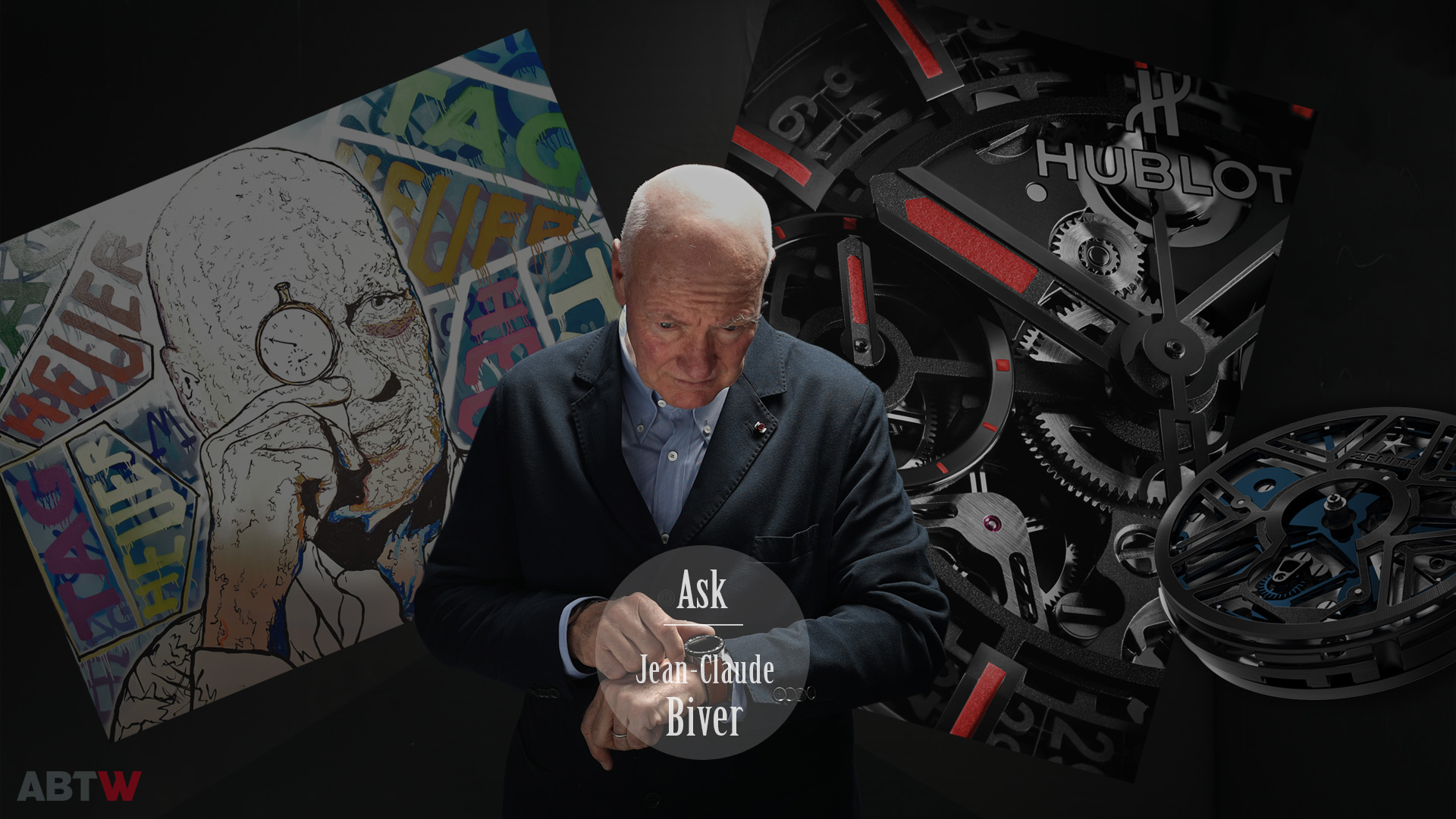 Head of the LVMH Watch Division, Mr. Jean-Claude Biver was invited by aBlogtoWatch to answer ten questions about watches or the watch industry as asked by the aBlogtoWatch audience. Here’s your chance to submit a question that our editorial team might pick in the top ten to have Mr. Biver answer. We promise to get a full and complete response to each of the chosen questions – but we clearly can’t ask Mr. Biver to answer everything. If this round of questions is a success, then we can aim to do another.

Jean-Claude Biver has had a life-long career in the Swiss watch industry that includes brands such as Audemars Piguet, Omega, Blancpain, Hublot, and now as the CEO of TAG Heuer (in addition to overseeing TAG Heuer, Hublot, and Zenith as part of the LVMH watches family). Jean-Claude is also an accomplished watch collector whose interests include a passionate focus on Patek Philippe. Many watch enthusiasts find this fact interesting given Jean-Claude Biver’s ushering in of the era-defining Hublot Big Bang and other “ultra-modern” luxury timepieces which intentionally skewed away from established classicism.

As a watch brand leader, Jean-Claude is seen as decisive and much more of a risk-taker as compared to colleagues at neighboring Swiss watch brands. Some speculate that Jean-Claude, not being a native of Switzerland himself, is less restricted by “tradition-bound” conservatism and rule rigidity that native Swiss managers are often accused of overly specializing in. Most of Jean-Claude’s contemporaries would praise Mr. Biver’s marketing tenacity and public speaking skills. Biver has a natural and enthusiastic charisma and takes pleasure guiding audiences as the in-focus storyteller. And a storyteller is what Jean-Claude Biver prefers to be – rarely being seen as putting his own ego ahead of brand or industry interests. If Jean-Claude can be accused of making mistakes, it is only because he can be likewise praised for making attempts.

I’ve written the above as a brief introduction to help the aBlogtoWatch audience formulate interesting questions from the perspective of a watch collector, brand manager, start-up founder, or mere devotee interested in the often direct and insightful responses that Mr. Biver is known for giving liberally. Five days after publication of this article we will review the comments section and choose up to 10 of the submitted questions to Biver. A follow-up article will include those questions and his responses. Thanks to everyone who participated and our apologies in advance if we were not able to choose your question.