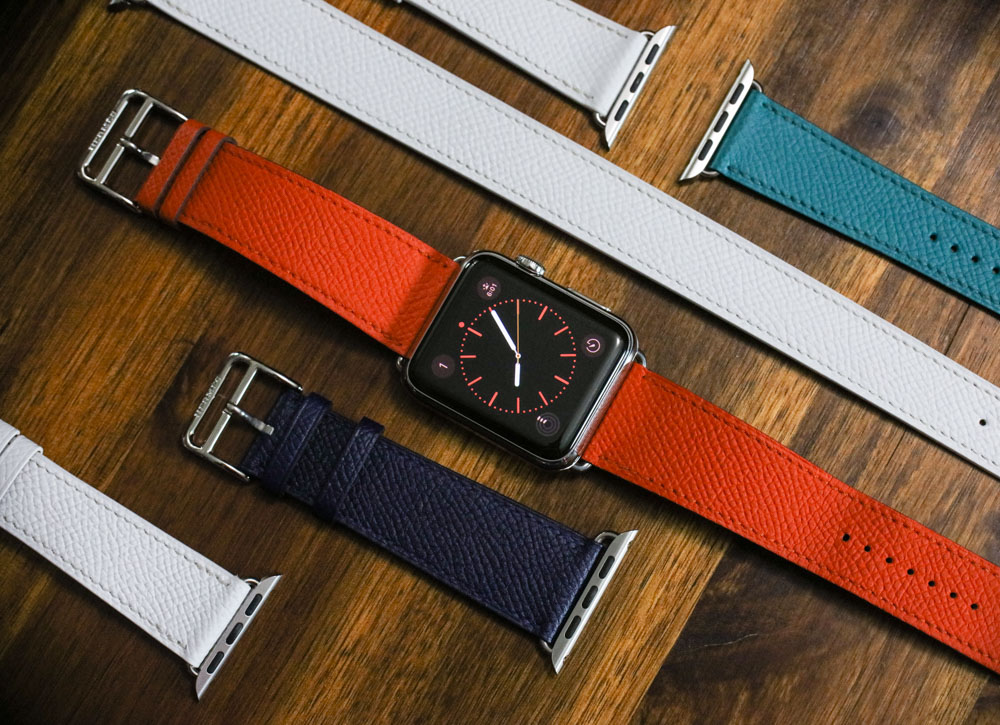 Near the end of April 2015, we published my “day 1” review of the Apple Watch just 24 hours or so after getting my own and putting it on my wrist for the first time. Later, in May of 2015, I followed up with another review talking about my experience wearing and using the Apple Watch for about a month. Now, in May of 2016, I’ve had the Apple Watch for about a year, and I wanted to once again examine my sentiments about what I feel is still the best smartwatch on the market. I have a lot of things to say about this lovely-looking wrist-worn gadget that represents (in my opinion) one of the most interesting products of the last decade. Apple has yet to announce an Apple Watch II or followup to the original Apple Watch. There haven’t been too many software updates, but Apple has rolled out a lot of new straps and some additional color choices since the initial launch of its first watch last year. Of course, since the Apple Watch launched, many other smartwatches have come to market – mostly being Android Wear-based devices – with prices both below and above that of the Apple Watch.

I’ll readily admit that my profession as a watch writer and reviewer does not lend itself well to wearing the same timepiece all the time. That means I have not worn the Apple Watch on a regular basis, but rather have gone in and out of periods of wearing it given the fact that I simply have so many watches to wear all the time. I can say that while I have sometimes worn both an Apple Watch and another watch on opposite wrists at the same time, I’ve found that I prefer to wear just one watch at a time. Thus, when I wear the Apple Watch I like to wear it exclusively, and when I wear other watches I engage in the same behavior. With that said, I can report that over the last year I’ve worn the Apple Watch more than any other other single timepiece I have as either part of my personal collection or as part of a review. Moreover, given that the Apple watch is more than a device to indicate the time, but rather a computing product, reviewing it (along with other smartwatches) is more complicated than reviewing a traditional watch. The Apple Watch is both the hardware and wearing experience, as well as the software and connected experience. These are different facets of the product and need to be considered separately.

Last, I’ve worn other smartwatches over the course of the year, including the TAG Heuer Connected watch. I’ve carried two phones for years, so this makes it easy to have more than one smartwatch. I can’t really say that the Apple Watch experience is better or worse than Android Wear because, ultimately, they are different. Apple is about a self-contained environment with their own software, hardware, and tightly controlled third-party apps. Android Wear-based devices all have the same software (well, mostly similar software) but the hardware can be quite different. So Android Wear versus Apple Watch is not a perfect comparison given what it is that you are evaluating. With that said, these two operating systems are easily the kings in the market and, in my opinion, still represent the most full-featured and robust “true” connected smartwatch experience. I’ll begin with saying that, after a year of use, I’ve discovered a lot of things about smartwatches both in terms of how people use them and how I feel about them. Watch lovers and other critics harshly penalized the smartwatch market with overt criticism and even hostility. I think many of those feelings have toned down a bit, but among many circles there appears to still be a prejudice against smartwatches as a segment. These mostly flow from two points of view, being “smartwatches are not watches,” and “consumers don’t benefit enough from wearing smartwatches.” I actually don’t wholly disagree with these points of view, but I also find them to be of limited relevance. It doesn’t matter if you can place the Apple Watch and its colleague products in the same category as traditional watches, and I think that people are too quick to attack what is still developing technology in a developing segment. I will say that the Apple Watch – in my experience – still represents the most fluid and refined smartwatch product of anything else out there. Much of this is thanks to the intense level of research and development resources Apple dedicated to the Apple Watch product, as well as the tightly controlled software experience. The hardware is probably the best Apple has produced in any product. I’m used to Apple products being fragile, but the Apple Watch (in steel) has put up with regular wear very well. Of course, the steel case has its share of small scuffs and scratches, but the overall construction is as good as anything from the traditional watch industry – actually better, if you directly compare most other watches in the under-$1,000 price range.

The Apple Watch looks much better than I expected after a year of use, and I think it is a credit to Apple – who have proven that they can make a watch that ages like a watch should. I’ll further say that the ingenuity and effort that went into the Apple Watch’s case and strap system design continues to impress me. Clever engineering and tight tolerances are best-in-breed. People often don’t give Apple enough credit for designing entire production systems to make Apple Watch cases, bracelets, and straps in a high quantity, with a high level of quality. This isn’t easy to do, and for the money, it is beyond impressive what Apple has been able to achieve the first time around with its seminal smartwatch product. I’ll speak more about the straps and other accessories below, as I have more to say on that. Right now, I want to talk about the operating system and user interface. Developing something robust and easy to use on a small screen with limited input options was probably the biggest challenge for Apple when it came to the Apple Watch. Granted it isn’t as intuitive as an iPhone, I’ve been really happy with the overall navigational experience using the phone’s various features and have never found myself looking too hard for various features. I also find that while the screen customization options are limited, you can tell that an enormous amount of effort when it to designing the various watch faces and options. Refinement is very high for what the Apple watch includes out of the box – though, I think Apple is slow in allowing users to customize their Apple Watch experience when it comes to the software side of things.