There are over a half a million kilometers of coastline in the world with over 2 billion people living within earshot of said coastline – and somebody’s got to keep ‘em all safe. The Bell & Ross V2-94 & V2-92 Garde-Côtes watches celebrate the men and women of the globe’s many branches of the Coast Guard who do just that, with a pair of sporty and capable watches that look and feel as though they’re readily up to the task. Now, if the V2-92 and V2-94 Garde-Côtes editions look eerily similar to the recent vintage-inspired V1-92 & V2-94 Bellytanker capsule watches that’s OK – Bell & Ross meant to do that. The ‘Vintage’ (delineated by the ‘V’ here) collection has a consistent design intent and aesthetic, which has proven to be quite popular for the French brand, so naturally we were bound to see a few more color treatments to the original three monochromatic options introduced earlier this year. Each measuring a more traditional 41mm, both the V2-92 and the V2-94 come in much smaller than Bell & Ross’ square-shaped 46mm BR 01, whose instrument panel inspiration has become a signature of the brand. And thanks to the one-two punch of a slim profile and a trendy, vintage-inspired aesthetic, the conservative silhouette works especially well on a wide variety of wrists too – something that should really appeal to anyone looking for an inoffensive, yet sporty alternative to the comparable, yet equally excellent Diver 65 from Oris. At the asking price for Bell & Ross though, you do start to see subtle embellishments typical with watches of this price point: stuff like beveled hands, a sloping date window cutout, and snailed and recessed sub-dials on the chronograph. You also get a very generously domed sapphire crystal, and an exhibition caseback which bears a somewhat non-specific Coast Guard motif that also slightly obscures a clear look at the finishing on the movement within. For the V2-92 3-hand option, you’re looking at an automatic BR-Cal. 302, which is essentially a modified Sellita SW300-1, and on the V2-94 chronograph, the movement is Bell & Ross’ Cal. 301 – a modified ETA-2894-2. Both Garde-Côtes variants are available on either a traditional brushed 3-link bracelet, or a smooth, tonal grey rubber strap that matches the grey dials. Neither are the most exciting option – especially considering how this sporty aesthetic could really come to life on the wrist once complemented with a little more color, like an orange NATO or black waterproof leather with contrast stitching. Furthermore, the flat, textureless grey straps seem to call undue attention to the 22mm lugs – a slightly unflattering width for a case whose vintage-inspired lines would probably be best served with 20mm lugs. However, the Garde-Côtes options really look the part on what Bell & Ross calls its “woven rubber strap,” which has a subtle textured embossing designed to emulate the woven ‘tropic’ straps found on many sports watches in the seventies. The end result feels a little more classic and capable, and is a better overall fit for the watch. If rubber’s not quite your speed though, the vintage collection also shines on leather straps, as we saw in the recent equally excellent Bellytanker capsule. Unlike the Bellytanker variants though, is how the Garde-Côtes take on a much more assertive, and sporty modern character, simply by taking a dip in a fresh coat of paint to shed the faux-vintage aesthetic. Most notably different, is the new bright orange chapter ring and matching second hand accents which nicely contrast the matte grey dials – livery inspired by the aircraft deployed by the French National Coast Guard. The dials themselves revert to the painted, luminous numerals of the original Vintage collection, rather than the applied metal indices found on the Bellytanker watches. The chronograph gets one additional detail exclusive to the Garde-Côtes, not found on the other Vintage-series watches: a pulsometer in the aluminum bezel insert for measuring a patient’s heart rate, instead of the more commonly found tachymeter scale. Now, how practical this would be in a crisis situation is probably open for debate. But it’s a neat thematic touch, because let’s be honest – we weren’t all cut out to be rescue swimmers (in fact, most of us weren’t – the program is proud of its notoriously high attrition rate, which rivals that of the Navy SEALs). The Bell & Ross Garde-Côtes collection prices start at $2,900 for the 3-handed BR V2-92 on the rubber strap, and jumps to $4,300 for the bi-compax chronograph variant. bellross.com 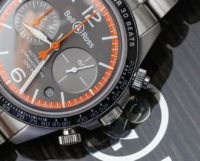 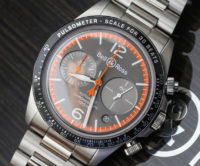 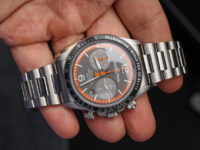 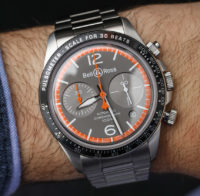 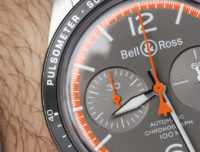 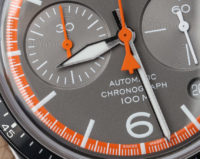 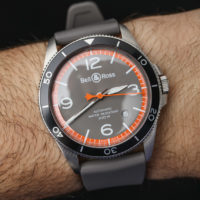 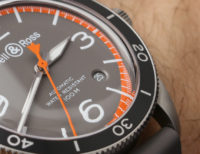 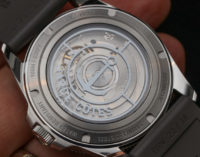 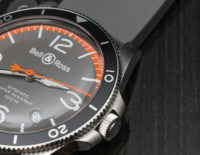