Oddly enough, two timepieces this year were designed to incorporate detent escapements – a form of escapement in the regulation system of a mechanical timepiece found almost exclusively in stationary clocks. One wrist watch to feature a detent escapement is the Christophe Claret Maestoso (hands-on here), and the other was the quietly announced Bulgari L’Ammiraglio del Tempo, that also contained a sophisticated minute repeater. Both the Christophe Claret and Bulgari watches are technical marvels, and they also combine a detent-style escapement with a constant force escapement system. It is really interesting how both of these watches seemed to be released around the same time.

The Bulgari L’Ammiraglio del Tempo watch begins with that classic Daniel Roth case shape – a brand Bulgari owned for a while and then later incorporated into itself, just like they did with Gerald Genta. This case shape can be best described as the mixture of a round case and an rectangular case, given its linear sides and curved top and bottom. Having said that, this is the largest version of this case design that I have ever seen, with its 47mm wide width and 50mm length. Comparatively speaking, its 15.1mm in thickness doesn’t seem too bad. I’ll say that the Bulgari L’Ammiraglio del Tempo watch is wearable, but on the border of not being so. The large case is in 18k pink gold, and there is a trick system to how Bulgari decided to incorporate the minute repeater activator. Note that there is also an 18k white gold version available with blue trim and a matching blue strap. The lower left lug on the case is the activator for the Carillon-style minute repeater when you slide it to the left. That means that lug doesn’t actually connect to the strap, so there is another structure underneath it. It all went into making the case design very complicated. There is an interesting view on the rear of the watch, through the sapphire crystal caseback, when the minute repeater is activated, as you see a sort of inner bezel moving on rollers.

Despite the large size of the case, the entire mechanism is extremely interesting and also cool to look at. Over the years, Bulgari has released a lot of highly complex watches with these case styles, and frankly, some of them are easy to confuse with one another. Though each is impressive, I think Bulgari could do a better job at making them a bit more visually distinctive, or give them a naming scheme that make them feel like they are all part of the same family. It takes a pretty dedicated enthusiast to make sense of the fuller family of Bulgari’s most high-end watches. One reason for that is also due to the fact that the brand isn’t on the radar of many high-end enthusiasts who see the brand as mainly a producer of women’s jewelry. That latter fact is true. Under the ownership of the large luxury group LVMH, Bulgari isn’t even placed in their normal watch making division along with Zenith, Hublot, and TAG Heuer. Rather, Bulgari has been segmented into the jewelry division. I can’t claim to understand this fact entirely, when Bulgari does produce so many interesting and complicated men’s watches. In 2014, along with timepieces like the Bulgari L’Ammiraglio del Tempo, the brand also released the world’s thinnest tourbillon, with the roughly 5mm thick Bulgari Octo Finissimo Tourbillon (hands-on here).

While the Bulgari L’Ammiraglio del Tempo will not win any awards for being small, it is, nevertheless, really technically interesting. The movement is the in-house produced caliber DR 7301. Manually wound, the movement has 516 parts and operates at a relatively slow sounding 2Hz (14,000 bph). Power reserve is 48 hours. While most modern movements operate faster, between 3-4Hz, they have different types of escapements. The detent escapement in the Bulgari L’Ammiraglio del Tempo operates a bit different and was originally designed for extreme accuracy. Highly susceptible to shock or movements, detent escapements are obviously a poor choice for wrist watches in most circumstances. Bulgari hasn’t explained too much about how they designed the detent escapement, but it appears to have a shock prevention system similar to that in the Christophe Claret Maestoso watch. Both watches also have cylindrical versus flat balance springs. This also has to do with accuracy, and makes the movement appear that much more interesting, given their three-dimensional nature. I’ll say that, while the lay observer might not notice anything different about the regulation system, the aficionado will quickly determine that what they are seeing in the DR 7301 movement isn’t common. To the upper right of the detent escapement is a constant force system which ensures that power going from the mainspring to the movement is consistent over time, even as the torque flowing from the mainspring is not consistent. That happens because when a spring is fully wound, it releases more torque than when it is close to being unwound. Because most regulation systems aren’t able to adjust for changes in torque, a supplementary constant force escapement can be really useful in ensuring accuracy over time. Sure, you can just get a quartz watch if you are interested in the most accuracy, but it is an interesting exercise in one’s passion for mechanical watches to seek out the most accurate timepieces available without having to resort to getting an electronic timepiece. Impressive finishing on par with what you would expect from a watch of this ilk and a suitably avant garde design make for what, of course, will be a highly exclusive and noteworthy collector’s watch. While I don’t think I’ll be seeing too many Bulgari L’Ammiraglio del Tempo watches on the wrist in the wild, I can still hope to find one out there – at which point I can proceed to interview the wearer on how that whole unique regulation system actually translates to real-life performance. For me, the ultimate irony when it comes to watches like this that are designed for accuracy (at least that appears to be the case), is that the brands very seldom mention or offer any information related to performance expectations. It feels like a car company that espouses the notion that a new engine is all about enhanced fuel mileage, but that then fails to actually mention what its fuel mileage might actually be. 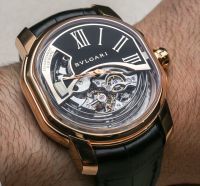 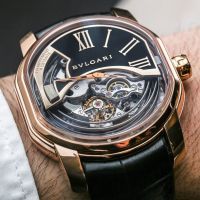 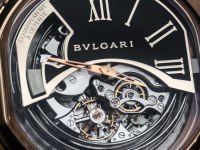 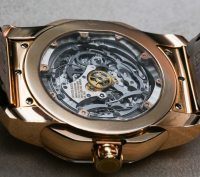 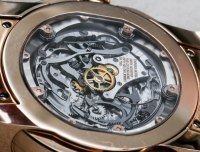 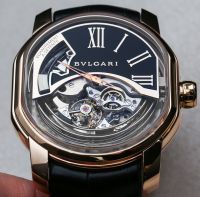 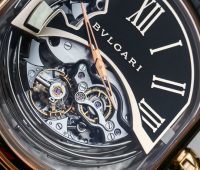 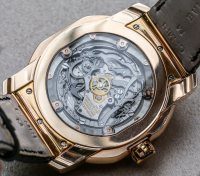 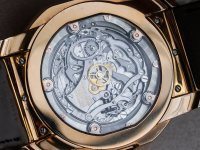 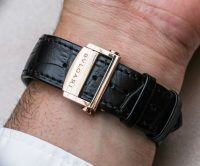