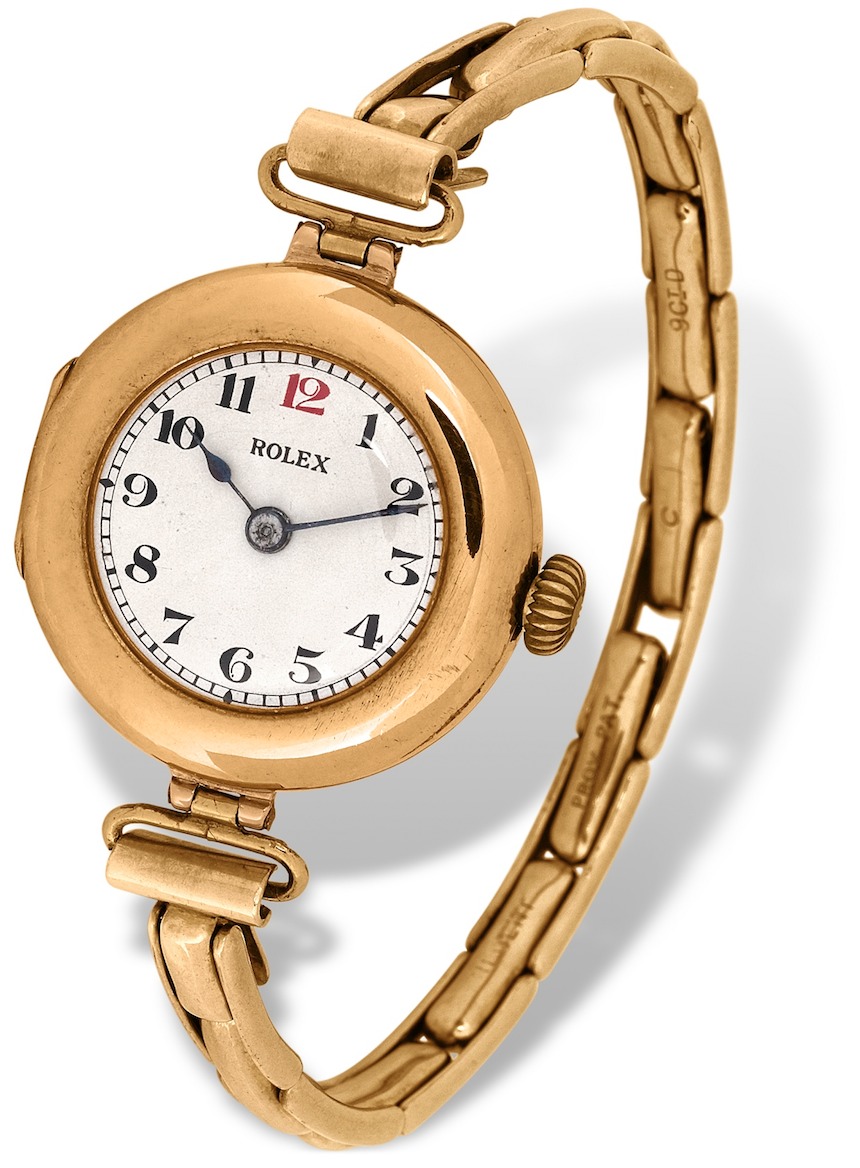 As proudly stated on their dials, all Rolex timepieces manufactured today are certified chronometers, meaning that every single one of them has been rigorously tested for timekeeping accuracy. With that in mind, we could – and perhaps we do – take the accuracy of a Rolex watch for granted, so now let’s take a look back in time and discover how Rolex have created the first chronometer certificate wristwatch ever, tested and awarded by the incredibly demanding Kew Observatory exactly 100 years ago.

Those intrigued by the provenly superior accuracy of timepieces will surely be familiar with COSC (Contrôle Officiel Suisse des Chronomètres), the official Swiss chronometer testing institute that has been issuing certificates since 1973. The history of chronometer certification goes back hundreds of years however, as these clocks and pocket watches of exceptional quality and timekeeping performance actually served as navigation instruments on the decks of ships sailing across the seas. Therefore, the accuracy of such devices was of key importance, as deviations in excess of just a few seconds per day would have largely compromised the accuracy with which the position of the ship could be told.

While the process of how the wristwatch turned from a ladies’ accessory into an everyday item worn all over the world is rather complex and worthy of a dedicated article, for now we will concentrate on the sole greatest issue with the earlier examples of wrist-worn timepieces, reliability. We also discussed the issues related to their resistance (or their lack thereof) to dust and water in our article about the history of dive watches, so now let’s focus on the other – and just as significant – problem watchmakers had to face: timekeeping accuracy. Beyond being rather fragile and requiring special care, early wristwatches were also extremely inaccurate with gains and losses in excess of several minutes and more per day – destining them to be jewelry or accessories rather than “true watches” that told time in a reliable fashion. Hans Wilsdorf, the founder of Rolex, was among the very first to realize that the wristwatch could never become truly popular as long as the aforementioned key issues persisted. At the time, around the first decade of the twentieth century that is, he was also among the few who foresaw and believed in the wristwatch’s potential to become a must-have item that would be worn not just by the wealthy few, but rather by nearly everyone in the world. It was this strong belief that motivated him to find solutions to the reliability issues of wristwatches. Actually, to be telling you the full story we must note that as early as 1910 his persistence coupled with some of the company’s ingenious engineering solutions resulted in the first chronometer certified watch by Rolex, although the brand today does not communicate on the details of that watch or the quality of the chronometer certificate.

With that said, it was this extremely early achievement that showed Wilsdorf and his team at Rolex the potential of the wristwatch that ultimately led to that truly important piece which we are discussing today. So, fueled by their initial success in 1910, they went on to further research the accuracy of wristwatch movements and just four years later, in 1914, their work came to fruition, as a little gold Rolex watch was first awarded a “Class A” certificate by the Kew Observatory in Great Britain.

The reason why this is a hugely important moment in the history of the wristwatch is that the Kew Observatory actually was one of the most prominent institutions in the world to grant chronometer certificates as it was Kew’s responsibility to test all submitted clocks and watches, ensuring that they were reliable enough to be used by the Royal Navy. The observatory’s demanding criteria comprised a 45-day long test of all submitted watches in five different positions and at three different temperatures (ice-cold, oven-hot and ambient) – and the little Rolex watch passed all of them with an average rate of less than +1 seconds per day! For those obsessed with timekeeping accuracy, we would recommend browsing through the image just above, as it is the “Abstract of the results of trial of watch,” or in other words, the document that comprises the rate results of the Rolex watch that was submitted to the Kew Observatory’s test. When it comes to chronometer tests (or competitions), points are awarded in different categories and in Kew’s tests a total of 100 points could have been scored – by the perfect watch, that is. 40 points were awarded for a complete absence of variation of daily rate (i.e. a watch that runs at +0 seconds a day), 40 points for absolute freedom from change of rate with change of position (i.e. a watch whose timekeeping performance is unaffected by the position it is in), and 20 points for perfect compensation for effects of temperature.

There are a lot of things to consider as far as watches are concerned, and of course, one can never get everything right. For example, while a movement can be adjusted to run at a nearly perfect rate in one position, this setting would greatly upset the rate in other positions. It is a game of getting the balance of all performance-figures just right, from the torque of the mainspring, up to the moment of inertia of the balance wheel, and the length of the balance spring. The little Rolex scored a total of 77.3 points out of a total of 100, achieving “marks for superior merit.” With all that said, what is it that makes this achievement truly important from our perspective? It is the fact that exactly one hundred years ago today, on the 15th of July, 1914 a tiny gold wristwatch finally proved that a watch is physically capable of being accurate, and maintaining that claim over the course of 45 days in a controlled environment that would submit it to many of the calamities real life would hold for it.

In essence, the wristwatch was off to a bumpy start around the early 1900s, as it was considered to be fragile, unreliable and inaccurate. Over the course of a century it has become highly accurate, more resistant to shocks, temperature changes, and water, and hence has undeniably become an essential part of everyday life. But all these incredible feats have likely never been achieved had the wristwatch remained infamously inaccurate, rendering it useless for purposes beyond wearing it as jewelry or an accessory. With that in mind, we should turn the pages of horological history back a hundred years today and acknowledge that a century ago a little watch proved that wristwatches can be as accurate as the larger, more traditional clocks and pocket watches. rolex.com