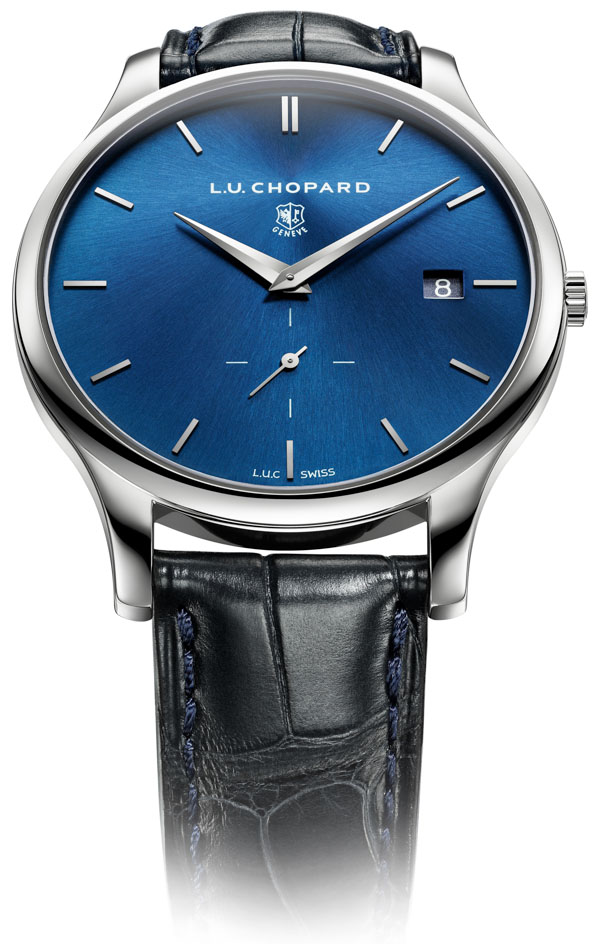 When you create a limited edition watch of just 25 pieces in platinum you are basically creating a perfect “my timepiece is still cooler than yours” watch. Chopard’s L.U.C XPS is a simple dress watch, but it is one of my favs, and in addition to having a sexy design it has a lot of horological bragging rights. Now that the piece has the Geneva Seal on it – that new tougher to get Geneva Seal – any watchianado can say, “screw your AP, this guy here was built in the canton of Geneva – and according to some prissy Swiss official, it has superlative bridge polishing. Shit, that type of polishing is extra expensive around here.”

The benefits of the Seal of Geneva (ahem, “Poinçon de Genève”) are obvious to people like me, and perhaps you, but I just realized how utterly esoteric the concept would be to most people. Imagine a salesperson trying to explain it to some average Rolex buyer at a shopping mall. Awkward hilarity would ensue. Brands like Omega have sort of figured it out when they thrust terms like “Co-Axial” at the consumer. Co-axial escapements are cool and all, but the majority of people with them on their wrist haven’t a clue what they are. But it sure does sound sort of cool, and Omega’s prime intent is to simply hammer the consumer with it. Anyhow, going back to Chopard and this limited edition platinum version of the L.U.C XPS with that lovely blue dial. I got to thinking, “how would you properly wear a dress watch like this?” Most dress/formal watches are back, so how about one with a blue tuxedo? The most famous blue tuxedo that I came up with was worn by Jeff Daniels’ “Harry” character in Dumb & Dumber. Given how in the film they start blowing through money, I don’t think that purchasing a timepiece like this would have been out of the question. Though, given the duo’s famous lack of good taste and judgement, I don’t think something as classy as a L.U.C XPS would have caught their eye. Perhaps a watch like this is destined for a later, more mature and sophisticated Jeff Daniels character.

So let’s fast forward to now when Daniels is currently the star of HBO’s “The Newsroom” where he plays Will McAvoy – a brainy and outspoken news anchor and former attorney. He also seems to prefer wearing the color blue oddly enough. I think the likes of a Chopard L.U.C XPS in this platinum and blue dial guise would fit the bill quite nicely. While the solid platinum case back of the watch does have a hand-engraved Geneva Seal on it, it doesn’t feature an open case back. That is sort of a shame given how nice the in-house made L.U.C 96.01-L movement is.