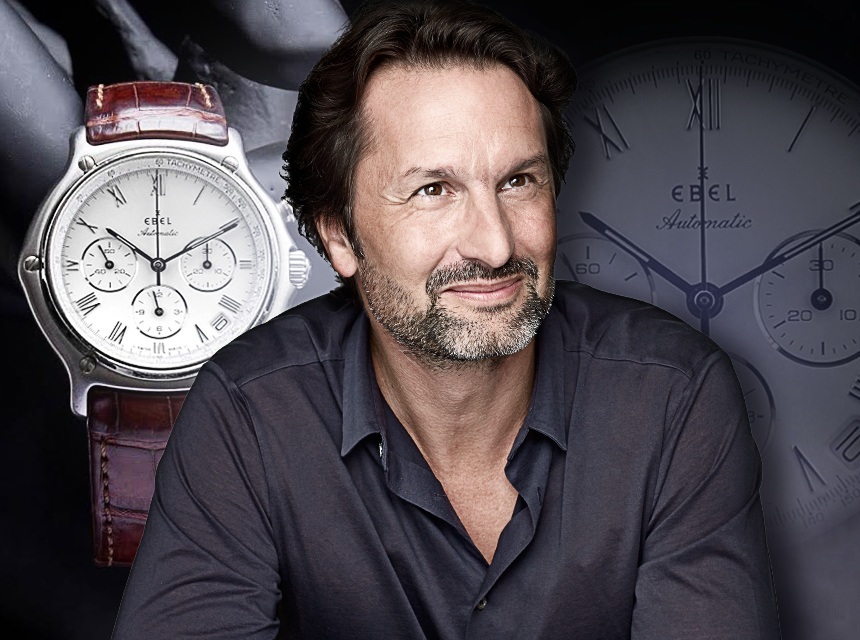 Welcome back to an original aBlogtoWatch feature, “My First Grail Watch.” In this series, we ask prominent people in the watch industry about the first timepiece that they lusted after. Today, we’re speaking with Maximilian Büsser who, of course, owns MB&F, which stands for “Maximilian Büsser & Friends.” Read on to learn how he got hooked on watches, and about the accident that led to him acquiring that first grail.

Maximilian Büsser: When I was 18. In 1985, my parents wanted to give me a watch as a gift. Their budget was 700 Swiss Francs (approximately $800 USD), and an enormous amount of money for them and for me, so I started researching what was available at that price. At some point, I was sitting in university next to a guy who is wearing a watch I did not recognize. I ask him what it is, and he replies, “a Rolex.” I have no idea what it is.

When he tells me it has a mechanical movement, I look at him in total disbelief; when he tells me the price (I will always remember: 4,700 Swiss Francs, the amount I would earn in a year as a cinema usher in the evenings, selling Hi-Fi on Saturdays, and giving private math tuition during lunch break), I insult this poor guy. How on earth can anyone be so crazy or stupid to spend that sort of money on a watch – mechanical, at that? I instead ended up buying a Tissot gold and steel quartz watch. Can you hear my head banging against the walls ever since?!

In our third year of university we were allowed to choose the subject of a project which must mix sociology and engineering, and I immediately chose this topic: why would anyone pay these insane amounts of money for a watch? That was not the title, but it was clearly my scope. And then a miracle happened. When I wrote to the brands for an interview, every CEO actually gave me an hour of their time: Breguet, Vacheron-Constantin, Audemars Piguet, Jaeger-leCoultre, even Mr. Gerald Genta himself. What I discovered during those visits and talks made my head spin. I was hooked for good. Maximilian Büsser: An Ebel Chronograph in steel with the El Primero movement.

Maximilian Büsser: In the late 80s, Ebel was, in Switzerland, the epitomy of cool. Pierre-Alain Blum had done an incredible job resuscitating the brand. While Rolex was still in the gold president bracelet watch attitude that did not interest any youngster, Ebel had launched the whole “Architects of Time” campaign, which hit the nail just right. Even Don Johnson was wearing an Ebel Chronograph in Miami Vice (amazingly, that was extremely cool back then)!

So not only did I find the design beautiful (oh, those curves appealed to me) but, more importantly, the iconic Zenith El Primero 36,000 oscillations chronograph beat in it. Add to that small details like white gold crown, pushers, and bezel on a steel watch, and I was smitten.

ABTW: Even 20+ years down the line, those details still resonate! Was there ever a time in your life when you were able to pick one up?

Maximilian Büsser: In 1989 (at the age of 22) I did my Swiss military service. In the middle of it, I had a terrible accident where my Jeep overturned. I was thrown out and it actually landed on my back at 50 km/h. I should have been dead. No question. In fact, I am still wondering today how come I am not.

After six weeks in the hospital, I hobbled onto a bus into town, and went directly to the small watch store called “Le Diadème” in Lausanne. My whole torso and right arm were in a cast, but luckily my left arm was free. I left with the Ebel Chronograph on its wrist to celebrate that I was still alive. Oh, and I emptied my bank account in the process.

ABTW: That is quite a life-changing event, and certainly puts a lot of sentimental value on the Ebel. I assume this is a watch you still have?

Maximilian Büsser: Of course I still have it, but I do not wear it anymore. My wife does from time to time. Every watch that I ever bought was a landmark of something in my life, and now that I have the luxury of creating my own pieces, each year is a new landmark by itself. Every year, I celebrate the fact that I am alive and creatively free.