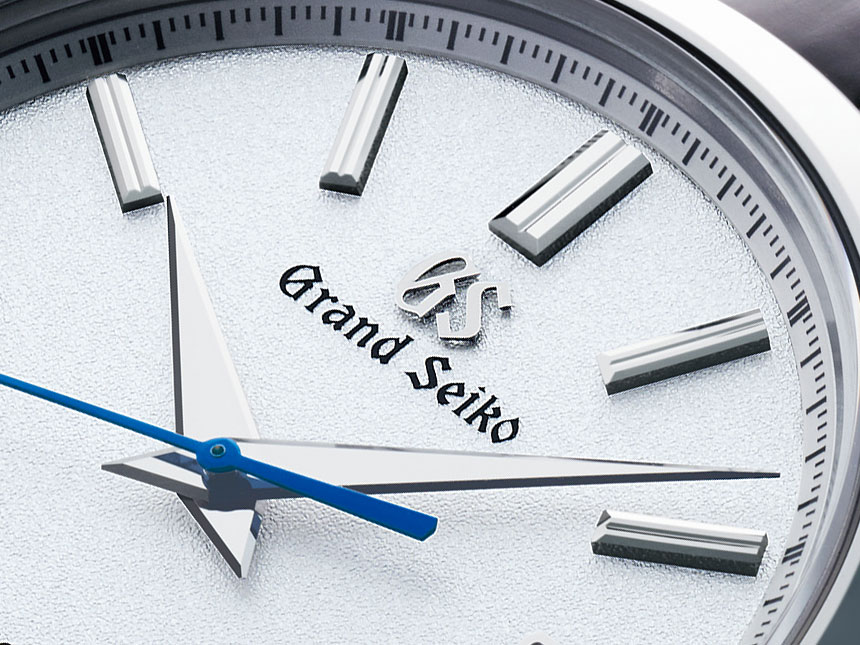 As a high-end sub-brand of Japanese watchmaking giant Seiko, Grand Seiko has always stood apart. Now, however, it does so formally, as President & CEO Shinji Hattori today announced that Grand Seiko will be presented as an “entirely separate brand” from Seiko. This, in essence, should be interpreted as more of a rebranding exercise and not to mean that the company is now completely independent of Seiko. We don’t yet know all that this will mean for the brand and its products, and while we don’t expect a drastic change in direction, we do know that the Grand Seiko logo will be at 12 o’clock on products going forward, including the products presented at Baselworld 2017 – which we will, of course, be sharing with you. Up until now, most Grand Seiko watches were designated as such at 6 o’clock while the Seiko logo was prominent and primary, at 12 o’clock. The benefits of such a rebranding are obvious – and what would the drawbacks be, anyway? It will, hopefully, allow the brand to more clearly distinguish itself as a prestigious, high-end product, rather than one sharing a logo with watches that sell for under $100. Seiko’s universe of often overlapping sub-brands, collections, lines, styles, technology, terminology, prices, and target demographics is… vast, to put it mildly. It is also confusing, even for educated watch lovers and Seiko product fans. While “Seiko” is still in the name, an independent brand identity should help achieve in consumers’ minds the prestige and recognition Grand Seiko seeks – and deserves. Grand Seiko was launched internationally only in 2010 and has come a far way from being a somewhat obscure treat for the nerdiest collectors in the know to the broad recognition it has achieved today. Its progress is a remarkable accomplishment, especially considering the hurdle of perception being Asian in the mostly European club of high-end watches as well as the association with inexpensive, mass-produced watches. The brand has already managed to become one of the hottest topics among the watch-collecting and -appreciating community in recent years, and this rebranding aims to expand upon that territory. As they made this part of their Baselworld splash, along with some releases we are, of course, also bringing to you, we can anticipate an even greater surge of activity from Grand Seiko in the coming months and years. grand-seiko.com