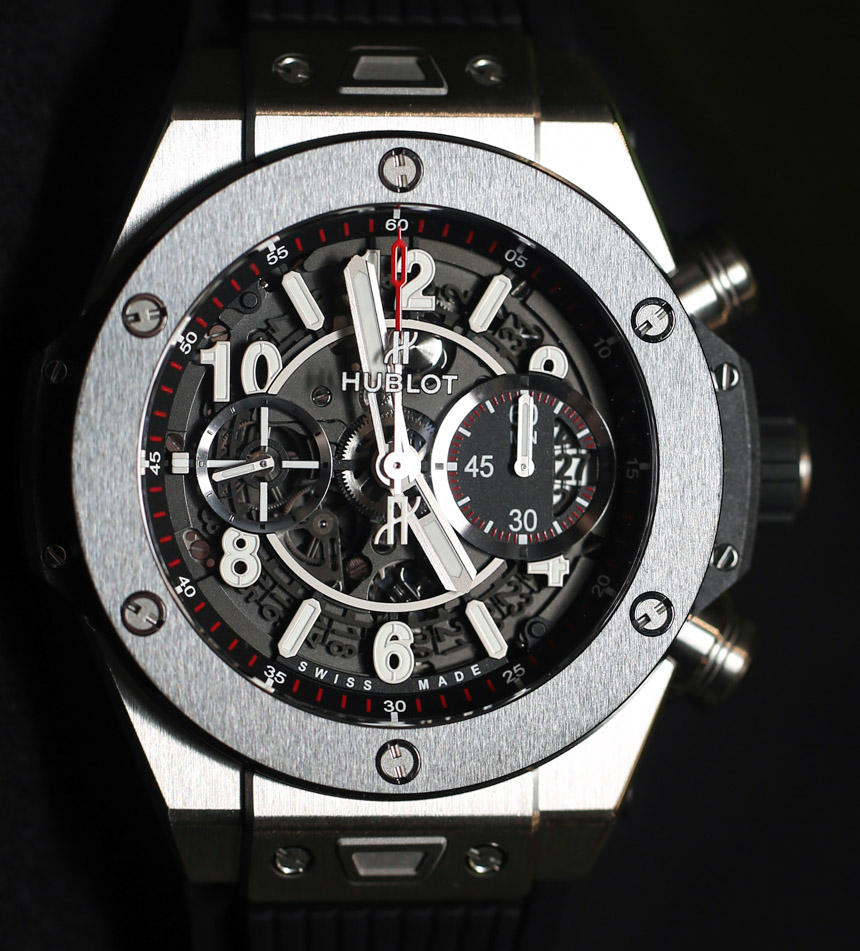 It was 2005 that Hublot originally released the Big Bang. This was at the height of the global economic boom (only to be followed by a huge downfall about three years later), and Hublot was about to become a powerhouse again. The Big Bang quite literally jump-started the once ailing brand. Just a few years before Hublot was purchased by Jean-Claude Biver who saw the brand as an investment and challenge. He had just come from Blancpain and Omega, the former of which was purchased by Biver himself in the early 1980s for about 22,000 Swiss Francs, only to be sold to the Swatch Group in 1992 for about 60 million Swiss Francs.

Biver was credited as having helped revitalize Omega and Blancpain, and his next project was Hublot, which had been dwindling for years after having been founded in the early 1980s. Eventually Hublot was purchased by LVMH in 2008. Hublot marked a new challenge, but nothing that Biver wasn’t prepared for. Unlike the classic approach of Blancpain or the sport and celebrity connections of Omega, Hublot would be something new that emphasized modern materials and design. In a cocoon of Biver’s famously charismatic marketing speak and vision of success the Big Bang watch was born. For 2013 it finally gets a true successor. For years it seemed as though Hublot was only producing Big Bang models, By 2007 or 2008 people started wanting new models. Eventually those models came with the larger King Power watch, as well as more classic fare such as the Classic Fusion. Nevertheless, the modern military-styled 44mm wide Big Bang was at the heart of the brand for years – and Hublot produced dozens of variations, oftentimes in limited editions.

The secret to the Big Bang was how it was aimed at the right demographic with the right design. Hublot wasn’t trying to convince Blancpain wearers to suddenly wear a modern looking high-end sport watch. Instead, Hublot was trying to offer Rolex and other more standard luxury sport watch wearers something novel, and arguably more “now” to wear. Hublot was innovative in that it was perhaps the first major Swiss watch brand to focus on the affluent black community in the United States. This helped the brand make headway in pop culture, and even got itself named in a few songs. Despite not having the heritage or prestige of some other brands, the Big Bang really took off. With the larger King Power watch that followed the Big Bang becoming very popular, the original 44mm wide size of the Big Bang was starting to seem small a few years ago. Hublot wearers wanted something larger, and oftentimes women were found wearing 41mm and 44mm wide Big Bang watches. Hublot had been planning a follow-up to the Big Bang for sometime, but it took them a few years. The first major hurdle was the complexity of in-house production. For a while Biver wanted to outfit the Big Bang with an in-house made Hublot movement. Big Bang watches used modified versions of the Swiss ETA Valjoux 7750. Decent movements of course, they were nevertheless rather ordinary and were often attacked as not being exclusive enough for a watch priced like a Big Bang.

Hublot began to produce some extremely high-end movements in-house in around 2010 after famed movement maker BNB Concept shutdown due to a lack of paying customers (due to the recession). When the company shutdown after declaring bankruptcy, Biver purchased many of the company’s assets (including machinery) and hired the lead designer (Mathias Buttet) to work for Hublot. Buttet, never a “money guy” has been quite happy at Hublot and is currently in charge of developing their most high-end creations. He and/or his machines from BNB Concept helped in the development and eventual production of the Hublot UNICO – an in-house movement whose goal it was to replace 7750 movements in Big Bang watches. The UNICO was meant to be the higher-volume in-house movement that Hublot needed (next to its small production of in-house tourbillons, etc…). However, the UNICO took a long time to develop, and suffered some delays as Hublot perfected the materials used in the movement. Early versions of the UNICO for example were planned to have carbon fiber main plates. It was an ambitious concept that was in fact used in some watches, but apparently didn’t turn out to be something that Hublot could produce in large quantities from about 2011-2012.

In early 2013 Hublot seemed to be offering the UNICO movement in more models, and at Baselworld 2013 the UNICO was finally in not just a Big Bang watch, but a brand new and refreshed Big Bang. With an in-house movement powering it, the Big Bang was finally the “in-house made” timepiece base-level Hublot that the brand always wanted to offer. The design of the watch came about in big part thanks to Ferrari.