The recently announced Jaeger-LeCoultre Geophysic collection for 2014 is not only the beginning of a brand new line within the brand, but is also a re-release of a rare Jaeger-LeCoultre model from 1958. The past several years have seen the release of numerous “homage” timepieces from many of the world’s most prestigious watch manufactures. Some of these have been executed extremely well, becoming instant hits and top sellers; others, not so much.

As a collector and enthusiast of vintage wristwatches, I am intensely critical of “reissue” pieces, and often find plenty of nits to pick with even the most superbly crafted examples. But the one brand that has, without fail, met and exceeded my expectations for honest and thoughtful homages time and again is Jaeger-LeCoultre–and I am not alone in saying so. JLC has set a standard for heritage-inspired timepieces; not by simply copying their historical models, but by modernizing them intelligently and creatively while staying true to the original concept. Pieces such as the Tribute to Polaris, Deep Sea Alarm, and 1931 Reverso are simply masterworks of modern design, and have without question become modern classics in their own right. The fact that each of these pieces would look right at home in a watch box full of timepieces from the mid 20th Century isn’t the only plus. Jaeger-LeCoultre has gone to great lengths to ensure that their modern heritage collections are practical reflections of current wristwatch design and manufacture, utilizing high-end materials and movements, without over-complicating the final product. In other words, they are the perfect combination of practical, svelte design and modern technology–at least that is one man’s opinion. Jaeger-LeCoultre, a member of the Richemont Group, was one of the brands exhibiting their 2014 line at SIHH this past January, and had a bevy of new timepieces on display, all of which were generally impressive. What we didn’t know was that they were holding back on us: there was another piece in the pipeline that they decided not to unveil until this past week, and that is three new Geophysic watches in steel, gold, and platinum. Its probably a good thing they didn’t show it to us then, otherwise my head may have exploded due to an overwhelming amount of awesomeness at one time. Presented to a limited invite-only crowd of enthusiasts, bloggers, and writers in both New York and Los Angeles is the all-new Jaeger-LeCoultre Geophysic 1958.

The Geophysic 1958 takes its design cues from the original Geophysic model released in–you guessed it–1958. The original model was available for one year only, and is a true rarity on the collector market. The original version was cased in steel at 35mm with two dial options, and featured a chronometer rated manual winding movement (the new version is 3.5mm larger in diameter and features an automatic calibre). The original release was a commemorative model celebrating both the 125th Anniversary of the Manufacture as well as the first “International Geophysical Year,” a challenge sponsoring scientific exploration made by an international panel of governmental science foundations.

1958 was also the height of the Cold War, a nuclear détente between the United States and the Soviet Union. In a rush to build up defenses (and offenses) to one another, both nations invested heavily in atomic submarines, which provided self-sustaining mobile missile platforms that could be positioned close to the enemy shores for rapid deployment. It was believed that the Soviet Union’s northern borders were protected by the arctic regions, however exploration under the ice caps during this time proved that there was no northern continent. The atomic submarine Nautilus was the first to successfully reach the North Pole and surface through the polar ice, which was as much a coup de etat for science and exploration as it was for posturing against our communist counterparts. During these explorations, the Captains of the Nautilus were given original Geophysic wristwatches. The strong magnetic fields in the region would wreak havoc with standard non-insulated measurement tools, so the anti-magnetic properties of the timepiece made it a useful piece of kit.

Ultimately, the original JLC Geophysic firmly encapsulated the “geo-political” vibe of its era in regards to exploration and conflict, and provided perhaps the most straightforward and simply elegant tool for the job. Due to limited production and distribution, these originals are rarities on the collector market, and it is terrific to see a modern homage being brought to market that honors both the design and “emotion” of its ancestor. Like the original, the new release has anti-magnetic properties, providing protection up to 600 gauss. While it is unlikely that many of these will see the kind of serious field use that the originals did, it is nice to know that JLC didn’t cut any corners when designing it. In fact, in-house at the brand there was controversy over the re-release of the watch (as there always is when it comes to what models they ought to re-release). We are told that the debate within JLC was intense, and pushed through by those members of their inner team that passionately felt the return of the Geophysic collection would add a welcome character to the overall product line even beyond these initial limited edition models. Like the originals, the design of the Geophysic is clean and sharp, coupling crisp case design with clean white crosshair dials. The steel and rose versions sport Arabic numerals at 3,6,9, and 12, while the Platinum version features numerals only at 12 and 6, closest to the original design. The design of the hands are modeled after the original as well, and feature the same pre-patinated lume coloration as other pieces in the Tribute collection.

One of the easiest to miss details is the points of lume on the flange ring around the periphery of the dial. This design detail is a modern analogue to the originals, which had a feature which is all but gone even on existing vintage pieces. According to Jaeger-LeCoultre, the original Geophysic watches had small points of lume applied to the underside of the crystal. This was an interesting detail, but what happened is that when the crystal was changed, the factory lume went with it, and watchmakers servicing the watch never applied the lume points to the replacement crystals. For that reason an original Geophysic with intact lume points on the crystal is among the rarest collectible production watches that one will ever find. In order to not make the same “crystal mistake,” (even though crystals today are sapphire) Jaeger-LeCoultre decided to apply the lume points around the dial.

The case is a combination of polished and brushed elements (polished bezels and lug-tops with brushed sides). Despite the slightly larger dimensions of the modern piece, it retains near-perfect proportions and wears very comfortably on the wrist. I’ve said it before and I’ll say it again; modern timepieces are finally becoming available in a size down from the wrist-monstrosities we’ve been subjected to for the last decade and a half, and the Geophysic at 38.5mm may just be the most perfect execution of the new wave of “sensibly sized” gentleman’s timepieces I’ve seen yet. Kudos to JLC for keeping it under 40mm. Seriously. The Geophysic 1958 is a timepiece that people will either “get” or won’t. In its simplest form it appears to just be a small-cased antimagnetic self-winding men’s wristwatch with a simple dial and a well-known brand name. There is sure to be plenty of pushback on the price by those who aren’t clued in. And that’s fine, because for the rest of us we’re already adjusting our stock portfolios and preparing our checkbooks. The Geophysic is a perfect example of a “true horologist’s” wristwatch. It is precision-crafted to be a versatile, practical, and stunningly simple timepiece while maintaining a bridge to the history and context of its ancestor. It eschews unnecessary complication and exists solely as a thing of great design. My prediction is that the steel versions will ultimately become the most desirable, and many will see regular wear and use from passionate enthusiasts. It is a modern classic in every sense of the term.

Necessary Data
>Brand: Jaeger-LeCoultre
>Model: Geophysic 1958
>Price: $9,800-$32,000
>Would reviewer personally wear it: Does the Pope shit in the woods? (Yes)
>Friend we’d recommend it to first: Horologist without a cause.
>Worst characteristic of watch: Would have loved to see the case back design of the original recreated here.
>Best characteristic of watch: Overall case, dial, and hands design is masterful, perfectly proportioned and a fitting modern adaptation of the original. 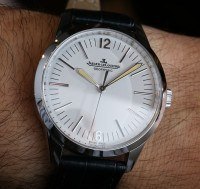 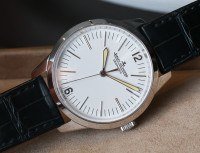 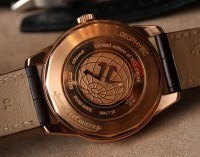 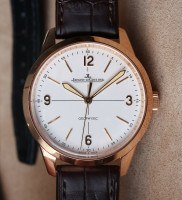 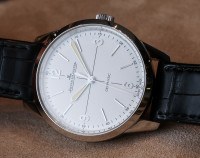 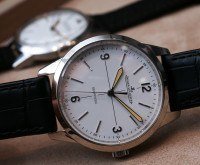 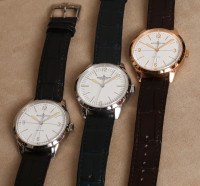 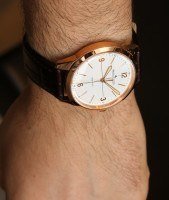 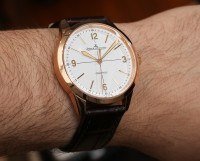 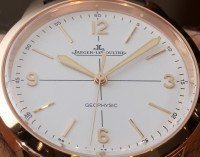 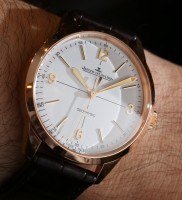 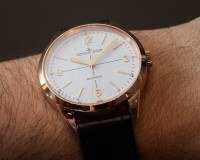 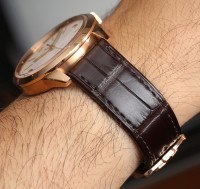 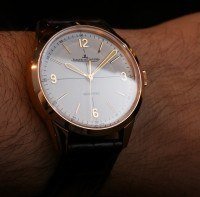 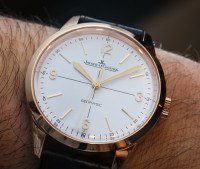 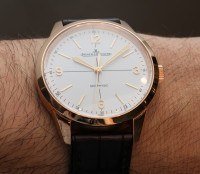 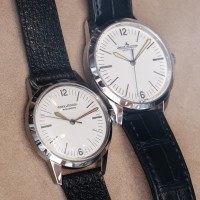 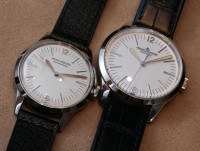