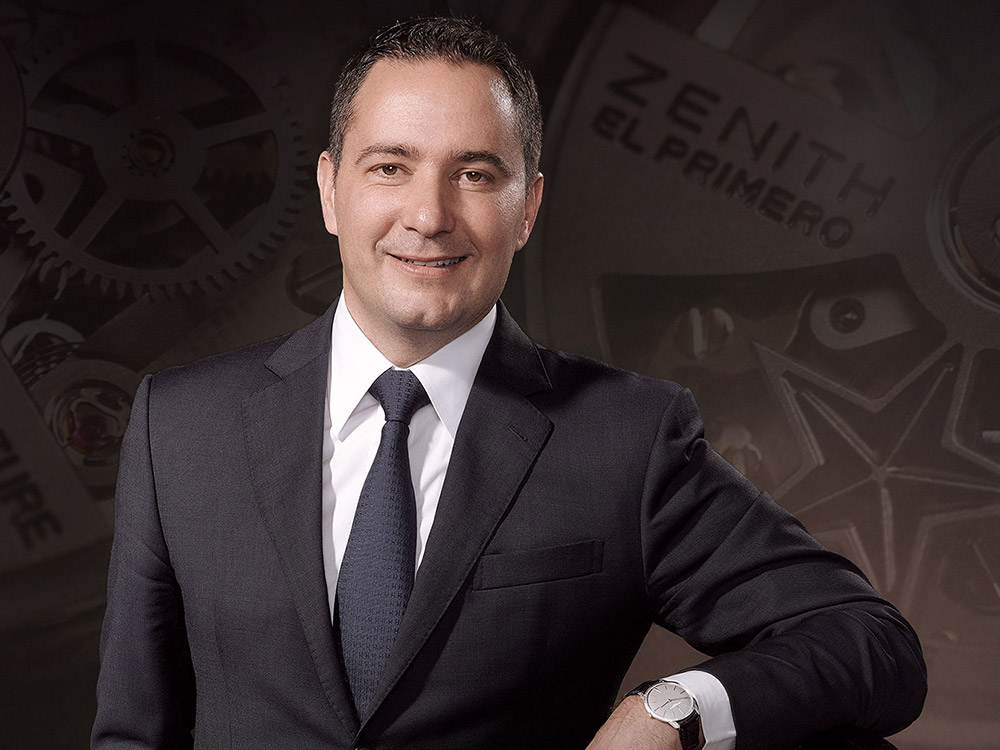 Head of Watchmaking at LVMH Jean-Claude Biver has named Julien Tornare as his pick for the role of CEO at Zenith Watches. Earlier this year, Biver announced that Aldo Magada had resigned and that he would himself take over as the interim CEO of Zenith. Back then, Biver said that he hoped to appoint a new CEO for Zenith within six months. And after his interim CEO position at TAG Heuer seemed to be becoming indefinite, it wasn’t clear just how much Mr. Biver intended to take on in addition to his vague but regal title at LVMH. But now, just three months later, we have our man to run Zenith. Julien Tornare has been in the watch industry for nearly two decades and has spent the last 17 years at Vacheron Constantin, where there have also been recent management changes along with other Richemont brands. Mr. Tornare started at Vacheron Constantin as the market head for Switzerland, and his last post at the brand was Managing Director for Asia-Pacific, where he helped grow the number of boutiques in the region from 3 to 13. Tornare will face an uphill task at Zenith, where turnover and profits have been declining non-stop since 2014, as we have seen as a trend across the industry with each major Swiss group scrambling to react in their own ways to difficult market conditions. The outspoken Biver is not known to be an exceptionally patient man, and regarding Magada’s departure at Zenith earlier this year, he said that he had lost “a certain confidence” in the ability of the managing team, which led to strained relations. Industry-watchers agreed with Biver that Zenith had stagnated and failed to live up to its potential in recent years. At Baselworld this year, we named the Zenith Defy El Primero 21 one of our “top 10” watches of the show, and took it as a sign of the brand’s refresh and possible Biverian direction going forward. It still remains to be seen, however, how the brand will evolve under Tornare and Biver’s leadership and what kind of watches we can look forward. Tornare will report directly to Biver and, according to a press release from the brand, will be focusing on the “renewal of Zenith” as well as the development of its markets and marketing activities. Zenith is a brand with a rich history and it will be interesting to see if and how Tornare and Biver will be able to seize upon all that potential. zenith-watches.com