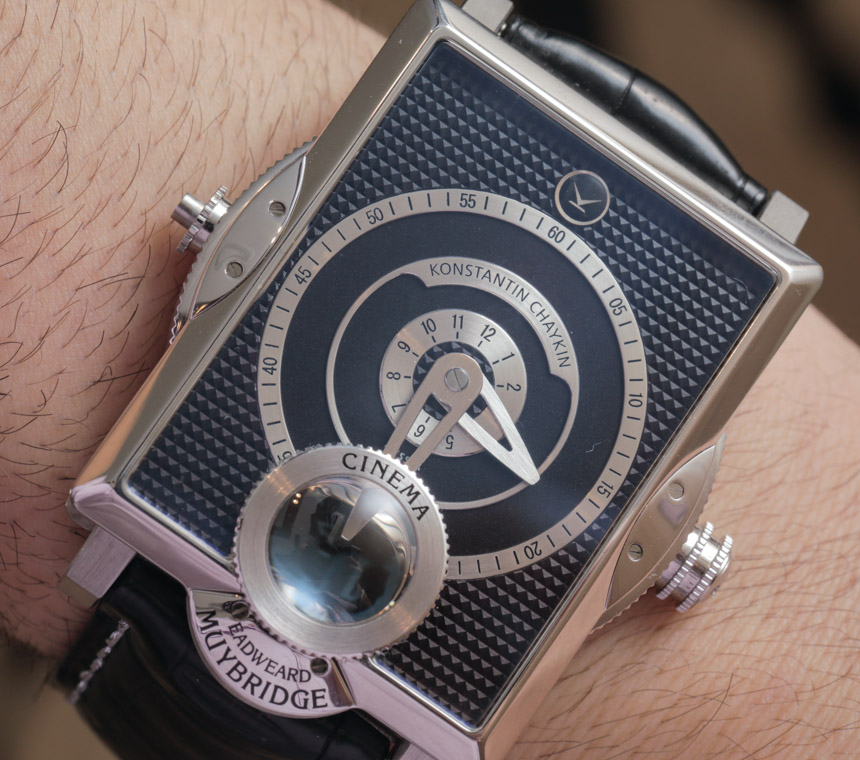 To be honest, I never thought I’d actually make it to Konstantin Chakyin’s manufacture in Russia. I’ve long since been fascinated by the high-end watchmaker hailing out of Moscow, but each time he invited me to come visit if I was in town, it never seemed like an actual reality. Well it turned out that I did make it to the manufacture, and I did just happen to be in town. As an American, traveling to Russia is a bit of an adventure. We are spoiled in the sense that we can fly pretty much anywhere we want without a visa, but that doesn’t apply to places like Russia. I was happy I went and what I discovered about Konstantin Chaykin is interesting. I’ll try to reveal some of it in discussing my hands-on experience with their newest watch, the Cinema.

We first revealed the Konstantin Chaykin Cinema watch to the world back in April 2013. Sadly, our team was too busy to get time to photograph it at Baselworld 2013, but here it is, and better late than never. What you need to know about Konstantin Chaykin is that none of his watch models are the same. What does that mean? Well each time the brand releases a new model it could be anything. There is an intentional lack of brand DNA, and each new watch released has a totally unique design and complication. Just click above and view a list of aBlogtoWatch articles on the brand and you’ll know what we mean. Konstantin Chaykin has a legitimate manufacture, and is the only high-end watchmaker in Russia at this time. Though there are a few little guys here and there and some people working on new brands. What is really interesting to me is that even within his home country he is controversial. That is really strange, and I am not sure I totally understand why. There is one very important detail I need to mention that I don’t think people are totally clear on. Konstantin Chaykin buys zero parts from Switzerland. Most high-end watchmakers around the world (not all) still often buy at least a few parts from Switzerland. These are usually hard to make movement parts such as hairsprings. Konstantin Chaykin gets their hairsprings from Saint Petersburg-based Raketa.

Operating a watch manufacture in Russia is apparently very difficult. At one time Russia was the world’s largest producer of mechanical watches, but that time has long since passed. While there is a love of watches in the country, many people seem to feel that Swiss watches are the way to go when it comes to the very high-end. It is as though despite Russia’s long tradition making watches, few people want to see a return to that. For many, the idea of a Russian-made luxury item is slightly heretical. Not living in Russia, I have a different opinion. While Swiss mastery of high-end watches is difficult to compete with, I find an appeal to the idea that high-end watches are made all over the world using little bits of local flavor and culture. Which brings me back to the local perception of Konstantin Chaykin. Pretty much everyone I spoke to likes what the brand is doing, but each has their own feelings on where the brand should be going – and sometimes these views are totally opposite from one another.

For example, one person in Moscow felt that Konstantin Chaykin was on the right path, but that he should move his entire operation to Switzerland and build watches there. Another person felt that Konstantin Chaykin was correct to establish a foundation for a high-end watchmaker in Russia, but that his designs were too Swiss. Wow, you really can’t please everyone can you? Konstantin Chaykin admits that production is Russia is complicated and has challenges. Finding good labor is difficult, even though Russia has no shortage of engineers. Another interesting feature of the company is seeing how their production rooms operate. They don’t have access to all of the same tools as the Swiss do, so in typical Russian fashion, they charmingly “make due” and the results are often impressive… more »