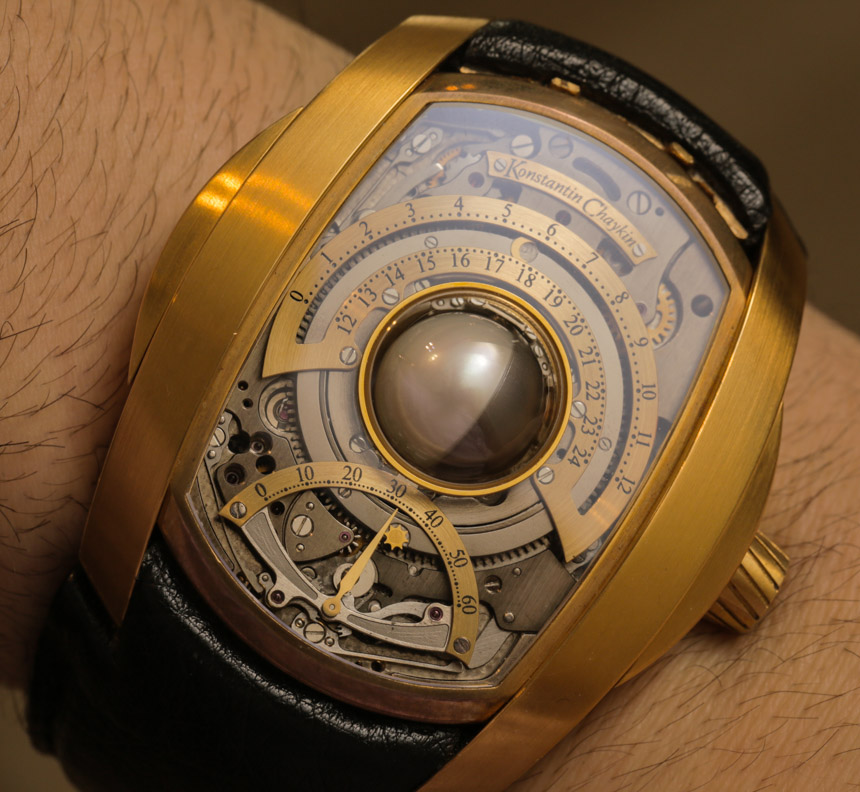 I would venture to say that the Russian-made Konstantin Chaykin Lunokhod Prime is one of the most interesting watches in the world. That isn’t to say that there aren’t dozens of extremely interesting watches, but rather that this timepiece integrates so much of the story of the modern luxury watch into one small package. Timepieces such as this really are much more than the sum of their parts from a description of the design. This is the stuff that helps define entire genres and sets the tone for other watch making regions.

Konstantin Chaykin, as of now, is the only high-end watchmaker in Russia. Their watches are 100% made in Russia, and the manufacture is in Moscow. I had the pleasure of visiting their manufacture in 2013 and seeing hands-on how they make watches, pursue unique designs, and make a high-end product in a unique region of the world. Among Russian watch lovers Konstantin Chaykin is controversial – oddly enough. His workshop is probably more famous outside of Russia than within it. What Konstantin Chaykin represents to me is a resurgence of an old-world Russia, complete with imperial majesty and pride for creating beautiful unique things. Moscow is full of inspiration, complete with a number of pre-Soviet structures that remind people what Russia was like historically. Enough of it makes its way into his designs. Konstantin Chaykin himself is a soft-spoken man with a scientific background and no formal training as a watchmaker. This seems to be the case with many of the younger Russian watchmakers that I’ve met. Each of them is self-taught, and it shows in how they operate. Swiss watchmakers are more regimented and rely on set, traditional methods for making watches. Russian watchmakers such as Chaykin seem to “figure things out” more than follow implicit directions.

Each of his movements, like each of his watches, is a unique composition. As of now, there is no coherent brand DNA. No two watches designed by Konstantin are the same. Some are classic, some are modern, but all do something a bit out of the ordinary. Though, the brand has mentioned that it is internally working on a more simple movement that it can produce in larger volumes, as an entry level piece. Having said that, let’s look at one of the brand’s most high-end watches to-date, the Lunokhod Prime.