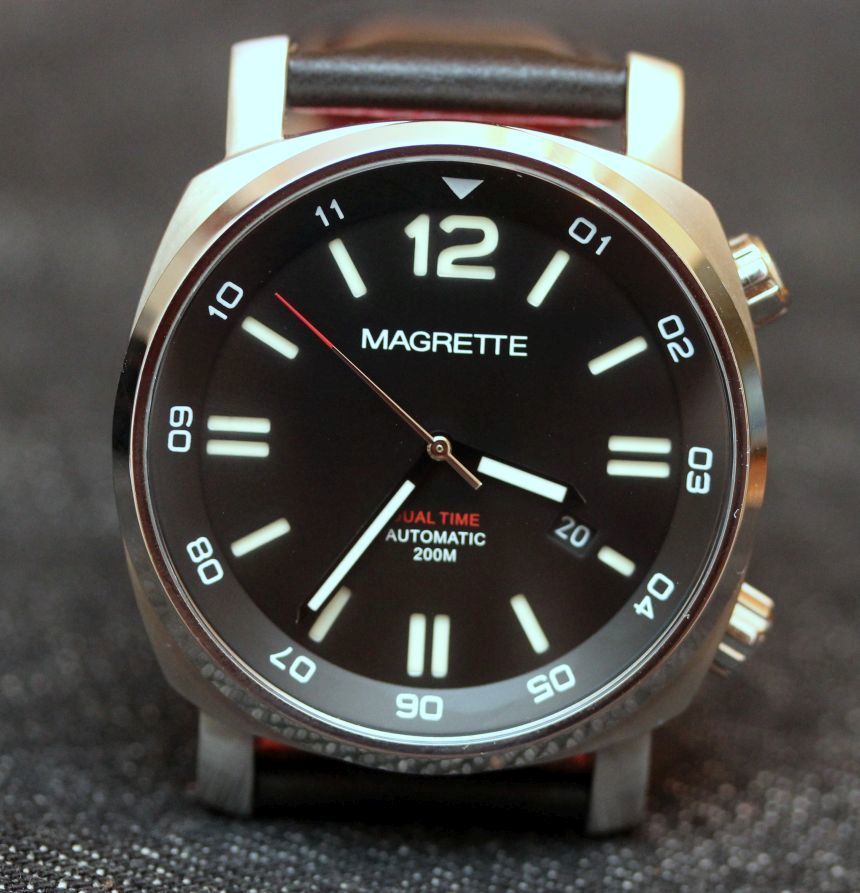 When it comes to watches that track more than one timezone, you have a variety of options. Most commonly, this will take the form of a GMT hand, and those looking for more complexity in their movements may opt for one of the varieties of world timers that are available. If you want something a bit simpler (say, you are only out of your home timezone a few times per year), then there is indeed a much simpler option available – a bezel that denotes the secondary time zone. While this many times shows up on GMT watches as a way of tracking the second (or even a third) time zone, they can work quite well with the humble three-hander, and that is precisely what we have in the Magrette Dual Time. Before we get into the review, I want to share a little personal back story for this watch. Or, more precisely, the predecessor of this watch. For, you see, back before I was writing about watches, I simply admired most from afar, and had a few to my name. Then, there was that special day when a small pine box arrived from New Zealand, containing my very first automatic watch – the Magrette Regattare 2011. Even to this day, the 2011 holds a special place for me, in large part due to how much I wore it (and still do). When the Magrette Dual Time was announced, I could not help but see it as, if not a brother, at least a cousin to the 2011. As you can see, there are more than a few similarities between the two watches. The biggest change to the Magrette Dual Time is its smaller size. It comes in a more compact 42mm diameter (compared with the 44mm Magrette Regattare 2011), and measures in at only 12mm thick (almost 15mm for the 2011). As you might imagine, this smaller case size translates to a lighter watch; the Magrette Dual Time comes in at 94g (2011: 130g) on a leather strap. Speaking of that 22mm strap – let’s take a moment to note that Magrette has brought back its classic (I’d say it was a signature of the brand for a while) black strap with a red backing. This is something that I really enjoy with my 2011, and was rather pleased to see it come back on the Magrette Dual Time, as some intervening models (even those with black straps) did not offer the contrast lining. It’s a small detail, and one that the only owner will really know about, but it makes a big difference. There is also an all-new “signature” buckle that has a bit of an Art Deco feel for me (though I will admit to preferring the original signed thumbnail the brand offered on the 2011). As the case is more compact on the Magrette Dual Time, this means some changes were needed to the alternating finishes applied to the case. They are still there, but we now have the bezel being fully polished, and what little you have of the flat top of the cushion case is then brushed, as are the sides and the lugs, with the dual crowns giving us a bit more of a polished flash. Since I brought those up, let’s talk about the crowns a bit. Both are of a screw-down variety, and the lower one (at 4 o’clock) is what is used to manually wind the Miyota 9015 movement (if needed) as well as for setting the time and date (note the color-matched date wheel, an improvement over the 2011). What of the upper crown? That, dear reader, is how you set the second time zone. This crown interacts with the inner bezel that takes the place of a rehaut or chapter ring on the Magrette Dual Time. When it comes to something like setting a second time zone, this sort of implementation makes sense, as you cannot accidentally bump things out of alignment. Once you rotate the bezel around (there are no clicks, so you can it it for 1/2 hour offsets if needed), you screw down the crown and things are locked into place. What I like the most about how Magrette has used the internal bezel is that it reduces the bulk (both visual and actual) on the top side of the watch, while giving a good transition from the case bezel to the dial. The dial on the Magrette Dual Time is where we see some changes as well. The basic layout is unchanged, as are the shape of the stick indices and the font used for the 12. What is new here on the Magrette Dual Time is that the dial is of a sandwich variety, rather than having things printed onto the dial. While this gives some welcome dimensionality to the dial itself, it also means that plenty of SuperLuminova (either C3 or Vintage Radium) can be applied on the lower layer, ensuring a nice, bright glow in the dark. The handset features the same lume, and has a polished PVD finish that allows the hands to blend in to the dial, with readability kept up via the painted-on lume.