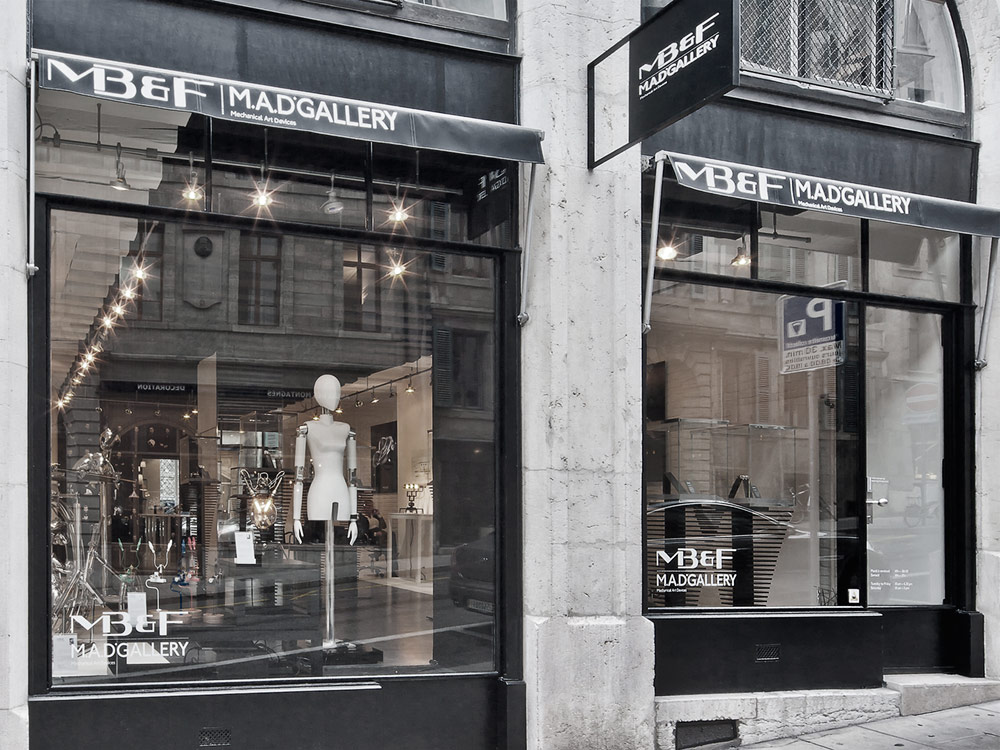 Located on a quiet street in Geneva’s Old Town, the MB&F M.A.D Gallery was robbed at gunpoint around 6pm on August 8. Our thoughts are with the MB&F team that is naturally shaken – though, fortunately, no one was harmed in the robbery. Witnesses said the criminals seemed “professional” and no shots were fired. The two armed men who are still at large took several MB&F watches, according to the police and local reports, and it is believed that they fled across the French border, which is just minutes from the Geneva city center. We have reached out to the team and learned that until later in the investigation they are not allowed to make an official statement. A report in the Swiss newspaper 20 Minutes, however, describes a police chase and states that a border alert was triggered. On the nearby shopping street of Rue du Rhone, many stores will at least have security systems and guards inside, as well as security on the street. The Geneva MB&F M.A.D Gallery, on the other hand, with one entrance and many of the displays merely behind glass or out in the open, is not surrounded by other luxury stores and does not employ the same security, although there is a police station and courthouse very close to the store itself. People in adjacent establishments report not even hearing any commotion at the time of the incident. The value of the heisted watches is yet to be determined, but with some of the most avant-garde watches in the business, MB&F watch prices start at about $30,000 (with the MB&F HMX) and go way up from there – that makes them probably easier to abscond with than their equivalent value in cash. The same can be said for other high-end watches, of course. However, there are generally no more than about 15 pre-owned MB&F pieces for sale at any given time, so if and when the stolen items do end up on the market, buyers should know what they are. That will at least make the watches more difficult for the criminals to profit from, unless these were stolen “on order,” as in they all go to a “buyer” found prior to the robbery.

This marks the fifth such event in 2017 targeting jewelry and luxury businesses in Geneva. Again, we will update this article when MB&F is able to make a public statement on it. In addition to watches, MB&F creates other high-end artistic items like clocks, pens, and music boxes, with the MB&F M.A.D Gallery serving more as an art gallery with the brand’s own creations including watches, but also works by other artists on display (some examples here). There are also M.A.D Gallery locations in Taipei and Dubai. madgallery.net