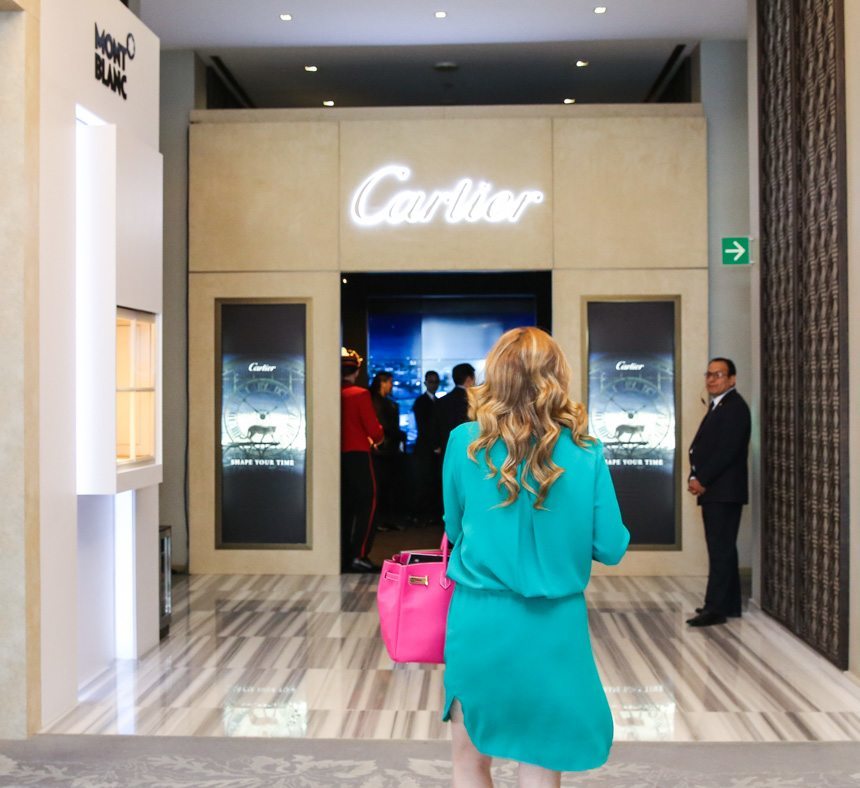 Mexico City’s Watch Show: What The SIAR Is Like You don’t get warnings before traveling to most cities – at least I don’t – but I did get a few precautionary tales before traveling a few hours south of Los Angeles via plane to Mexico City. One of the highest altitude cities in the world, Mexico City is also one of the most populated, with about 20 million people. It is vastly spread out over a wide area, and the colorful buildings add a friendly sheen to what is in reality a mixture of haves and have-nots in what I understand to be a rather dangerous place. This, and a regular selection of “gringo kidnapping” stories up in LA framed the beginning of my first trip to what was once Tenochtitlan, the capital city of the Aztecs, and the current home of the annual luxury watch show SIAR. The Salon Internacional Alta Relojeria is the brainchild of a group of passionate watch people and journalists in Mexico City that by day run the Spanish language watch magazine Tiempo de Relojes. Captain of the SIAR ship is Mr. Carlos Alonso, a worthy shepherd of the watch industry in Mexico as a gateway to the larger Central and South American markets. He has grown the show and maintained European interest in it since its debut event in 2007. A distinguishing factor that makes SIAR a little bit different is that, in addition to attracting local journalists and retailers, it also allows collectors to attend and purchase watches on the spot. Like many things in Mexico, this latter fact may not be strictly speaking “part of the rules,” but it is tolerated, and it is why many boutique luxury watch makers are so bullish on attending the event each year. In addition to some larger names such as Cartier, Montblanc, Bulgari, and Chopard, the most interesting action at SIAR are the many independent watchmakers who attend, ranging from MB&F to Greubel Forsey. These brands come hoping to sell watches to Latin watch lovers, and sell they do. More loosely organized brands sometimes even go to lengths in order to facilitate sales. Ignoring the complex importation laws designed to tax and tariff goods coming into most countries, watch company representatives who want to sell timepieces at SIAR sometimes do so in ways that might not make customs officers particularly happy. While Mexico doesn’t have egregiously high taxes on luxury goods, South Americans in places such as Brazil and even Argentina have become skilled at attempting to maneuver around draconian luxury taxes designed to protect local companies. Not that there are high-end luxury brands I know of in Brazil or other regional countries who need such protection. But that is another story. The point is that in places such as Mexico, completely in contrast to places such as Switzerland, there is a marked cultural sense of “just getting things done however they can be done.” This lends itself to some pretty good customer service at times, but getting things done in Mexico isn’t always particularly quick or thought out. In fact, one of the reasons I feel that people in places such as Mexico, Russia, or various places in Asia are enamored with Swiss watches is because, in a sense, they represent a way of approaching problem solving completely absent where they live.

Producing a (functioning) high-end timepiece requires a masterful choreography of design, quality control, and testing in a meticulously organized microcosm entirely dedicated to the production of such items. What might be so impressive to so many watch lovers around the world is that in Switzerland such things can happen, whereas similar feats would be entirely impossible where they live. There isn’t anything inherently valuable about Switzerland to the production of watches, but once you add in local culture, values, politics, and economics, the production of fine luxury goods becomes possible. While Switzerland often tends to appear as a rather dreadfully boring place to live, it does come with a high degree of lifestyle predictability and a lack of stress which foreigners living in less organized or structured countries might be envious of. It is a theory for now, but it has yet to be dis-proven and it very well might help explain the Latin fascination for timepieces that I experienced first hand. The Mexican and South American watch aficionado is a curiously surprising entity, and it was, in fact, a pleasure to be around them. Perhaps the most surprising thing about the Spanish-speaking watch lovers I encountered was their incredible interest in details and mechanics above things like status and brand. In Asia, for example, brand and lifestyle are often of paramount importance. Buyers often select a brand they wish to associate with first, and a model later. Brands are selected for what they represent in regard to success, good fortune, taste, lifestyle habits, and longevity. It is as though many (not all) Asian watch buyers seek status through what they surround themselves with, and that begins with the message a brand is able to deliver. In Mexico, branding isn’t unimportant, but it isn’t all that seems to drive the interest of timepiece fans. The Latin American buyers at SIAR stumped even the most educated brand sales person on many occasions with their questions. From wanting to know about how screws were made to the angles at which watches are tested, I became very curious about why so many were interested in what seemed to be rather obscure information. Most people approached booths already educated about their products, and at least some watch makers even became annoyed with the talkative enthusiasts. “Ariel, you have to help me get this guy out of here. He comes every year and talks and talks, and does not leave. He will take my entire day.” Extremes aside, the general consensus by people at the 30 or so brands displaying at SIAR seems to be that Latin American watch buyers are highly knowledgeable, extremely passionate, and tend to know what they like. Given local tastes, large-sized watches are popular, as well as ones with bright colors or prominently visible complications. Mexico’s most elite citizens are not known for their humble display of wealth (even if they can’t show it on the street). They also seem to like brands with storied histories, not in the “legitimacy proving sense” that Europeans like old brands for, but probably because Latin Americans seem to just really like history; and they find it helps them enjoy a brand and its products all the more.