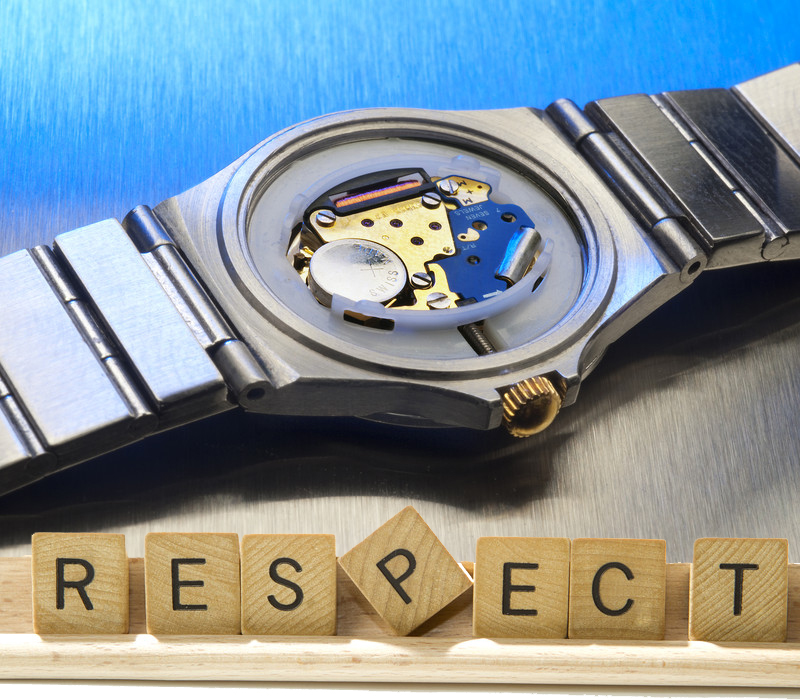 I think it’s time for the hard-core mechanical watch enthusiast to give their “distant cousin” – quartz watches – a little more respect. I guess in my own way, I’m as guilty as the next guy, when it comes to comparing mechanical watches to quartz watches. When I was in the watch repair business, I flatly refused to take in quartz watches, and felt it below my standards as a watchmaker to change a battery in a quartz watch. I felt that quartz watches would make watchmakers obsolete, and in a way it actually did.

In the 1970s and 1980s, the population of watchmakers, particularly in the USA, dropped off to “endangered species” numbers. If it had been 20 years later, you’d have college kids chaining themselves to Macy’s Department store, demanding that we “save the watchmakers.” This snobbery carried into the 1990s, and the new breed of watch enthusiasts looked down their collective noses at quartz watches. It might also be a good moment to look at the aBlogtoWatch list of the top 10 most important electronic watches.

The “group think” by watch lovers about quartz watches was (and is) that these preposterous pieces of plastic, metal, and batteries – by an amazing quirk of fate – were only worn by “geeks and losers.” It was like wearing socks and sandals! And to do so meant you lacked some level of taste and sophistication.

By the mid 1990s, a few websites sprouted which devoted themselves exclusively to mechanical watches. Once again, I feel “slightly” guilty, insofar that one of those watch websites was my own…..TimeZone.com. On TimeZone.com, I saw to it, and further even openly encouraged the community to shun quartz watches. In short, quartz watches were taboo on the site and really weren’t worth the bandwidth for discussion. But perhaps I was a bit remiss. For you see, if one really takes the time to understand the evolution of timekeeping, without the snobbery and theatrics of the luxury mechanical watch industry today, then it only makes sense that quartz watches have a prominent and important role in watch history.

In the very beginning stages of mechanical timekeeping, the great, great, great, great grandfathers of modern day watches were clock makers. They were challenged and tasked to not only create mechanical contraptions that told time, but also to solve the problem of an energy source to drive the timing device. This was cleverly achieved by a system of weights and pulleys, which was basically harnessing gravity.

The clock owner or overseer would manually wind up the weights attached to a chain or rope, and as gravity pulled down on the weights, they would unravel the chain or rope and engage the gears of the clock as it released one tooth at a time on a gear… giving us the proverbial “tick tock.” The main problem with this weight system was that it required someone to attend to the winding up of the weights on a scheduled basis. The next great leap of technological advancement came with the advent of the mainspring. This was a fantastic step forward in that it finally gave “portability” to timekeeping devices. The energy source could be “housed” very close to the rest of the watch mechanism, allowing the timekeeping device to be “miniaturized”, thus leading to the birth of the pocket watch… the great granddaddy to wristwatches which are merely miniature pocket watches.

The main problem with this mainspring system was that it required someone to attend to the winding up of the mainspring on a scheduled basis.

How to solve the problem of having to attend to winding the watch daily led to the next great technological leap in the energy source: the automatic winding watch, which achieved its evolutionary finesse by the 1950s. Now the wearer of the timekeeper could create his own energy source by merely wearing the watch. An oscillator weight in the watch would revolve from motion and wind the watch.

The main problem with this automatic winding system was that it required someone to wear the watch constantly. It needed about 10 to 15 hours of motion to give it a full 24-hour wind. When I was a young watchmaker, my store was near a retirement home, and I would get many of the “senior citizens” automatic winding watches for service. I kept getting an unusual amount of watches coming back to me that weren’t keeping good time – some would come back several times. It finally occurred to me that the wearers of the watch weren’t active enough to give it a full days wind… as many were geriatric and just didn’t move around enough.

The next giant leap in energy source technology came in 1957 with the introduction of the American Hamilton Electric watch. This attempted to “replace” the mainspring with a battery source, a hearing aid battery. This remarkable watch engineering is really the beginning of the trend toward electric watches and its quartz grandsons. Now the watch owner wouldn’t have to worry about not wearing the watch all the time to keep its time current…the battery assured a constant energy source. more »