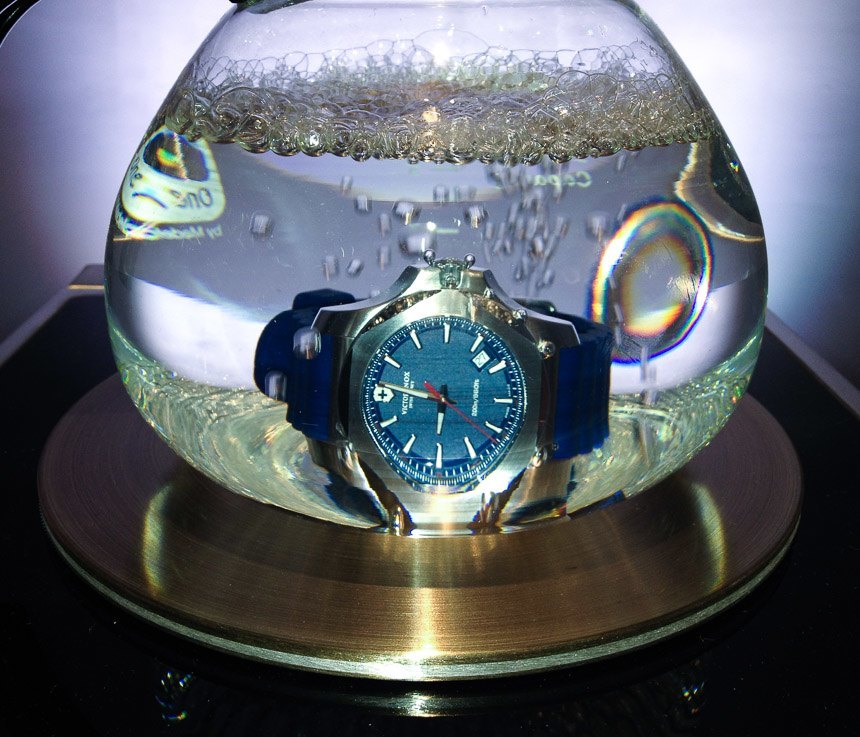 During the New York City event, firefighters tested Victorinox Swiss Army INOX timepieces as the watches were boiled in water, frozen in ice, tumbled in washing machines, blasted with sand, and run over with a truck, among other ordeals all designed to test the limits of a modern sport activity watch. In other tests, Victorinox Swiss Army demonstrated the durability of the Victorinox Swiss Army INOX watches by running over them with a 64 ton tank, placing them in a centrifuge environment with 12 G-forces of momentum, subjecting the watch cases to corrosive oils and acids, and heating them up to 163.4 degrees Fahrenheit, as well as cooling them to negative 59.8 degrees for extended periods of time.

In addition to the strength of a reinforced stainless steel case, the Victorinox Swiss Army INOX watch collection has specially produced dials and hands which are designed to withstand forms of shock and vibration that would permanently destroy less durable timepieces. The company positions the Victorinox Swiss Army INOX watches as leader in timepiece durability, as an extension of the brand’s core values of producing products that are “Made To Last” including its other timepieces as well as its cutlery, pocket knives, and luggage. The “INOX” (I.N.O.X.) name of the new watch collection honors the French term originally given to stainless steel. Strong, corrosion-resistant steel alloys helped revolutionize the wrist watch industry when it became more widely used during the latter part of the 20th century. The thick steel case of the 43mm wide I.N.O.X. timepiece is gracefully rendered in order to suggest the strength of the metal as well as the elegance of modern timepiece design.