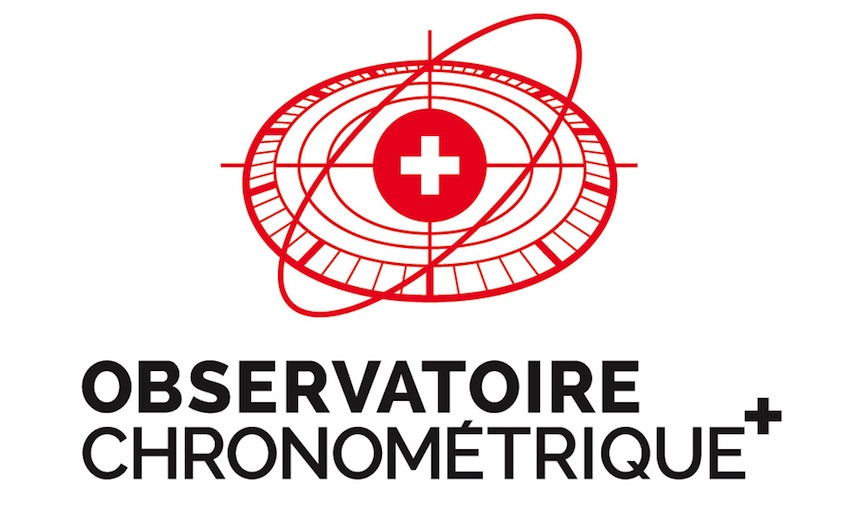 In an effort to justify the substantial premium in their pricing, as well as prove the performance of their products, luxury watch brands go out of their way to prove that they can live up to consumer expectations in what is an extremely competitive industry. A more tangible way of proving their claimed superiority is by providing certificates which, through a series of tests, ensure that each submitted timepiece complies with strict accuracy and-or aesthetic standards. Timelab’s new watch certificate program is called “Observatoire Chronometrique+” and it offers a certificate claimed to be more thorough and comprehensive than that issued by the established COSC (the Official Swiss Chronometer Testing Institute) and more widely available than the Geneva Seal.

The Observatoire Chronometrique+ is a new initiative in which any and all Swiss-made mechanical watches can be submitted, and they test fully assembled watches, not just for their chronometric performance, but also their power reserve and their resistance to water and magnetism. At first sight, it certainly has the potential to make brands who have not done so in the past consider certifying their watches, contributing to some unexpected changes in the market. Let’s explore the details of this new certificate and how it may influence the industry.

It is a bitter pill: the appearance and subsequent popularization of quartz watches beginning in the 1970s have rendered mechanical watches obsolete and have consequently pushed the Swiss watch industry to the brink of extinction, making for an almost twenty-year-long recovery. Quartz watches were (and are) cheaper to make, often more reliable, and always more accurate than the great majority of their mechanical counterparts. Nevertheless, the Swiss mechanical watch lives, enjoying its renaissance, a most peculiar phenomenon powered by its ability to transform mere everyday instruments into something more special, and often more luxurious.

The mechanical watch premium is justified in part by the craftsmanship that goes into its construction. Providing certificates that guarantee the high quality of different technical and aesthetic aspects of a watch is a part of that justification. But first, we need to understand is how this new program fits among other certificates and the qualifications that make it a worthy authority. A superb shot from our 10 Things to Know About How Rolex Makes Watches article, showing some of the company’s rate testing machines at work. (click here for the article)

Operating under the authority of the Republic and Canton of Geneva, Timelab is an independent Swiss horology laboratory, mainly responsible for watch certification. They have been known for administering the Poincon de Geneve (the Geneva Seal), a certificate that assesses the quality of decorations, the accuracy, and the the function of a watch submitted to its tests. It is reserved exclusively for watches assembled in the Canton of Geneva. Timelab is also among those few organizations capable of certifying timekeeping equipment for major national and international sporting events–including the Olympic Games. And if that wasn’t a pedigree enough, they also have a role in the research and development linked to timekeeping challenges and work in collaboration with watchmaking schools and universities.

With the presence of COSC, Poincon de Geneve and a number of other lesser known certificate programs, you may rightfully ask what necessitated the creation of yet another program and how it might affect your future purchasing decisions. While the program is not in operation just yet, what we know is that with the “Chronometric+ Observatory,” Timelab offers a certification program that is open to all mechanical watches made in Switzerland (unlike the Poincon de Geneve which is restricted to watches manufactured in the Canton of Geneva) and it applies to finished watches which are independently checked in every aspect (unlike COSC which tests uncased movements only). With that in mind, what necessitated the creation of this new certificate was the lack of “universality” of the others or, in other words, the industry needed a program that could be applied widely to any and all Swiss made mechanical watches and checked complete watches for not just their accuracy or aesthetics, but also for their claimed water resistance, power reserve, anti-magnetic claims, and quality of assembly.

This is not to say that brands do not perform such tests themselves, it is just that there is no uniform way of undertaking that. Some brands do all the checks in-house while some partially rely on external companies as well. It is when they reach out to independent testing institutions that the watches which met the requirements receive a certificate, assuring the buyer that his or her purchase has been thoroughly tested to comply with the respective quality standards. To give you an example for both in-house and external quality control we need not look further than some of the industry giants: virtually all Rolex movements are subjected to the official (and hence independent) COSC tests, which checks the rate of uncased movements, comparing them to requirements set depending on their size (the most common criteria being that movements with a larger than 20mm diameter have to run within -4 and +6 seconds per day). Once COSC certified movements come back, Rolex cases them and thoroughly tests the assembled watches again. A beautifully finished movement featuring the Patek Seal on the balance cock.

On the other hand, as a fitting example to tests conducted completely in-house, look at Jaeger-LeCoultre’s 1000 Hours Control test, which is a nearly 6 weeks long trial of completed watches (not just the movements as in the case of COSC); or Patek Philippe’s Patek Seal which sets even stricter requirements for chronometric performance and, of course, also guarantees stellar aesthetics. So how does the Observatoire Chronometrique+ (OC+ from here on) fit into this overly complicated matrix of luxury watch certificates?

Timelab follows the ISO 3159 standard, the relevant standard for chronometers to which COSC adheres as well. It states the aforementioned average rate as acceptable (between -4/+6 seconds per day) and while Timelab claims the OC+ to be stricter and more thorough than others, as far as accuracy is concerned the only difference is that they check cased movements. What truly makes Timelab’s certificate more thorough is that they will also certify other aspects of submitted watches, including water and magnetic resistance, power reserve and on-the-wrist performance. Furthermore, certification of watches will either happen in Timelab’s, well, labs, or at the location of participating brands, depending on production volumes. Once Timelab gets accredited–they claim to be still in the process–they will be the only watchmaking laboratory that can not only certify products but also the equipment used for certification.

This is interesting for us watch lovers because in the mid-to-long term, should the certification system be well-received by consumers and industry leaders alike, we may see more brands implementing this new, more thorough system for assuring equally high quality between brands. As good as that may sound, in recent years we have seen brands pride themselves for their own quality-assurance programs and we wonder how many brands would want to claim that they are as good when it comes to making completed watches as anyone else who gained the certificate.

You see, what we have had so far are two extremes. On the one hand there is the Geneva Seal, a very exclusive “hallmark of quality” exclusively available for the finest watches made in Geneva, while at the other end of the spectrum remains the more ubiquitous COSC chronometer certification which states that the watch bearing the Certified Chronometer title has been tested to comply with the ISO 3159 standard. Now what the Observatoire Chronometrique+ proposes is something in-between, as it has the potential to replace COSC by covering the same ISO-required tests, as well as some brands’ in-house quality assuring systems by offering more exhaustive tests for assembled watches.

For now, what we can say is that this is certainly an interesting new idea that opens up a range of possibilities, something from which the end consumer can only benefit from. We are looking forward to learning and reporting about the first brands to embrace this opportunity, even though the final test will always be undertaken by the demanding watch enthusiast.