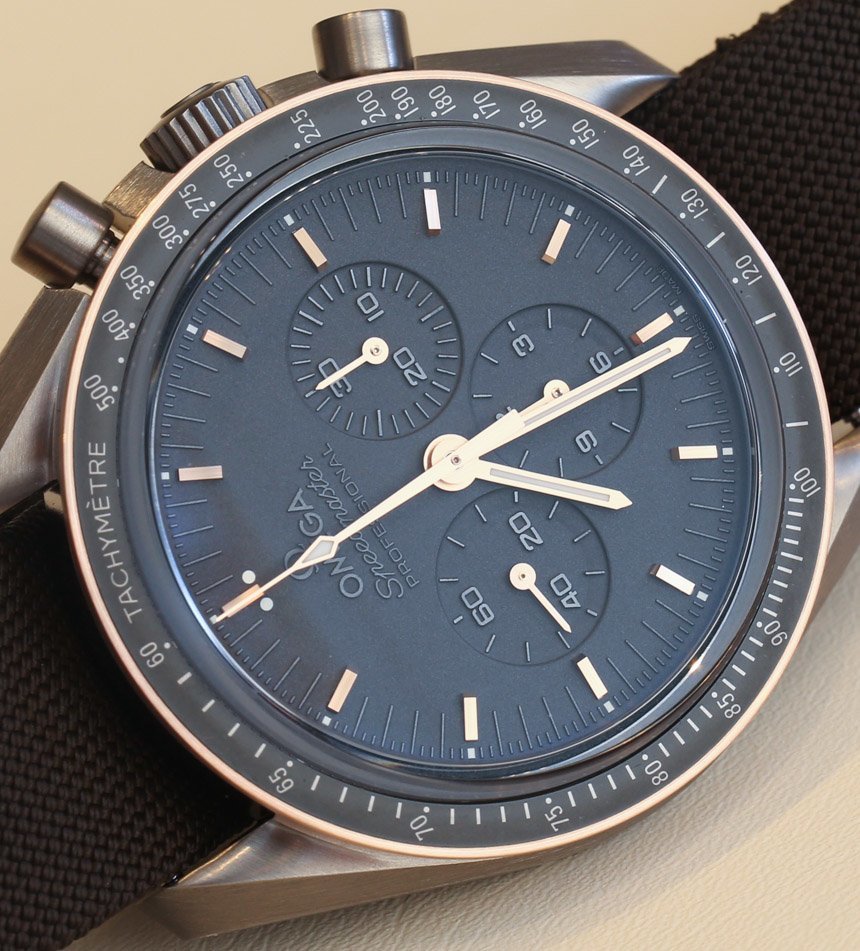 2014 seems to be the year of a surprisingly large number of re-released and redesigned versions of historically important watches, and Omega certainly has its share of that by debuting the Omega Speedmaster Professional Apollo 11 45th Anniversary Limited Edition (yes, that), a limited edition of 1969 pieces, dedicated to the Omega Speedmaster Professional chronograph which Buzz Aldrin had strapped around his spacesuit at the time he first descended onto the Moon.

There are moments that simply cannot be replicated and without a shadow of a doubt such are the firsts. These are often the most memorable, the most talked about, and the ones that are written into the books of history. And when a brand has taken its share from one or more of these greatly important occasions, it will go out of its way to let you know about it–and then remember it. There can be no doubt in that us humans reaching and (sort of) conquering another heavenly body is among the greatest moments in our history, and so it is of no surprise that Omega likes to time after time pay tribute to one their watches that directly participated in that achievement. Let’s see how the model dedicated to the 45th anniversary translates all that into a tangible form. The watch industry is at a point where tributes or collaborations while certainly can be, are really truly not recommended to be treated negligently. Consumers of any and all price segments expect more than a fancy box or some script on the case back; gone are the times when a more important anniversary could be ticked from the list with a pale effort in creating yet another limited edition. To lend some festive flair to the Omega Speedmaster Apollo 11, Omega designed and equipped this piece in a way that corresponds to its 45-year old space-age heritage.

Speaking of aesthetics first, the most unusual aspect to this novelty has to be the unicolor PVD dial, carrying on the tri-compax layout with the 60-minute and 12-hour chronograph counters as well as the running seconds. Omega repeatedly refers to the dial as being black and yet displays it as nothing but brown on all its official images. As an ironic turn of events, in person and under most lighting conditions it will actually appear as gray with an occasional brownish hue to it. With that said, this is a completely new dial that showcases a new manufacturing process, lending the monochrome look a most unique appearance.

So, what makes the dial unique (beyond the apparently undefinable color scheme) is the way it is produced: a single slate of PVD coated base is used, from which a micro-laser removes material with truly amazing precision. It cuts out the recesses for the subdials and creates the extremely fine protrusions for the indexes; not including of course the hand-applied red gold indexes and the luminous hour markers. The result is interesting in that not only has this new dial considerable depth and “three-dimensionality” to it, it also appears to have been made with exceptional precision–something that we have surely grown to expect from Omega…