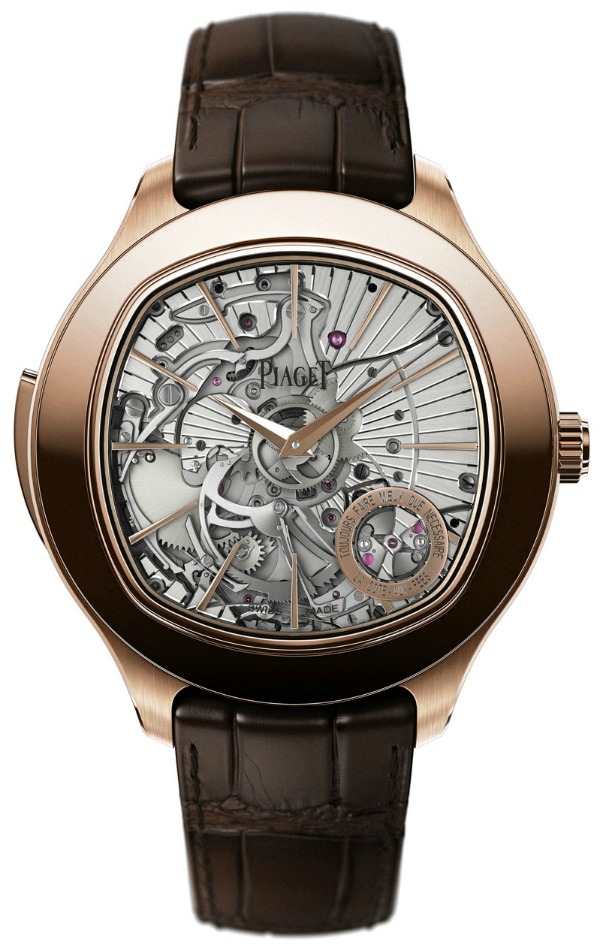 For SIHH 2013, Piaget will once again break a record when it comes to being thin with the Emperador Coussin XL Ultra Thin Minute Repeater. No we are not talking about anything related to “The Biggest Loser,” but rather a new movement which is the thinnest of its kind. Traditionally, Piaget has been known for making very thin mechanical movements. A few years ago they revisited this pursuit and started to produce movements of various types and complications that are the thinnest of their kind.

If you look back in aBlogtoWatch archives you’ll find a number of these watches. A few will probably be listed below under “Related Posts.” Usually when Piaget has something slim to brag about they put an “Ultra Thin” title in the name of the piece. For 2013, Piaget has upped the ante even more by producing the world’s thinnest minute repeater movement in the caliber 1290P. It also happens to be an automatic. The 1290P contains 407 parts and is just 4.8mm thick. The Emperador Coussin XL Ultra Thin Minute Repeater watch has no dial, just a lovely view of the movement. The caseback is of course an exhibition back with a view of the gold micro-rotor for the automatic winding system. The movement is very much a Piaget in design and looks beautiful. There is a message around part of the minute repeater’s regulator that reminds you the movement is made in Piaget’s highest-end movement making facility in the small town of La Cote-Aux-Fees. Even though the watch has no dial, that doesn’t mean it doesn’t have hour indicators. There is probably a sapphire crystal middle section where the rose gold hour markers are applied. I appreciate open dials, but I appreciate open dials with hour markers even more.

While the watch is the thinnest automatic minute repeater around, it certainly isn’t the smallest. The Piaget Emperador Coussin XL case is 48mm wide in 18k rose gold. The entire watch is just 9.4mm thin – pretty darn svelte for a minute repeater. While the dial is open, the minute repeater gongs and hammers are placed on the rear of the watch – but of course are still visible. Even though the minute repeater-based 1290P automatic movement is very compact, Piaget claims that the audio from the minute repeater is quite impressive at 65 decibels in volume. I don’t really know what that translates into realistically, so I will have to check it out for myself at SIHH. Piaget has already made the world’s thinnest mechanical movement, automatic movement, and a range of others like the world’s thinnest tourbillon and automatic tourbillon. Now that they have the most basic and most complicated movements down they have a chance to fill in the middle. Perhaps a really thin chronograph is due next? I bet that would be lovely. The 2013 Piaget Emperador Coussin XL Ultra Thin Minute Repeater will debut next month and will be priced at over $250,000 when it is eventually commercially released.