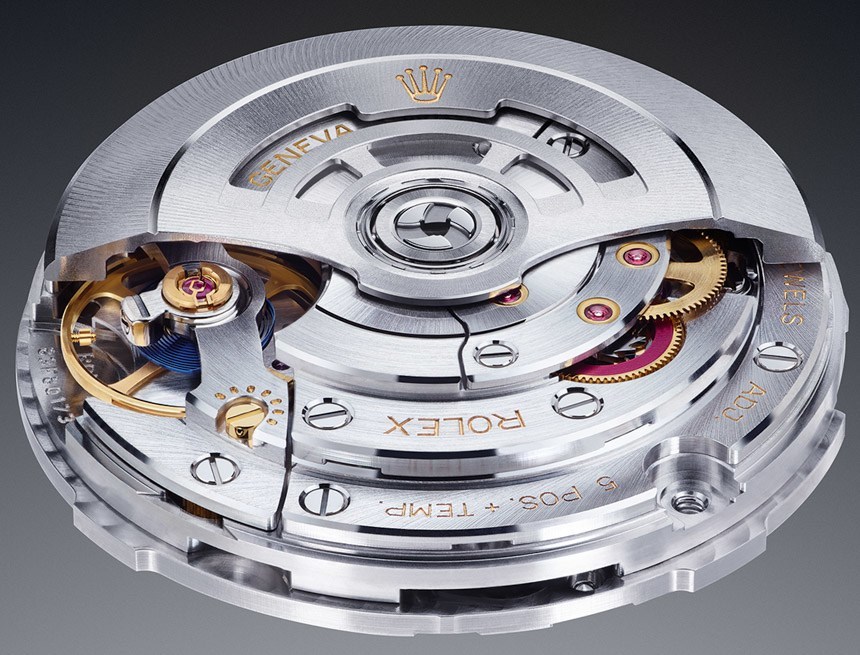 It was less than a year ago, at last year’s BaselWorld event in March, 2015 that Rolex introduced the updated Rolex Day-Date 40 (that we debuted hands-on here) – and with it, the new Rolex Superlative Chronometer Certification. While it was no news that Rolex submitted its watches to stringent in-house tests, the Day-Date 40 marked the start of a new in-house certification process, as Rolex said it would test the new Day-Date watches and their 3255 movements to an unprecedented and indeed very impressive accuracy rating of just -2/+2 seconds per day. Now, Rolex has quietly extended its Rolex Superlative Chronometer Certification to its entire production, meaning that all Rolex Oyster and Cellini watches will be tested by Rolex to meet its stringent -2/+2 seconds accuracy ratings. Here’s how it all works. For ages (some more about history further below), Rolex has been submitting its movements to the independent COSC chronometer certification tests – and that will not change, as Rolex will continue to send all its movements to COSC. This means that the uncased movements are sent over to COSC’s facilities in Biel and Saint-Imier, where each uncased movement is individually tested for a total of fifteen days, in five different positions, at three different temperatures. During these tests, the watches are checked to run within a maximum average deviation of -4/+6 seconds per day. The movements that pass the test will get their COSC Officially Certified Chronometer marking and then are transferred back to Rolex. Until recently, Rolex has been casing up these COSC certified movements and been submitting them for internal certification, complementing that of COSC. For Rolex it was this additional testing that conferred the title of Superlative Chronometer on Rolex watches – thus far authenticated by the red Rolex seal that came attached to Rolex timepieces. What is news, though, is how this in-house testing is conveyed and how strict its criteria have become. In practice, Rolex has developed and re-designed its own state-of-the-art testing facilities and its proprietary methodology that is built around testing fully cased up watches – part of this methodology includes the simulation of the conditions in which a watch is actually worn – hence, Rolex say, imitating circumstances that are much more like the “real-life experience” of the watch.

Rolex workshop at the Chêne-Bourg site, in the canton of Geneva.

Rolex also say that they have “entirely automated the process of how the waterproofness, self-winding capacity and power reserve of 100 per cent of Rolex watches” are tested. All this is done to ensure the watches’ reliability, robustness and even their resistance to magnetism and shocks. Automating such series of complex tasks and tests must have been one immense challenge to overcome, but then again, while watchmakers still play a major role in the manufacturing of a Rolex timepiece, there hardly is any other watch manufacture in Switzerland that would compare to Rolex’s know-how in automatic processes while ensuring extremely high quality of execution. Learn more about 10 things to know about how Rolex makes watches here. The “Superlative” designation on the dial of a Rolex Submariner 114060

During these in-house tests of cased watches, Rolex checks all its watches – that is 100% of Rolex Oyster watches as well as the new self-winding Cellini watches – for their accuracy. Precisely, that means that over the course of these tests, all watches must perform within an average of -2/+2 seconds per day. It is this stricter-than-COSC process that makes Rolex add the “Superlative” term to its Chronometer designations on the dials of its Oyster collection watches. As promised, a bit of history: in the past, watches were designated as chronometers by their own manufacturer to highlight timepieces with especially accurate movements. Needless to say, this self-appointed use of the term led to some cases of fraudulent abuse by some watch makers, which in turn ultimately necessitated official certification. Rolex started to have its watches officially certified as early as the late 1930s, and it was at this time that it started marking its dials not with the term “Chronometer” but with “Officially Certified Chronometer.” And when in 1951 official certification became obligatory for everyone, Rolex sought ways to further distinguish itself from the rest, by obtaining “certificates avec mention,” where movements whose precision proved superior received a certificate noting “particularly good results.” The Rolex Calibre 3255 of the Day-Date 40, the first watch that Rolex submitted to its new Superlative Chronometer Tests

It was because of these superior certification results that Rolex originally started marking its watches with the “Superlative Chronometer” designation – and while the COSC certification’s -4/+6 criteria is still commendable, Rolex today, apparently, possesses the manufacturing capabilities to push that limit even further, hence justifying once again the “Superlative” term on the dials.

As for the competition? Most notably, Omega has introduced its own new in-house testing procedures for the Co-Axial Master Chronometer line of movements, which are available for a much more limited, albeit constantly expanding, range of models – like the Globemaster (hands-on and more details on the movement here). Omega has its in-house testing methodology certified by the independent federal agency METAS, and through these processes tests said Co-Axial Master Chronometer movements for an accuracy rating of 0 to +5 seconds per day. This does mean some considerable competition, but again, Omega is still in the process of introducing its “Master Chronometer” designated movements to more models in its product range. The updated Superlative Chronometer “status” is symbolized by the green seal that comes with every Rolex watch and is coupled with an international five-year guarantee. Given the scale of the operation – while Rolex production numbers will never be public, Rolex is known to have submitted around 800,000 movements to COSC in 2013 – and the strict chronometric performance criteria, Rolex watches are more than likely the most accurate Swiss-Made mechanical watches produced in such mass-produced quantities. rolex.com