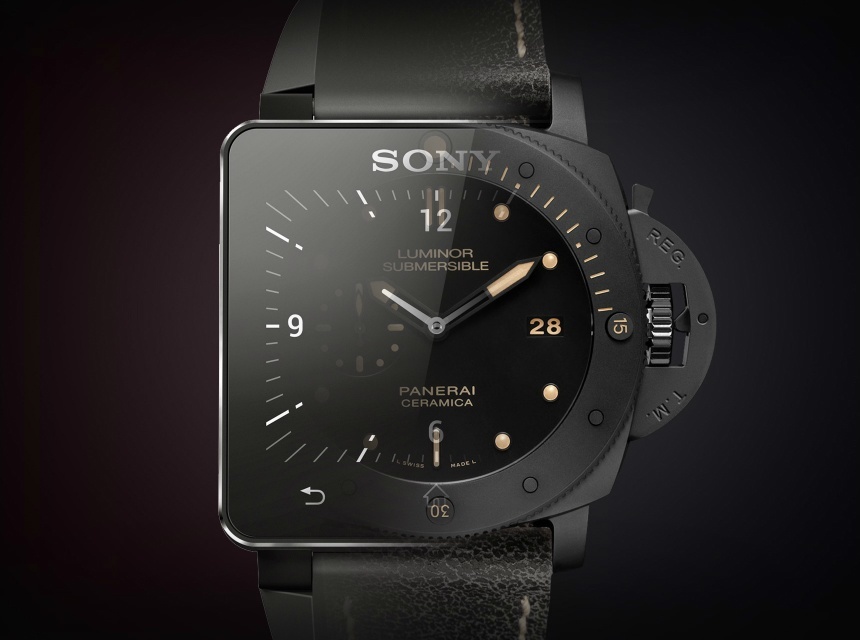 Recent sales figures on the matter of declining Swiss watch exports have prompted a number of people to ask: “why is there is a slowdown in Swiss watch sales?” I have been seeing figures on watch sales data for years now, and, to be honest, I take most of it with a grain of salt. Very little of this is actually released by the watch industry itself – which is notoriously discreet about sales figures unless they absolutely need to disclose more. Even publicly traded companies that have a duty to shareholders, such as The Swatch Group and Richemont, do not disclose specific sales figures for brands but, rather, pick and choose to share overall growth and declines in various sectors when producing their annual reports.

From the FHS “Swiss Watchmaking in 2015” report

Perhaps the only good semi-third-party source for data on watch sales is the FHS (Federation de l’Industrie Horlogere Suisse) and, even then, that data must be properly deconstructed to understand what it really means. It isn’t that the FHS is trying to be vague or unclear but, rather, that the data they have to offer is arguably limited in its scope. For instance, the above linked-to page with new data from October 2015 on “Swiss watch exports” is only tangentially linked to sales. Rather, the data refers to the literal fact that there has been a 12.3% downturn over the last year in the volume of Swiss-originating watches to have been exported from Switzerland to other countries. It is true that fewer watches shipped generally means that the cause is people and retailers buying fewer watches. With that said, there are a number of caveats to consider before jumping to conclusions. My friend John Biggs on TechCrunch recently posted an editorial on these recent FHS figures, citing the often-held belief that smartwatches are seriously eating into the traditional Swiss watch market.

John’s recommendations for the industry are sound (as is often the case with his advice), but I think he doesn’t explore the premise of the situation as much as is required – and frankly, most don’t. People need to really carefully consider a lot more data on the matter of “Swiss watches vs. smartwatches” before coming to any conclusions about causation versus correlation. What I propose to do here is not offer new data (since I am not a data collector) but rather to propose some very important questions people need to ask before jumping to the conclusion that the smartwatch market is causing a decline in the export of Swiss watch sales. Let me first say that I am encouraged by the upward trend in smartwatch sales. When the Apple Watch was debuted, conservative voices from all around the world and the internet immediately decried smartwatches as a futile exercise that would fail and that Apple was stupid for putting so much stock behind them. I do hope those people have learned their lesson, because while the smartwatch industry is still very much in its infancy, sales are good, products are getting better and better, and people are certainly wearing Apple Watches, Android Wear watches, and others which will herald in a new era of what the “watch” means to the mainstream consumer. The question is whether or not smartwatch sales are actually hurting Swiss watch sales. I suggest that the answer is not exactly what it seems, and I caution people when assuming that an increase in smartwatch sales is causing a decline in Swiss watch sales rather than merely being correlated with a mostly unrelated trend. I propose that smartwatches are finding homes on otherwise naked wrists, for the most part. People who have not been wearing a watch as well as those who have mostly utilitarian timepieces without a lot of value are the ones who are wearing smartwatches. I don’t see a lot of data or circumstantial evidence to suggest that traditional watch lovers who consider themselves to be “horological enthusiasts” are abandoning their expensive mechanical watches in favor of a smartwatch. The resistance to leaving behind a serious investment and hobby is too great in comparison to the still-limited benefits of ditching your mechanical watch in favor of a connected electronic one. That means the people who are typical buyers of luxury Swiss watches probably aren’t choosing to wear a smartwatch yet. In a few years from now, that might change as the smartwatch industry continues to offer more sophisticated options, and people will see the 18k gold Apple Watch Edition as an item that was probably ahead of its time. Rather, if smartwatches are displacing Swiss watches on people’s wrists, they are the lower-cost ones such as those produced by Swatch. Thus, few people are choosing to take off their $10,000 Rolex in favor of a smartwatch, but people with a $100 Swatch might. It takes a lot of passion, education, and culture (not to mention disposable income) to include luxury timepieces in your lifestyle. Just as the journey to discover your favorite luxury watches takes time, so does the opposite situation of deciding you no longer want them. People who start to wear luxury watches tend to stay wearers for a very long time. And if they take off a watch, it isn’t just to replace it with something lower-end. Only the opposite is normally true. With that said, there is the matter of volume to discuss. Look again at the downward sloping graph of Swiss watch exports and consider that, for every high-end luxury Swiss watch (the type normally discussed on aBlogtoWatch), there are many more inexpensive quartz movement-based Swiss watches that are produced and exported. Think of the Swiss watch industry as a pyramid with inexpensive watches on the bottom with the greatest sales volume, and the most expensive timepiece at the top with the least sales volume, even though they command large prices per unit. As explained below, this FHS graphic only tells part of, but not the whole story.

It is true that the FHS data does take into consideration the breakdown of statistics of watches at various price levels, but this is only what is received by the FHS. Not all data related to the most high-end watches is even given to the FHS, and the sales refer to only export values, not retail prices. Even the organization itself disclaims the data by saying “all figures released by FH refer to exports and not sales to end-consumers. Differences between these two types of data may therefore exist.” The implication of this statement is to understand that this data has nothing to do with consumer “sell-through” but rather to what the perceived demand is. Thus, the FHS figures certainly do not indicate the fuller breadth of sales or even export figures for high-end watches. Thus, the structure of the FHS data as pulling from certain exports and not sales – as well as the fact that lower-end watches, typically in volume, make up much more of the numbers than luxury watches – should help explain what the downward trend means. In short, there is nothing here about watch sales decreasing, but rather the shipment of new models. Moreover – and I think it is important to say this – the data only refers to Swiss watches. Timepieces from Asia and otherwise are not at all included in this data, and it is unknown what their trends are.