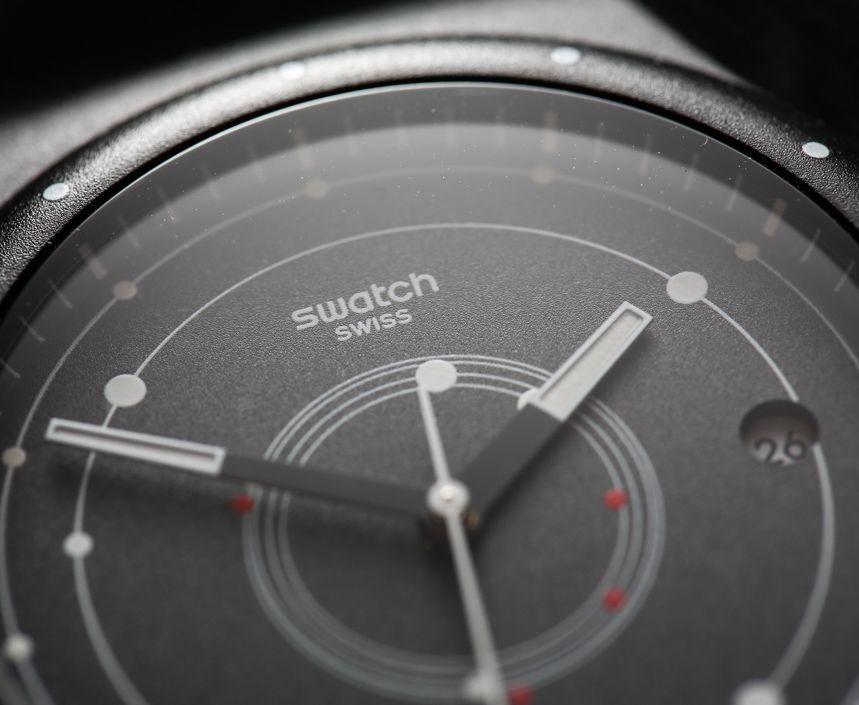 Back in 2013, Swatch made a huge announcement at Baselworld that they would be producing and selling a new type of Swiss mechanical watch for a new low price. The watch would be known as the Swatch Sistem 51, be priced at around $150, and use a new type of robotically-produced mechanical movement made from just 51 parts. While the Japanese and other Asian manufacturers have been producing mechanical watches for much cheaper for a long time, the fact that a Swiss watch maker was entering the “budget mechanical watch” market was very interesting. The best way of explaining the purpose of the Swatch Sistem 51 for me was as a means for Swatch to help young people enter the world of mechanical watches with an attractive and budget-priced watch that would allow them to later “graduate” into more expensive and luxurious mechanical watches. Allow me to remind you that watch brands such as Hamilton, Longines, Omega, and Breguet are all under the larger Swatch Group umbrella. Perhaps the irony of Swatch’s high-volume production mechanical watches produced by robots was that they experienced production delays that led to a slower-than-anticipated rollout of Swatch Sistem 51 watches around the world. It was not until late 2014 that the Swatch Sistem 51 collection was officially available for sale in the USA.

One of the best things you can say about the Swatch Sistem 51 collection is that budget watch lovers could finally have a timepiece that was both inexpensive and fun, while also suitable as a timepiece to get a nod from watch snobs. I used that exact language when featuring the Swatch Sistem 51 watch in our Top 10 Affordable Watches That Get A Nod From Watch Snobs article. So even though there are lower-priced Asian mechanical watches, the “Swiss nature” of the Swatch Sistem 51 allowed for it to live a bit closer to the world of luxury timepieces that helped spawn it. Actually, in truth, the sales success of Swatch is more beneficial to the luxury watch world than vice versa. So let’s talk about the movement inside of Swatch Sistem 51 watches – a topic that has been explored a lot. The movement is produced from 51 parts, operates at 3Hz (21,600 bph) and has a long power reserve of 90 hours. The movement uses mostly plastic, as opposed to metal, and is not designed to be serviced. In fact, the entire Swatch Sistem 51 movement is said to be hermetically sealed, so if it breaks, the intention is more or less to simply replace it. This is basically the same policy that most watch repair places have with quartz movements because the replacement cost is cheaper than the repair cost. People tend to associate Swiss mechanical watches with a watchmaker sitting over a bench and assembling and regulating each movement by hand. This is true for many Swiss watch movements, but not the Swatch Sistem 51. This movement has been specifically designed to be produced and regulated with as little human effort as possible. In fact, this attempt at automating the production of a mechanical movement is one of the most interesting parts of the Swatch Sistem 51 story that most people understand little about. Automating the process of making watch movements is something that has proved futile on many levels in the past, with companies realizing that human effort is still often the most efficient when it comes to a number of watch movement production steps. The Swatch Sistem 51 movement even features a view of the mechanism through the rear of the watches. A highlight is the view of the single, central screw which mounts the automatic rotor. According to Swatch, there are no other screws in the movement. One of the most unique design elements (in addition to all the funky colors and designs) is the use of a transparent automatic rotor. You have a full plastic disc as the rotor which features an inner eccentric weight that allows it to operate as an automatic rotor. All the elements of a mechanical watch that you expect are there, such as a view of the oscillating balance wheel, but of course, so much is also different. Nevertheless, Swatch made sure that despite the “non-luxury nature” of the Swatch Sistem 51, it has a cool, funky look to it. If anything, Swatch has again succeeded in circumventing luxury with a sense of fun – something the company has been successful at doing since its formation in the 1980s. Okay, so the Swatch Sistem 51 automatic mechanical movement is simple but fun, and it can’t be repaired or regulated. So how does it perform? As a 3Hz movement, I would say that it performs rather well. I wouldn’t call the Swatch Sistem 51 a “chronometer grade instrument,” but it does its job. Of course, no one really relies on mechanical watches as super accurate timepieces these days – rather, we wear them for their cool factor and the emotion we feel while wearing and enjoying them. That isn’t to say that accuracy isn’t valued. Swatch, of course, doesn’t want its $150 mechanical watch to perform better than, say, a higher-end movement from ETA or something made in-house by, say, Omega. So you have to understand that the Swatch Sistem 51 is simple and basic by design. For the money, it has a lot of features, but it would be incorrect to suggest that you get the same mechanical watch experience from a $150 watch as you do from a $1,500 or $15,000 timepiece. So as long as you manage your expectations reasonably, you’ll be happy with the Swatch Sistem 51. On the wrist, the roughly 42mm-wide plastic case is comfortable. Swatch claims 30 meters of water resistance and various versions of the Swatch Sistem 51 come on various styles. Despite the plastic case and funky design, the Swatch Sistem 51, in most all variants, is remarkably elegant and refined. That is something that the Swiss are good at, and you’ll see beauty and legibility in these designs even if they feel decidedly toy-like compared to a metal watch or something more high-end. Most of the newest Swatch Sistem 51 watches do not have dials which refer to the six rubies in the movements – but some do. I like the variety of designs for both men and women, as well as for people who want to know more about the Swatch Sistem 51 story, and those who are less interested in the details but think the overall piece is cool. My favorite thing is to share a mechanical watch like the Swatch Sistem 51 with a child and immediately see them interested by the movement functionality in a way that you simply don’t see when they play with a quartz movement-based timepiece. Necessary Data
>Brand: Swatch
>Model: Sistem 51 (reference SUTB400 as reviewed)
>Price: $150
>Size: 42mm wide
>Would reviewer personally wear it: Yes, sometimes.
>Friend we’d recommend it to first: Mechanical watch collectors looking for an interesting and fun story, people looking for their first mechanical watch, design lovers fascinated by mechanical watches and pop culture.
>Best characteristic of watch: Nicely composed Swatch that happens to have an interesting and innovative movement along with a growing family of attractive designs. Basically, a solid value for a Swiss automatic movement, even if it is made by Swiss robots.
>Worst characteristic of watch: Still not nearly as cheap as many Asian mechanical watches. Movement is not designed to be repaired or regulated after it has been produced.