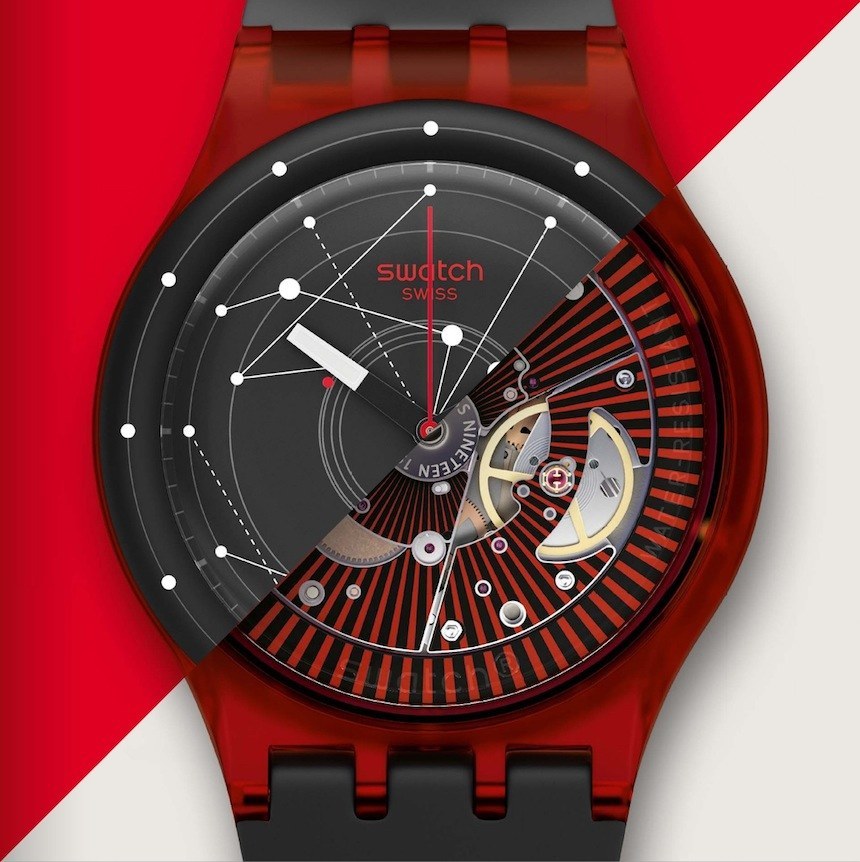 The Swatch Sistem51 was announced at Baselworld 2013, and as a true revolutionary concept should, it moved just about any and all watch enthusiasts on this planet. It amazed with its futuristic, fully mechanical movement that contains only 51 parts and is fully assembled by robots from start to finish. By contrast, it upset us with its extremely limited availability mainly restricted to Switzerland. With early July, that is bound to change, however, as the Swatch Sistem51 hits the US market, first in two pop-up stores in New York and San Francisco. We see just about all truly innovative watches debut cursed with two key issues: their often stupendous price premium and an overly limited availability. With the Swatch Sistem51 and its more than competitive 150 Swiss franc price point, the former has always been out of the equation, while the problem linked to its availability has remained. It has been more than a year now that Swatch announced the watch at Baselworld 2013, and yet it took over six months for the first pieces to make it to the stores in Switzerland, in December.

The primary cause of all this delay has likely been the combination of the Sistem51’s bold new construction and the unprecedented, 100% automated manufacturing process behind it. These challenges made it difficult for Swatch to increase its production output, forcing them to restrict the new model’s availability to Switzerland and a few other select locations around Europe. Well, the wait is over as Swatch finally brings the Sistem51 to the United States: on July 1st it will first be available in the US at the brand’s flagship store in Times Square, located at 1528 Broadway. A week later the West Coast – well, San Francisco, to be exact – will receive its first shipment of the Swatch Sistem51, hitting Swatch’s pop-up store at 101 Grant Street. Swatch plans to celebrate the occasion with installations dedicated to some of the key features of the watch, namely the unique “single central screw” around which the entire movement is built, as well as the peculiar striping that is present on some Swatch Sistem51 case back designs. Other than the two July dates for New York and San Francisco – again, the 1st and 8th of July, respectively – Swatch communicates no exact schedule for when and how it is making the Sistem51 more widely available in the United States. What we managed to learn, however, is that they expect a nationwide roll-out as well as e-commerce availability to happen by the end of summer of 2014. The price for the Swatch Sistem51 in the US will be $150. swatch.com