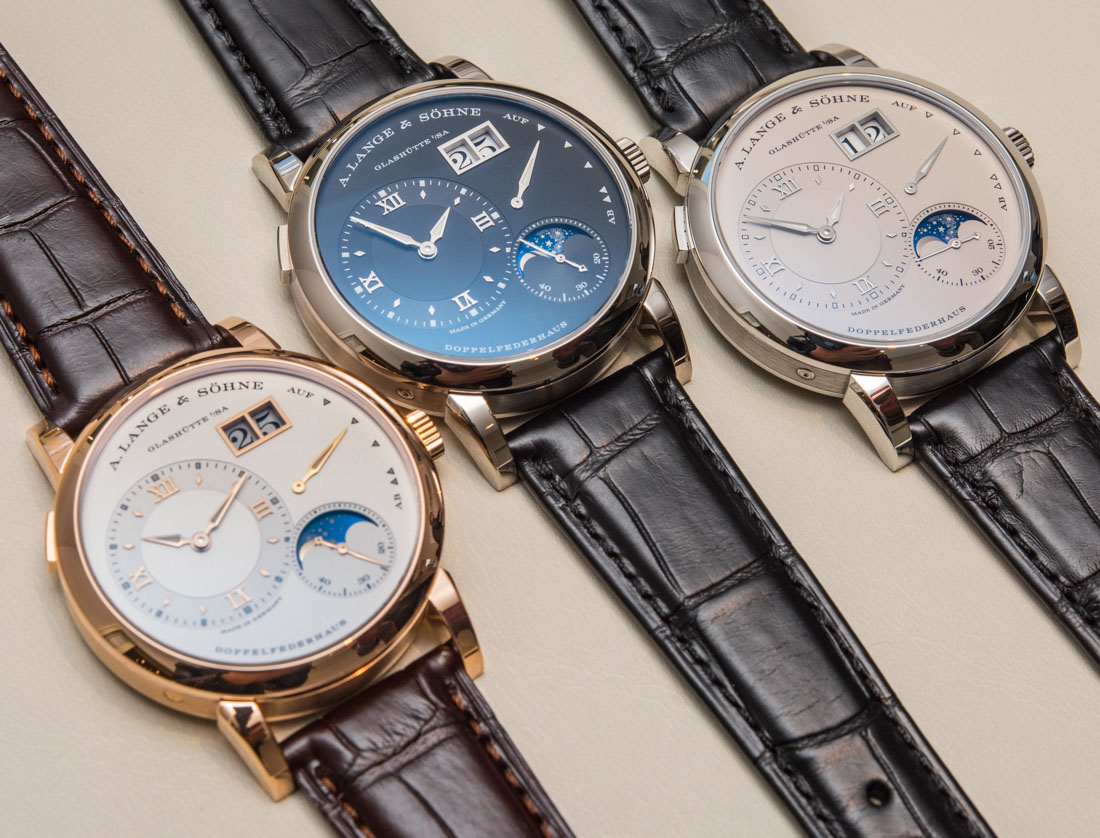 The Lange 1 is one of the brand’s most iconic and easily recognizable models, debuting when the brand relaunched in 1994.  As I previously mentioned, the older L901.0 movement in the Lange 1 was replaced by the L121.1 movement in 2015 which featured improvements like instant jump for the date at midnight and a seconds hand reset to zero when out of power. However, the new Lange 1 Moon Phase has the added upgrade of a day/night indicator in addition to the refinements of the L121.1. The gold moon on the moon phase dial is placed above a “celestial disc” which rotates once every 24 hours. Through its 24 hour rotation the hue of the dial changes with the time of day. So, during the day it’s light with no stars and at nighttime it’s dark with laser-cut stars. I look forward to seeing how it looks in person, but we can see something that I assume would be quite similar in other models like the Lange 1 Tourbillon Perpetual Calendar. Here, the outgoing movement, the L.901.5 is replaced with the also-manual wind L.121.3 movement. With 438 components, this movement has 70 additional parts than that of the Lange 1, however both have a 72 hour power reserve. The 70 additional components required to create the moon phase display are arranged in a way that the movement is essentially the same size as that of the Lange 1 at 30.6mm wide and 6.3mm thick (the L.121.0 in the Lange 1 is 5.7mm thick). In addition to the moon phase and day/night indicator, hours and minutes, and date window there’s also a power reserve indicator at 3 o’clock. Size-wise the new models remain 38.5mm wide and sit 10.2mm high on the wrist. The updated A. Lange & Söhne Lange 1 Moon Phase will be priced at €39,500 for the white gold piece with the black dial and also €39,500 for the pink gold version, while the platinum Lange 1 Moon Phase will be priced at €52,000. It will be available in three versions- white gold, pink gold, and platinum. alange-soehne.com