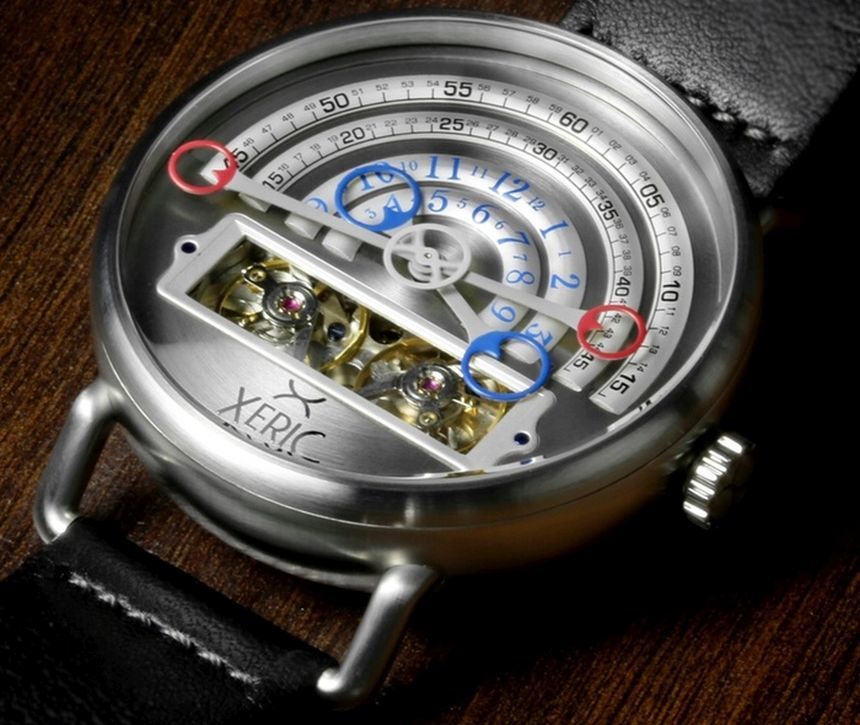 Between the various crowd-funding platforms that are available, there has been an explosion of new watch brands (and watches) entering the market. Some of these are derivative and really do not offer anything new or unusual. Past that, many are first-time efforts from some folks you have never heard of, so it is definitely not zero risk for backers. With the Xeric Halograph, we have a rather unique look coming to us from a familiar name in the watch industry. First off, who is that familiar name? Unless you have kept a close eye on Kickstarter projects, Xeric is likely not familiar to you. Well, have you heard of Watchismo? They are one of the more prominent websites that offer watches that are a bit unusual. As it turns out, they decided to put their efforts to creating some unique watches of their own. The Xeric Halograph is not their first foray into this creative side either, as they earlier had a successful funding campaign for their Xeric Xeriscope. You could easily view the Xeric Halograph as an extension of something they built into the Xeriscope. On that first watch, they brought the idea of a double-sided minute hand to bear. They’ve extended that concept to the hour hand, and made things a bit more stylized. You end up with four retrograde-style tracks on the upper half of the dial, with the outer two for minutes, and the inner two for the hours. As the hands move around, there is a circle that indicates the current reading. This of course makes for a very visually-oriented watch, one that definitely stands out from the rest of the Kickstarter crowd in terms of style. While the handset approach is unique, it would not necessarily require any sort of unusual movement – just about anything could drive that. Peeking through that rectangular cutout on the dial, though, you have dual balance wheels at work. This is courtesy of the Chinese PTS S-01 Dual Balance movement (more here), which runs at 3Hz. I’ve not run across this particular brand of movement before, so I have no idea as to the quality of build or longevity. One thing worth noting is that whatever it’s durability is, the dual balance wheels will present an extra wrinkle when it comes time for maintenance service, I imagine. Depending on the particular color scheme you’re looking for, you can get in at a price of $369, with the next level up coming in at $399. No small amount for an unknown entity (with regards to the movement), but it is certainly an interesting look for things. If you are interested in one of these, you will want to get over to the project before it closes on May 27, 2015. Fortunately, it is very well-funded (at 10 times the original goal as of this writing), so getting the watch you’re pre-ordering is all but guaranteed. It’s also worth noting that there are a few other watches up for sale within this particular project. There is a quartz version of the Xeric Halograph (which also adds in a chronograph) and some tweaks to the styling for an entry price of $199. They also have their original Xeric Xeriscope up for grabs at $349, and a new squared-off variant (called the Xeric Xeriscope Squared), with pricing starting at $350. While these sorts of designs are certainly going to be polarizing, for those who appreciate form over function (but still want to see a mechanical at work) these watches should certainly fit the bill. In the end, while these are not necessarily watches I would look to purchase for myself, I have to applaud Watchismo for stepping into the arena and creating something different. xericwatches.com