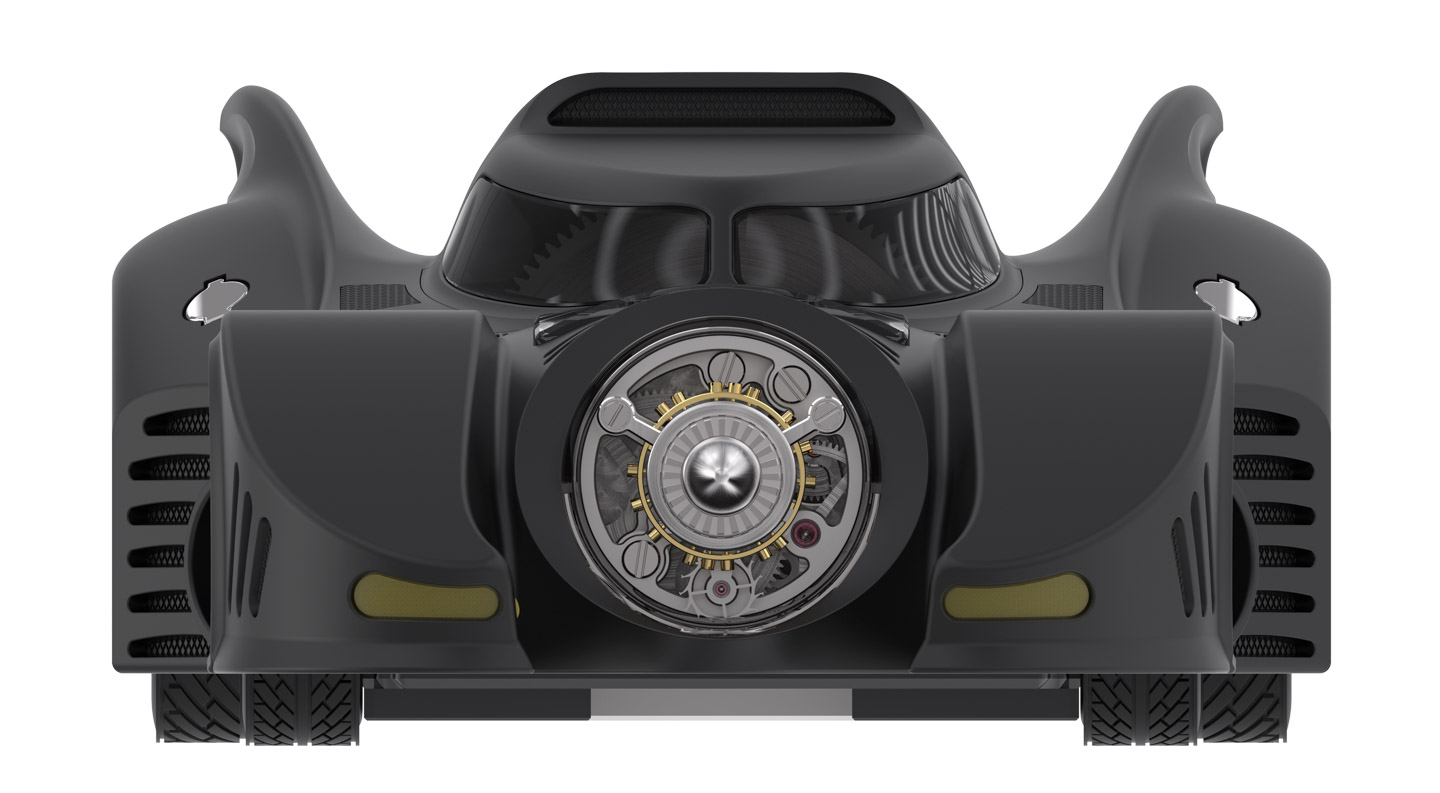 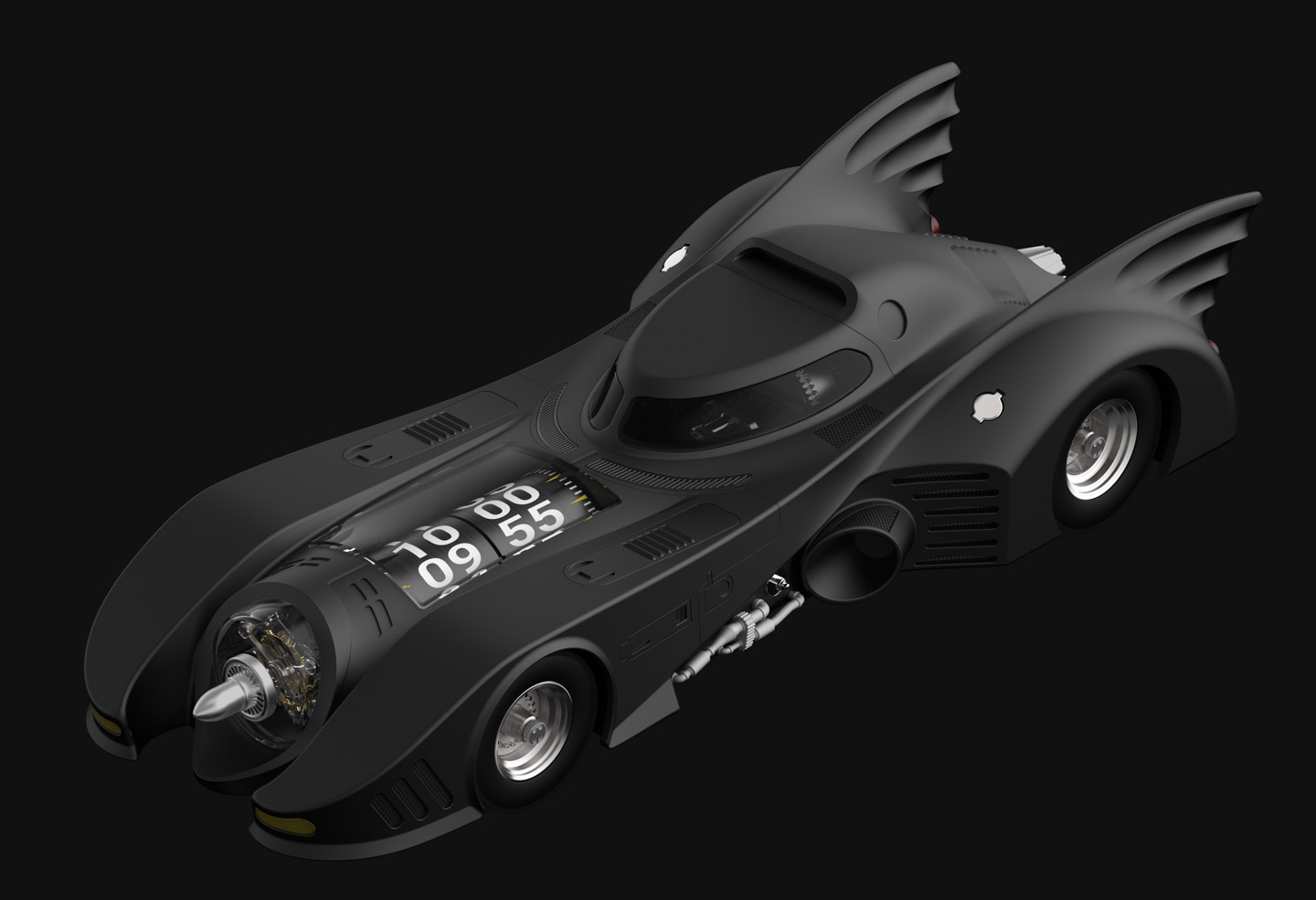 Luxury-themed clocks are still en vogue in the high-end timepiece community. This trend is more or less entirely facilitated by the interesting ways that luxury Swiss watchmakers such as MB&F have utilized the traditional clock-making know-how of L’Epee, among the last traditional clockmakers in Switzerland. Together, their partnership watches have added a fun flavor to the world of mostly wristwatch collecting. A new brand known as Kross Studio now launches with a pretty neat desk clock that is meant to look like the 1989 version of the Batmobile, as featured in Tim Burton’s Batman movie that starred Michael Keaton as Batman and Jack Nicholson as the Joker. The Kross Studio 1989 Batmobile clock is officially licensed through Warner Bros.

The clock is about 12 inches long with the Batmobile body being produced from mostly black-colored aircraft-grade aluminum. The body itself is produced from 115 parts; the entire assembly weighs in at about 2kg. The 3Hz operating movement produced from brass and steel uses turning drums to indicate the time (which can be viewed through a window in the hood of the Batmobile) and features a long 30 days of power reserve. The movement has three large mainspring barrels that are wound using a steel key that has the Batman logo on it.

The movement’s regulation system and balance wheel is oriented vertically and placed in the nose of the Batmobile. While operating, the motion of the balance wheel can be viewed, offering an exciting animated experience. Some of these clocks can tend to be on the louder side (tick, tick, tick, ticking away), which is something that any potential buyer should be aware of if they plan on making this 1989 Batmobile luxury clock a bedside accessory.

Kross Studio needed to develop the movement nearly from scratch (they call it the caliber KS10’000) in order to fit the desired shape. The movement itself uses 397 parts, and the total number of parts in the Kross Studio 1989 Batman Batmobile clock is 512 components. While this clock very much looks like a toy (and is, no doubt, fun to play with), it is very much a luxury object produced with care in Switzerland. 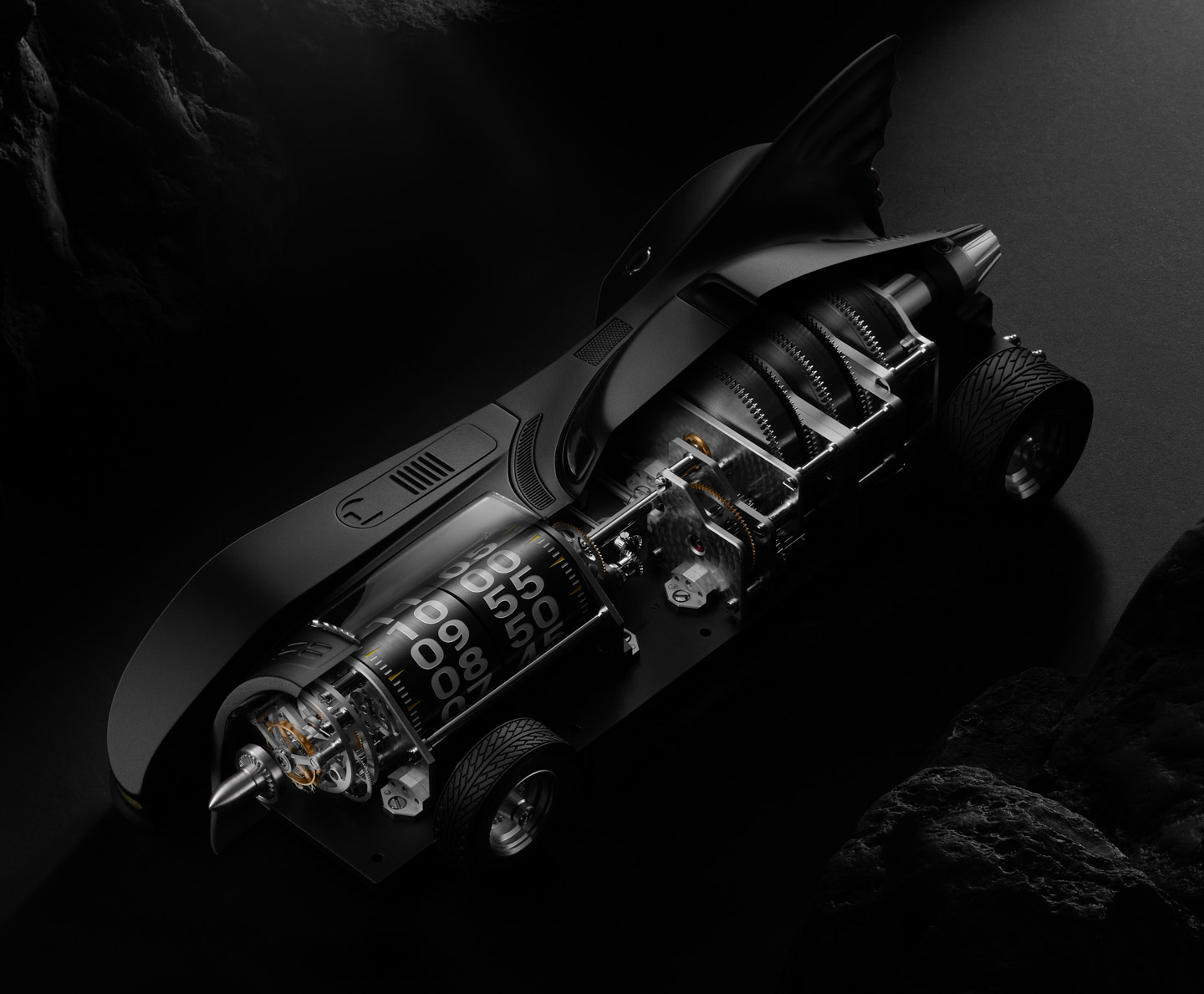 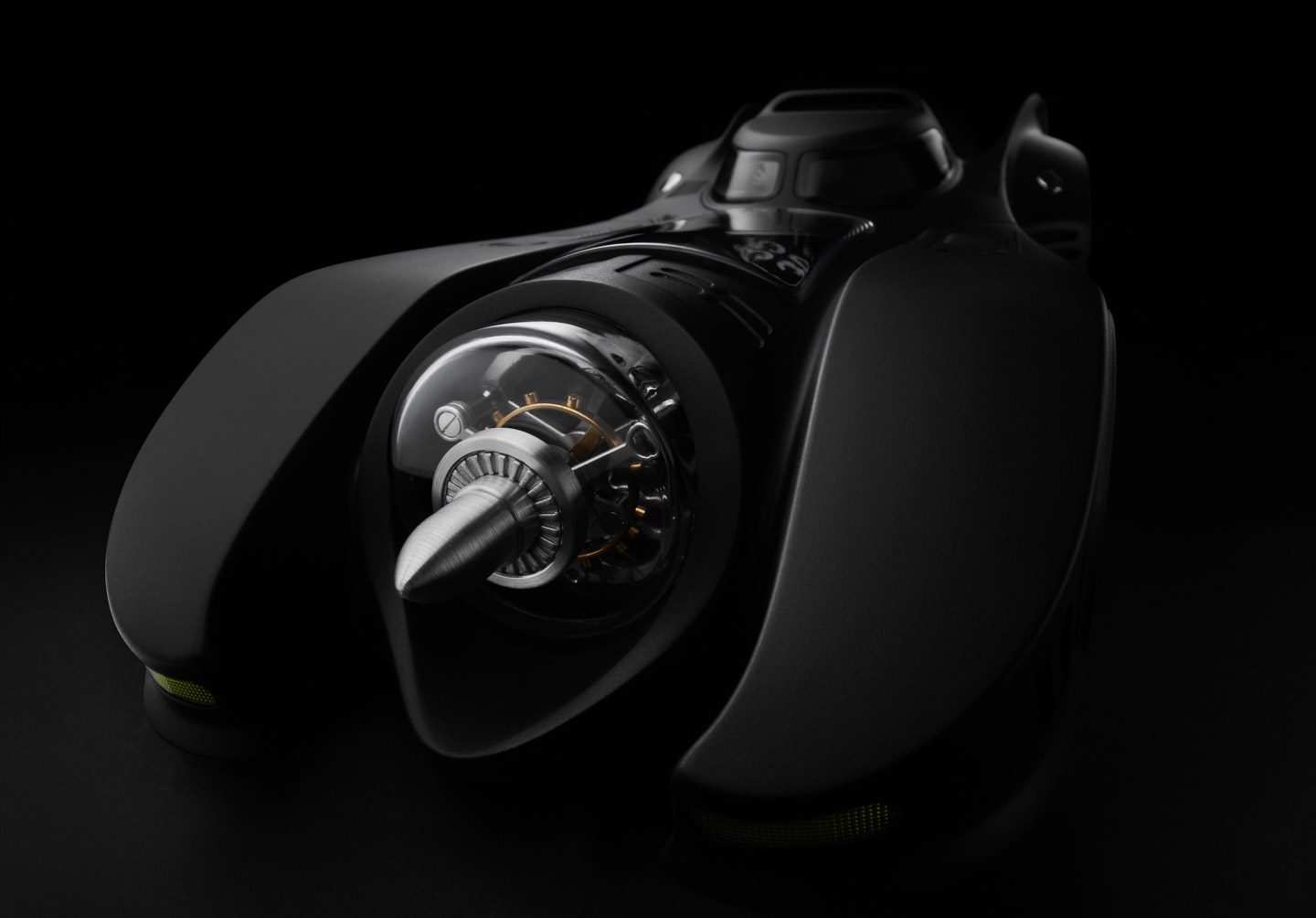 The 1989 Batmobile is among the world’s most recognize Batman symbols. Batman as a character has been the subject of many timepieces ranging from entry-level models to the very high-end (and everything in between). To understand the relationship between Kross Studio and Batman/Warner Bros., it is helpful to explain that the person running Kross Studio is Mr. Marco Tedeschi — formerly of the Geneva-based watchmaker RJ (formerly Romain Jerome). Earlier in 2020, RJ went bankrupt due to the exit of the brand’s financier, but apparently the creativity crept on. RJ had a formal relationship with Warner Bros., having released a few Batman and Joker-themed watches. It was probably not much of a leap for Mr. Tedeschi to extend his relationship with the movie studio (and DC Comics) and focus on bringing other Batman-inspired luxury objects to market. What isn’t clear to me yet is whether the 1989 Batmobile clock was originally supposed to be an RJ project, or if it was always intended to be part of a new venture (in this instance, the novel Kross Studio).

The Kross Studio 1989 Batman Batmobile clock is being produced as a limited edition of 100 pieces. It is being touted as the first of many products to come from the brand. Given the name of the brand, we can only anticipate that all of the planned projects are going to be part of “X” collaborations, meaning that all the products will likely include licensed themes and characters. Price for the 1989 Batmobile X Kross Studio clock is $29,900 USD. Learn more at the Kross Studio website here.