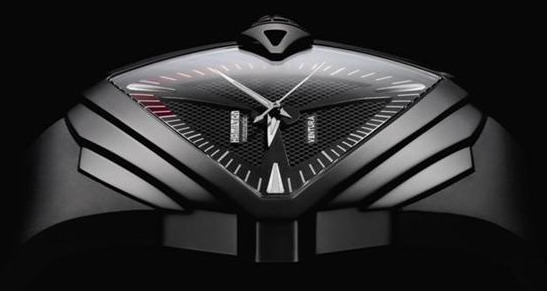 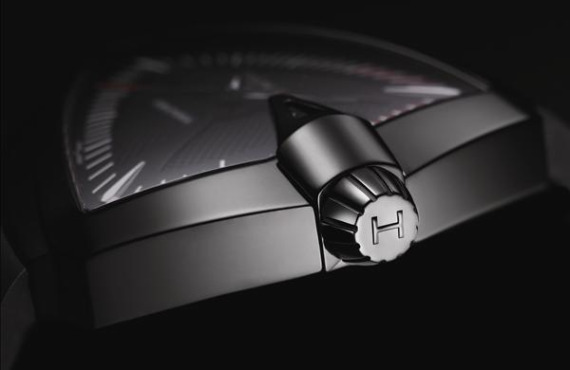 It was only a matter of time before Hamilton decided it was time for a real rehash of the classic Ventura watch. This is not to be confused with now defunct Ventura watches. The Ventura watch model from Hamilton first came out in the age of pre-quartz electronic watches. When “electronic” watches meant something futuristic and exotic. It was the spacey look of the watch that really mattered though. At the time, it was really “out there.” Shaped like a shield on its side – many with the popular two-tone leather strap – the Ventura has been in production for over 50 years. 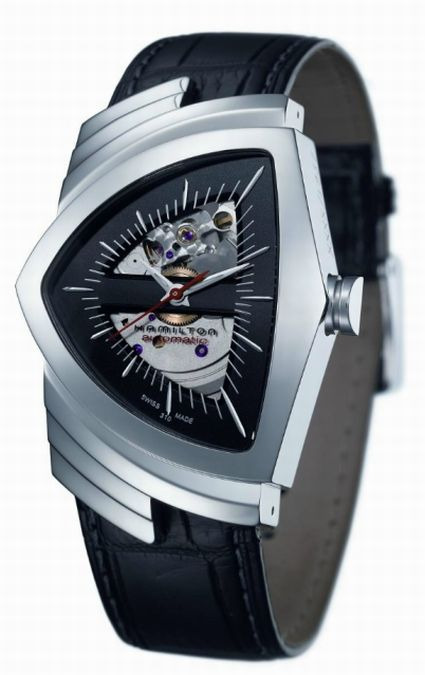 It is funny that only more recently have the watches become mechanical. The 50th anniversary Hamilton Ventura sported a partially skeletonized face and ETA 2824-2 automatic mechanical movement. The Ventura has screen time in at least one film. It was worn by the heroes in the Men in Black movies, going along with the retro space-age theme. Over 50 years, very little changed with the look of the Ventura case itself, which is a good or bad thing depending on who you are. Well now, in 2009, Hamilton is releasing the first really new Ventura, in a long, long time. 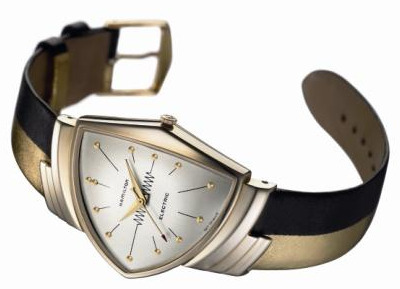 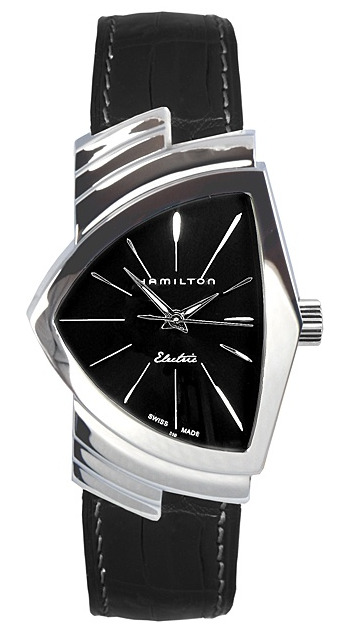 At Basel next month we will see the new Hamilton Ventura XXL Automatic watch. A serious update on the styling makes it a true Ventura watch only to serious enthusiasts. New comers to the model might not even associate it with the original iconic watch design. The watch gets some needed refinement and updating. Notable are the smoother integration between the lug structure and the strap, as well and the more angular look of the case and face. Still, smooth curves define much of the surface, but don’t make up the shape itself. The crown itself is integrated – Cartier Roadster style – into the case and crystal (which looks to have some curvature). The case is made of steel with an Anthracite PVD color coating. Size is up to 42mm wide, and taller still – hence the XXL name in the watch. Regardless, the watch is not huge, just larger than the original that was maybe 35-36mm wide. Right not at least, only a rubber strap will be offered. I hope to see a return to the two-tone contrasting strap look soon.

With a textured dial, more aggressive looks, and arguably similar avant grade nature, it takes the look a bit upmarket and make it relevant again. I think that other more interesting watches in the recent years have overshadowed potential interest in the classic Ventura watch. I think it was a good idea for Hamilton to focus on its heritage line. Inside the watch will again be an automatic ETA 2824-2 movement like the 50th Anniversary Ventura model. I expect prices to be between $1000 – $2000.