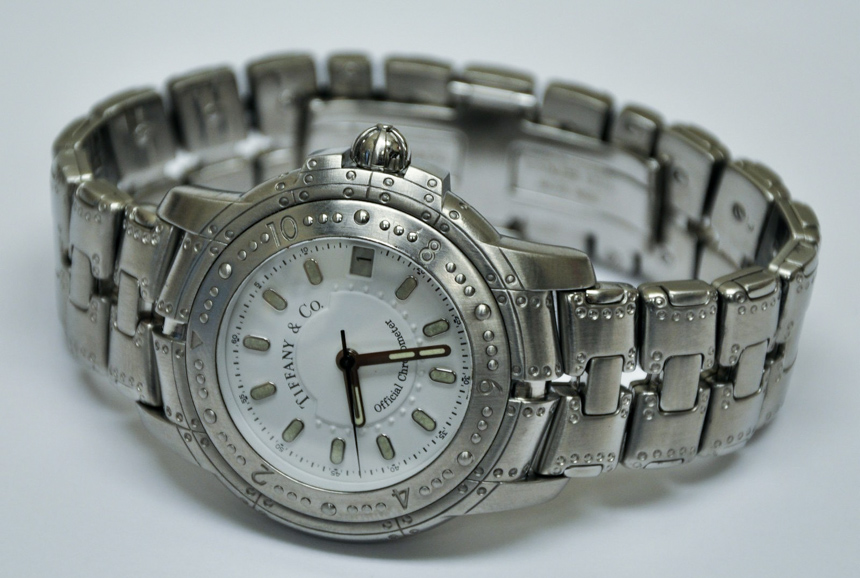 Six Watches I Want Them To Make Again 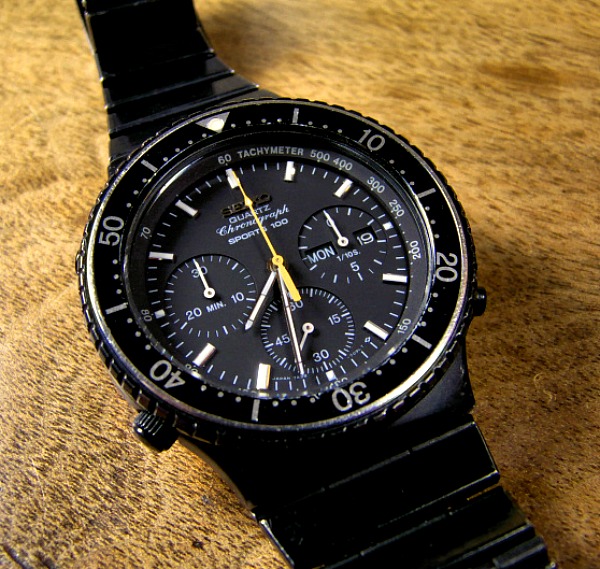 What is it:  The Seiko caliber 7A38 was a very special movement released in the early 1980s as a minor update to the famous 7A28 which was the world’s first quartz analog chronograph movement that was released in 1980. This was when quartz was hotter than hot and many of the major Swiss brands that today would never be seen next to a quartz movement were selling timepieces with quartz electronics inside. Yes, there were Rolex as well as Patek Philippe watches with quartz movements in them. The 7A38 added a day/date complication inside of the hour/10th of a second counter on the dial. With the movement Seiko was able to offer the reliability and accuracy of a quartz movement with the good looks of an analog dial. Seiko made numerous watches with these movements in them up until the early 1990s I believe. The 7A38-7080 was a rather rare model in all black.

Why it deserves a re-release:  In 1983 Seiko partnered with Italian designer Giorgetto Giugiaro to design a collection of futuristic watches. Some of those timepieces became immortalized being chosen for the wrists of several characters in the Aliens movie. Two of the Seiko Giugiaro watches logically contained 7A28 movements and while the 7A38 was not one of his designs, it did come out around the same time and was clearly influenced by the same themes. With its chic single link bracelet, cool symmetrical layout for the case’s three pushers and one crown, as well as the elegantly utilitarian dial, this for me is among the best looking watches from the 1980s that typifies not only the aesthetic of the era, but also the technological achievements thereof. It is possible to find vintage 7A28 and 7A38 Seiko watches but because people wore them for so long they are almost impossible to find in decent condition.

Chances of it being brought back:  A good chance of an homage, but a modern recreation may be too much to ask for. In 2013 Seiko released a limited edition set of Seiko X Giugiaro 30th Anniversary Spirit watches to honor one of the four Giugiaro-designed watches. Seiko did a pretty good job of emulating the originals but sadly did not use the same movement. This altered the layout a bit, and removed a bit of the elegance of the original. Still it was a pretty decent homage to the past using a modern Seiko movement. Will the same be done with other 7A28 and 7A38-era models? Seiko regularly likes to offer interesting limited editions that honor the past or other themes so while it is impossible to predict what they will do next, a revival of the core 7A38-7080 isn’t too far-fetched. 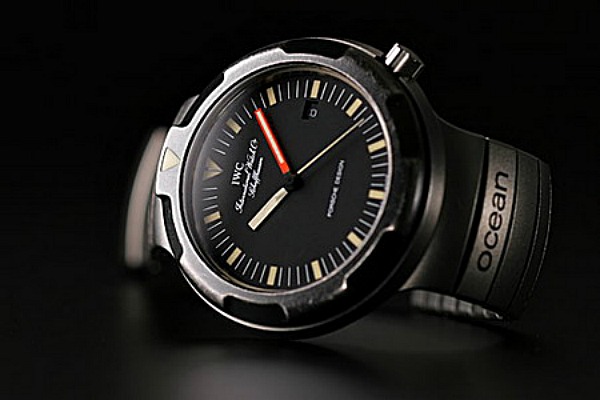 What is it:  One of the companies that produced watches for Porsche Design starting in 1978 was IWC. It was a relationship that did not end until 1997 and was both positive and negative for IWC, because they eventually became upset with consumers associating them with Porsche Design too much. In 1997 Porsche Design moved to working with Eterna. One of the most successful watches born out of the relationship was the famous Ocean 2000 that began as a Porsche Design branded watch in 1981 and was released as an IWC branded watch in 1983. The design itself came directly from Ferdinand Alexander Porsche and was built by IWC with an in-house made titanium case. It was among the first commercial watches ever made using titanium.

Why it deserves a re-release:  Even today the design of this dive watch is incredible. It was very large for the time at 42mm wide, but for many is the perfect size today. The titanium case and bracelet are seamlessly designed with a timeless futuristic feel that is hard to beat. This watch illustrates the strength of the IWC Porsche Design relationship and also is an example of how a tool watch can be beautiful. Rated to 2000 meters of water resistance, it is reported that in actual tests the Ocean 2000 was able to withstand much more pressure. At the time it was one of the deepest diving timepieces in the world. It was seriously cool to own and wear one of these in the 1980s. Note that several different versions of the Ocean 2000 were produced with different dials and movements.

Chances of it being brought back:  It sort of has been brought back in various forms. For 2014 IWC debuted the Aquatimer Automatic 2000 which is influenced by the Ocean 2000 – but is nowhere close to being the same watch. The Aquatimer Automatic 2000 may be of the same theme, but IWC has yet to return with a real Ocean 2000. I have a feeling that a true Ocean 2000 revival is unlikely due to the fact that Porsche Design and IWC no longer work together. It is possible that Porsche Design owns the rights to the design, or maybe it is the other way around. In any event, there may be a conflict and it isn’t clear whether Porsche Design or IWC would take the lead in terms of a true resurrection of the design and poise that made the Ocean 2000 feel so special. 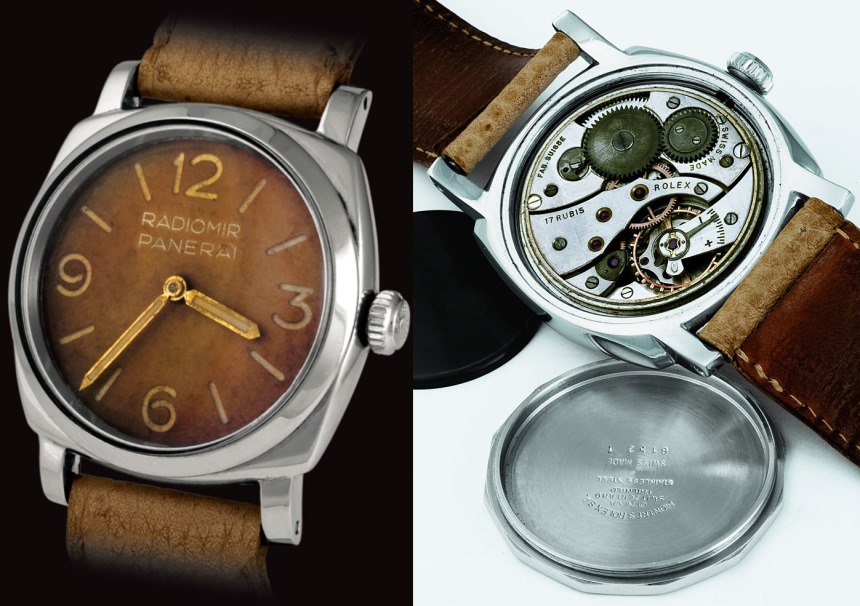 What is it:  When Italian Panerai first began making wristwatches they hired Rolex to do much of the design and actual construction. Thus, starting in the 1930s and through the 1950s, a Panerai was really a Rolex in most aspects. Some Panerai watches even had Rolex logos on them. The above pictured Panerai Ref. 6152 model has a Rolex crown logo on the crown. There are a range of very limited production Panerai watches by Rolex from this era and most of them seem to have been produced for military purposes. Many also used radium for the luminant, and were radioactive – being still dangerous today. Panerai was an instrument maker, so working with Rolex was the logical choice for a durable water-resistant dive watch. Yes, they each contained Rolex movements.

Why it deserves a re-release:  The cushion-shaped case shape of the original Rolex Oyster from 1926 evolved and increased in size to become the iconic cushion-shaped Panerai case in the 1930s. Even in the 1950s Panerai watches were large, often being 47mm wide. Now, for all intents and purposes Panerai still makes these same designs today. In fact, pretty much everything Panerai makes today is from a design that was either directly rendered or inspired by watches made from the 1930s to the 1950s. So to say that these watches don’t exist is not entirely correct. What would be cool is a return to this design by Rolex itself. Imagine a large-sized cushion-shaped diver with all the simplicity and fun design of the original with an emphasis on modernizing it and using a contemporary Rolex movement.

Chances of it being brought back:  That isn’t going to happen. Rolex and Panerai split ways long ago and in the late 1990s Panerai was purchased by The Richemont Group to be under its umbrella of luxury brands. Panerai today is a competitor to Rolex in terms of sales and while they use some outside movements, Panerai has their own manufacture in Neuchatel where they make a lot of their own movements. For whatever claim Rolex had to the designs they gave them up long ago. Even though Rolex could legally emulate the design it has nothing to do with their current brand DNA or heritage from the last few generations. Neverthless, I still think that in an horological fantasy world it would be interesting to think of a sister diver to the Submariner if Rolex were to continue with Panerai and eventually incorporate the company into the larger Rolex brand in some type of alternate version of history.