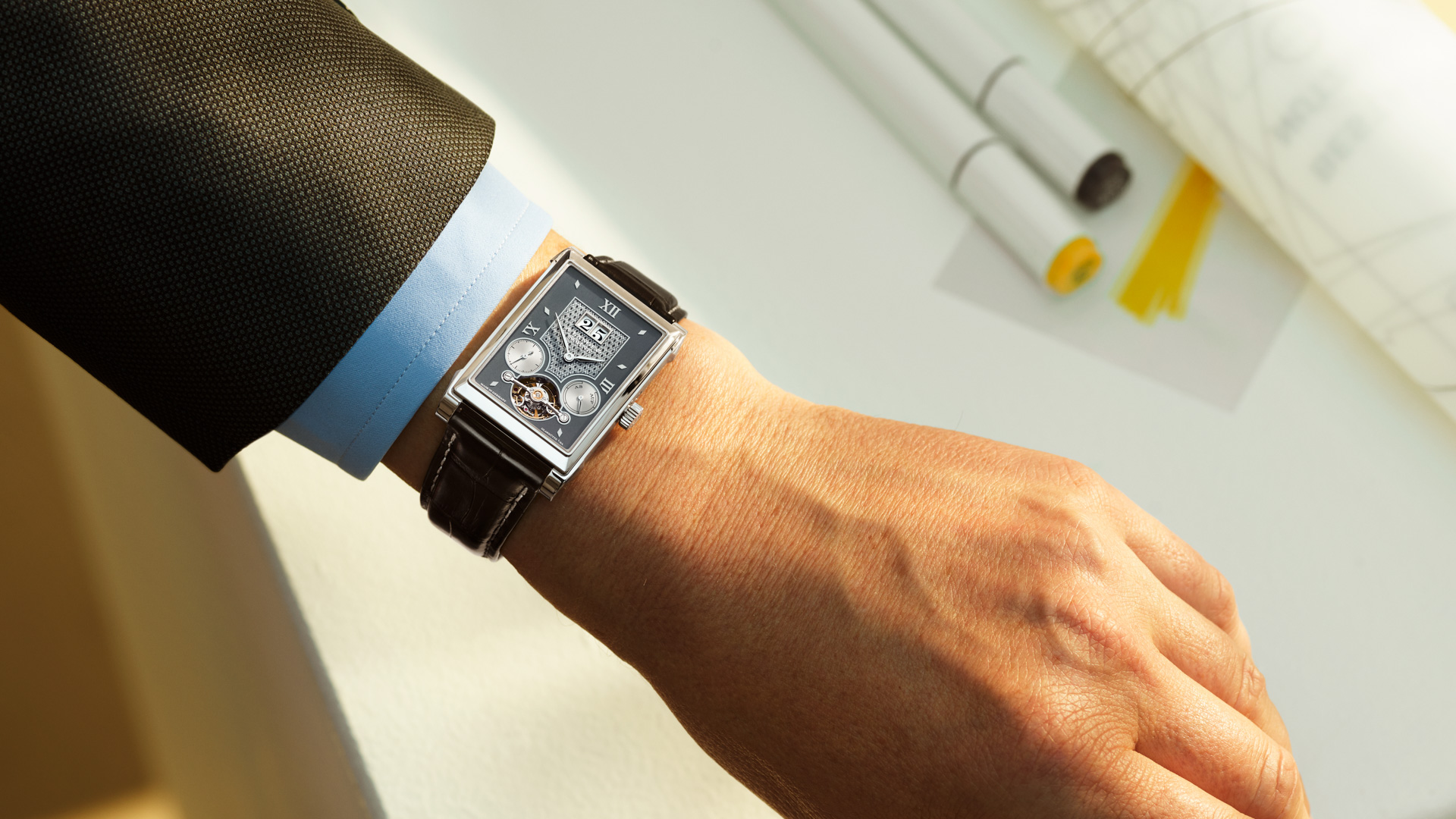 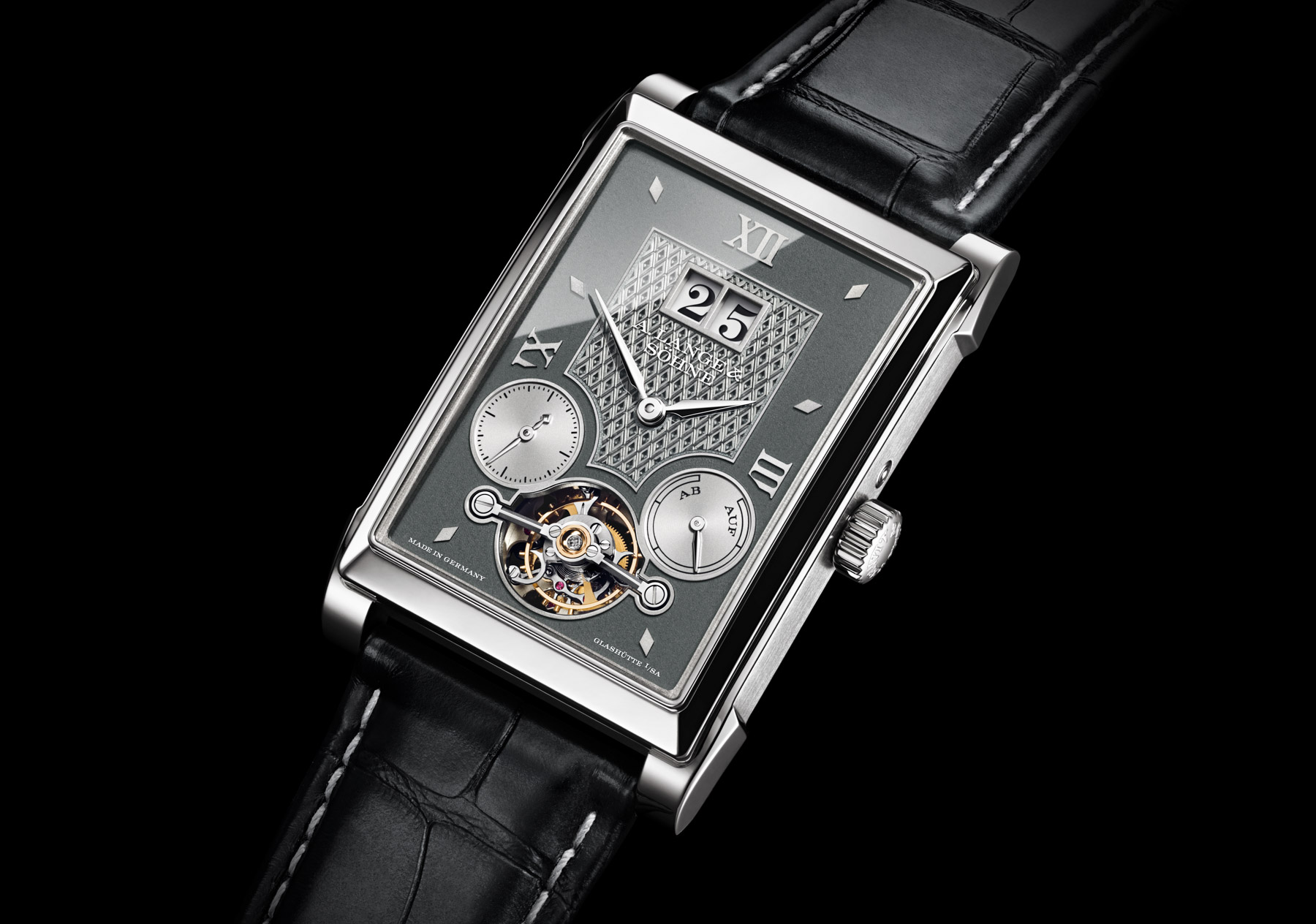 The A. Lange & Söhne Cabaret was the brand’s highly under-appreciated rectangular watch that was debuted in 1997 and was discontinued back in 2009. Now the collection is reintroduced with a follow-up to what was the last, and most impressive, piece in the collection with the A. Lange & Söhne Cabaret Tourbillon Handwerkskunst. Limited to just 30 pieces, it carries a hefty price tag well into several six-figures but it’s hard to argue that this isn’t a spectacular way for the Cabaret to make its comeback. 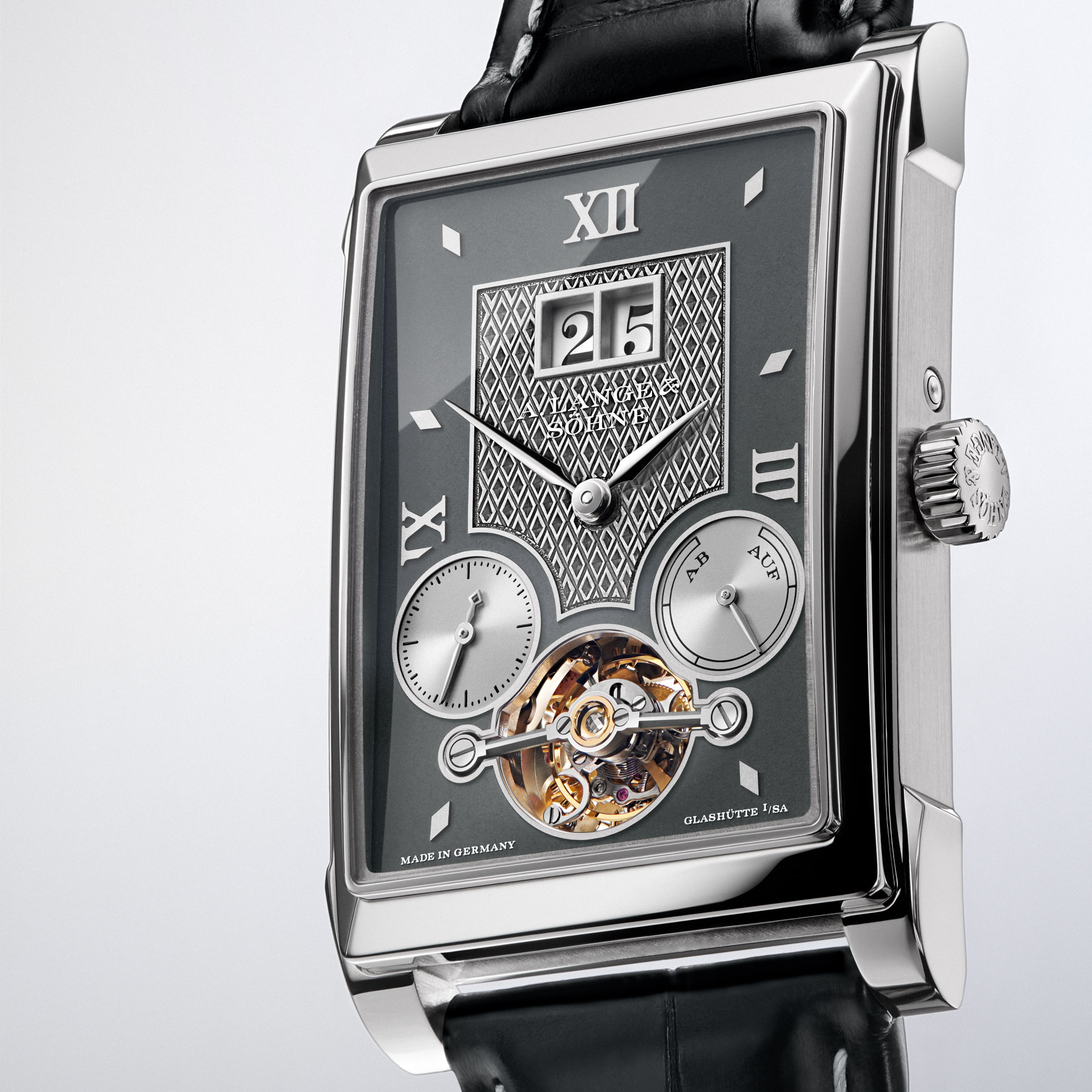 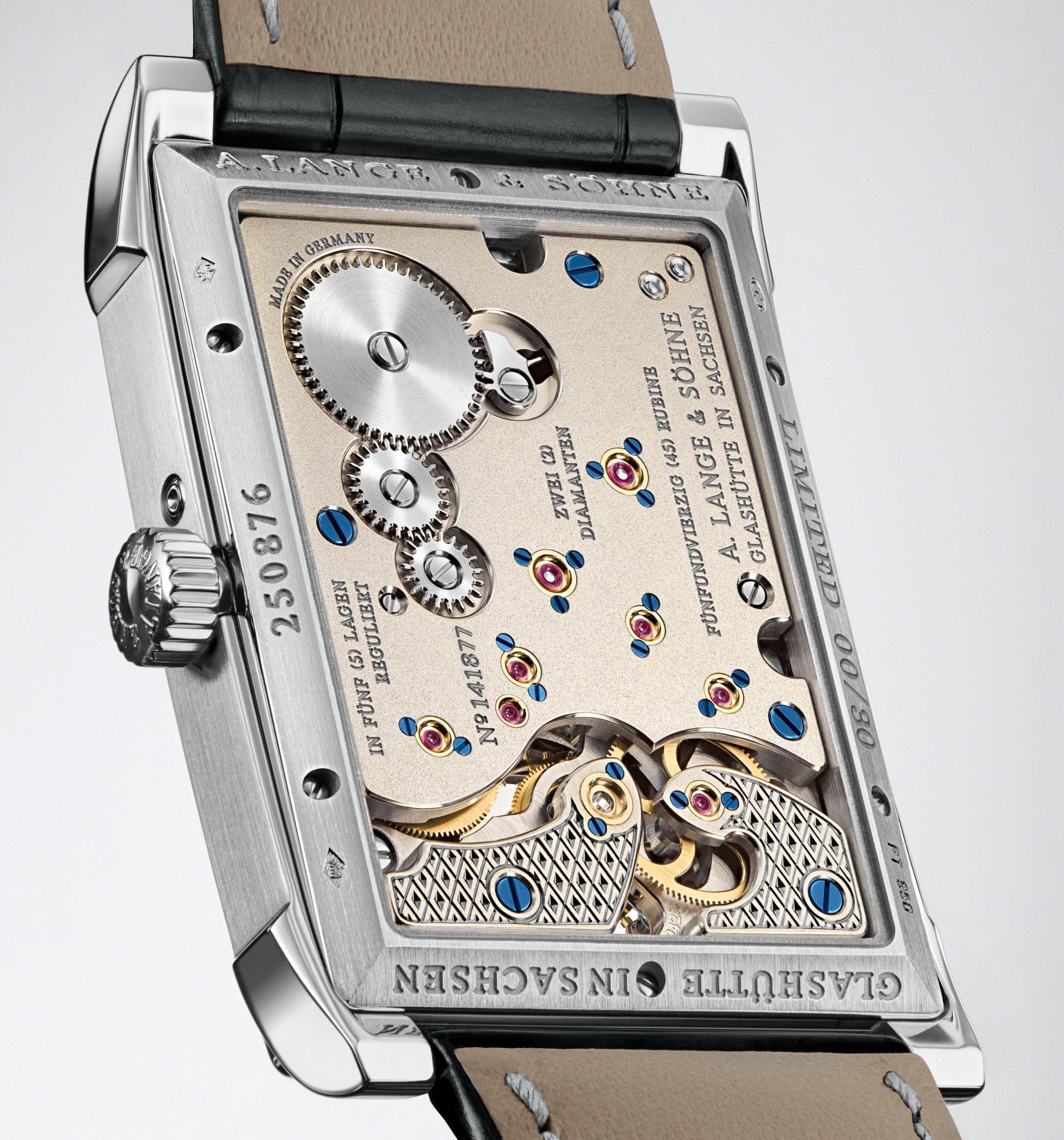 The rectangular platinum case measures 29.5mm-wide, 39.2mm-tall, and 10.3mm-thick, framing the calibre L042.1 which measures 22.3mm-wide, 32.6mm-tall, and 6.4mm-thick. The case is fit just right for the movement, but the dial side looks to be just as meticulously and impressively done. Done in solid white gold, the tri-layer dial is obviously intended to show off that beautiful tourbillon. However, I’m equally enamored of the hand-engraved “lozenge pattern” framing the recognizable Lange big date aperture. You’ll notice this lozenge pattern is echoed in the six non-Roman numeral hour indices as well as on the movement side with the intermediate wheel cocks and tourbillon. 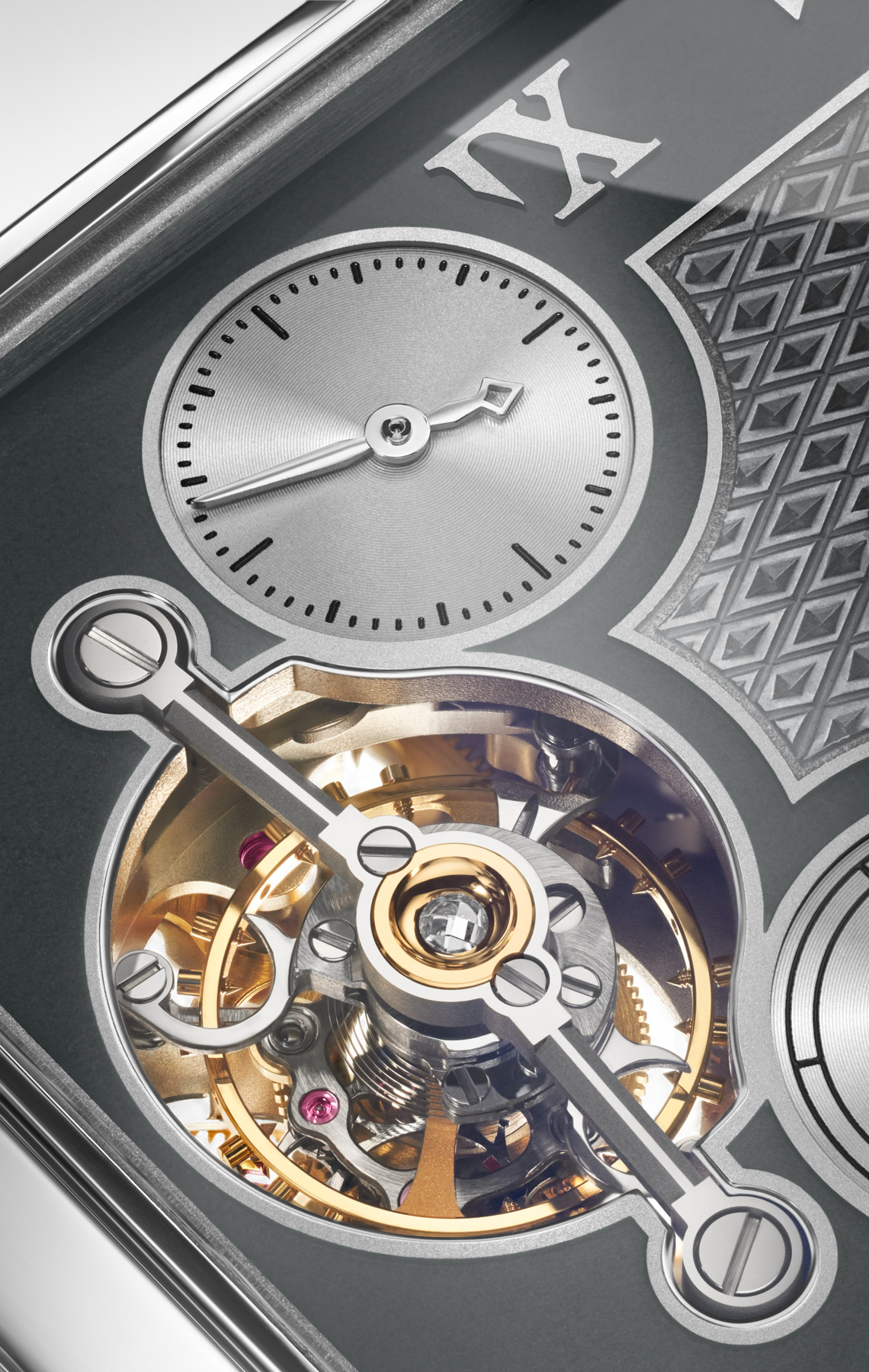 Above the tourbillon, you’ll notice two subdials, with a running seconds at 8 o’clock and power reserve indicator at 4 o’clock. Each aspect of the dial is framed by fine hand-done tremblage, which is incredibly difficult and physically taxing due to just how small and precise the work is.

Finally, the dial is finished with a semi-transparent layer of enamel that is supposed to make everything just that much rich and radiant. That’s something that I would love to see in the metal, as it’s a touch that just can’t be communicated through photography. 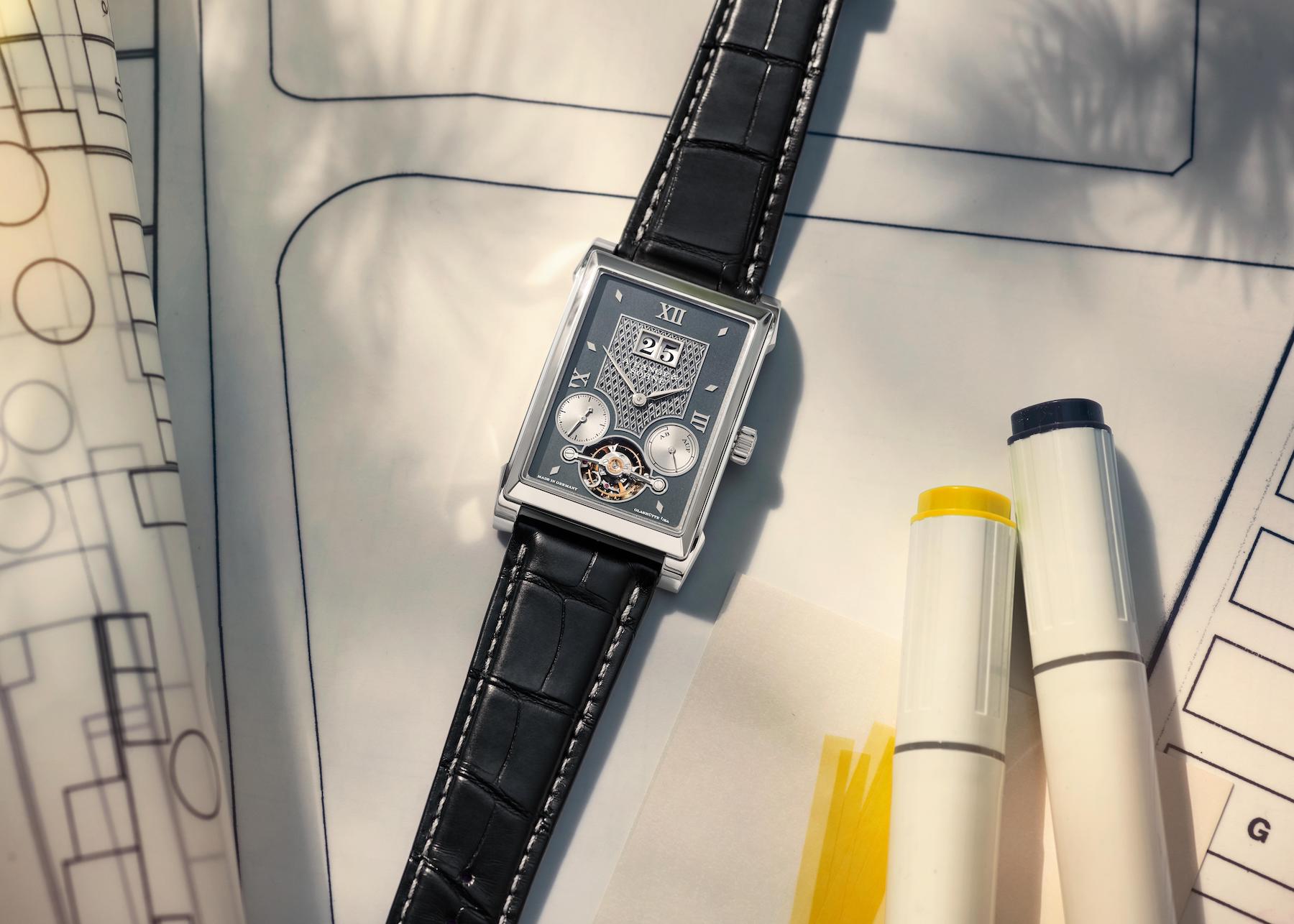 In addition to the lozenge pattern finishing, the calibre L042.1 features an untreated German silver three-quarter plate. I’m a big fan of these warm granular German silver finishes on Lange movements, and I’m sure this one is up there with its best. If the nine screwed-gold chatons on the movement (eight on the back and one on the dial-side of the tourbillon) didn’t give it away, the calibre L042.1. is designed to evoke the grand pocket-watch movements of old.  Comprised of 370 parts (84 dedicated to the tourbillon), the manual-wind calibre L042.1 operates at 21,600 vph and has a 120-hour power reserve.

The A. Lange & Söhne Cabaret Tourbillon Handwerkskunst really is as good as it gets when it comes to just about every aspect of a great watch. The case, dial, and movement are Lange at its best, and I’m also really excited about the rectangular Cabaret collection making a comeback (as limited as it is, at least for now). Limited to 30 pieces, the Cabaret Tourbillon Handwerkskunst is priced at 315,000 EUR. You can learn more at alange-soehne.com