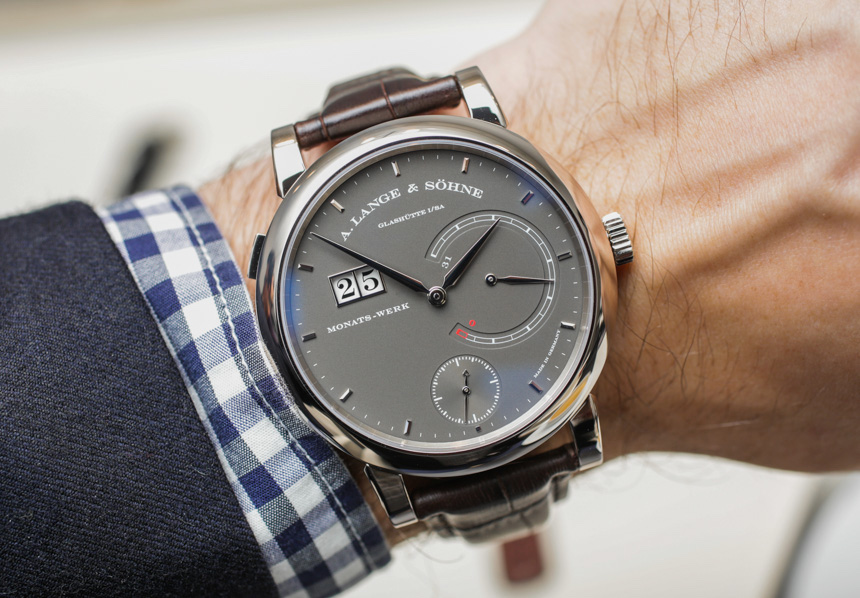 No fewer than 744 hours. That’s how long the power reserve for the A. Lange & Söhne Lange 31 watch is. While not a record in watchmaking (I believe the Hublot MP-05 LaFerrari has the longest power reserve on the market with 50 days), it is indeed a remarkable feat, and more so because it’s a piece that you can ostensibly actually wear every day for a month. This year at SIHH 2017, Lange released this limited edition version that has a white gold case and a gray dial. I always forget that the A. Lange & Söhne Lange 31 is in the Saxonia family, which is often seen as the entry point for the Glasshütte manufacture, but this is a model that is priced in line with their more complicated and pricier models at just around $150,000. 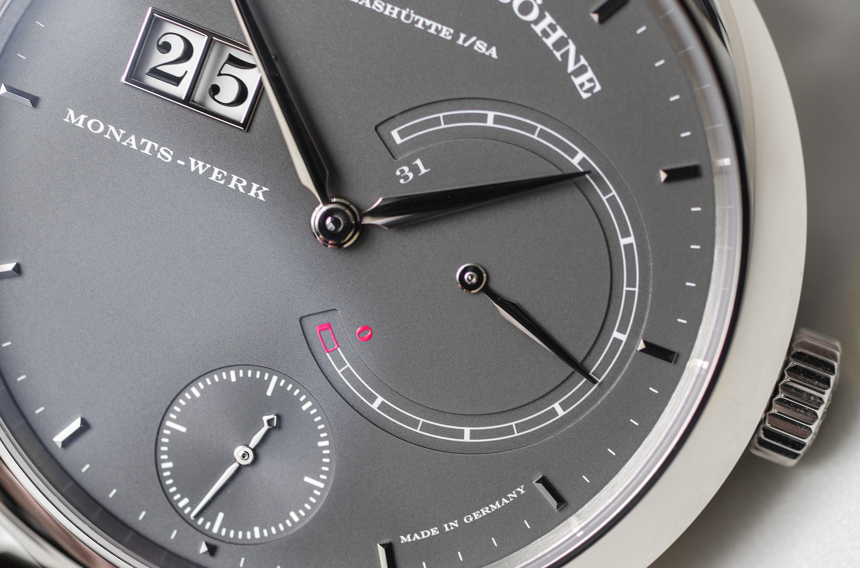 In typical Lange fashion, there isn’t a lot on the dial drawing attention to what beats within. In fact, other than the “MONATS-WERK” (Monats being “month” in German) at 9 o’clock and the large power reserve indicator, there’s not a lot that would immediately give away what makes this watch so special. I think the decision to go with a white gold case underlies the more discreet personality of both the watch and the person who wears it. You wouldn’t guess that this is Lange’s second most expensive debut this year, after the grandiose Tourbograph Perpetual Pour Le Merite. 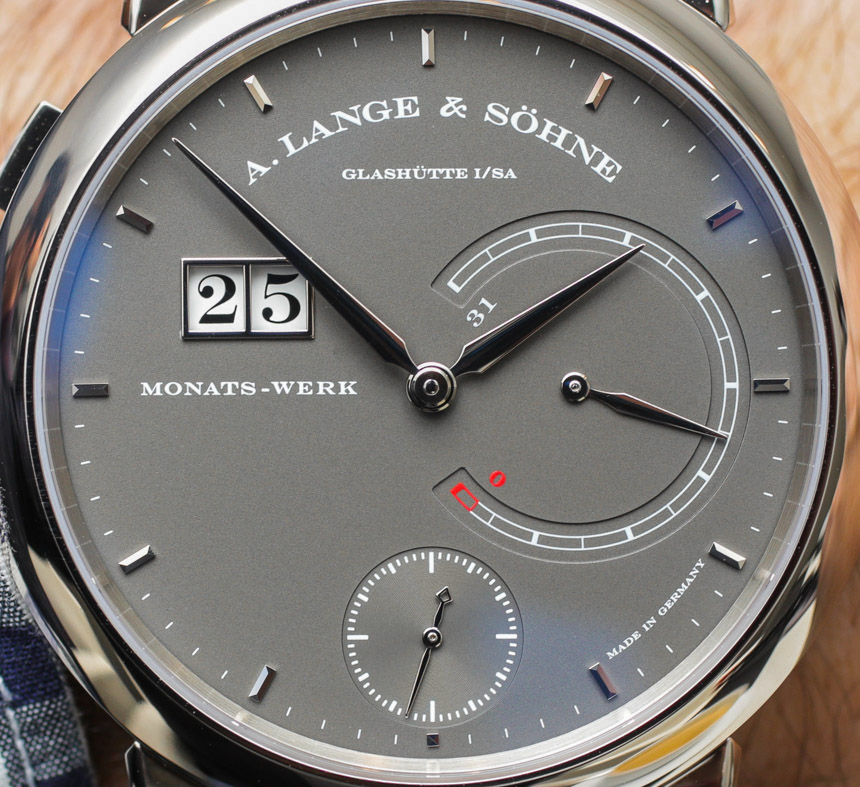 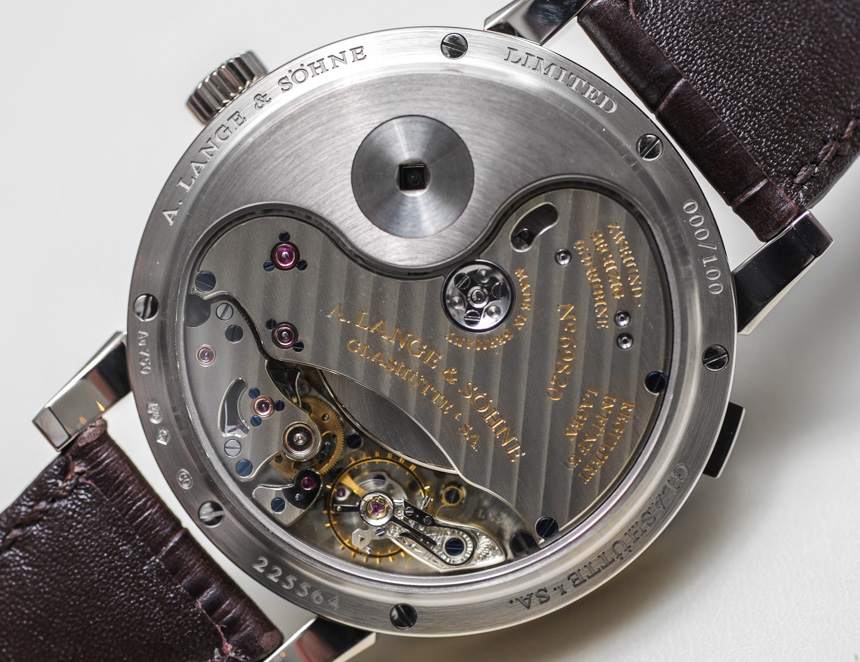 You’ll notice that the power reserve indicator has a marker for every other day and the final two days are split up so you know when you’re reaching that “red zone” of a power reserve nearing its end. Those instantly recognizable “oversized’ (I hate that word, as they look the right size to me, personally) date windows can hypothetically do a full month’s cycle in tandem with the power reserve which is a fittingly German act of luxurious efficiency. If you’re thinking about how long it would take to wind the watch when the time finally comes, Lange provides a steel turning key which generates extra torque and significantly reduces the physical work needed to turn the crown. It’s also got a backstop ratchet integrated with a torque-limiting mechanism so it’s protected against an accidental counterclockwise turn. 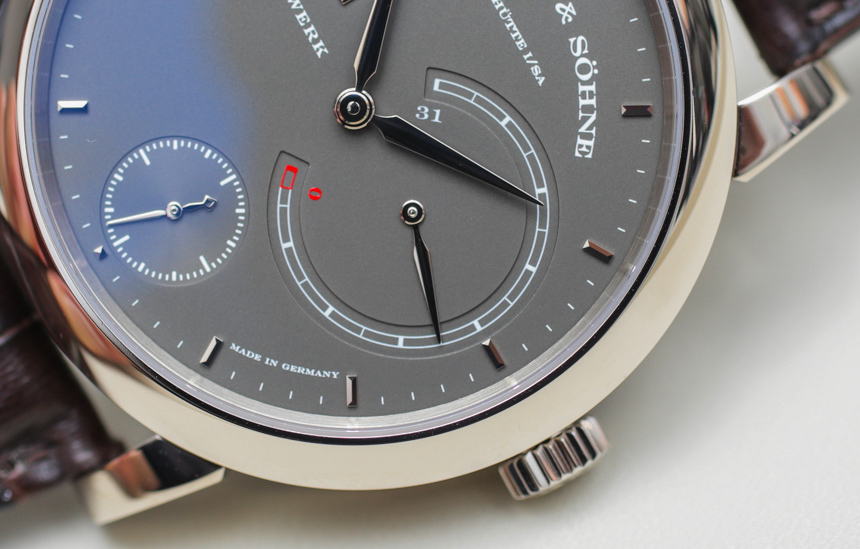 The L034.1 manual-wind movement is unique to the A. Lange & Söhne Lange 31. The power reserve is possible due to the twin mainspring barrel. Two vertically stacked 25mm-diameter barrels contain springs that are 1,850mm long (each is around 10 times the length of a more conventional spring). Inherent to longer mainsprings comes the issue that loss of torque is more pronounced as the spring relaxes. To remedy this, A. Lange & Söhne has a patented constant force escapement which retensions a remontoir spring (a secondary spring) by 60 degrees every 10 seconds. My movement expertise can’t fully and thoroughly explain all of the mechanisms here, but I’ll take Lange at their word that this constant force escapement system ensures uniform torque for the entire duration of the 31-day power reserve. 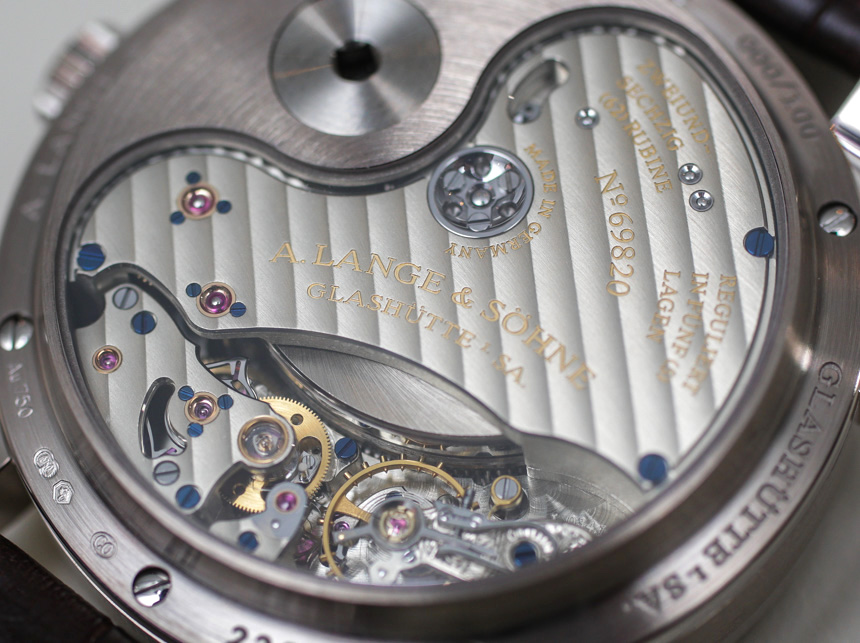 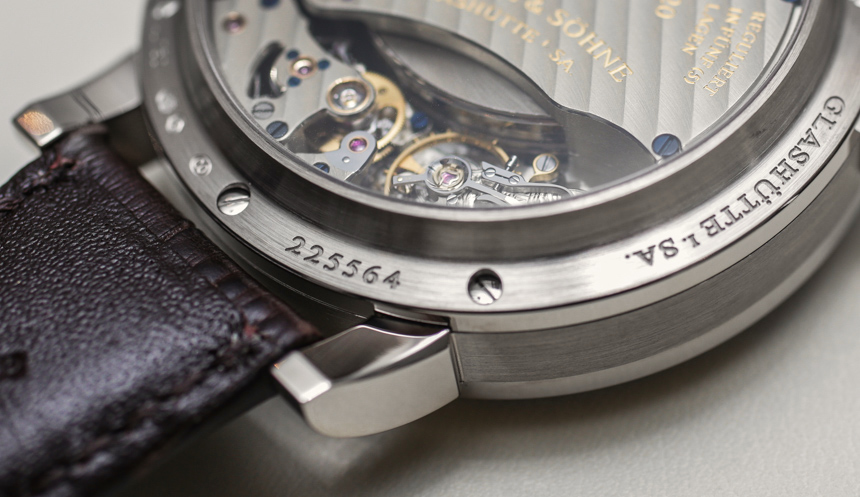 The L034.1 movement is 37.3mm wide and 9.6mm thick, made of 406 parts including 62 jewels. It operates at 21,600vph and has a Nivarox balance spring. When you turn the watch around, you see the kidney-shaped exhibition that gives you a look at the constant force escapement system, a hand-engraved balance cock, and the traditional 3/4 movement plate. And on the top left you’ll see where the turning key is inserted in order to wind the watch. In order to easily access this, the deployant clasp allows the strap to fully open on one side. 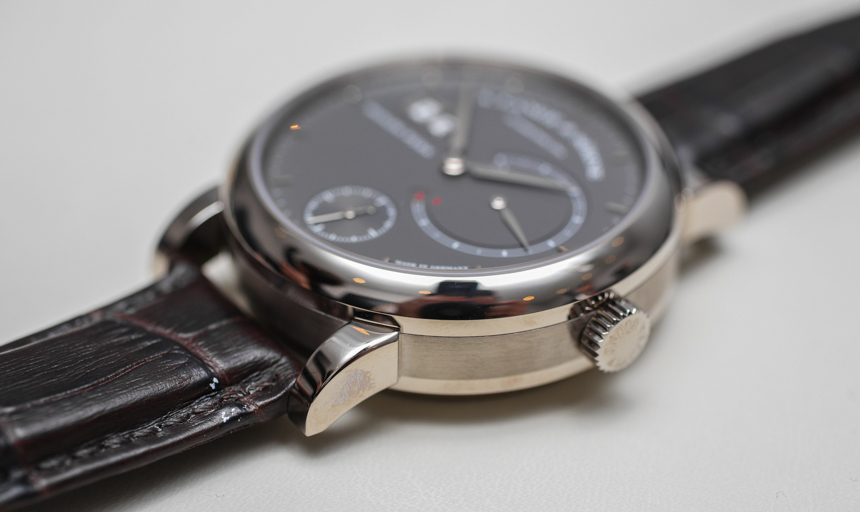 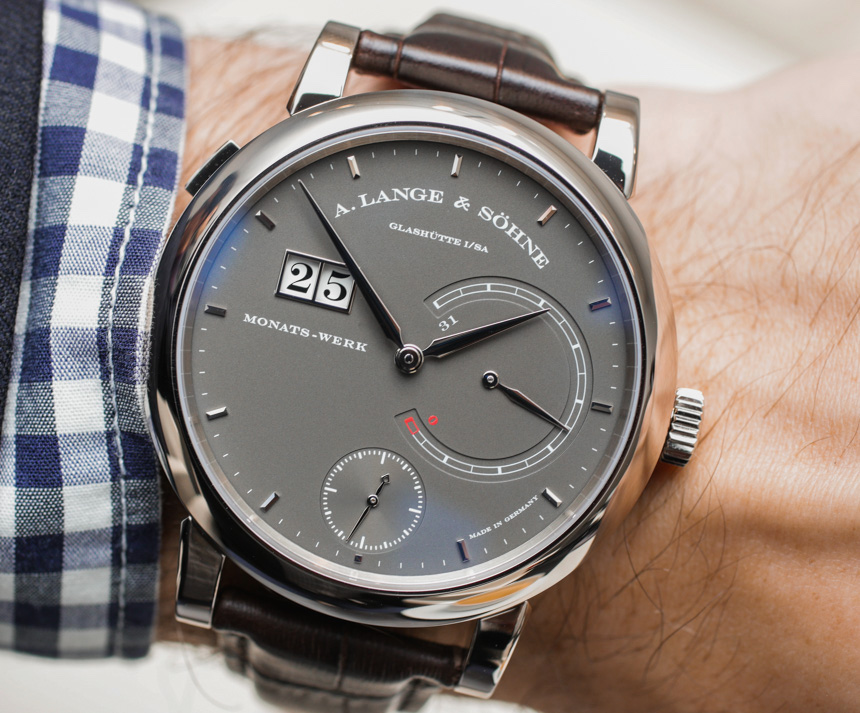 The case is 45.9mm wide and 15.6mm thick, making it a pretty substantial watch as far as wrist presence goes. That being said, the movement and how much must go into a watch with a 31-day power reserve is obvious, and it’d be naive to expect a small case. Hell, everything else about the piece is so discreet you might as well have something about it that grabs attention, right? 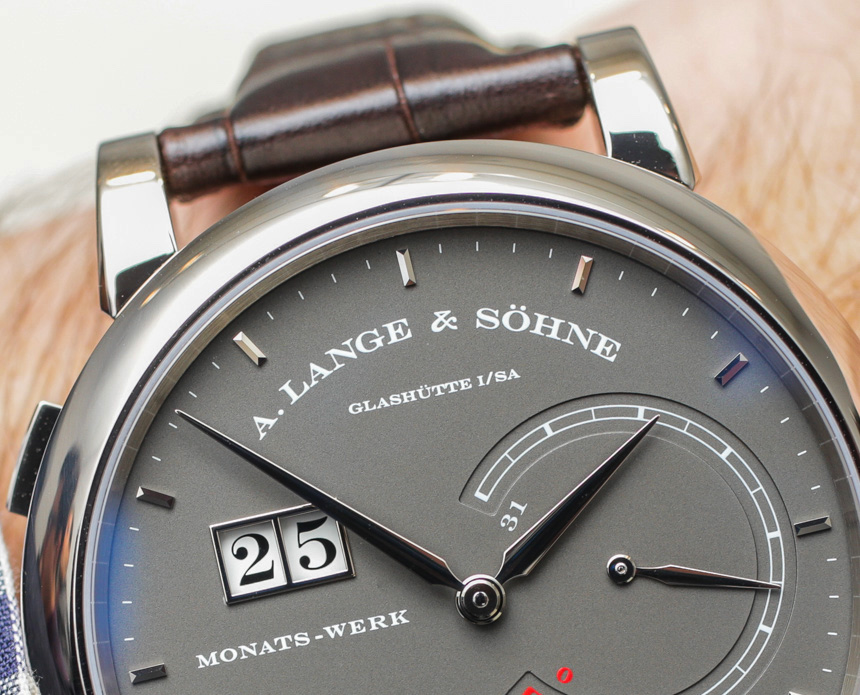 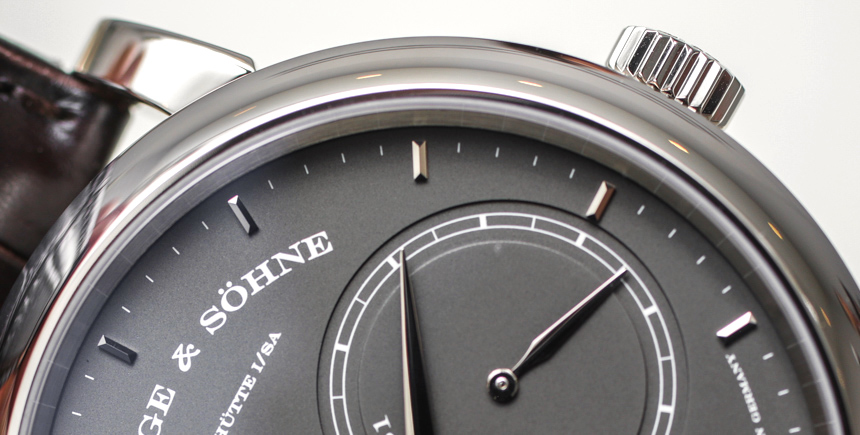 The legibility of the dial leaves something to be desired as the rhodium-coated gold hands on the gray dial have a shadowy effect. The indices are silver so they provide some contrast on the dial, but that’s really about it as far as dial adornment goes. It’s a clean dial with enough breathing room between the date windows, the power reserve, and the seconds sub-dial. 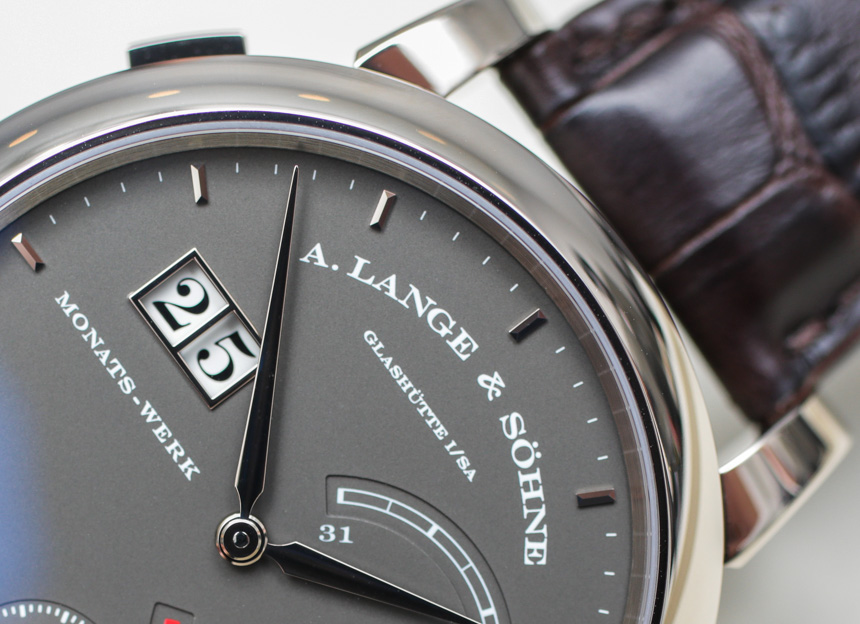 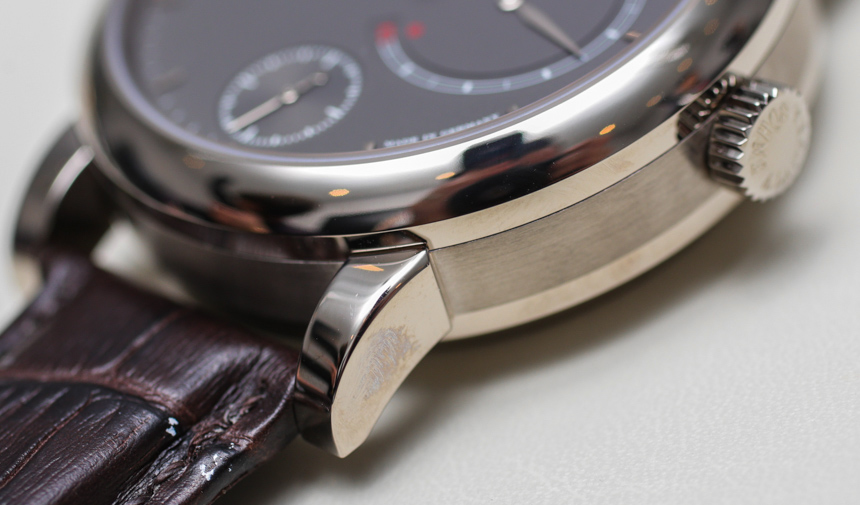 The A. Lange & Söhne Lange 31 comes on a dark brown alligator leather strap with a deployant buckle which, as previously mentioned, fully detaches on one side in order to use the turning key on the caseback socket. The buckle is also made of white gold, naturally. 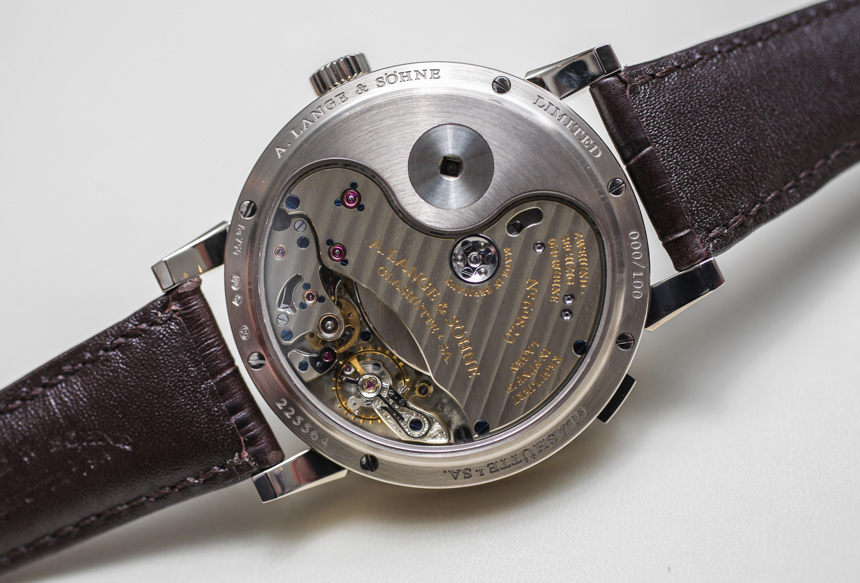 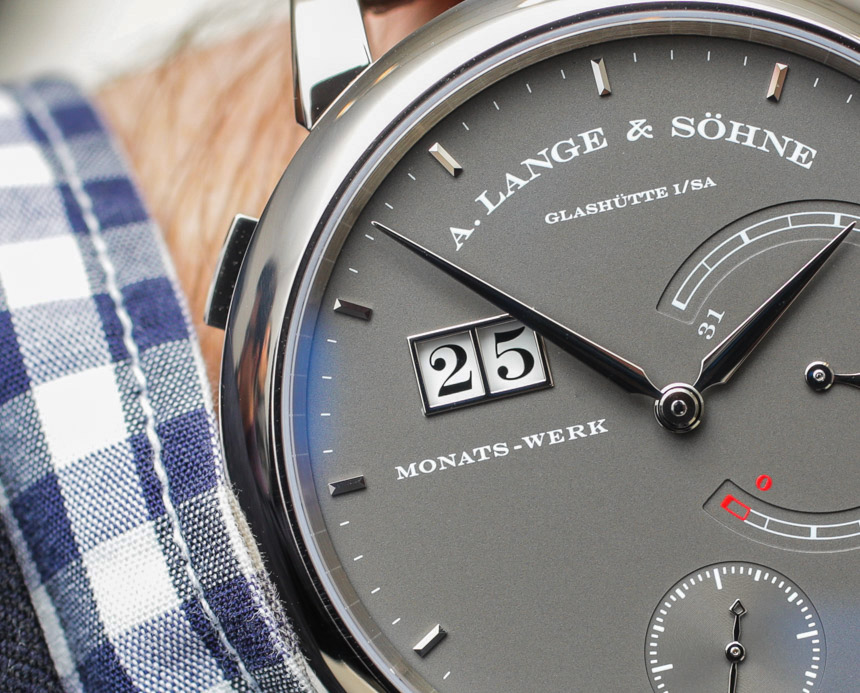 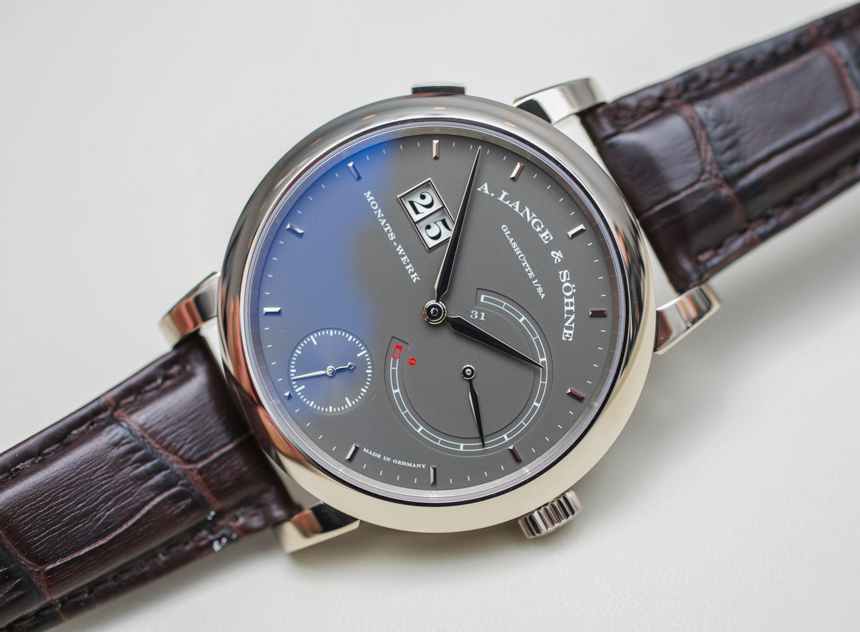 There are going to be 100 of these white gold, gray dial A. Lange & Söhne Lange 31 watches made. I love watches like this that are intended in design and function to please only the person who wears it and not really make a statement of its own other than the technical prowess and capability of the manufacture. Price for the A. Lange & Söhne Lange 31 Ref. 130.039 in white gold is €142,300. alange-soehne.com