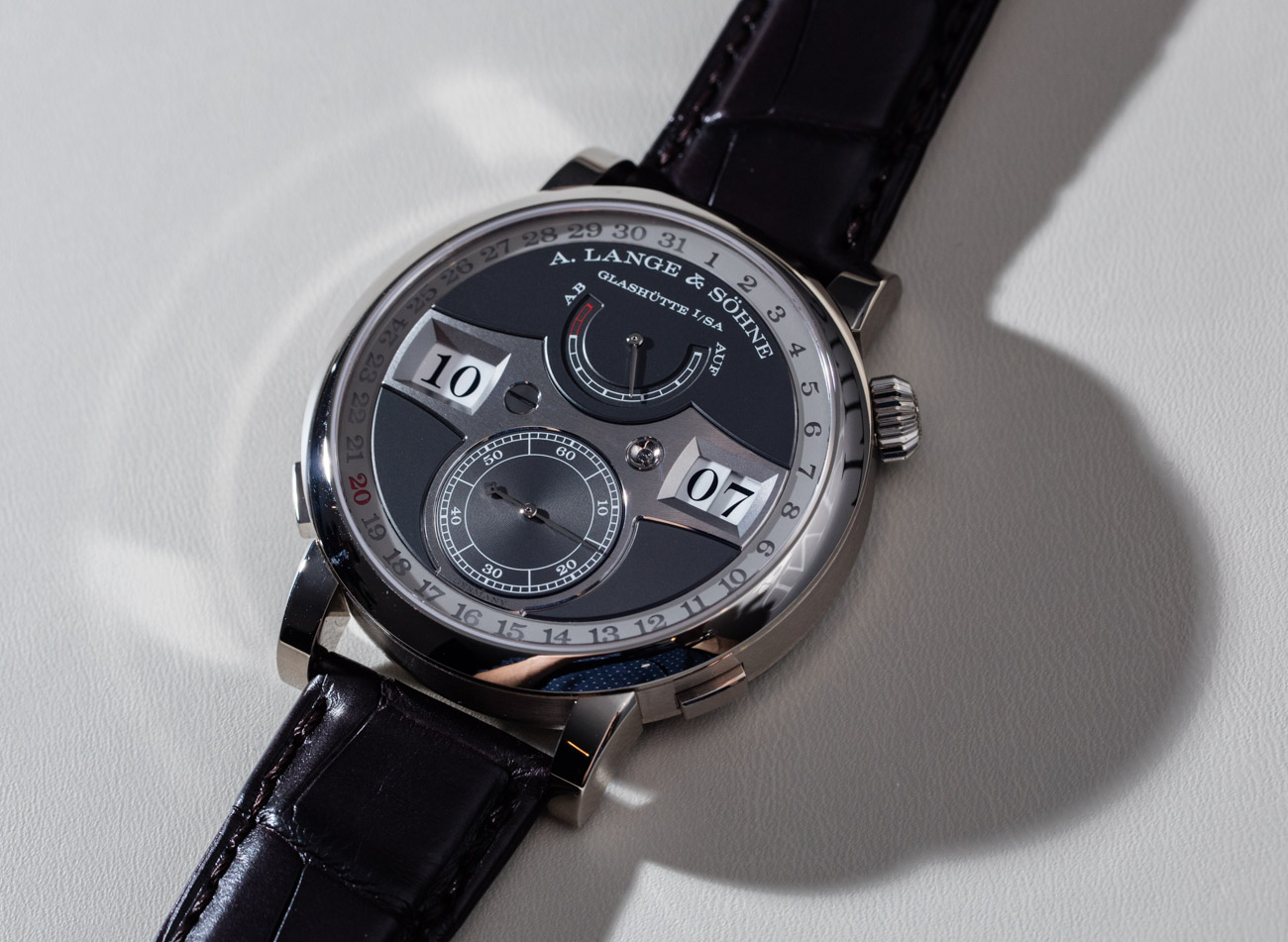 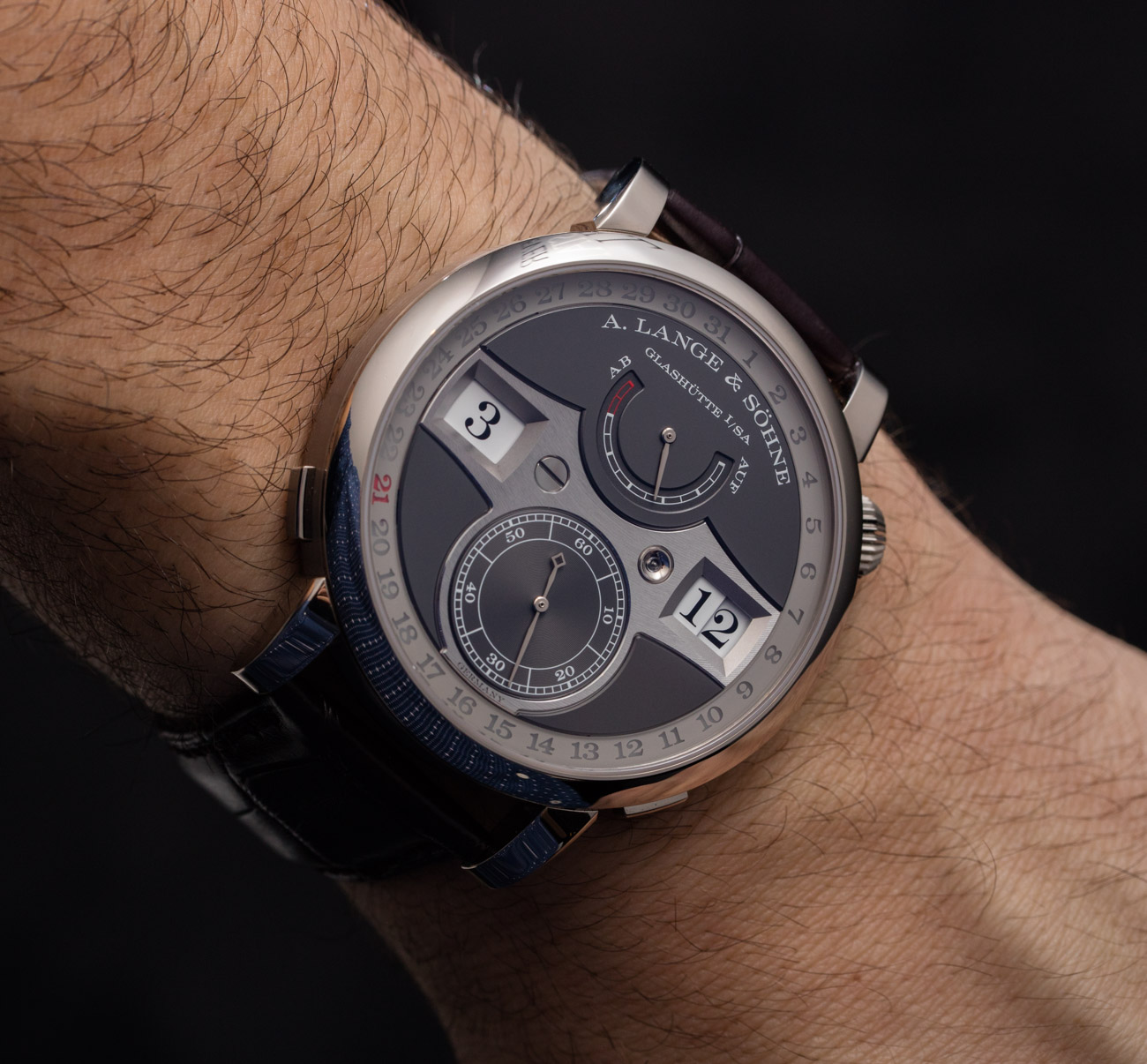 For 2019, German A. Lange & Söhne finally introduces a refresh of the acclaimed Zeitwerk that helps make this mechanical digital watch both more modern and more practical. Since the first version of Zeitwerk, which was originally introduced in 2009, the 2019 ref. 148.038 Zeitwerk Date is the biggest update of the perennial favorite. Until 2019, newer versions of the Zeitwerk were either cosmetic variations or more complicated (and less practical) ones, with an hour-striker as well as a minute-repeater. The A. Lange & Söhne Zeitwerk Date is no budget-minded product, but it does offer as much practicality as one might hope for in a cool, quirky, and technically interesting luxury wrist watch.

As the name of the Zeitwerk Date implies, the new complication here is a calendar that features a date indicator on the periphery of the dial. There is a fixed ring of 31, days with only one of them being “active” at any given time (colored in red). The red indicator moves under the cut-glass date indicator display and precisely jumps to the next spot at midnight. One of the pushers on the case is used to quickly adjust the date, if necessary. 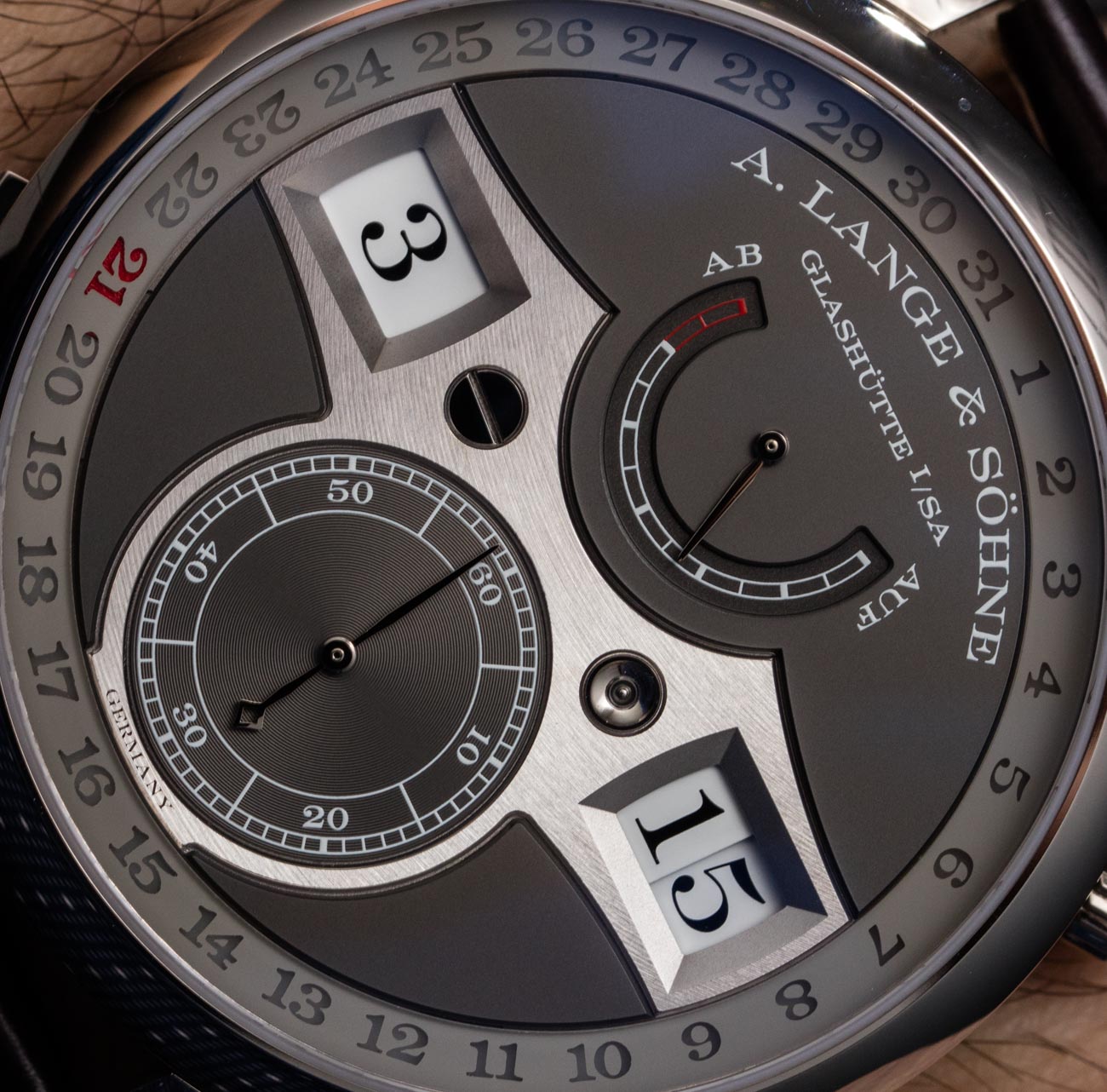 Did the Zeitwerk need a date indicator? Not really, but then again, no one really needed the Zeitwerk to begin with, given that this is a purely emotional product. Adding the date to this watch (in my opinion) is a tacit statement from A. Lange & Söhne to collectors about the intended use of the watch — which is, ideally, for daily wear. That said, my favorite new features of the Zeitwerk actually don’t relate to this new complication. Why add one, then? A. Lange & Söhne doesn’t like to make its older watches ever seem obsolete. So, what they often do is add some piece of functionality to new models of previous products in order to not seemingly reduce demand for the older models. 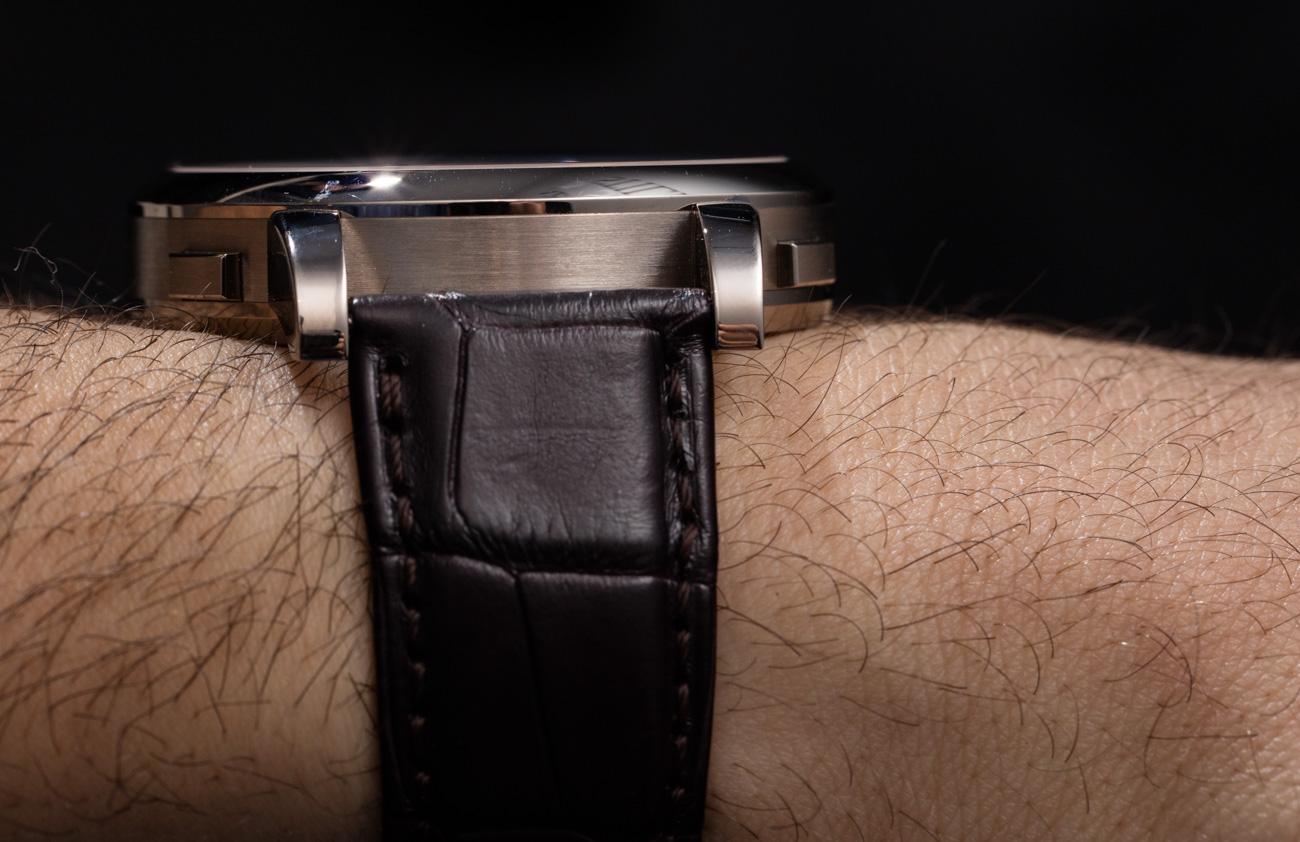 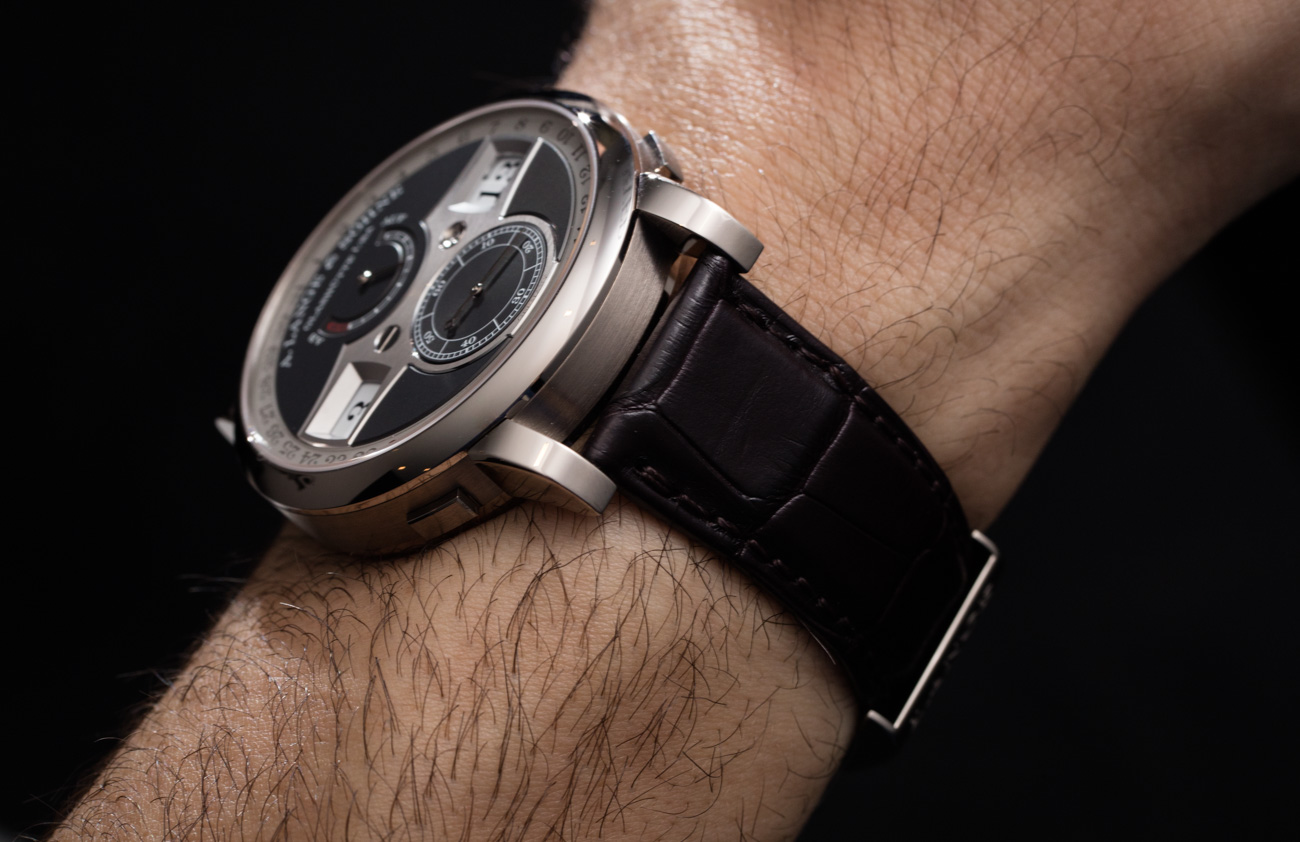 In my opinion, the two most important new features of the 2019 Zeitwerk Date are the larger case size and the corresponding increase in power reserve for the movement. The original Zeitwerk Date was sized at 41.9mm-wide (12.6mm-thick), and the new Zeitwerk Date is 44.2mm-wide and 12.3mm-thick. In my opinion, this wider and slightly flatter case feels a bit more modern and wears really nicely. It doesn’t seem too big and, at the same time, the larger case size allows for a bigger mainspring barrel. If you’ll recall, the original Zeitwerk was limited by having a power reserve of only about 36 hours. For the Zeitwerk Date, A. Lange & Söhne was able to increase the power reserve to 72 hours , which really increases the “autonomy” of the watch. 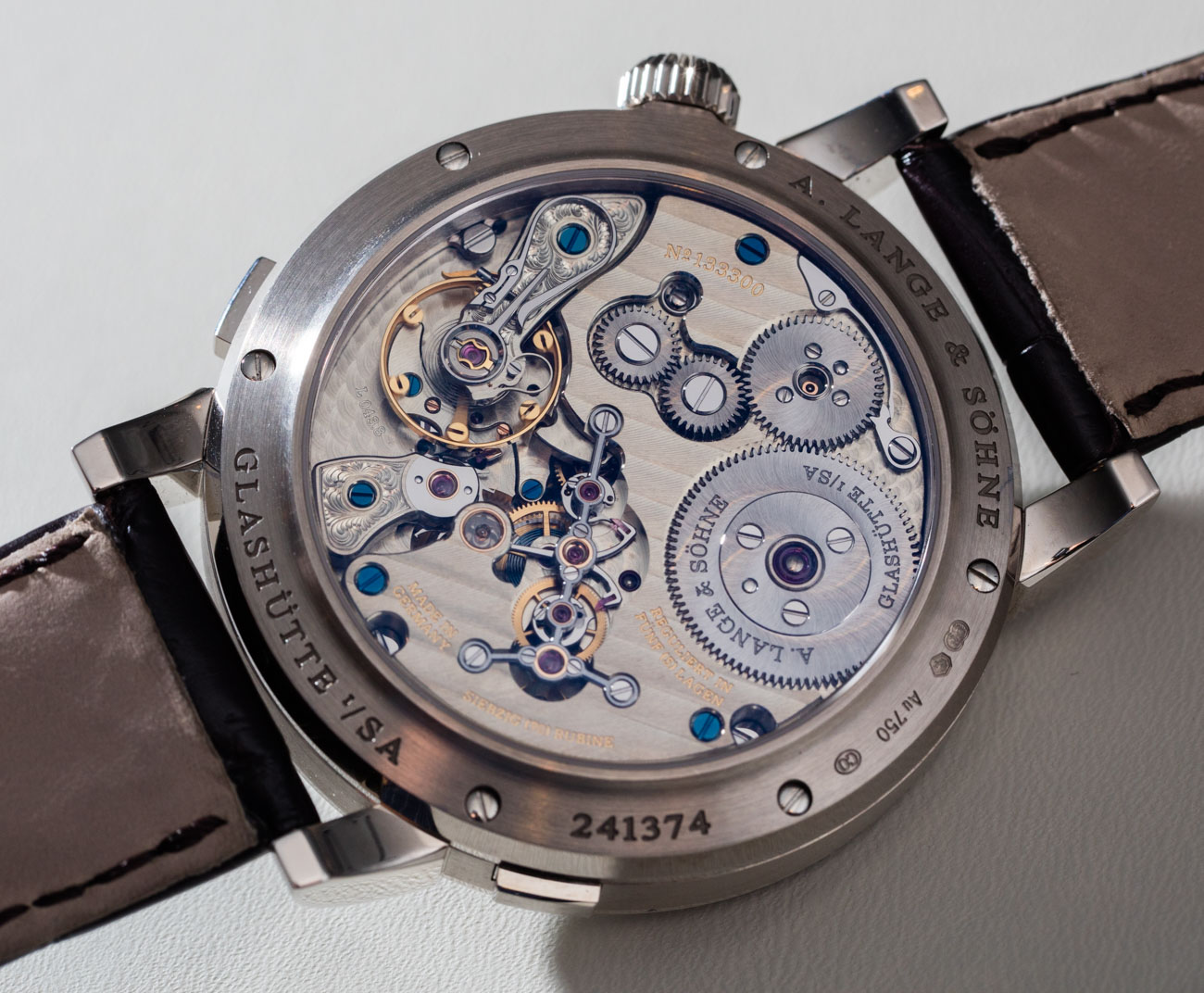 This is thanks to the new in-house-made A. Lange & Söhne caliber L043.8 manually wound movement. The original functions remain, including an instant-jumping hours and minutes digital window, as well as a traditional subsidiary seconds dial. Crucial to the old Zeitwerk was the analog power reserve indicator that helps make sure you keep the watch wound. Now with three days of power reserve, you’ll have to watch the power reserve indicator less, but it is still very handy in any manually wound mechanical watch product. Note that the new pusher on the case (there are two pushers and a crown) is designed to advance the hour one full stop ahead, helping to adjust the time in a rush. 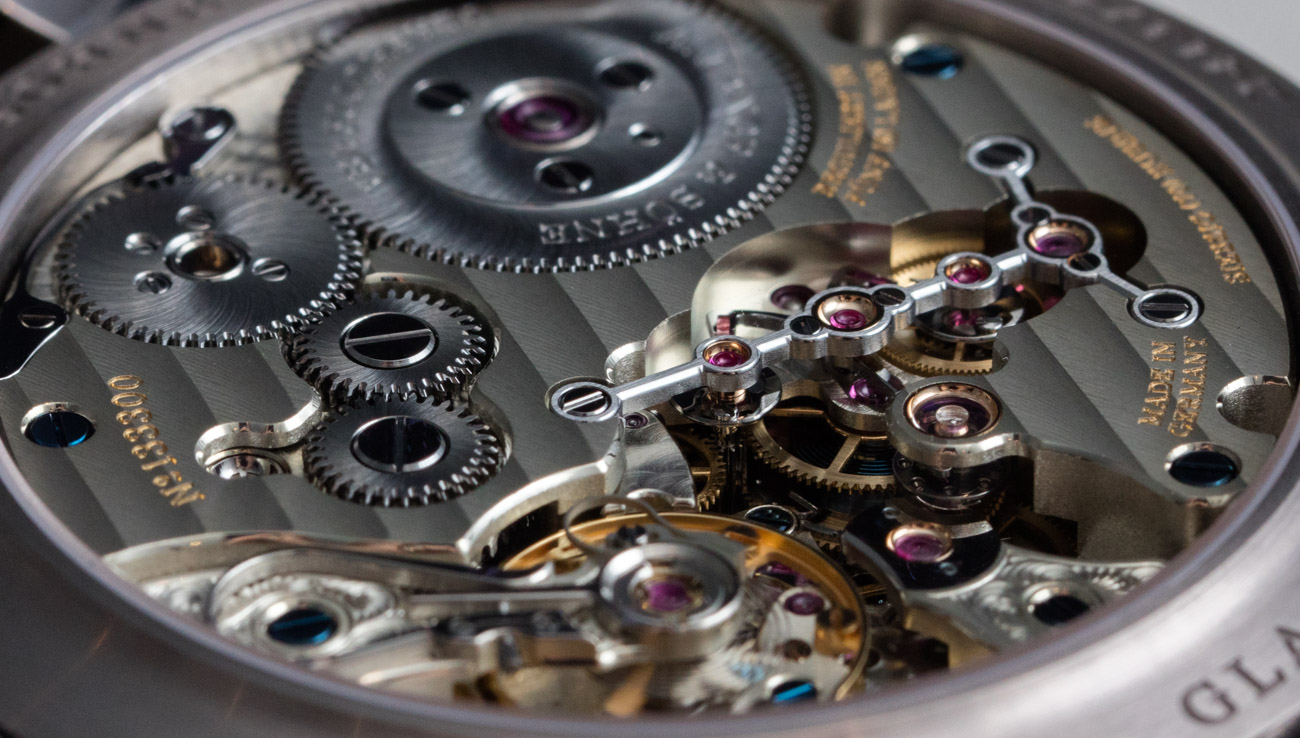 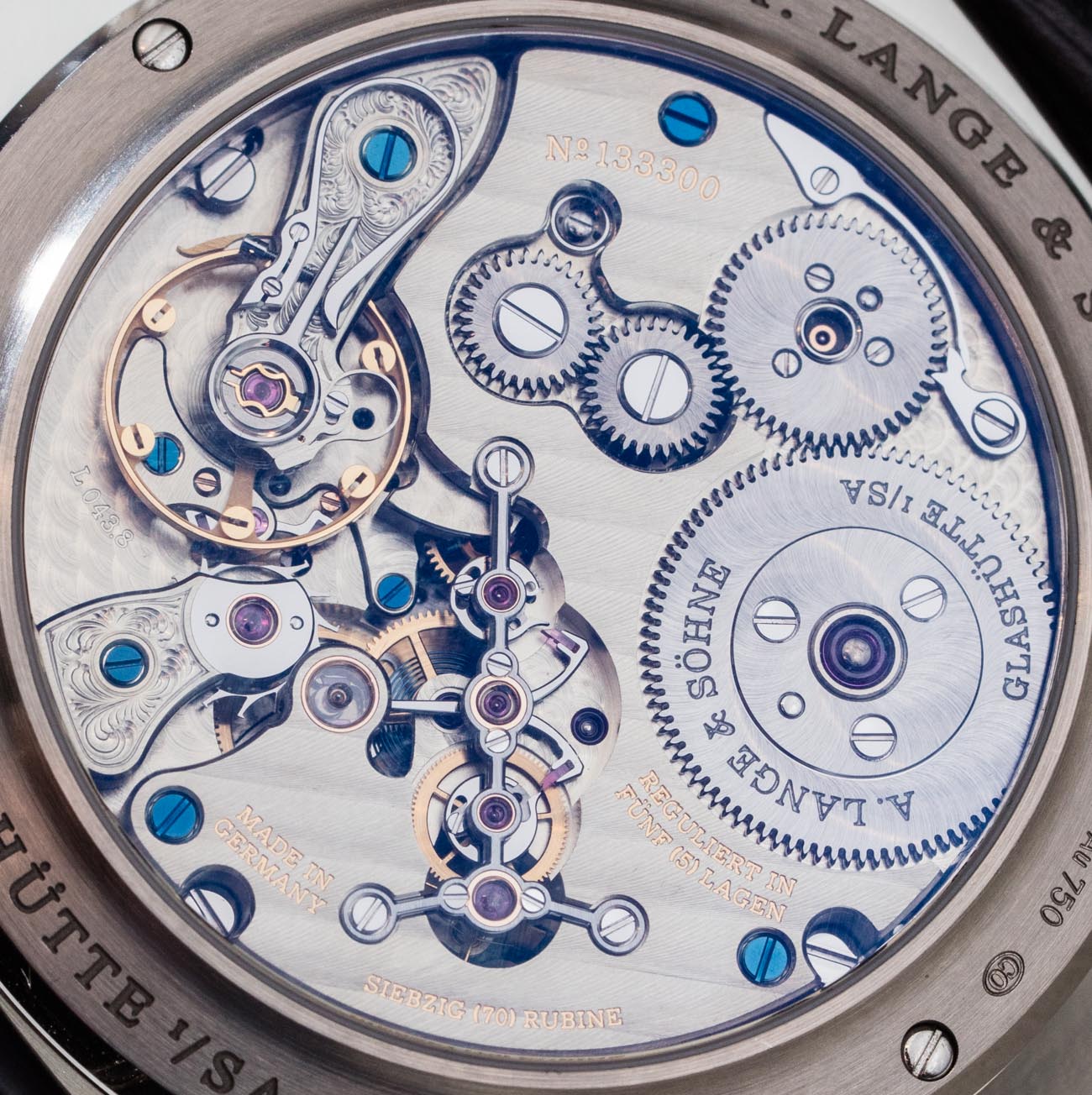 Lange had a very challenging time making this dual digital indicator watch work in the first place, because of the amount of power consumed each time the indicators change. To that end, the Zeitwerk has always contained a constant force escapement complication in order to ensure consistent power from the mainspring to the running gear train. This is done by a remontoire system that works by creating an intermediary system that builds up power and releases it in consistent chunks to the rest of the movement. The total number of components in the beautifully hand-decorated and -polished L043.8 movement is 516. In addition to the 72 hours of power reserve, the watch beats at rate of 18,000 bph. That slower rate is good for lengthening the watch’s overall power-reserve time, but is generally bad for accuracy. That said, the Zeitwerk Date does contain a constant force mechanism, so I’d be really interested to know what type of daily accuracy one can expect from it. 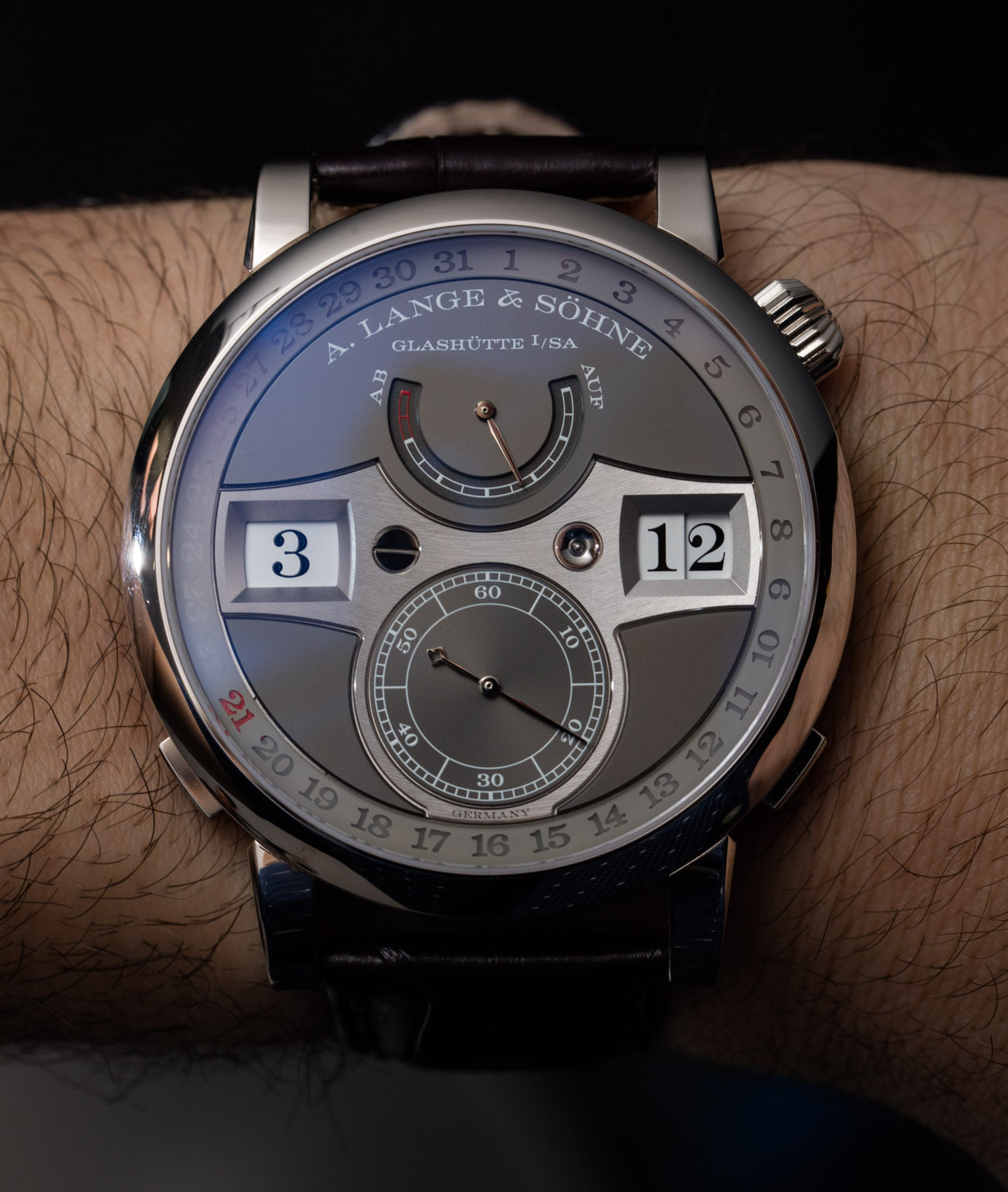 The only version of the A. Lange & Söhne Zeitwerk Date available for 2019 (as of now) is this ref. 148.038 in 18k white gold with a gray-toned dial (various shades of gray). It comes on an attractive brown alligator leather strap and, from the rear, you can view the beautiful, mostly German silver, movement through the caseback’s sapphire crystal window. Tone-wise, this is a very conservative watch — which is probably a good thing, since the men and women behind it in Glashütte, Germany feel it would make for a good daily-wearing product. I agree, presuming you have nearly $100,000 of disposable cash laying around to buy one. Given the niche nature of the Zeitwerk Date, and its relatively subdued demeanor, we left this product off the Top 10 Watches Of SIHH 2019 list, but that doesn’t mean it isn’t an excellent product, and now ten years later, an excellent follow-up to the original Zeitwerk. The ref. 148.038 A. Lange & Söhne Zeitwerk Date has a retail price of 89,000 Euros. More at the A. Lange & Söhne website here.