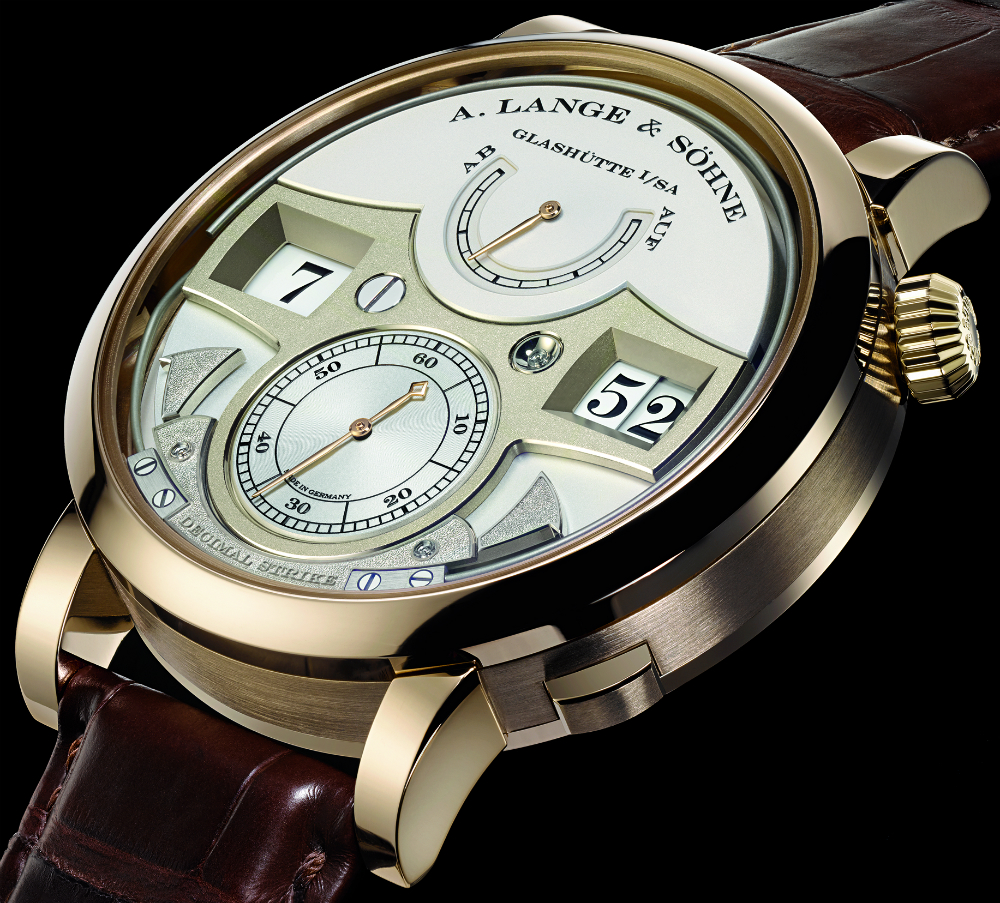 There is always a lot of excitement around January when SIHH comes around. Much of it has to do with what we can expect from A. Lange & Söhne, arguably the most prestigious German watch brand and certainly one of the crown jewels of the Richemont Group. Well, we can tell you now that among the new watches for SIHH 2017 is this A. Lange & Söhne Zeitwerk Decimal Strike watch in honey gold, a very special watch made with a very special metal. Let us talk you through its features now. 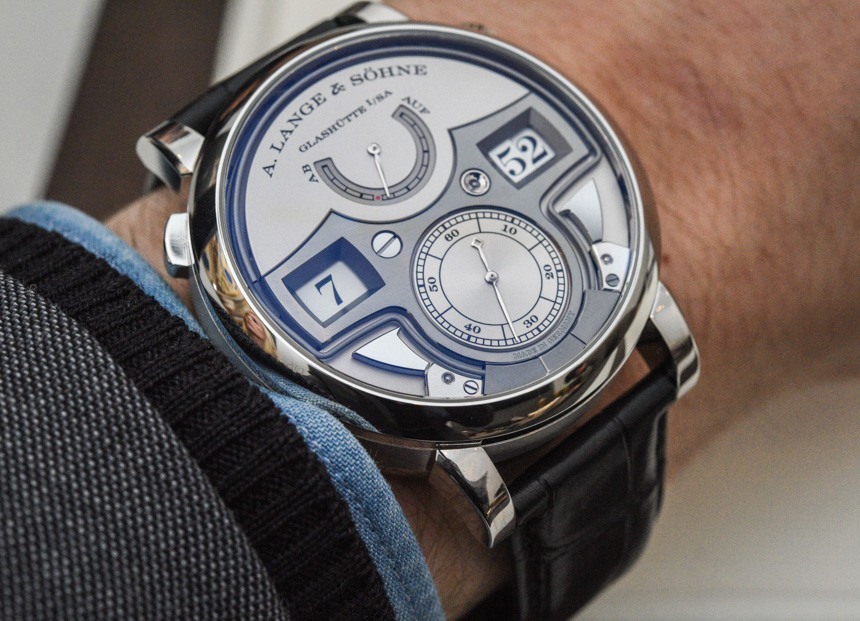 This is the A. Lange & Söhne Zeitwerk Minute Repeater watch.

Though the two look similar, there is actually a big difference in the way they work, and consequently, their price. In a nutshell, when activated, the A. Lange & Söhne Zeitwerk Striking simply chimes on the full hour or every 15 minutes. Also important to note is that it cannot strike the time on demand. The A. Lange & Söhne Zeitwerk Minute Repeater, on the other hand, is a completely different beast that can strike the time on demand and also strike the elapsed hours and minutes. Furthermore, it is a decimal minute repeater, meaning that instead of striking the elapsed quarter-hours like most minute repeaters, it strikes the elapsed tens of minutes, which is easier to decipher. 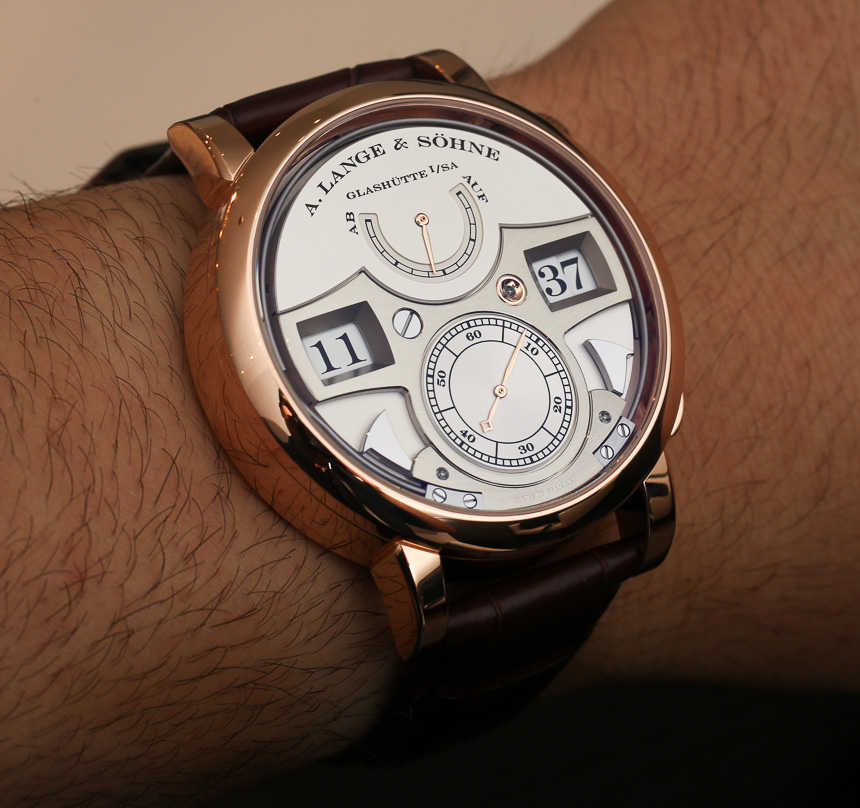 This is the less complicated Zeitwerk Striking watch in pink gold.

So what is this new A. Lange & Söhne Zeitwerk Decimal Strike watch? It is a striking watch, meaning that it cannot chime the time on demand. Instead, it strikes the low-pitched gong on the left to indicate that a full hour has passed, and it strikes the high-pitched gong on the right to indicate that ten minutes has passed. Essentially, it is a cross between the Zeitwerk Striking watch and the Zeitwerk Minute Repeater. 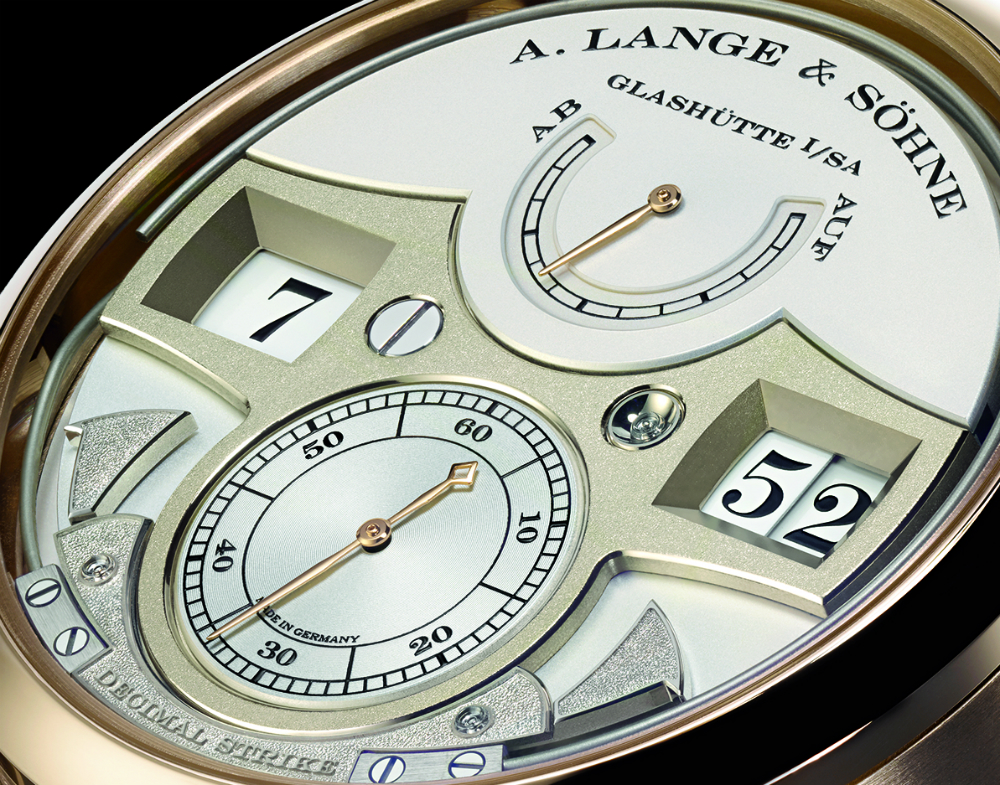 The movement is the caliber L043.7. It is manually wound, adjusted to five positions, and finished to A. Lange & Söhne’s usual high and exacting standards. It consists of 528 components, 78 jewels, has the signature hand-engraved balance cock, and has a power reserve of 36 hours. The power reserve is a little short, but remember, moving those large discs that display the time, and chiming the passing hours and tens of minutes requires lots of power.

Elsewhere, the A. Lange & Söhne Zeitwerk Decimal Strike is unmistakably a watch from the Zeitwerk collection. Time is read using a digital display for the hours and minutes, and what is impressive is that the minute disc jumps instantaneously on the minute. There’s a power reserve indicator at 12 o’clock and a seconds sub-dial at 6 o’clock. The gongs that strike the hours and tens of minutes are to the sides of the running seconds sub-dial. As a result, the dial is highly symmetrical and harmonious.

Case size has been retained at 44.2mm, the same as the other two Zeitwerk striking watches, but the unique thing about this new watch is that it is made out of A. Lange & Söhne’s special honey gold. Honey gold is an alloy exclusive to A. Lange & Söhne and is special for a number of reasons. First of all, it is harder than other regular gold alloys. It has a hardness rating of over 300 Vickers, while most gold alloys used in watches have ratings typically between 150 to 290 Vickers. 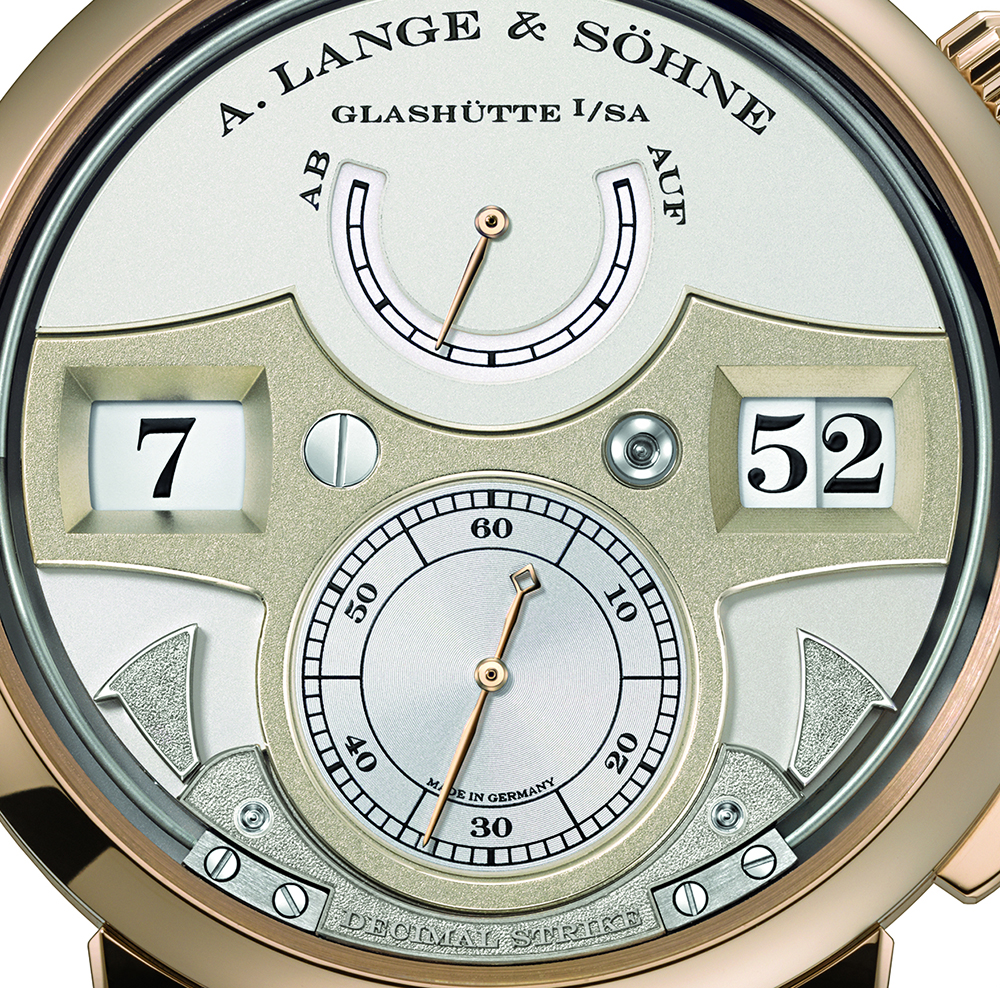 Secondly, it has a unique hue that is unlike any other gold alloy. It is soft, mellow, and can be best described as somewhere in between yellow and rose gold. And finally, A. Lange & Söhne only makes honey gold watches in extremely limited numbers, which is the case for this one, of course.

If you are currently in the market for a striking watch, the new A. Lange & Söhne Zeitwerk Decimal Strike watch represents an interesting option. Sure, it is not quite as practical and functional as a full-on minute repeater, but you do get most of the aesthetics and it comes with a much less scary price tag. Furthermore, it comes in A. Lange & Söhne’s special honey gold alloy and will be limited to just 100 pieces, which ensures exclusivity. The A. Lange & Söhne Zeitwerk Decimal Strike watch is priced at €120,000. alange-soehne.com