For aviation enthusiasts, there are few aircraft that capture the imagination quite like the North American X-15. The hypersonic rocket-powered experimental aircraft is the stuff of legends — nearly 60 years after it first took flight, its speed record for a piloted aircraft still stands at today: a blistering 4,520 mph (7,274 kmph). For context, an F-15 Eagle can’t reach half that speed! Only 12 pilots ever flew the incomparable aircraft, and today, only Major General Joe H. Engle, the youngest pilot to ever qualify as an astronaut, remains to tell the tale. To honor his unparalleled accomplishments, Aeromat is launching the Aeromat x Major General Joe H. Engle X-15 watch, designed in collaboration with the legend himself. 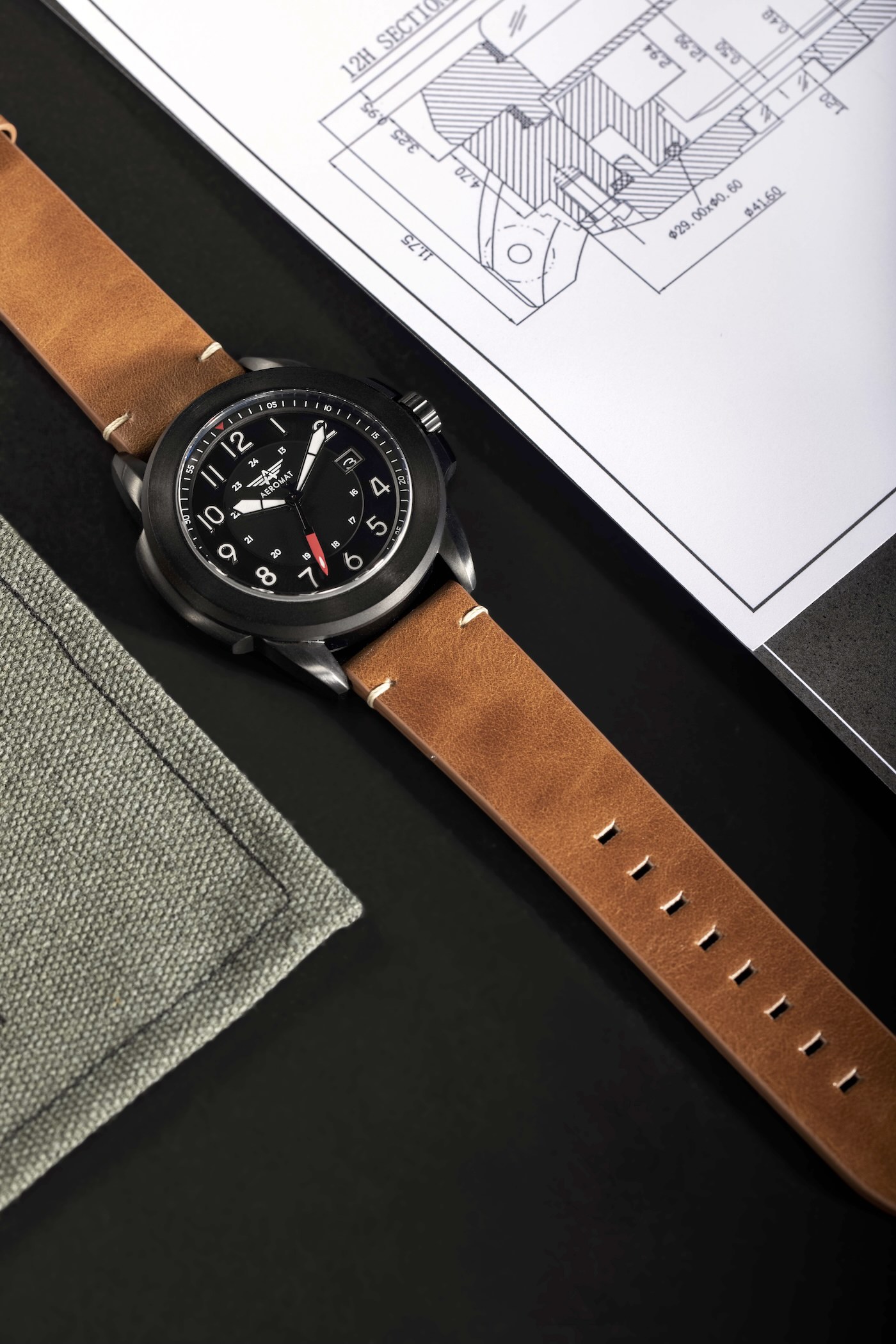 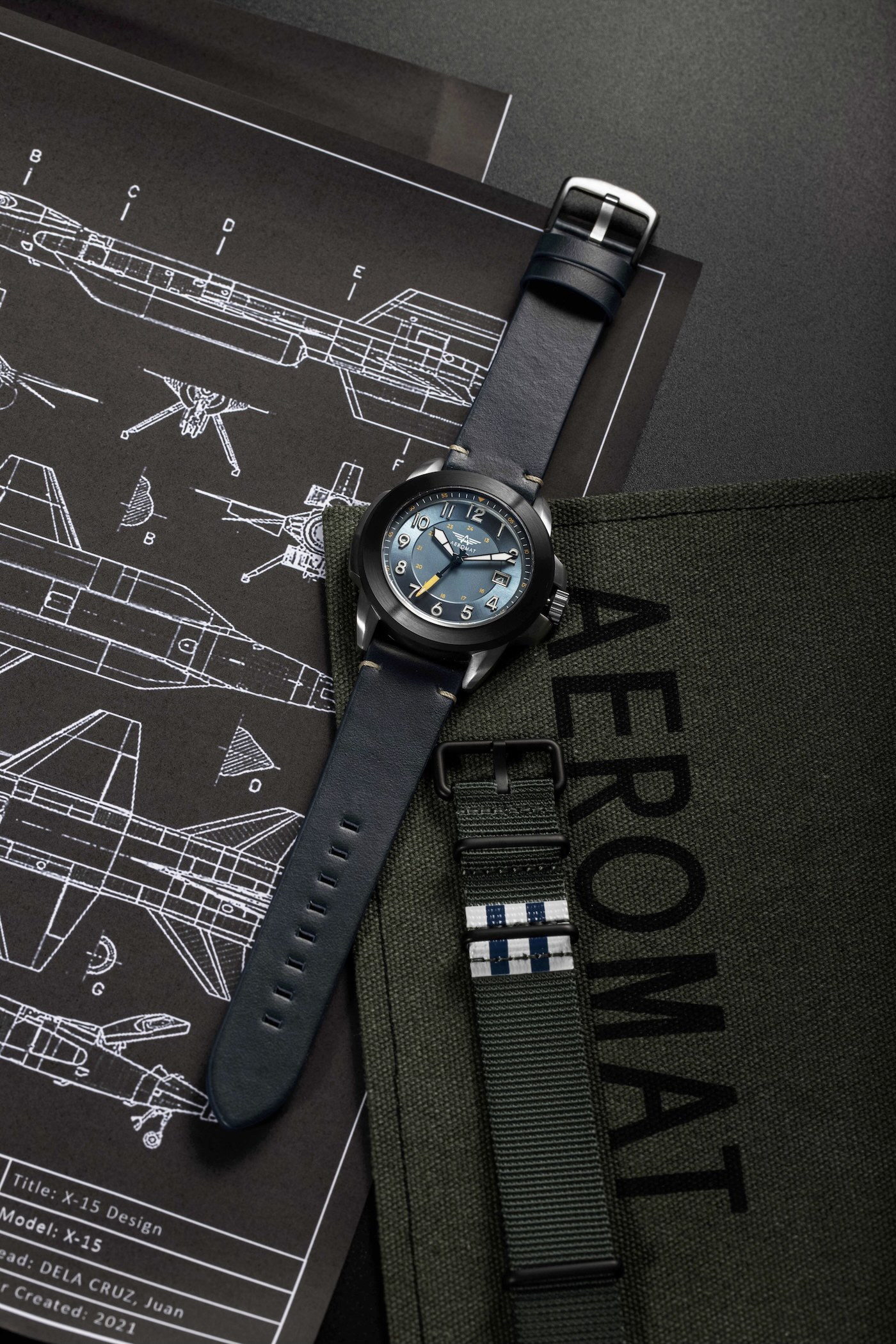 As the brand’s name proudly asserts, Aeromat’s focus is on pilot watches, with models that help bring the history of aviation to life. Oscar Chabrat, one of the brand’s four founders, was the driving force behind the creation of the X-15 watch. Chabrat has been enamored with the X-15 since childhood and, given that his father, Remi Chabrat, was the CEO of Montrichard Group and has over 25 years in the watch industry, it’s no surprise that the younger Chabrat chose to commemorate this iconic aircraft with the introduction of a new watch. In creating the Aeromat x Joe H. Engle X-15 watch, the Chabrat and Aeromat pay tribute to a legendary aircraft and the man who piloted it straight through the stratosphere before breaking the mesophere and skimming into the thermosphere at an astonishing altitude of 85,500m.

Developed just as the space race was hitting its apogee, the X-15 first took to the skies in 1959, just two years after Sputnik 1 was launched into orbit by the USSR. The U.S. was falling behind in the space race, and the X-15 would provide the thrust needed to propel the U.S. space program to the moon. Over 199 test flights, the X-15 would shatter record after record, with eight of its pilots flying high enough to earn their astronaut wings. 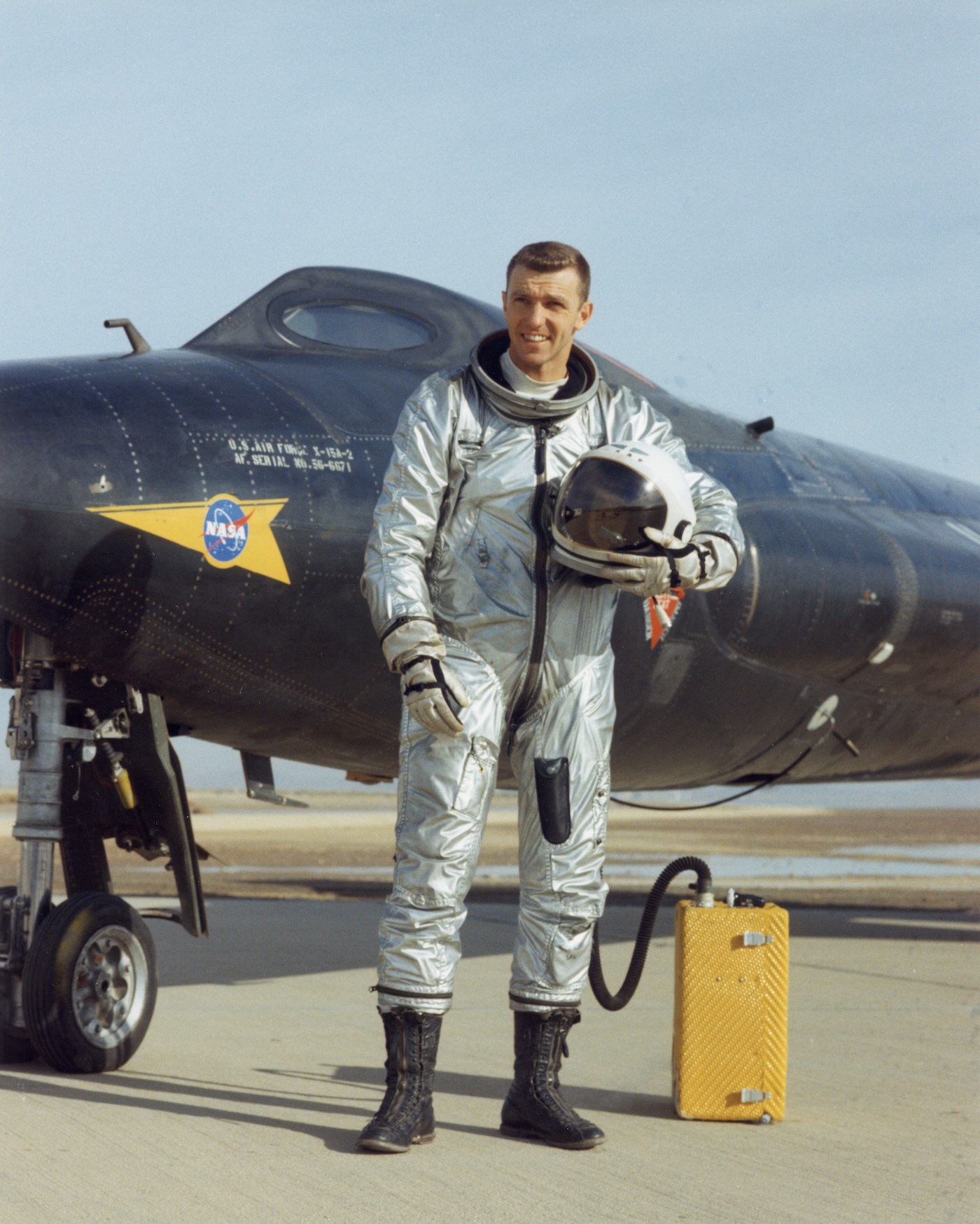 For Major General Joe H. Engle, space exploration didn’t end with the shuttering of the X-15 program. In the years following flights of the X-15, Major General Engle went on to be the commander of the STS-2 (1981) and STS-51-I (1985) missions on the Columbia and Discovery space shuttles. He remains the only pilot to manually fly an aerospace vehicle from Mach 25 to landing. No doubt, the man is a living legend. 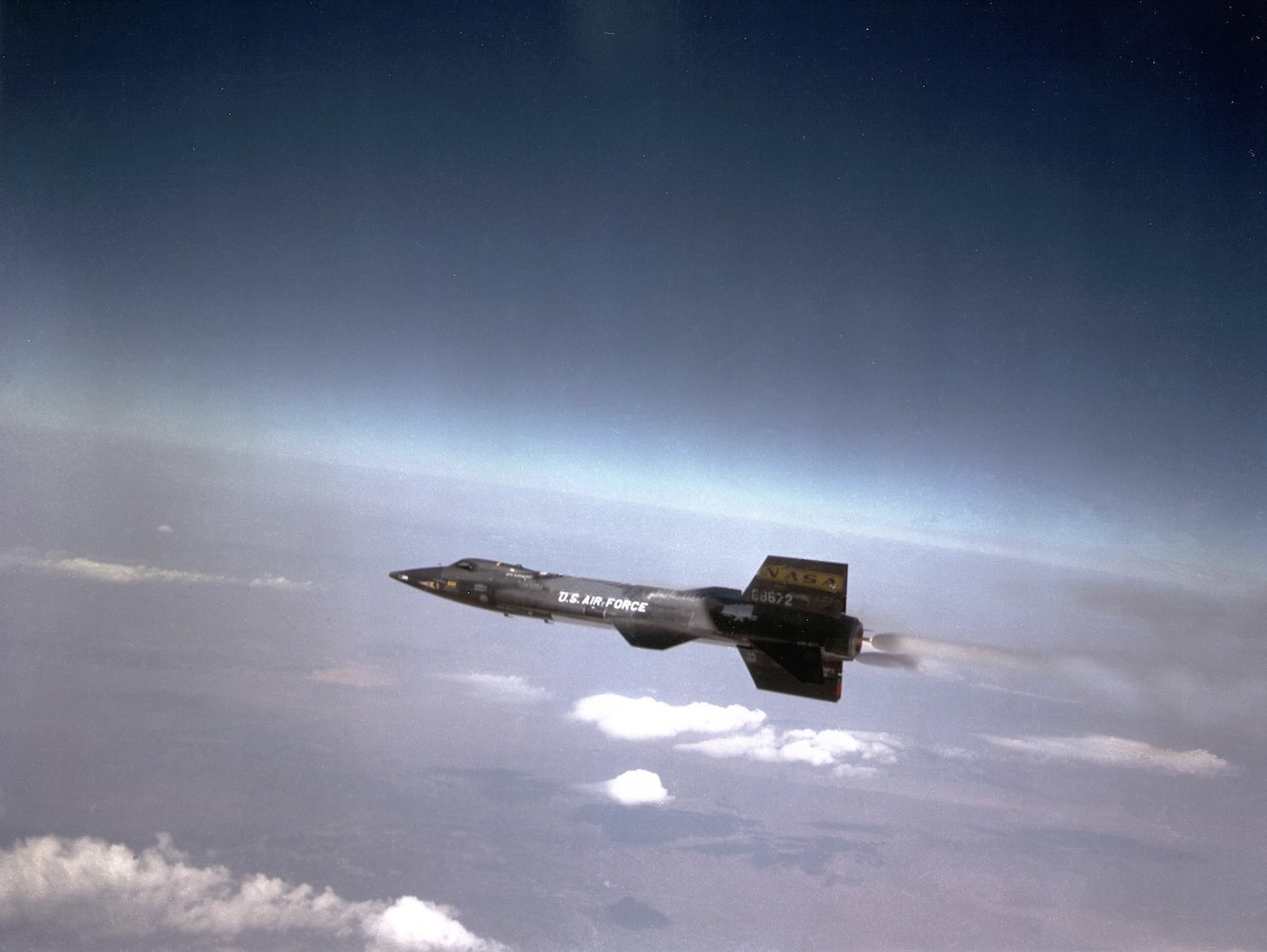 Working in direct collaboration with Major General Engle, Aeromat’s goal was to develop a watch based entirely on the X-15. From the materials to the aesthetics, each element was chosen to evoke the legendary aircraft. Just like the interior structure of the aircraft, the X-15 watch case is crafted from titanium. A natural choice for watches and aerospace materials alike, the metal has an extremely high strength-to-weight ratio, anti-magnetic properties, and high corrosion resistance. 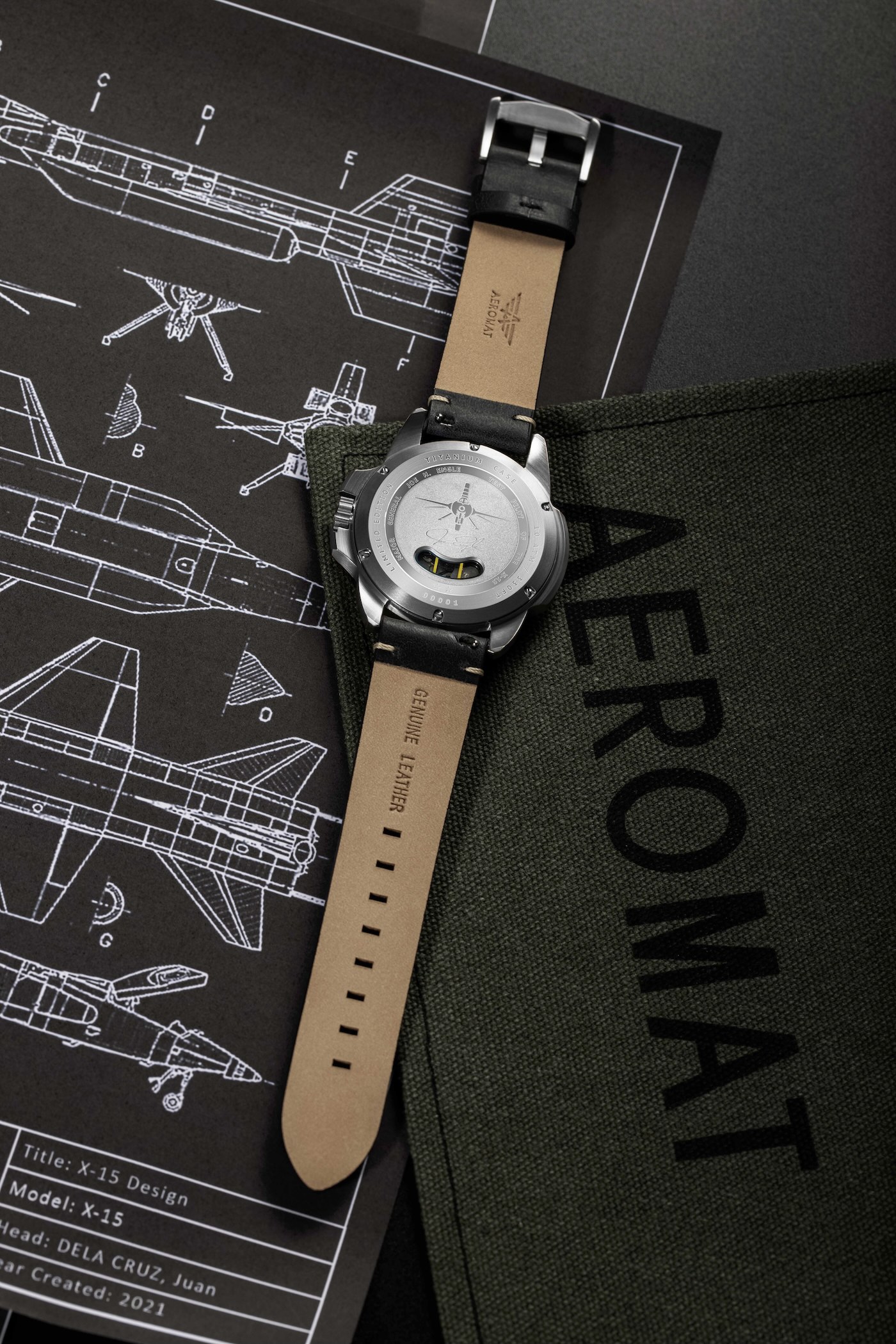 The dial on the X-15 watch is inspired by the instrument panels inside the cockpit, with the seconds hand shaped to evoke the profile of the X-15 as seen from above. On the caseback, you’ll find even more details from the X-15, including an engraving of the X-15 nose silhouette, with Major General Engle’s signature just below the plane. Beneath the signature is a small display window with two vertical yellow stripes that evoke the turn and slip indicator. Rounding out the X-15 design elements are two stars at the bottom to reflect the rank of Major General. Each caseback will also be engraved with a unique serial number. 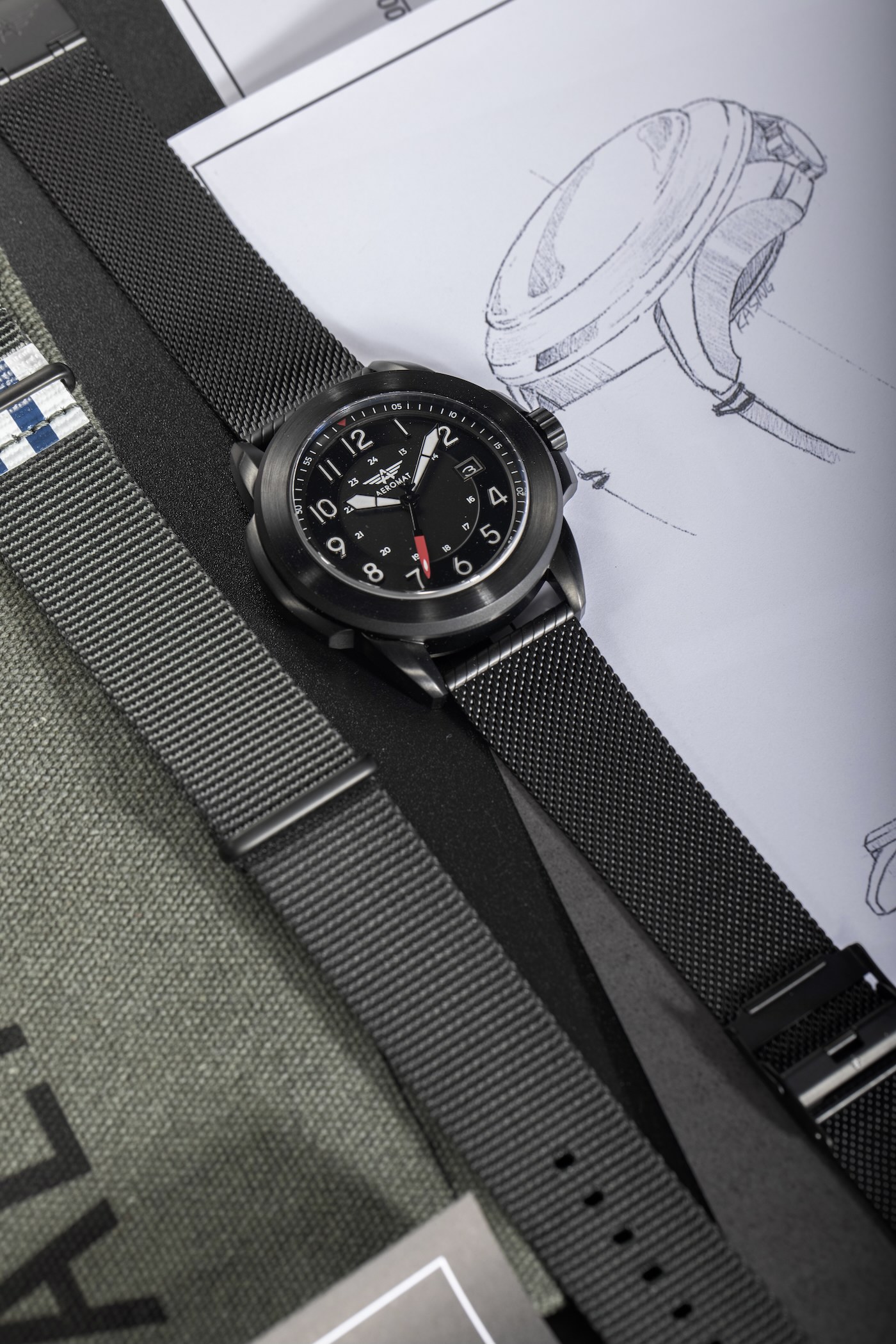 The X-15 features a 44mm case with screw-down crown that offers 100m of water resistance. To ensure legibility at all times of day, the applied indices on the dial and hands are all coated in Super-LumiNova. The watch is also topped off with a highly scratch-resistant sapphire crystal with anti-reflective coating. Powering the X-15 watch is the Japanese-made NH35A automatic movement that features 24 jewels, date function, and a 41-hour power reserve. In keeping true to the American legacy of the X-15, each watch will be assembled in the USA. 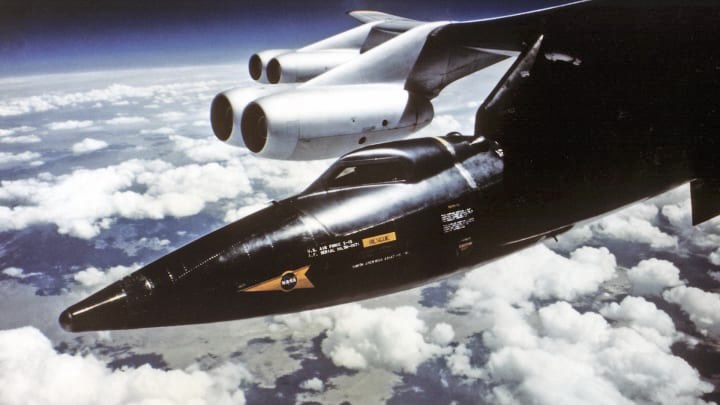 The X-15 watch is available in four colorways: Jet Black, NATO Green, Sky Blue, and Silver Gray. The Jet Black colorway comes housed in a black case for a stealth look that’s set off by the bright white markers and pops of red on the seconds hand and above 12. The other three colorways feature natural brushed titanium cases with a bold, contrasting black bezel, with contrasting dial elements to complement the dial color. Each watch will be delivered with a stainless steel mesh strap, leather band, and NATO strap. However, if Aeromat reaches its campaign stretch goal of $60k USD, the brand will also offer a titanium lobster bracelet for an extra $50. 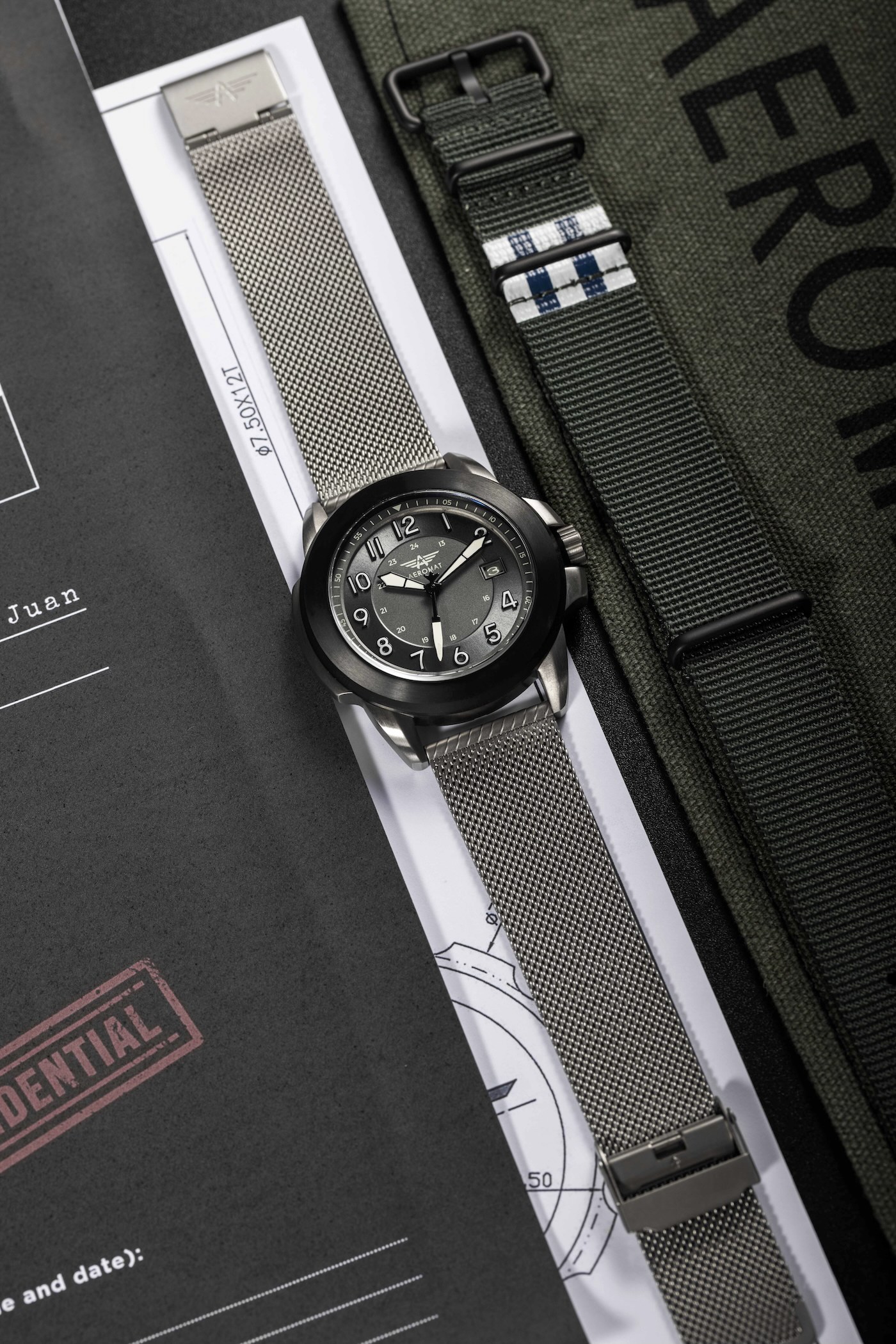 The Aeromat x Joe H. Engle X-15 watch launched on Kickstarter on November 2nd, with special early-bird pricing starting at $198 USD. This is a limited edition watch that will only be available through the Kickstarter campaign, which runs until November 23rd. Aeromat is also offering a Launch Week Special made with a Swiss Made STP1-11 automatic movement for $445 USD. To learn more about Aeromat watches and the X-15, head on over the brand’s Kickstarter campaign.