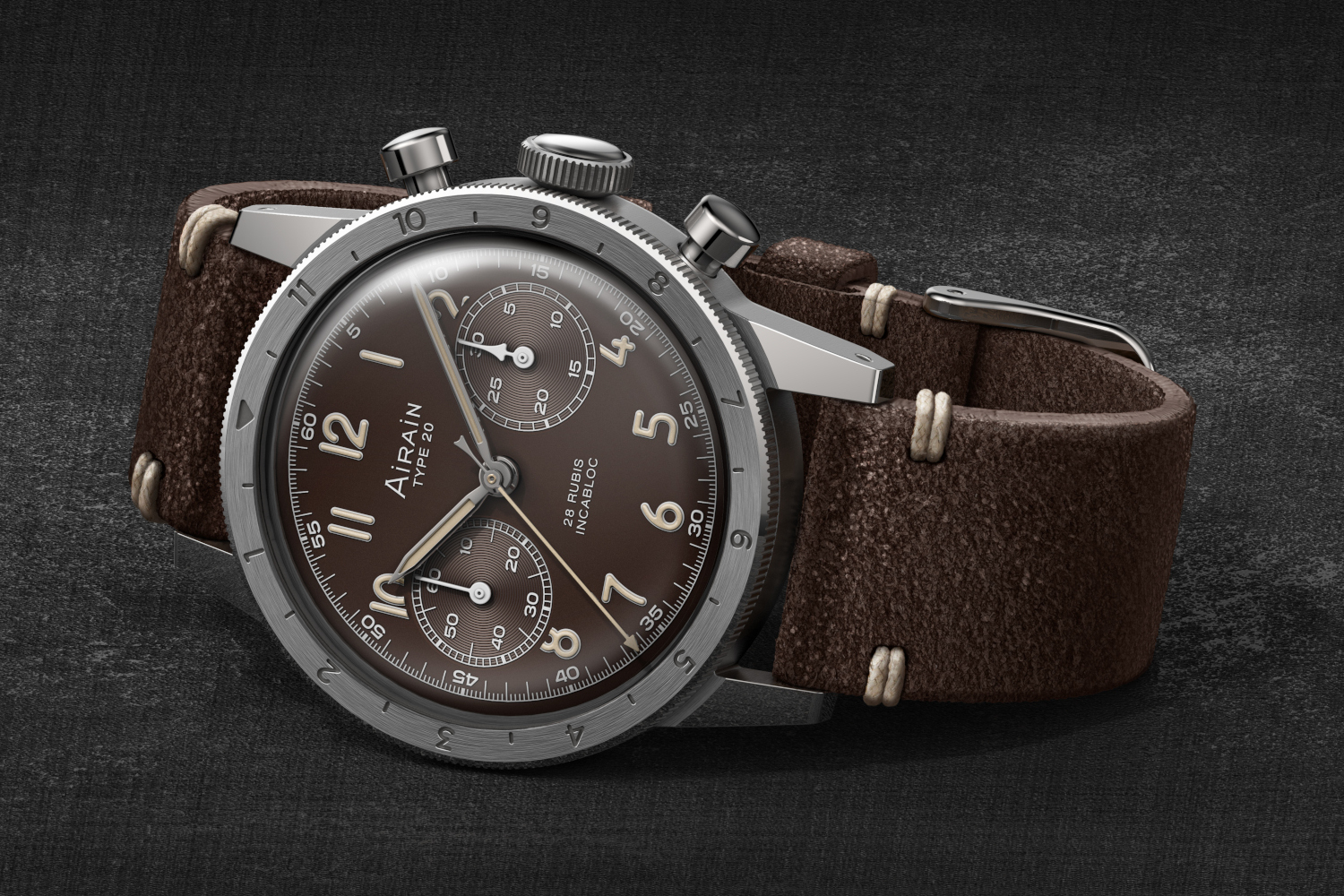 22 Comments
by SponsoredPost
Sponsored post presented on aBlogtoWatch for advertiser

For as long as human and machine have pushed the limits of technology, watches have tagged along as an integral tool. In the early days of locomotives, pocket watches enabled conductors to maintain departures and arrivals punctually. Marine chronometers allowed seafarers to track their days. Racecar drivers utilized stopwatches to achieve their fastest laps. High-flying, ace aviators, whether civilian or military, relied upon chronographs to measure vital data while soaring through the skies. Of the models issued to these pilots, the  Type 20, made by a handful of manufacturers, left an indelible mark in both aviation and horological history. Now, after more than half a century has passed since its introduction, Airain’s Type 20 is making a comeback and leaving contrails in its wake. 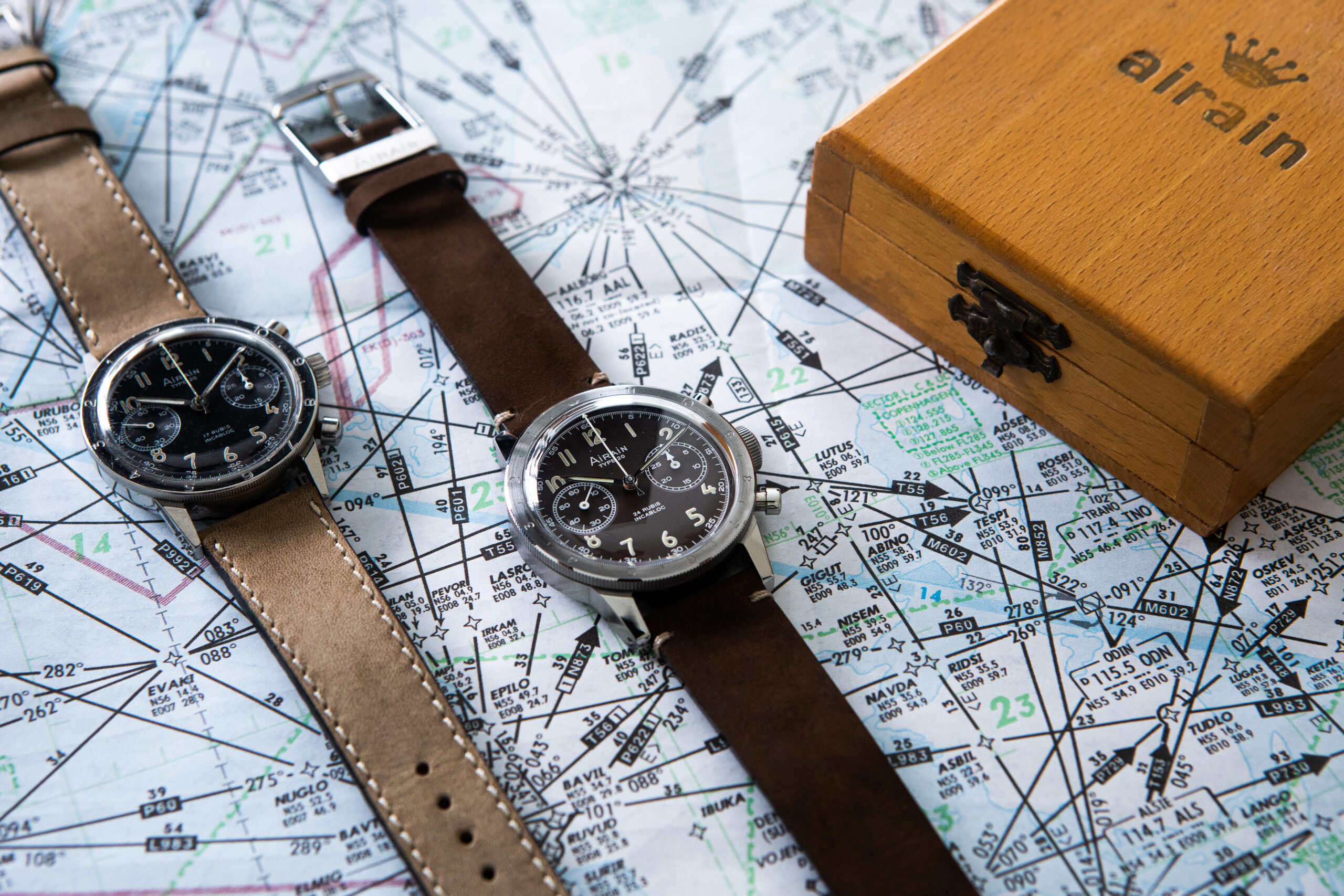 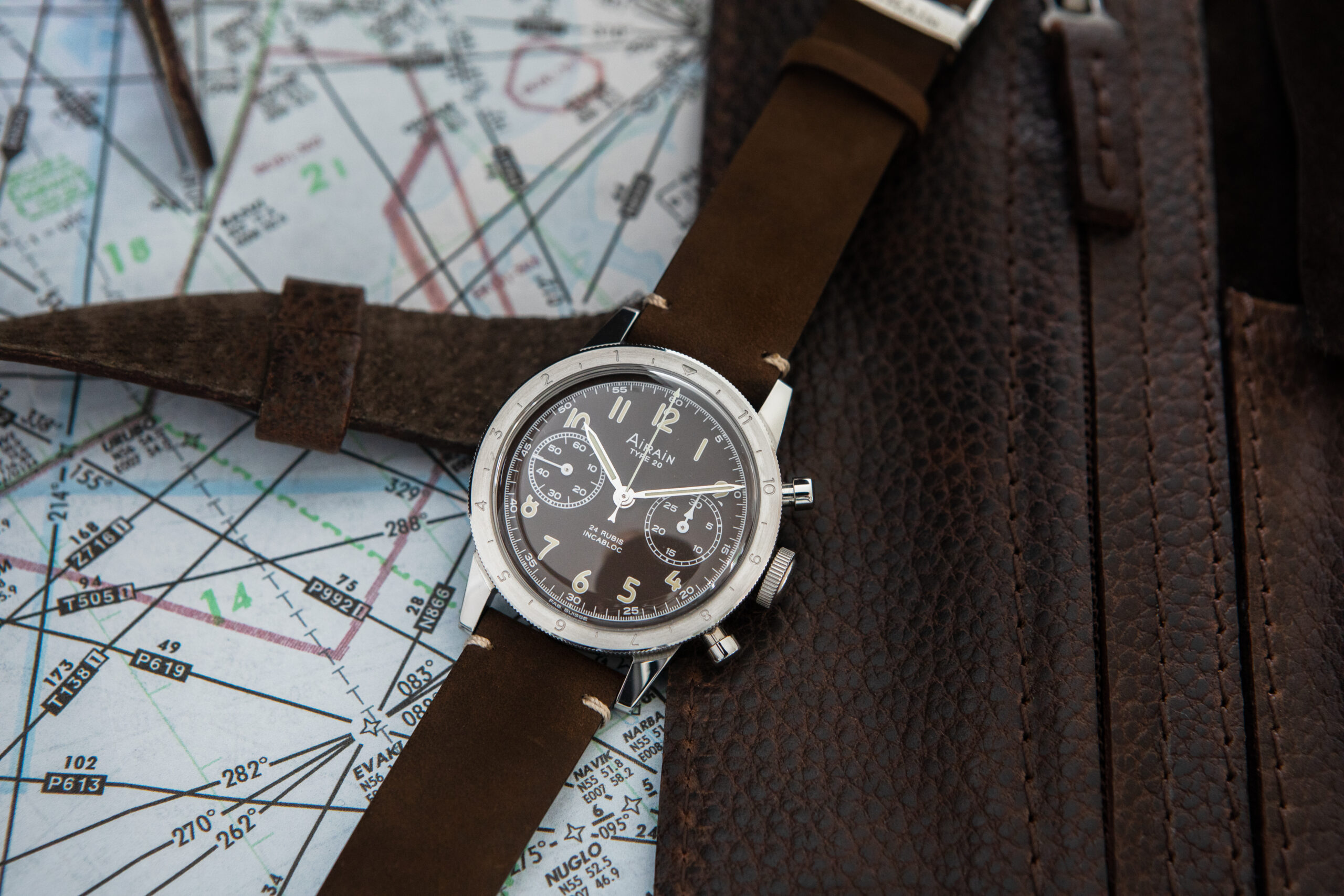 Originally created in the 1950s as a tool watch to accompany aeronauts, the “Type 20” designation of chronographs was issued by the French Ministry of Defense. This specialized piece of equipment featured a flyback function that allowed pilots to reset the chronograph hand and quickly begin timing a new event. In the adrenaline-fueled occupation of aviation, each second counts, and this no-frills timepiece quickly gained the notoriety that still follows it to this day. 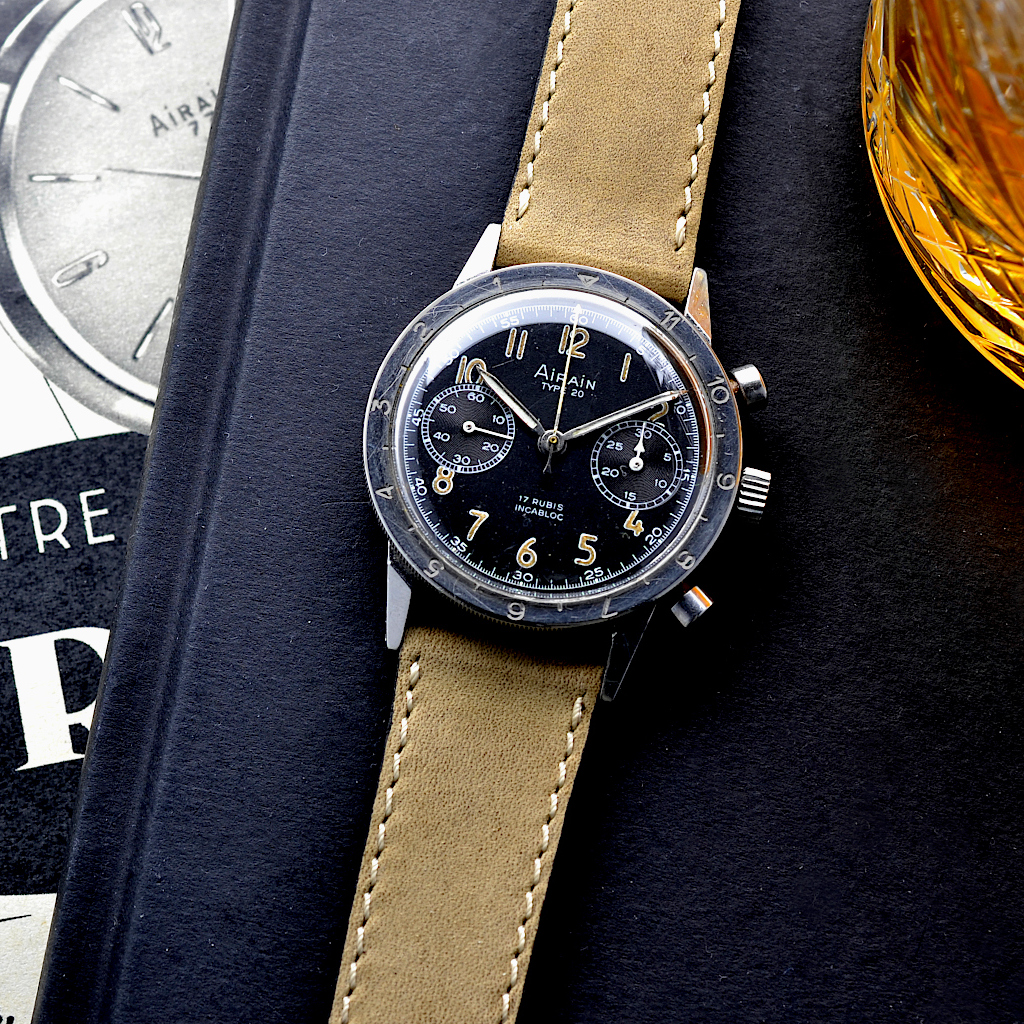 Like so many companies before, Airain lay dormant for years before being given new life in 2020 by Dutch collector and entrepreneur Tom Van Wijlick. Should this name sound familiar, it is likely because Van Wijlick has made a mission of reviving brands that fell into obscurity. In 2014, he re-launched Lebois & Co, the sister company of Airain. Both of these brands are directly descended from Dodane, a French watchmaking company that got its start in 1857.

When designing a modern iteration of the Type 20,  van Wijlick knew that in order to move forward into the future, he must look back to the past. For this reason, the all-new timepiece is almost entirely faithful to its predecessor. The most notable deviation – and one that is likely to be welcomed by the community – is a slight upsize in the case diameter. Measuring in at 39.5mm, it is still conservatively proportioned. The Type 20 will be available in two distinct guises. The standard black dial is a love letter to the classic 1950s version – appearing just as it would have when it left the factory floor all those decades ago. In addition, Airain has created a limited-edition chocolate-brown dial that differs from the typical color palette often seen on the market. 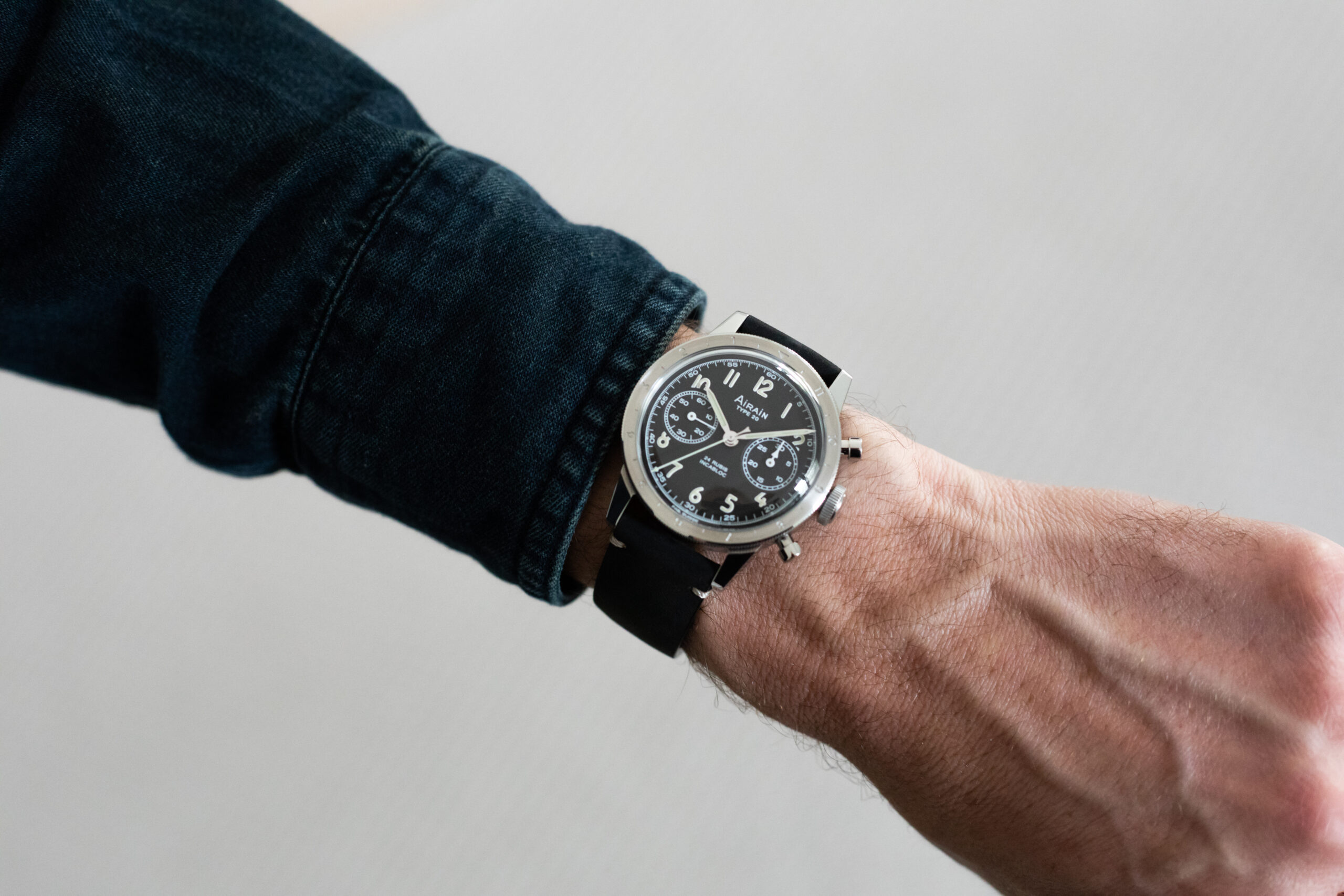 True to its legacy, the Airain Type 20 is powered by a manual-winding column-wheel chronograph movement. Dubbed the “Caliber AM1,” it is manufactured by La Joux-Perret S.A. from La Chaux-de-Fonds in Switzerland. The utilization of a hand-wound movement allows for the Type 20 to maintain its slim 10.85mm profile and is capable of 60 hours of power reserve. In the spirit of the rugged durability required of aeronautical timepieces, the Caliber AM1 is shock-resistant and built to withstand the inevitable turbulence that life has to offer. 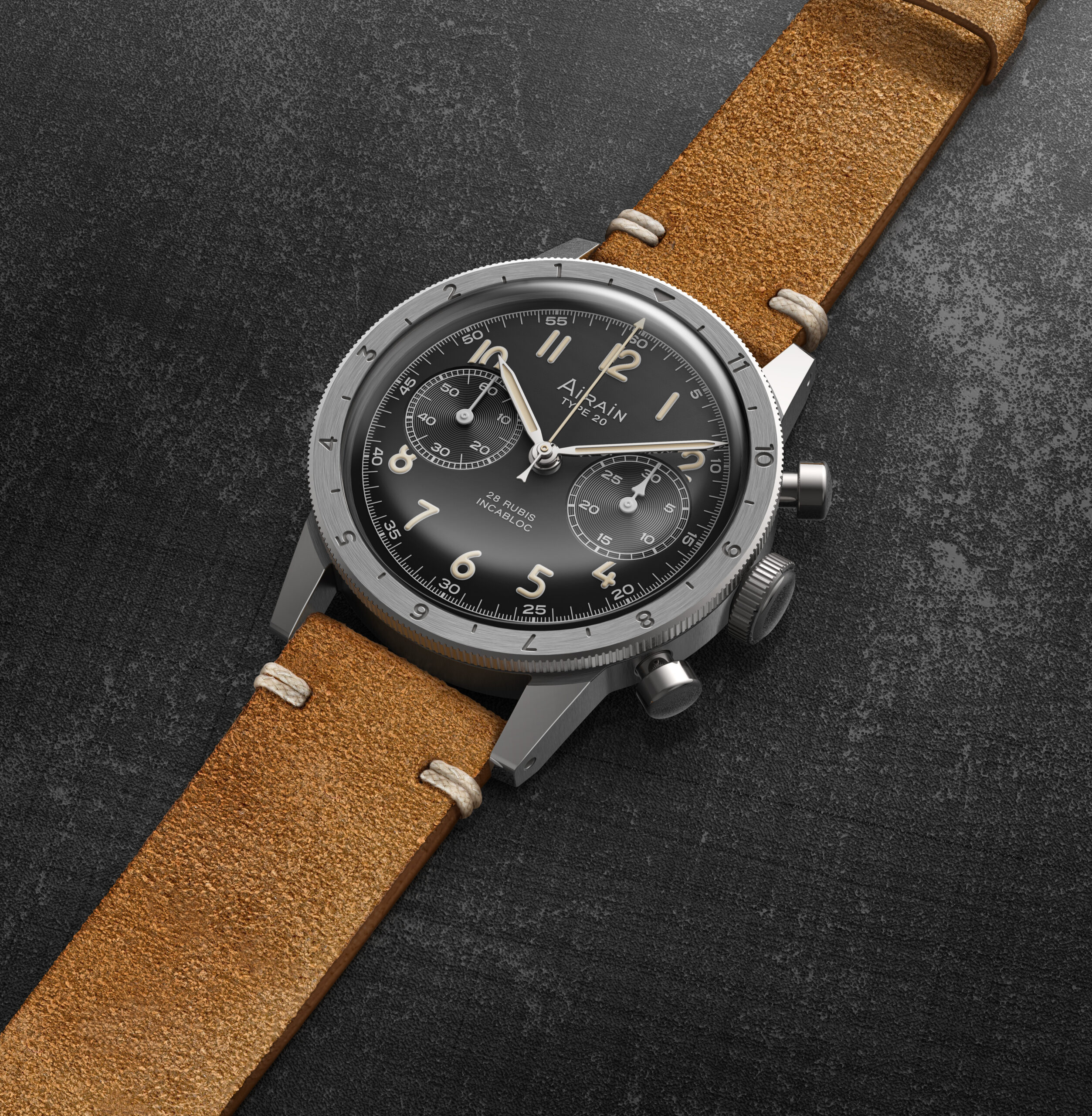 To maintain the “heritage” feel throughout the timepiece, the Type 20 utilizes a 3.92mm domed Hesalite crystal that has been treated in order to maintain superior scratch resistance. Hesalite, being an advanced form of acrylic, provides a level of warmth and tasteful distortion that is both historically accurate and unparalleled by sapphire counterparts. The impressive dome brings the total thickness to roughly 14mm, but the svelte mid-case and bezel make it likely to wear thinner than the numbers alone would have you believe. Another crucial measurement, the lug-to-lug, is kept conservative at just 47.7mm. This allows the timepiece to easily accommodate a broad range of wrist sizes. 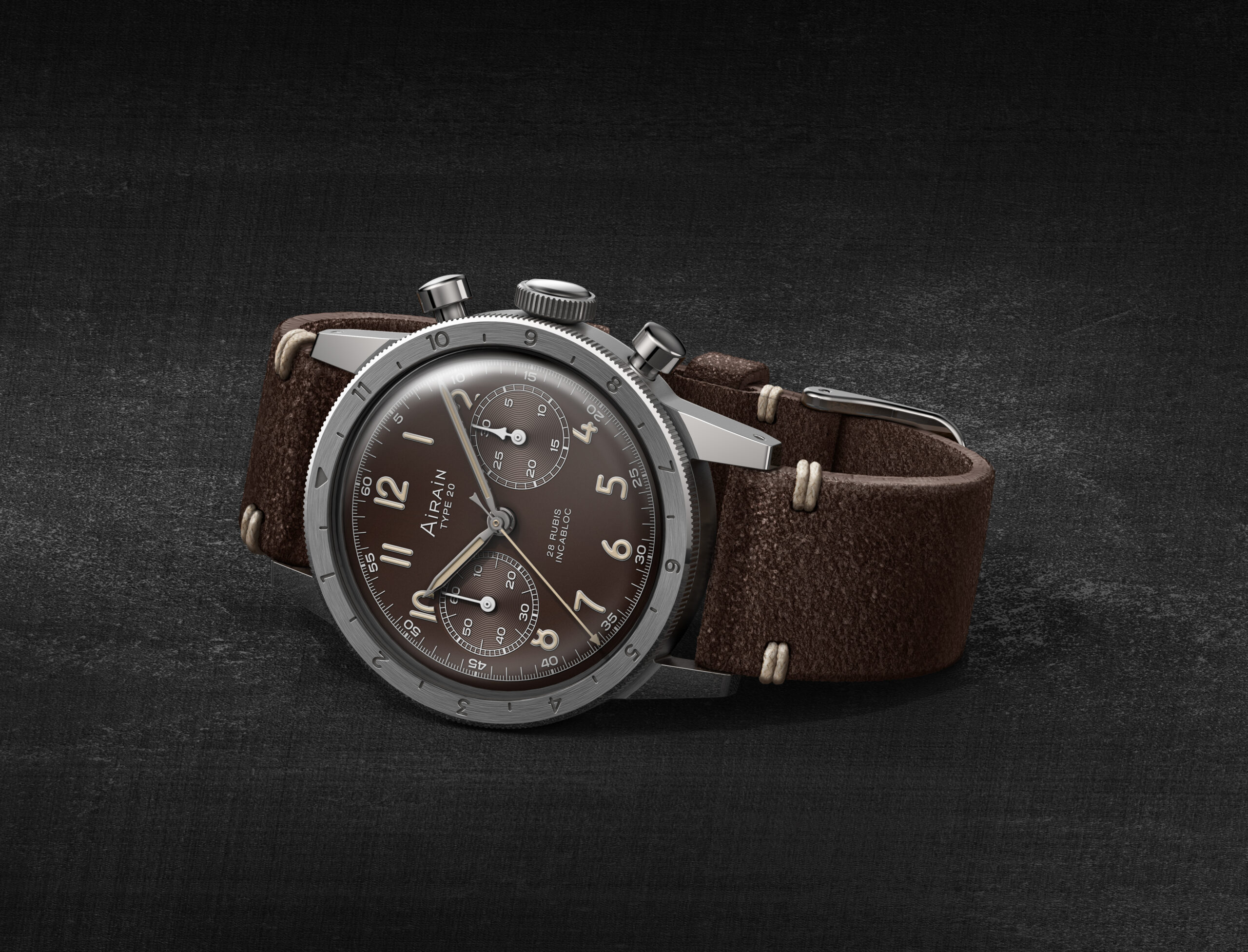 Looking at the dial of the Type 20, it is evident that meticulous research went into the faithful representation of this iconic model. The hand-applied Arabic numerals are painted using a generous amount of beige Super-LumiNova. The typeface itself is a dead ringer for the style used in the 1950s, and, when viewed at an angle, there is a tasteful dimensionality to each number that is not only accurate but also visually stunning. Dual subdials located at 3 and 9 o’clock are responsible for 30-minute timing and running small-seconds, respectively. Each of these counters features subtle concentric circular detailing. The bi-directional steel bezel and prominent piston pushers perfectly add to the old-school charm of the Type 20 while cultivating a look that is apropos of its legacy. 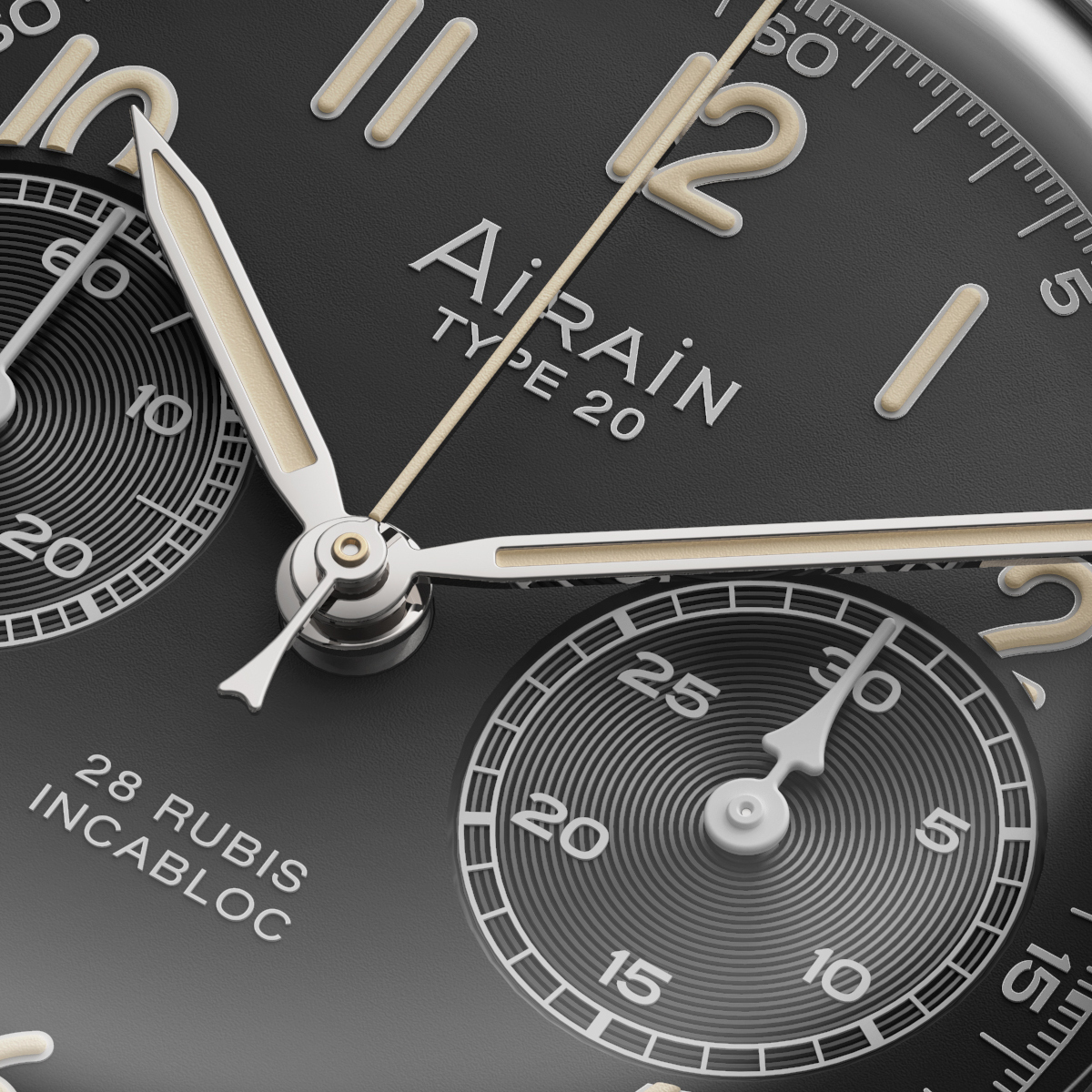 In terms of dial coloration, the standard production model is matte black. This utilitarian finish allows for a strong contrast against the numerals – an important feature when checking the time at 35,000 feet. The indulgent tone of the chocolate-brown dial on the limited model harkens back to an age of weathered maps and bomber jackets. The special pre-order price of the black dial re-edition is €2,540/$ 2,920, while the brown-dialed variant commands just a slight premium at €2,600/$ 2,980. Regardless of your timepiece preference, each comes with a 20mm suede leather strap and the ability to easily swap for another due to the drilled lug holes. Although the Type 20 may serve as a representation of the past, it also makes a great addition to your watch collection right now.