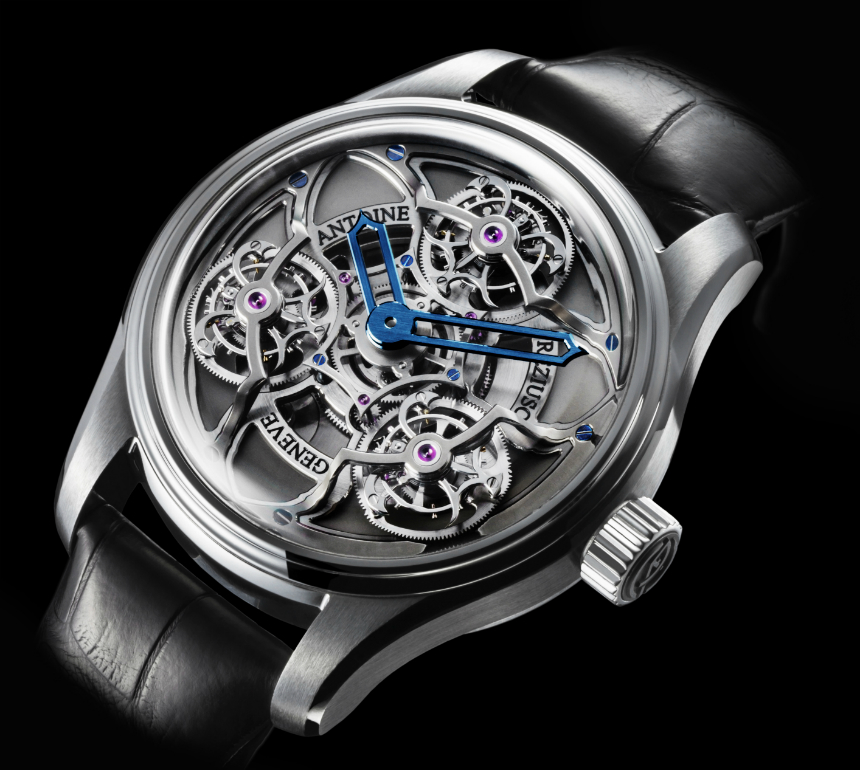 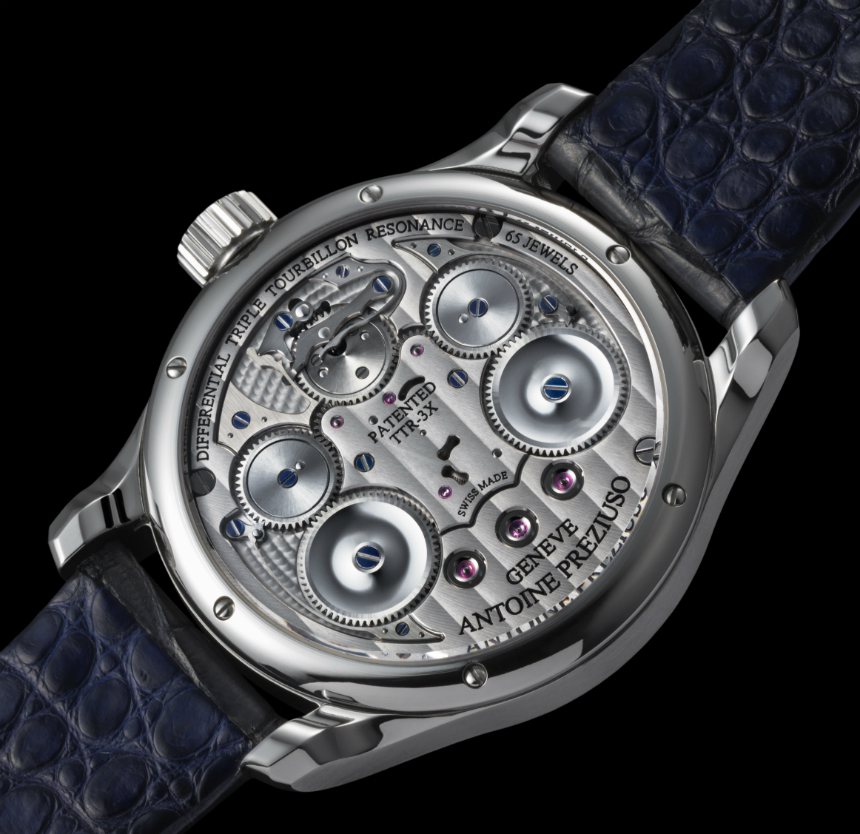 For those unfamiliar, Antoine Preziuso is one of the pioneers of independent watchmaking. He graduated in 1978 from the Geneva Watchmaking School and went on to work at Patek Philippe, making a name for himself as a meticulous watch restorer. And in 1995, Antonine finally presented the first of his own watches at Baselworld.

Today, the brand is entirely run by Antonine and his family, with Antoine and his son Florian being the two primary watchmakers, mother May leading the brand’s communications effort, and sister Laura combining jewelry and watchmaking. 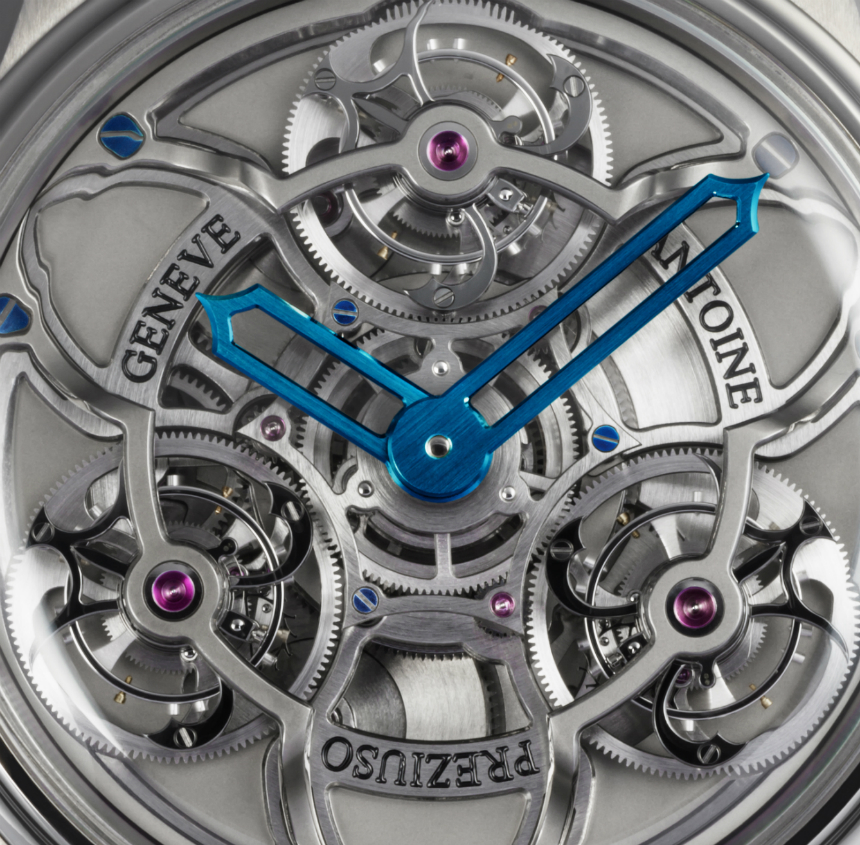 The jewel of this Antoine Preziuso Chronometer Tourbillon Of Tourbillons watch is undoubtedly the movement. Called the AFP-TTR-3X (AFP stands for Antonine Florian Preziuso) the movement consists of 570 components, two barrels in series, and three tourbillons linked by a differential in the center and mounted on a mainplate that also spins. The three tourbillons rotate at a rate of once every minute, while the mainplate that houses the tourbillons completes a rotation once every 10 minutes. In addition, the tourbillons beat at 21,600 beats per hour. And because the dial is skeletonized to reveal the movement in all its glory, the skeletonized hands have been blued to improve legibility. What this all makes for is an extremely interesting watch to look at. 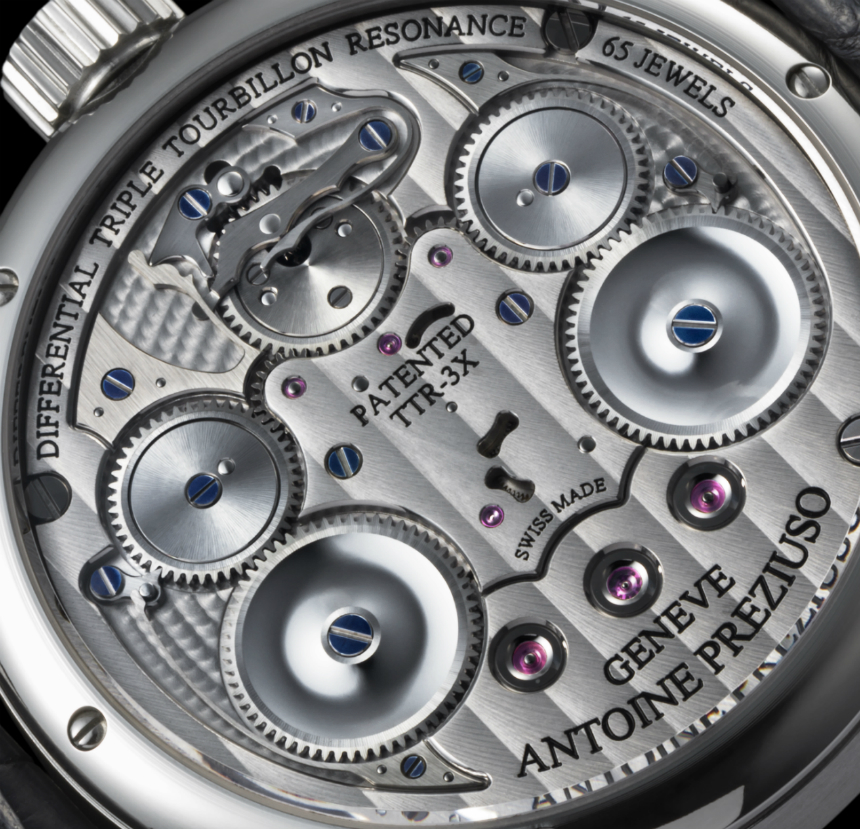 Besides the tourbillons canceling out the effects of gravity, we also have the effects of resonance at work here. Because the three tourbillons are mounted equidistant from each other and on a single mainplate, the tourbillons are inclined to converge on a single frequency. This is the same theory behind watches like F.P. Journe’s Chronomètre a Résonance and Haldimann’s H2 Flying Resonance. One of the benefits of this phenomenon is that it makes the watch more resistant to shocks, if one of the tourbillons gets affected and goes out of sync, the theory is that the other two will bring it back into sync more quickly. 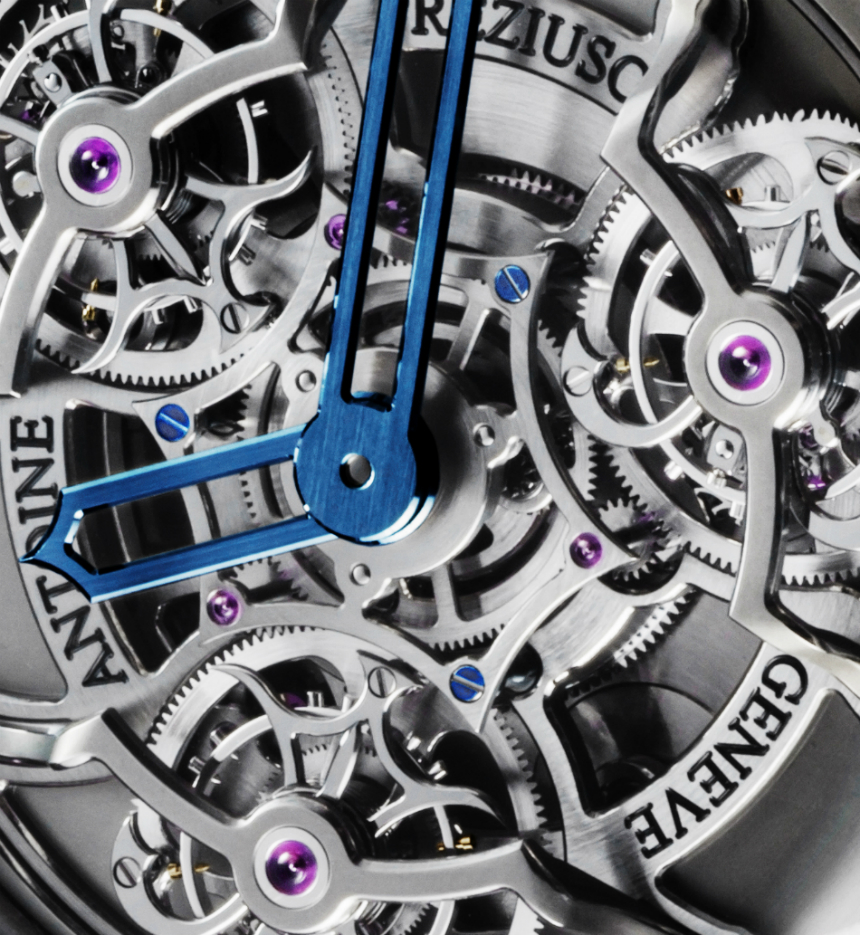 The Antonine Preziuso Tourbillon of Tourbillons was officially released last year, but it came in a more elaborate style of the brand’s Power GTS case that combines stainless steel, 18k gold and titanium, with exposed screws and a more aggressive styling. The new Antonine Preziuso Chronometer Tourbillon of Tourbillons comes in a more classically styled stainless steel case that looks cleaner and more elegant. Even so, this is still a large watch, with a case size of 48mm wide (up from last year’s 45mm) and thickness is still a pretty significant 15mm.

The Antonine Preziuso Chronometer Tourbillon of Tourbillons will come with a crocodile strap and stainless steel buckle, and it will be priced at 420,000 CHF. antoine-preziuso.com