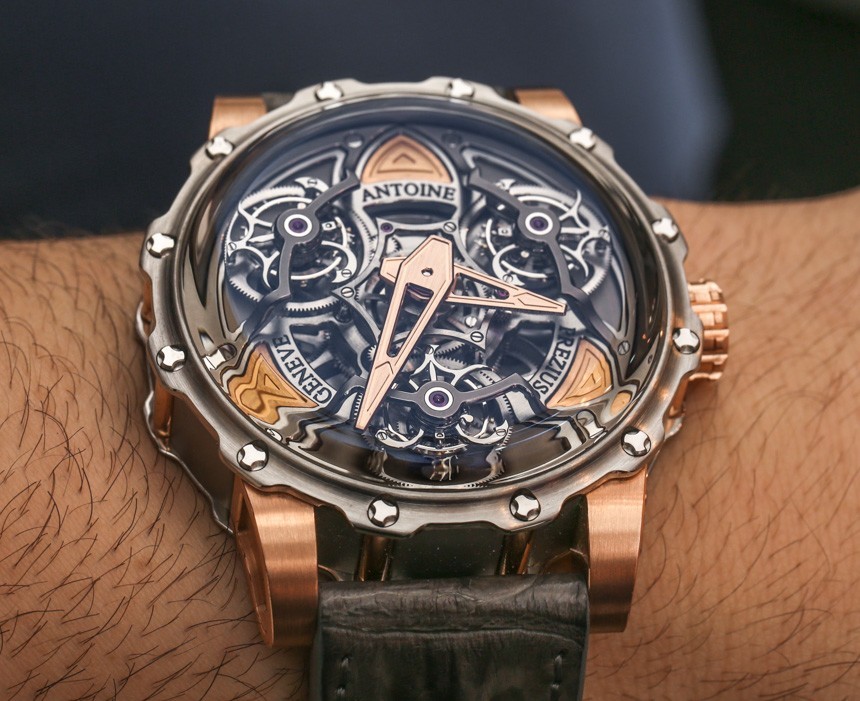 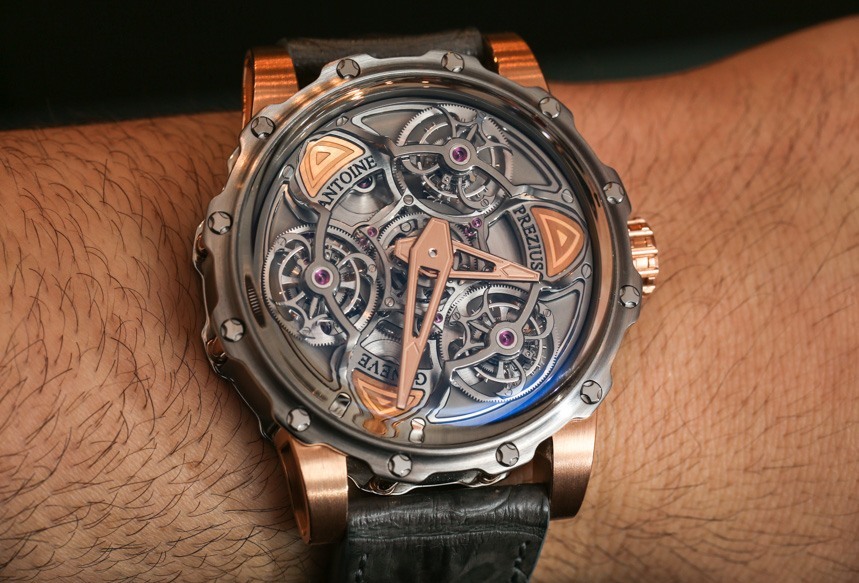 Baselworld is the type of place where you can be amazed in the most unlikely of situations. Did I imagine, for example, that I would run into the son of the great watch maker Antoine Preziuso at 1am while socializing Basel – who would proceed to show me what ended up being the most visually amazing high-complication watch of 2015? That is not typically the type of thing that I anticipate happening in advance. Nevertheless, Florian Preziuso showed me a watch that, while under the Antoine Preziuso brand name, is his baby that he has been working on for the last few years. 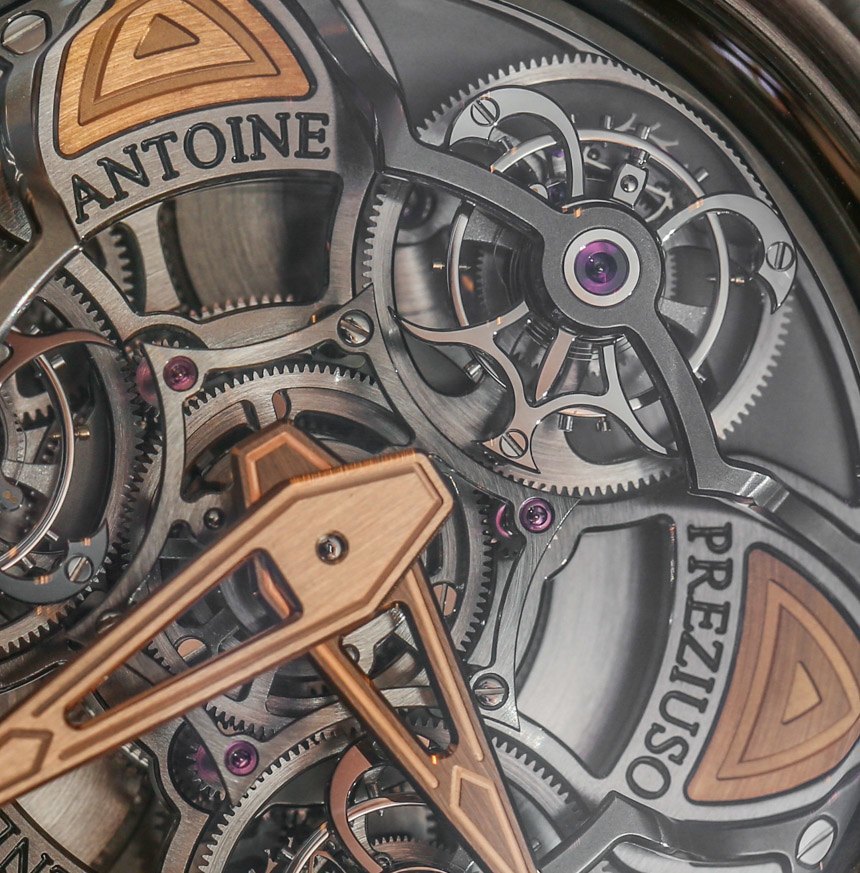 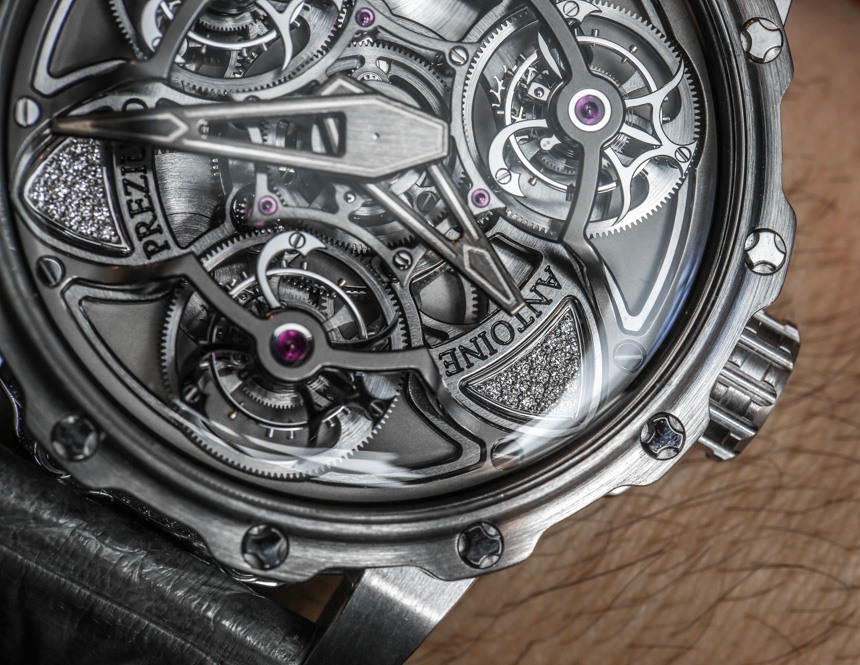 Clearly proud of his new invention, the young watchmaker held up his wrist wearing a watch with three running tourbillons, all on a dial that itself was rotating. Called the Antoine Preziuso Tourbillon Of Tourbillons, this new highly exclusive mega-complication is a masterful sight to behold that in many ways sums up the intoxicating, almost hypnotic feeling you get from seeing an amazing micro machine in operation. 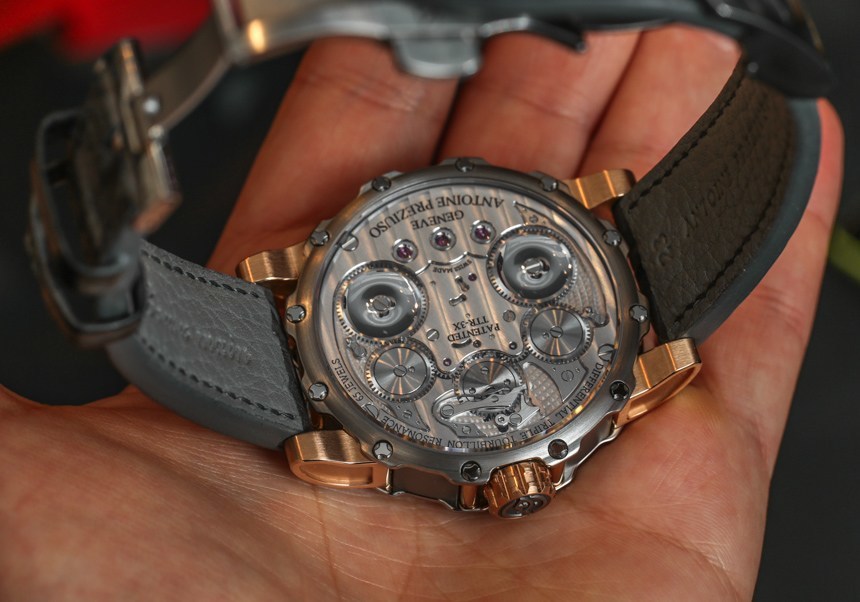 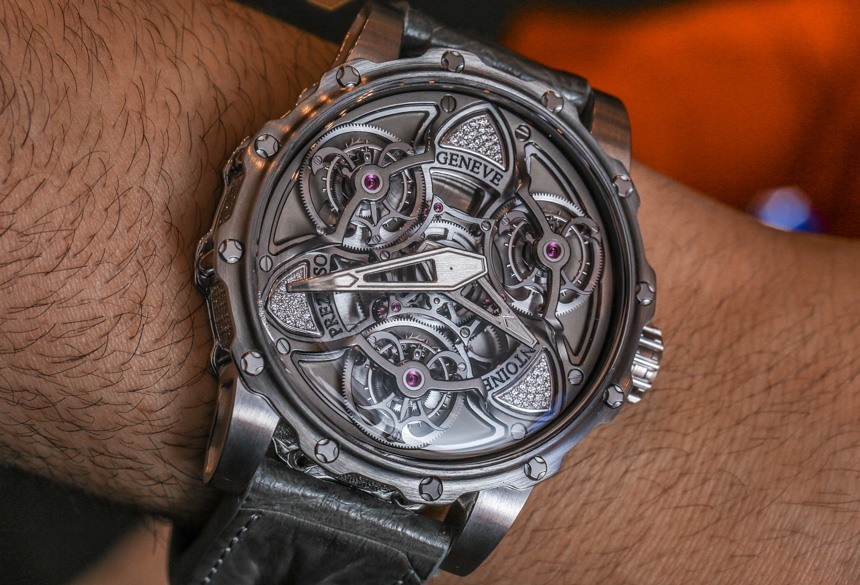 Each of the three finely hand-finished tourbillons spin at a rate of 60 seconds while the entire dial turns at a rate of once each 10 minutes. That might seem slow, but glancing at the dial, you can see it slowing turning, which is rather cool. According to Antoine Preziuso the watch is protected by three patents and each of course is assembled by hand. 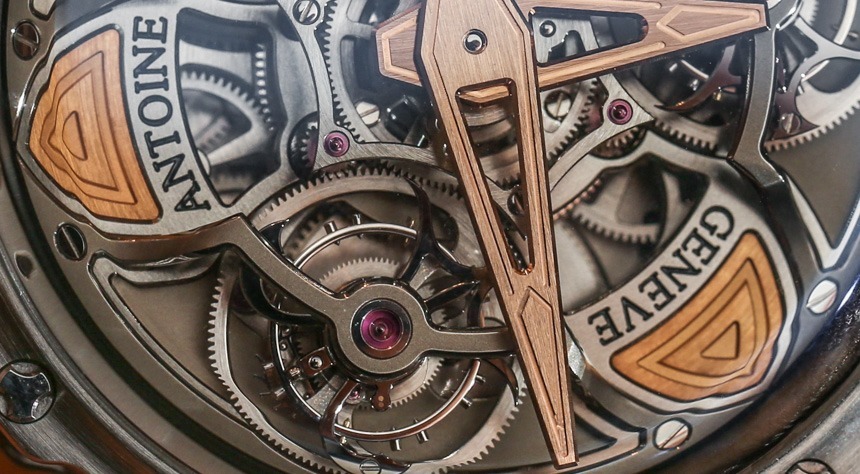 If you are familiar with the Antoine Preziuso brand, you’ll recognize the triple tourbillon, “Tourbillon of Tourbillons” watch as within the same aesthetic family. The case is produced from titanium and either 18k white gold or rose gold, and there are also some steel elements in the construction as well. Of course, given the target demographic, you have the available diamond decorated model as well. I wouldn’t want luxury watch lovers in those diamond-loving parts of the world to feel neglected. 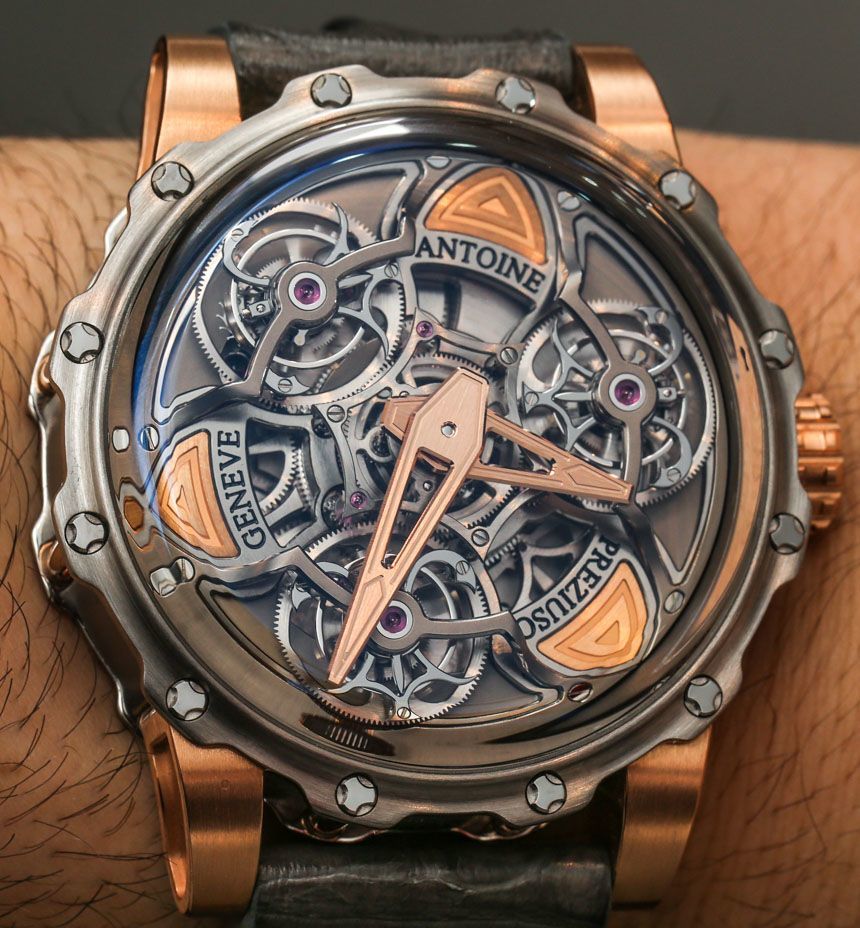 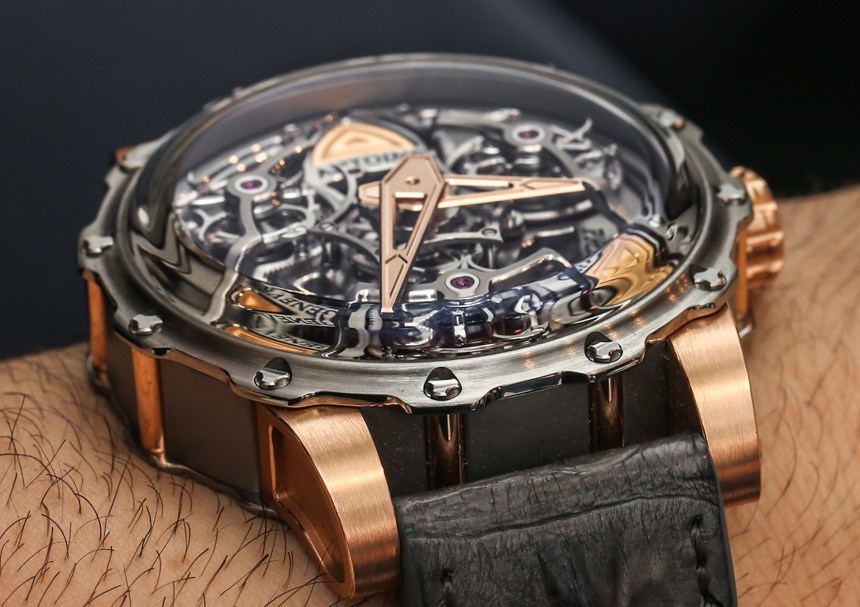 At 45mm wide and 14mm thick, the Antoine Preziuso Tourbillon of Tourbillons isn’t a small watch, but it wears comfortably enough. A new “AFP” crown logo stands for “Antoine Florian Preziuso.” The dial is a maze of three-dimensional places to look and observe, but legibility is maintained thanks to the very thick hands. With that said, I think it is safe to say that a watch like this isn’t worn with the intention that is owner is in strict need of knowing the time. 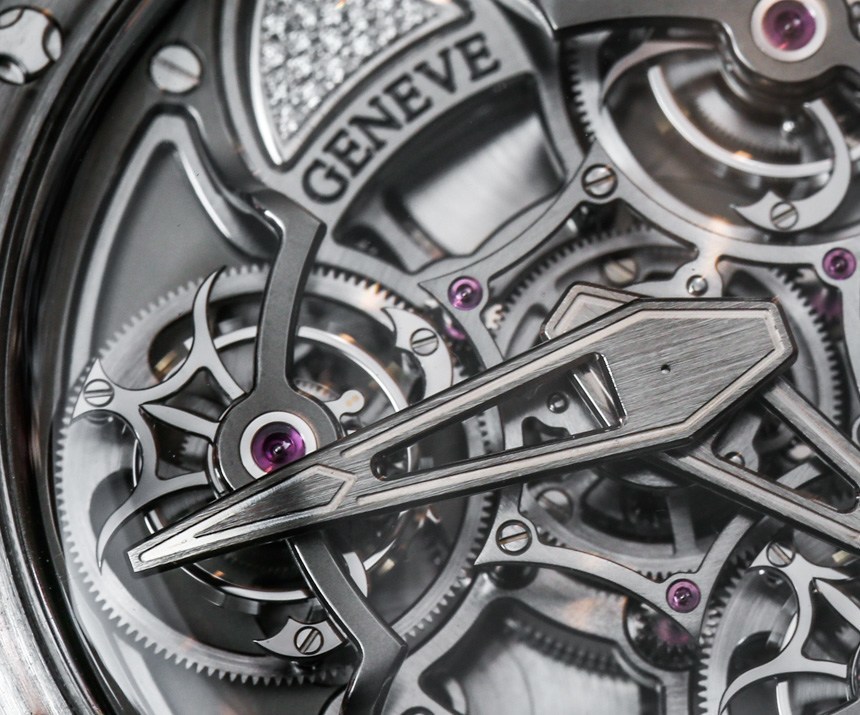 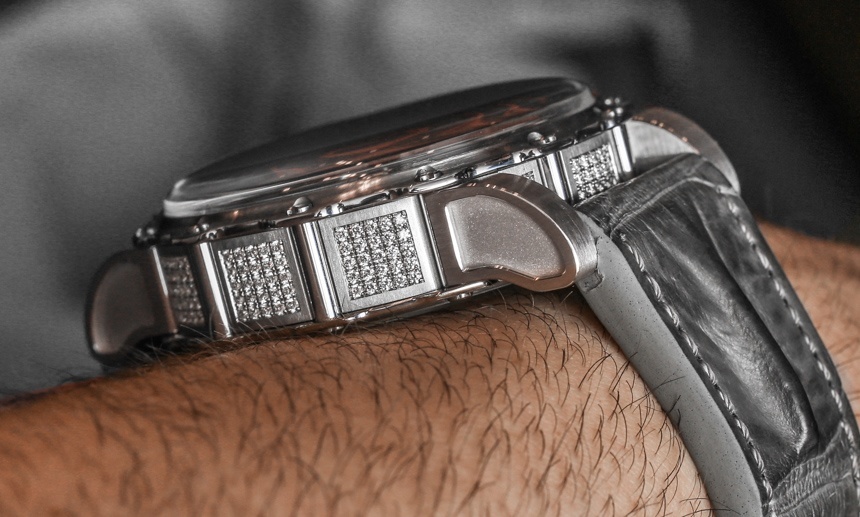 One of my favorite visual elements (aside from the coolness of the spinning tourbillons) are the tourbillon cages themselves which when I look at them remind me of artistic renditions of sea turtles. There is a huge amount of design effort here, and even if the style of the Antoine Preziuso Tourbillon of Tourbillons isn’t to your taste, I challenge anyone not to be impressed by this horological masterpiece. In my opinion, this watch is just amazing for what it is, and shows what happens when you have a multi-generational watch making environment. 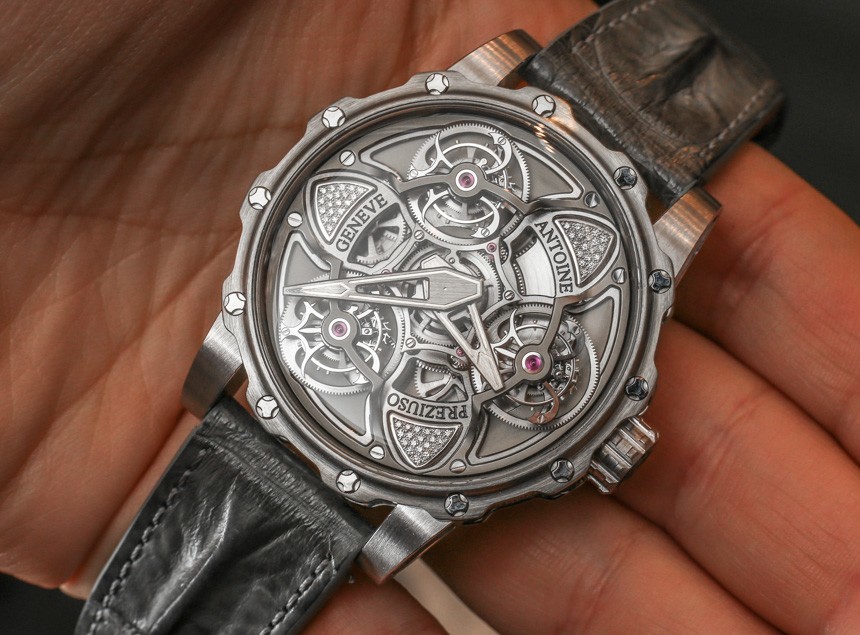 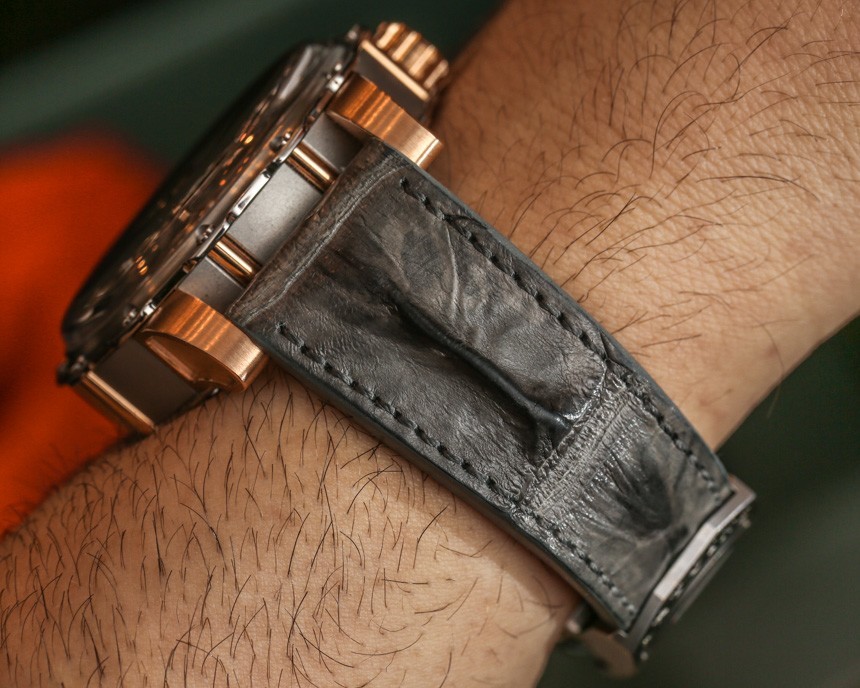 Inside each Antoine Preziuso Tourbillon of Tourbillons watch is the in-house made Antoine Preziuso caliber AFP-TTR-3X manually wound movement. The movement has double series barrels that together make for an impressive 48 hours of power reserve (given all the power the movement must use to just move all the pieces around). Each of three balance wheels within each of the tourbillons spins at a rate of 3Hz (21,600). 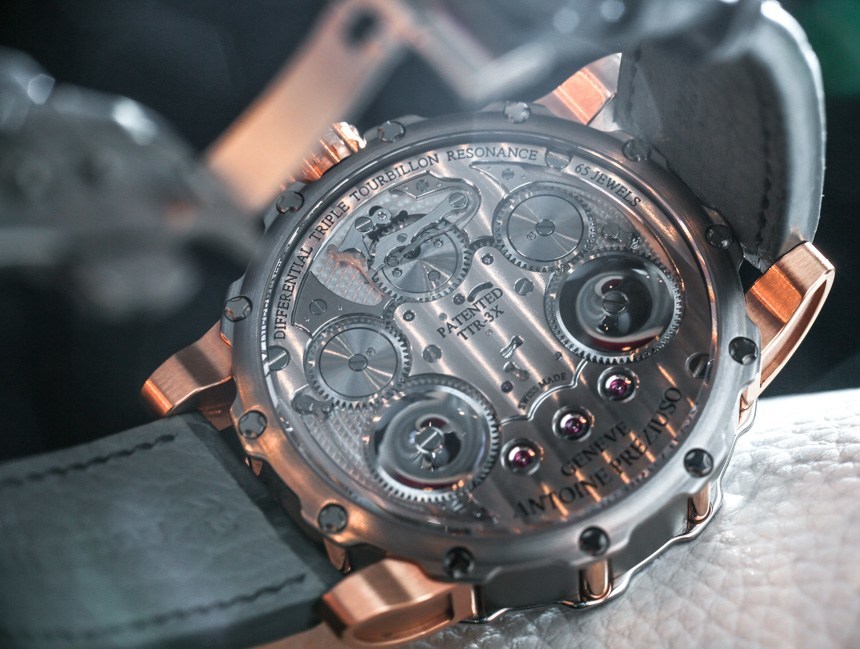 For me, this is really what high-end watch making art today is all about. This isn’t about calendar functions most people will never use or finishing no one will ever see. This is about mechanical art and the bold celebration thereof. It is hard to be a traditional watch lover and not see the value in something as wonderfully ostentatious as this. Price for the Antoine Preziuso Tourbillon of Tourbillons triple tourbillon watch starts at 318,000 Swiss Francs up to 420,000 Swiss Francs with diamonds. antoine-preziuso.com