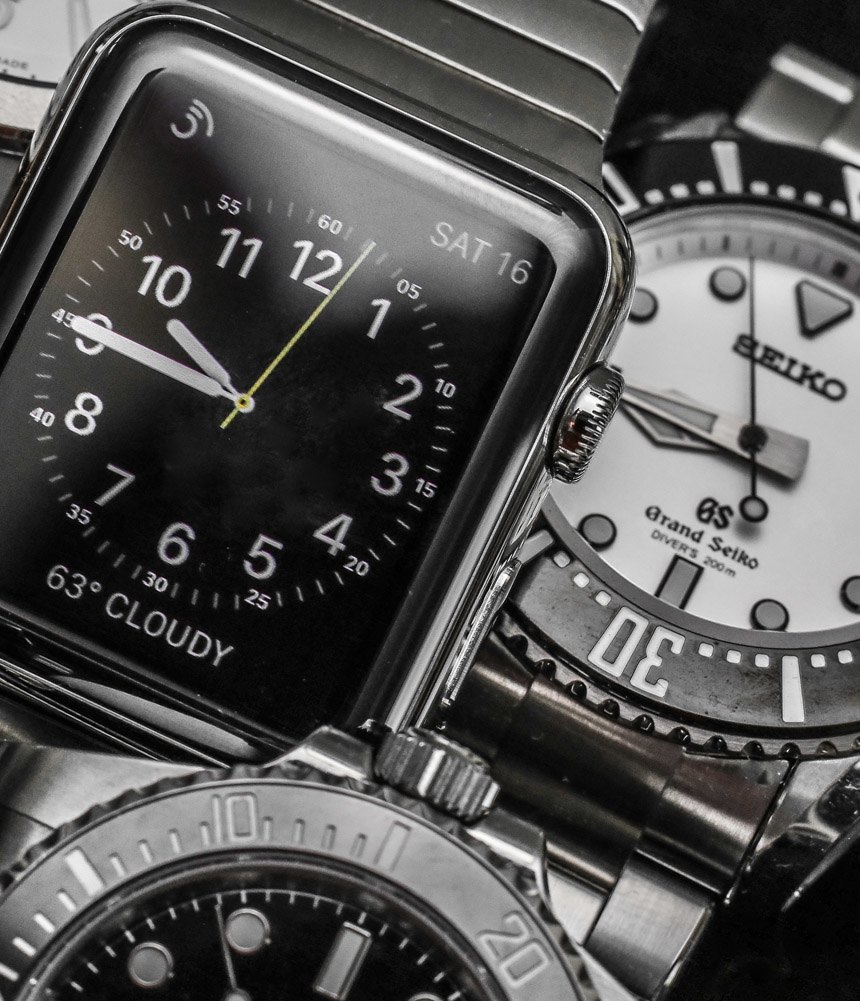 Apple Watch Review Chapter 2: Reliability, Utility, And Whether It Will Replace My Traditional Watch 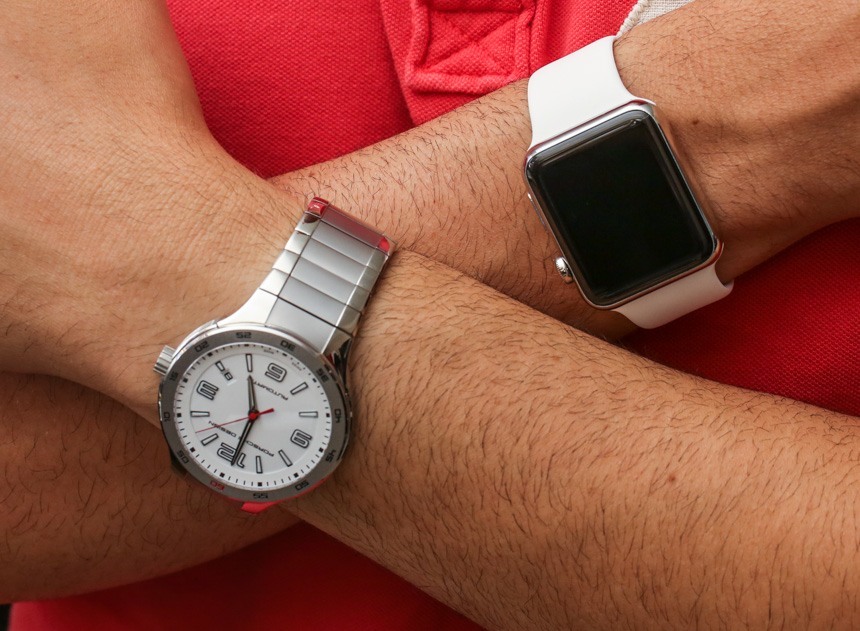 I personally like wearing the Apple Watch regularly because I (at least, for now) am enjoying the gamification of my daily activity and the goal of meeting various objectives. I don’t kill myself if I don’t meet all of them, but I do find that it does add an extra something to my motivation. I also hope that the Apple Watch is thoroughly sweat resistant. People claim that the Apple Watch is meant to survive being in the shower and even some light swimming. That is probably true, because otherwise, the Apple store will have a lot of people coming in with broken Apple Watches after washing the dishes with it on. I am, however, waiting for the fully water resistant one that you can swim or even dive in. 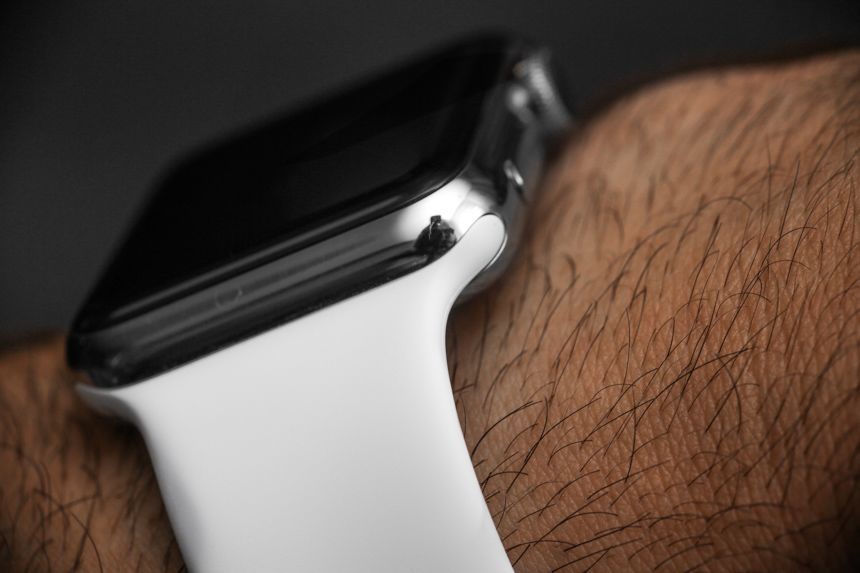 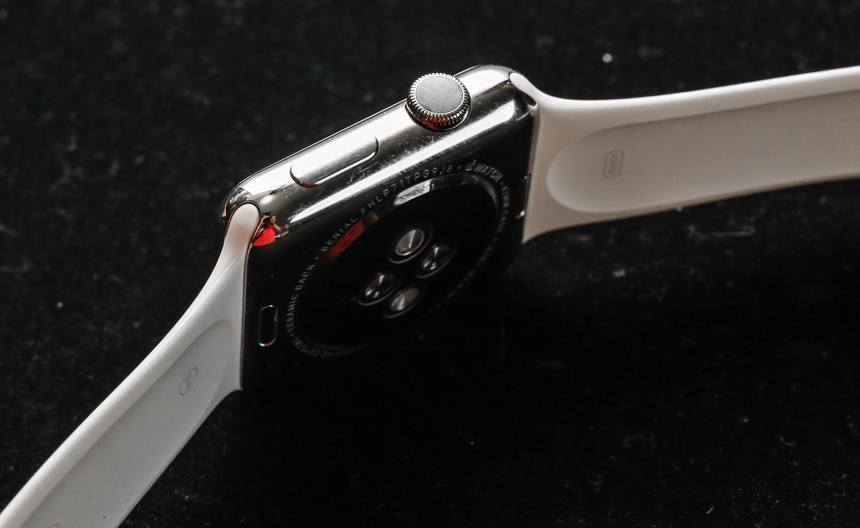 So the fitness features of the Apple Watch add to why I like wearing the device, but what do I use it for? Ironically, I mostly seem to use it to tell the time, get immediate weather data, and check notifications. While it isn’t perfect, Apple has done a really nice job with how notifications are handled, and the user interface is very intuitive once you learn the basics of how the operating system works. One of my favorite things to do is get incoming text messages and then use Siri to respond to them from my wrist. It feels natural, and whether or not it is faster than typing on my phone, something about it feels a lot more convenient. 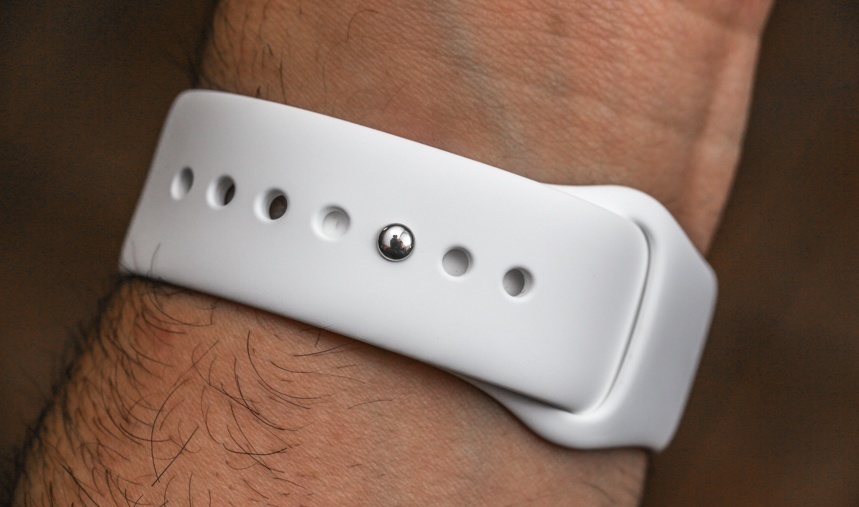 “Natural” is a word I’ve been using a lot over the last few days to describe the Apple Watch. I say that because, in my opinion, looking at information on your wrist just feels so much more natural than carrying around a Hershey bar-sized computer in my hands. I am probably not the first person to observe that the throngs of people who keep their mobile phones in a death grip at all times look a bit silly. That just isn’t natural and what makes it worse is that many mobile phones today (including the iPhone) have the ergonomics of a bar of soap. Smartwatches are attached to your wrist, don’t require a hand to carry around, and are useful at a glance. Mobile phones simply can’t claim that – and in practice, these seemingly minor elements make for a remarkably different experience when you put something on your body as opposed to in your hand. 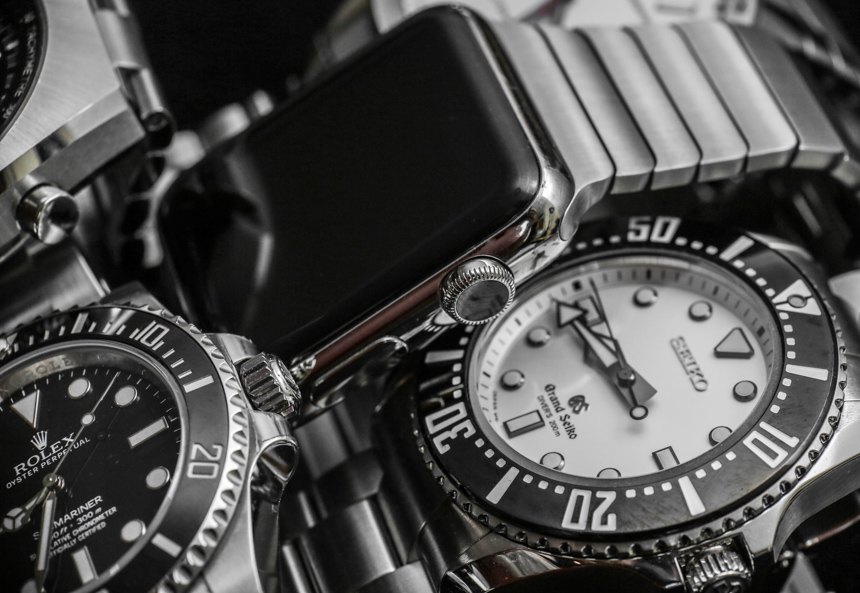 The wrist watch is really back because I think it has proven to be a remarkably friendly and convenient place to put something you want to reference on a regular basis. It also helps that, in terms of the Apple Watch, you have something that is very comfortable and easy to use. Using the Apple Watch is just as fun as the iPhone – even though it is different. In addition to the touchscreen, you have the digital crown which is used to scroll and zoom. I was a bit worried at first that this would be awkward and not intuitive in many instances. That hasn’t proven to be the case at all, and I’ve really come to enjoy the refined and clever way Apple designed the user interface and input system of the Apple Watch. 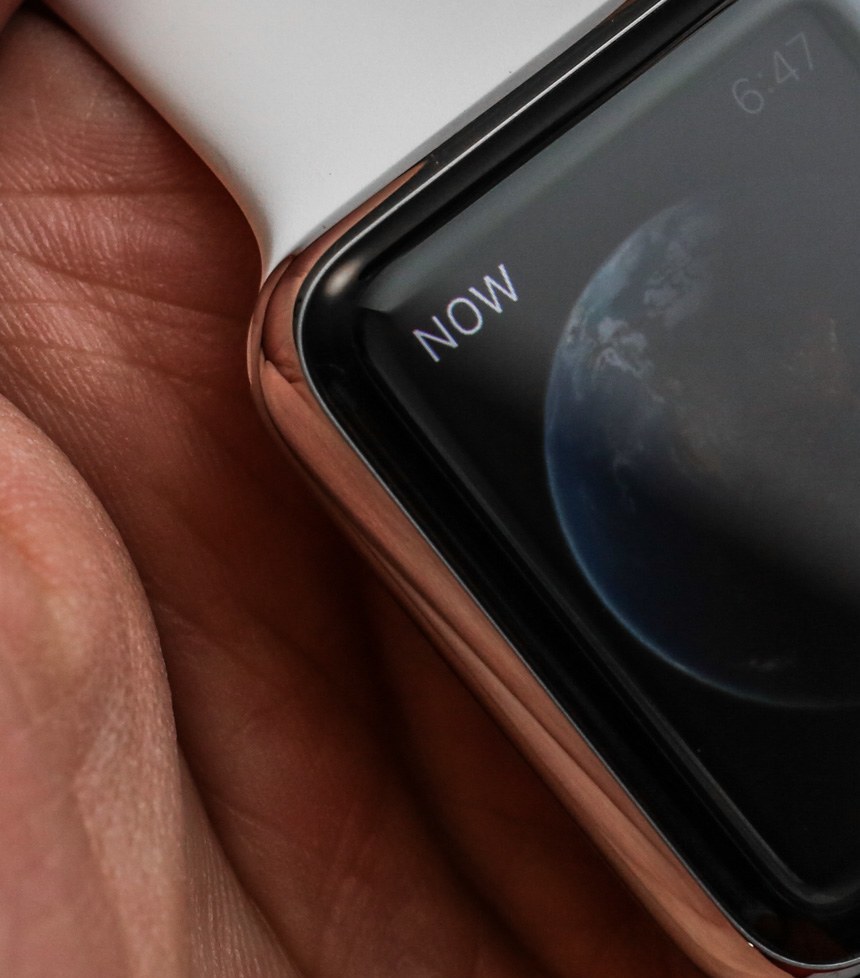 Once in a while, I remind myself what a colossal investment the Apple Watch must have been for Apple to research and develop. I’ve long known that Apple was studying the traditional wrist watch industry, but it is only more recently that I’ve discovered why. Apple was never trying to really mimic traditional watches in a direct sense, even though there are a lot of borrowed themes and elements. If that were the case, Apple’s goal would have been to create a connected digital device that reminded people of traditional watches – but was actually just an electronic gadget. I think a lot of people have this idea about the Apple Watch, and I don’t think it is true. 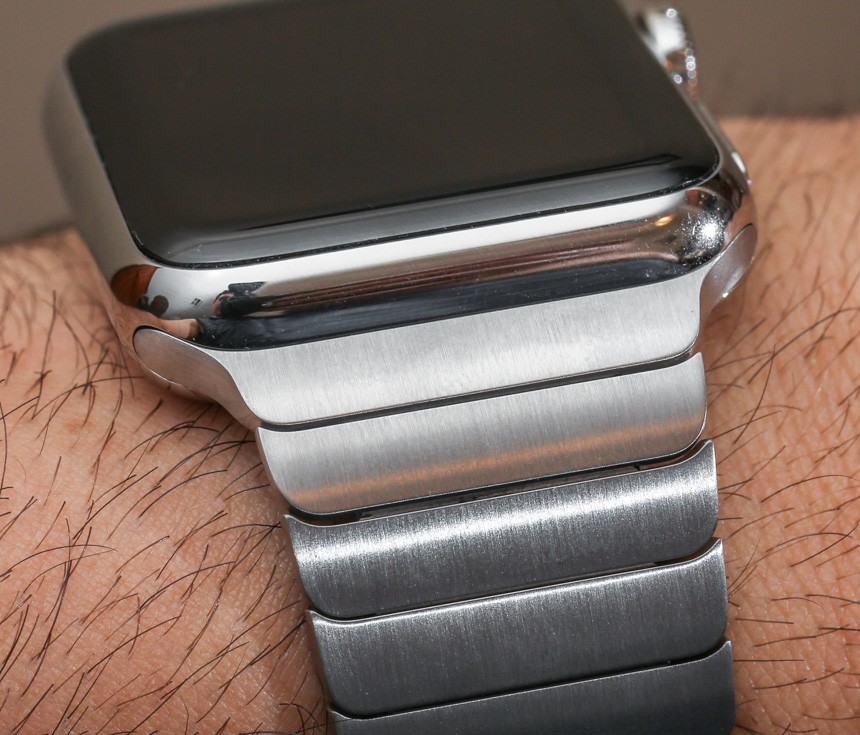 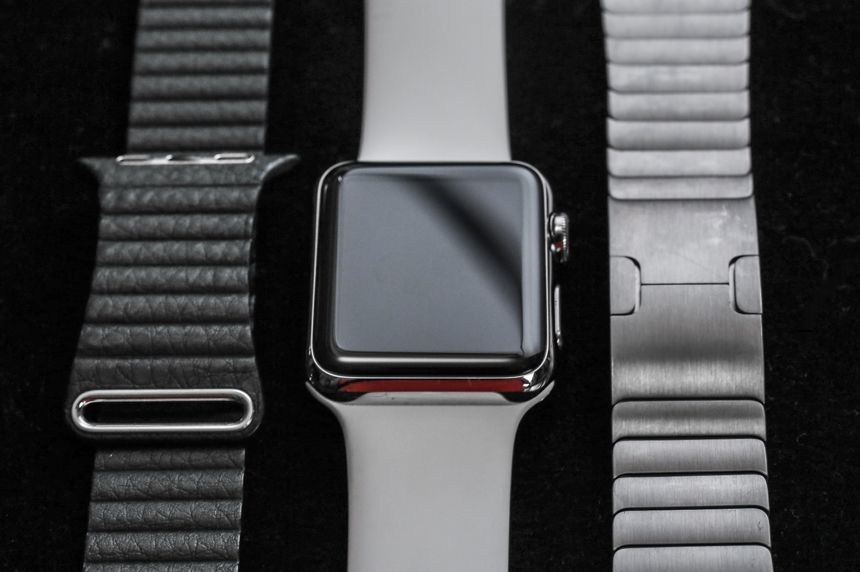 I posit, instead, that Apple studied the traditional watch industry first and foremost to understand how to build a device that people wear. This involved everything from understanding how people like to engage with wrist watches, to how to build a wrist watch that can survive the abuses of normal wear and tear. Apple’s focus shifted a few times here and there because, at the end of the day, they decided that they wanted the Apple Watch to be as fashionable and as sexy as possible. Then came things like the Apple Watch Edition in gold – which, while very commercially viable, is confusing to many tech lovers because it does not directly advance the goal of putting useful connected devices on people’s wrists. Therefore, in attempting to appeal to as wide an audience as possible with the Apple Watch, Apple has by default confused certain audiences. 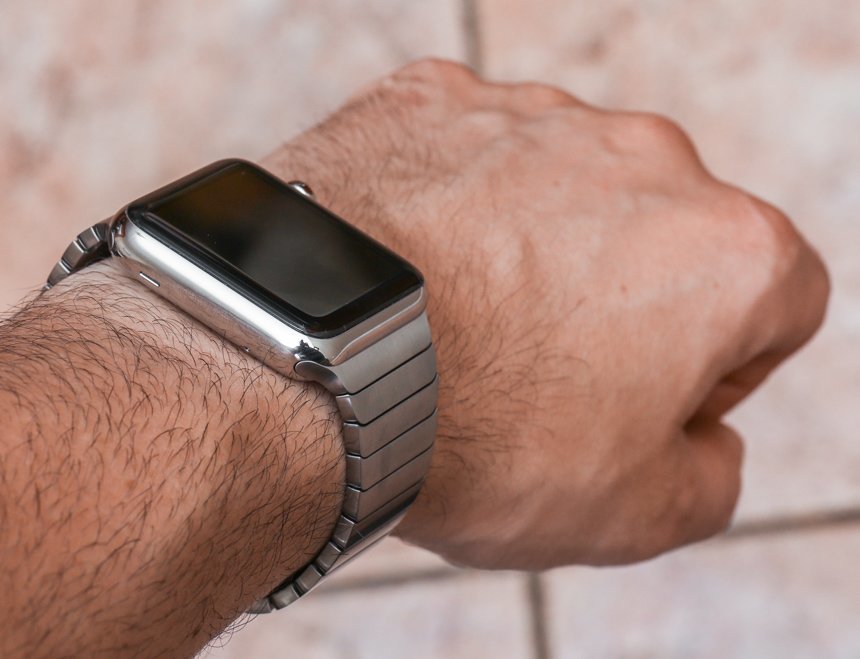 The above discussion leads me into the last part of this Apple Watch review segment – how does the Apple Watch play in the world of traditional watches? I recall the first time I saw someone else wearing an Apple Watch. The feeling I had was very interesting. I knew that the person wearing it was not doing so as a means of sharing anything about their taste or lifestyle with the rest of the world. In other words, compared to traditional watches, the Apple Watch has very little communicative value in helping to make someone unique. 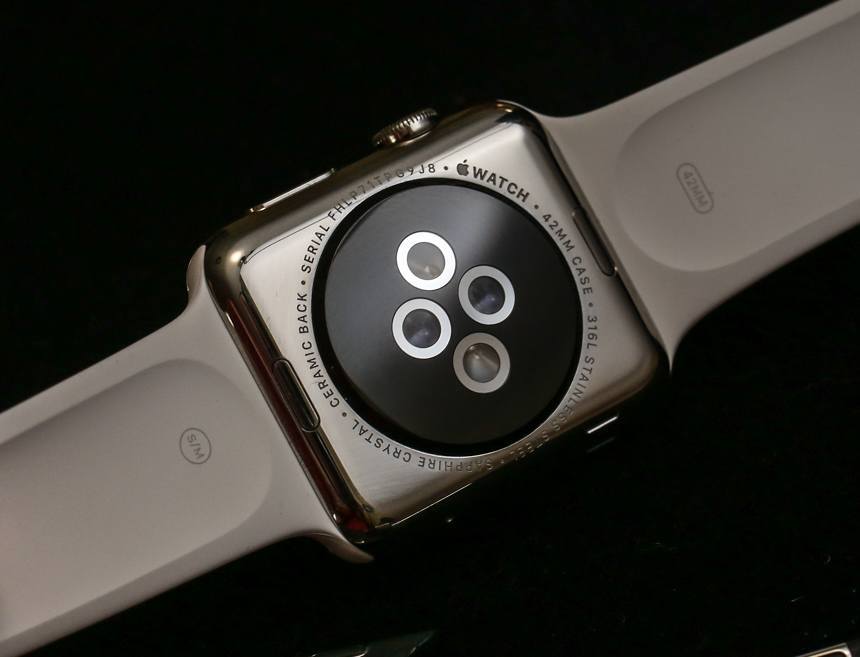 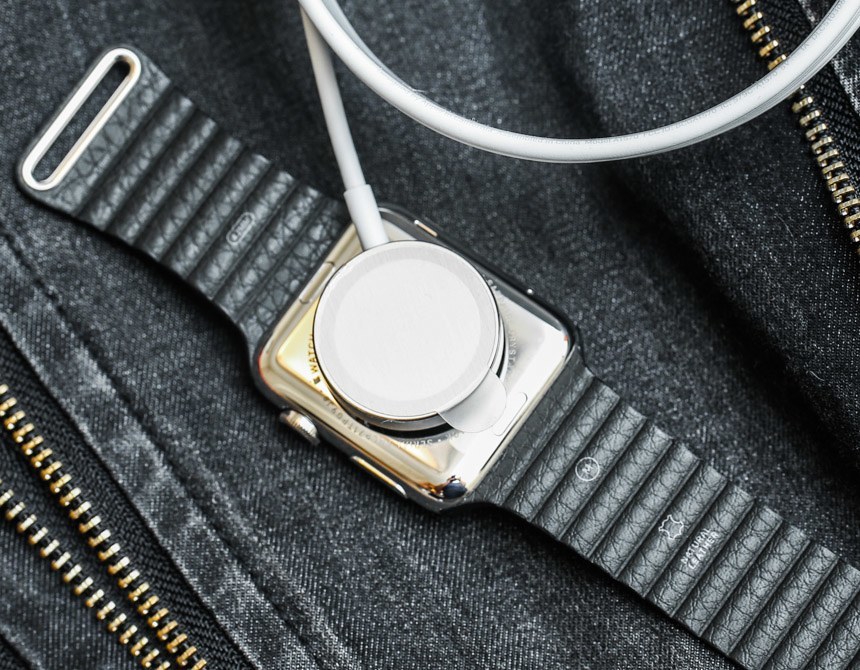 That isn’t really a surprise, nor is it the ultimate goal of the Apple Watch. But with that said, Apple did anticipate this issue and did their best to remedy it by offering various versions of the Apple Watch and a growing universe of strap options. While some people might snicker at Apple’s attempts to allow us to “play doll” with the Apple Watch, the reality is that offering some degree of individuality in how people wear the device is extremely important. Nevertheless, the Apple Watch should be considered a useful tool that doesn’t break rules of fashion. It is an item that offers the same type of personal communicative value as other things we wear – which is unique for a gadget. This will become increasingly true as more and more people wear the Apple Watch. 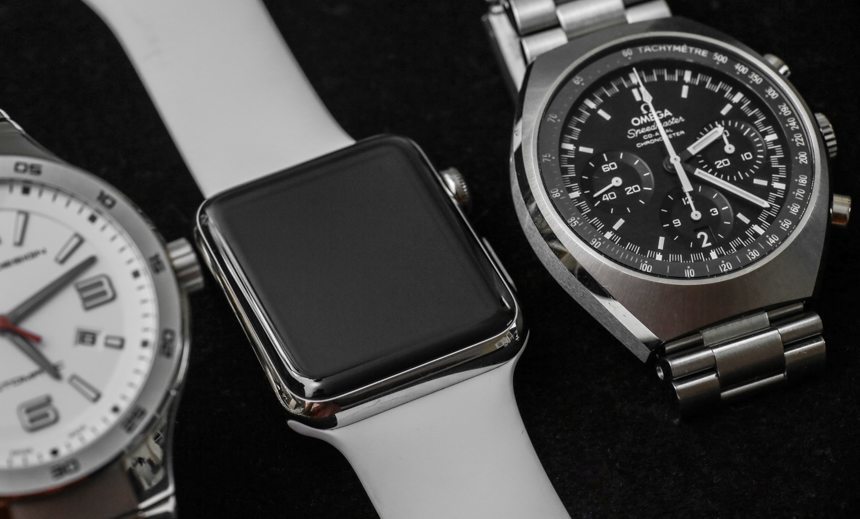 I honestly never imagined how much I would miss the individuality I felt when wearing a more distinctive looking traditional watch. It isn’t that I miss my beloved mechanical watches, but rather that I really miss the feeling I have when wearing a well-made analog machine. There is little else out there that helps you really appreciate how emotional the experience of wearing a traditional watch is than wearing a smartwatch for an extended period of time. 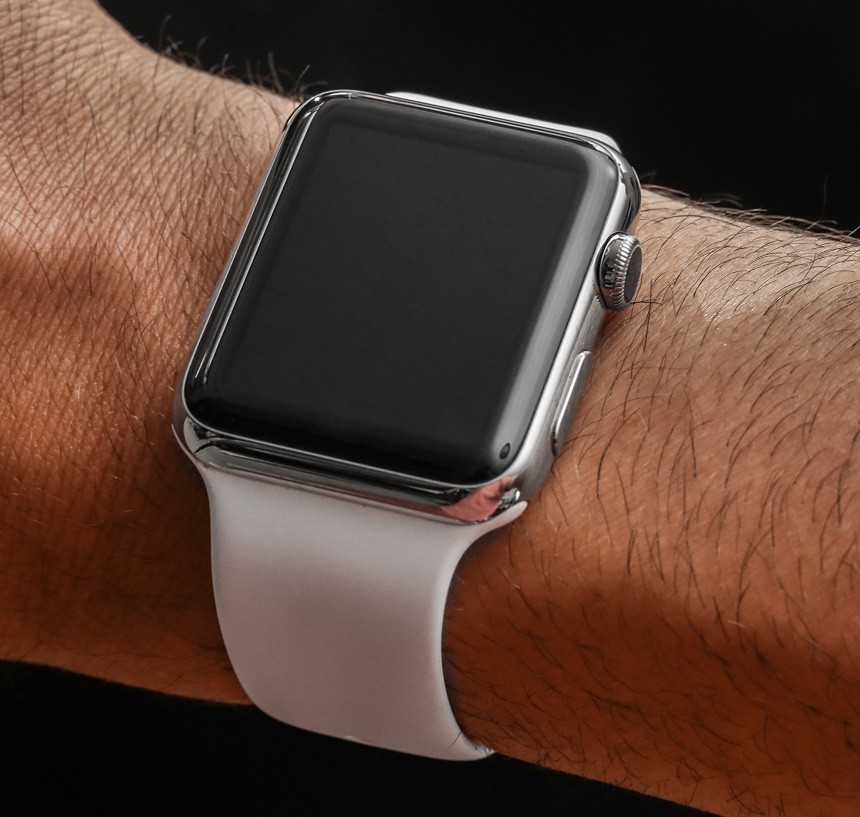 That is all a long way of saying that “no, the Apple Watch has not displaced my traditional watch…” but it will supplement it. I am in a position now where I truly want to wear both. I’ve become very accustomed to the convenience of having a lot of very useful information at my fingertips, but I also love more than ever the feeling I get when wearing a traditional watch. I also think that because of the Apple Watch, brand new people will also feel this way if they should ever happen to put on a traditional watch in tandem with their Apple Watch for any period of time. 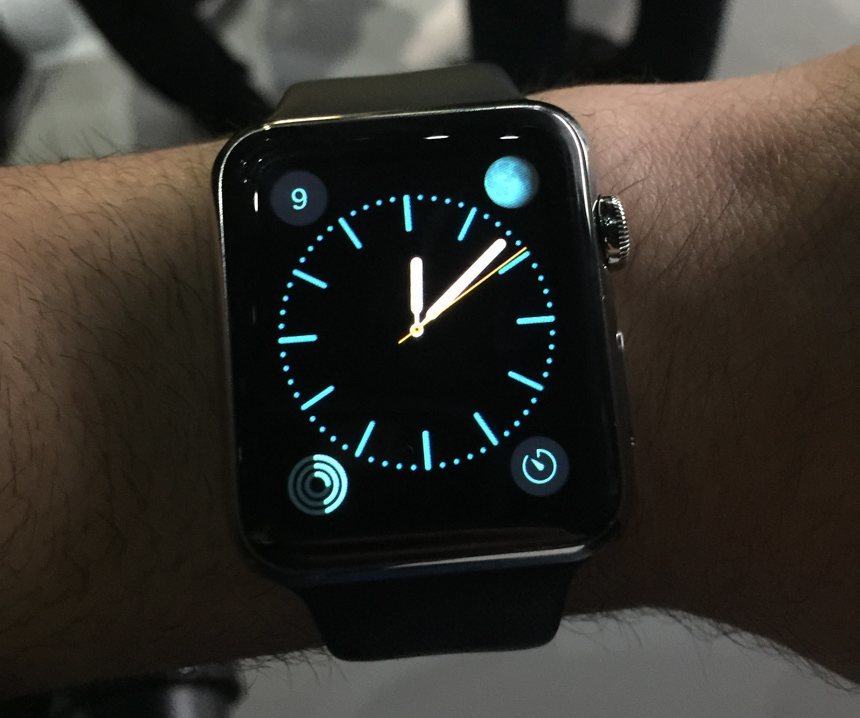 You know what my favorite Apple Watch dial has become? No, it isn’t one of the analog faces, but rather one called “Modular,” where you have a digital dial for the time and a lot of customizable boxes where you can have the watch display all sorts of things such as the sunrise/sunset time, weather data, and daily activity progress. This doesn’t battle with my traditional watches for supremacy, but rather adds something extra that my beautiful luxury watches will never hope to offer – modern utility. I’ve accepted the fact that on one wrist, I am going to wear functional, masculine art, while on the other wrist, I am going to wear a piece of ultra-modern technology that will help shape the future of how people engage with and consume information. I truly feel that the Apple Watch is the future – but it doesn’t need to leave the past behind.

For those people who don’t have a fondness for traditional watches, then the Apple Watch is a useful, albeit expensive, treat that offers the most refined smartwatch experience on the market. For watch lovers like me, the Apple Watch is the exact same thing, only with the additional matter of how to properly wear it in conjunction with what I have accepted is something I certainly do not want to leave behind. apple.com