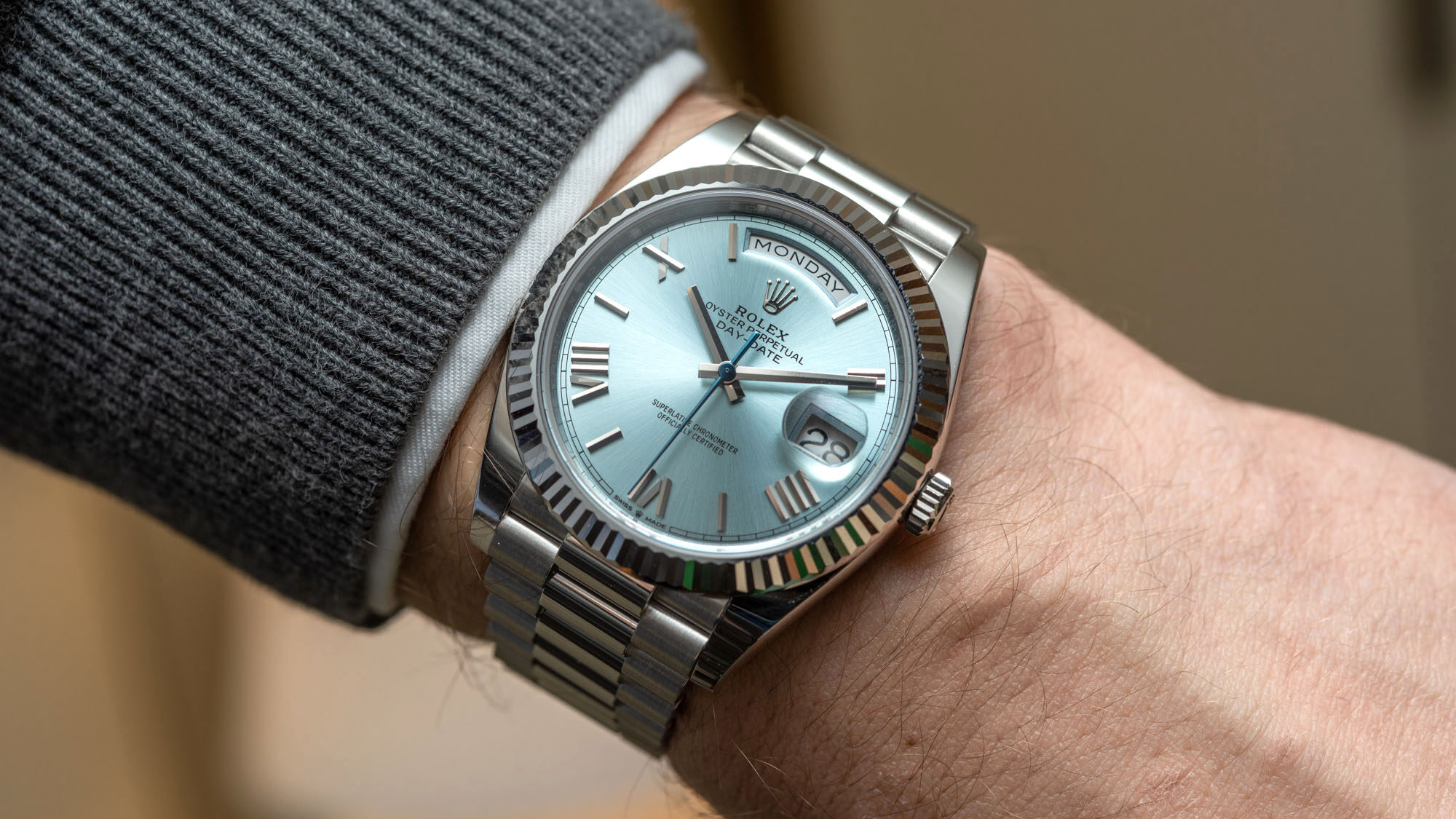 Ariel’s Thoughts: How The Luxury Watch Industry Can Do Well Despite A Global Economic Recession 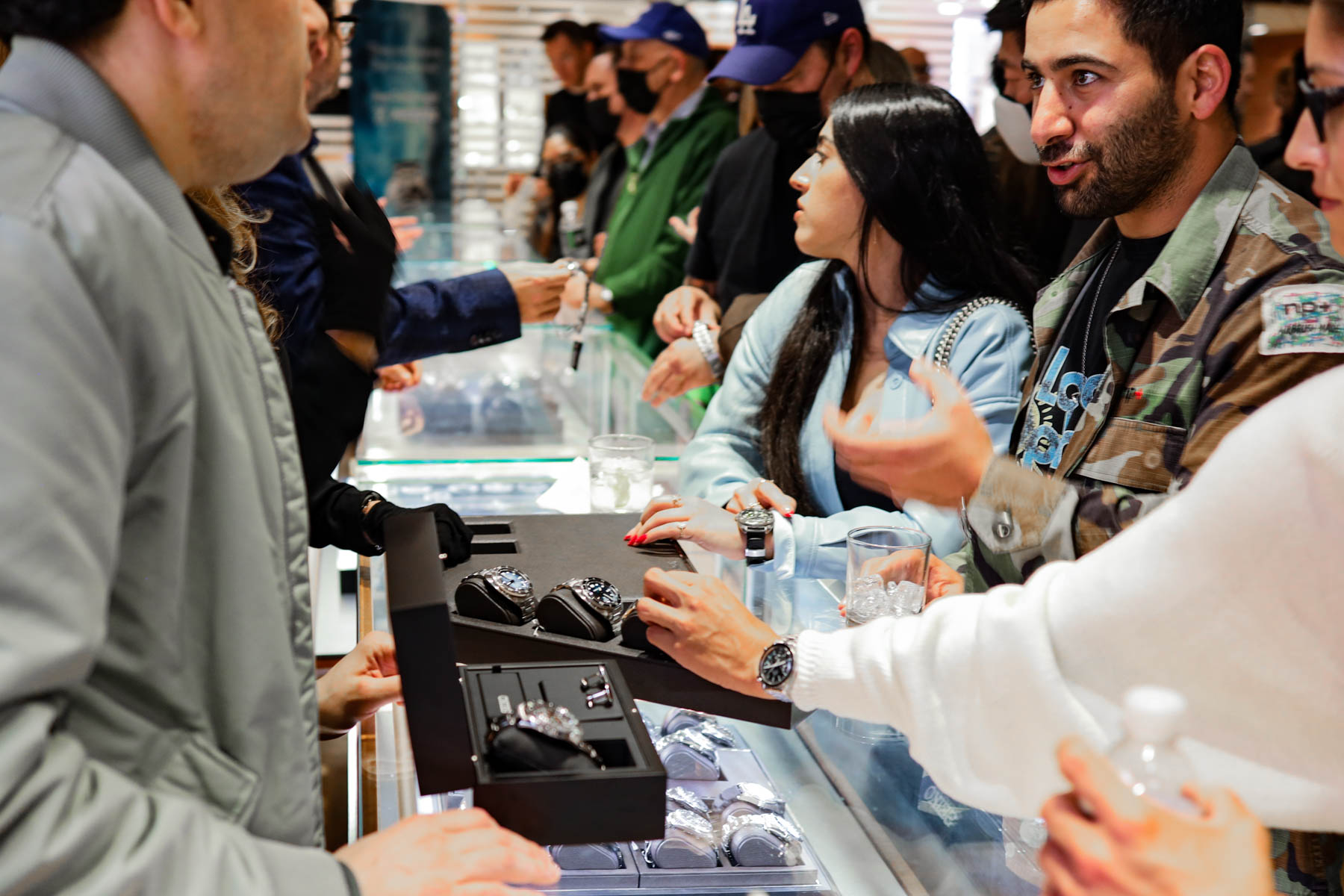 As we reach the end of 2022, many financial decision-makers in the luxury watch industry are trying to predict the outlook for 2023 and beyond. The outcome of these determinations is crucial for an industry that requires serious spending to capitalize on available market opportunities. Investing in new watches and the production of inventory is a huge capital undertaking, and often takes several years to fully realize in terms of results. Managers and stakeholders are nervously trying to judge what types of spending decisions will yield positive performance results in the foreseeable future. This is a tough challenge, especially considering that many veterans in the watch industry agree that it can often take five or six years before the investment in a new product yields returns. When economic outlooks are bleaker, luxury industry executives commonly withhold spending or even freeze company operations in extreme circumstances. This reactionary approach to poor global economic outlooks is well-documented in the consumer goods space when it comes to company investment and marketing spending, but is that the right approach for the watch industry in 2023 and beyond?

While the conservative fiscal approach will always be favored by some people in the typically conservative luxury industry space, a large number of signs and current market conditions suggest that the high-end watch space behaves differently when economic times are tough — especially when pockets of wealth are still being created and niche populations of consumers command outsize volumes of disposable income. Therefore, the traditional notion that a poor global economy means performance challenges for the watch industry across the board is, at the least, highly overgeneralized.

The traditional logic when it comes to how global economic growth affects the luxury watch industry is based on middle-income spending habits. It is theorized that much of the luxury watch industry is dependent on spending from aspirational middle-class people who used extra money on luxury items to communicate status. If that class has less spending power, then, of course, discretionary spending on wristwatches goes down. Indeed, the purchasing power of the global middle class is relatively low compared to historical averages, especially compared to times with more growth across the board. Brands that target this segment of the consumer population have been the hardest hit over the last several years, even before the pandemic. Reasons include a combination of factors, such as changes in where people shop (online versus traditional retail), competition from smartwatches, and tepid income growth for much of the target consumer populations. This sector does not, however, include the larger group of people who spend money on watches, nor does it even take into consideration the larger variety of reasons why consumers buy wristwatches in the first place. 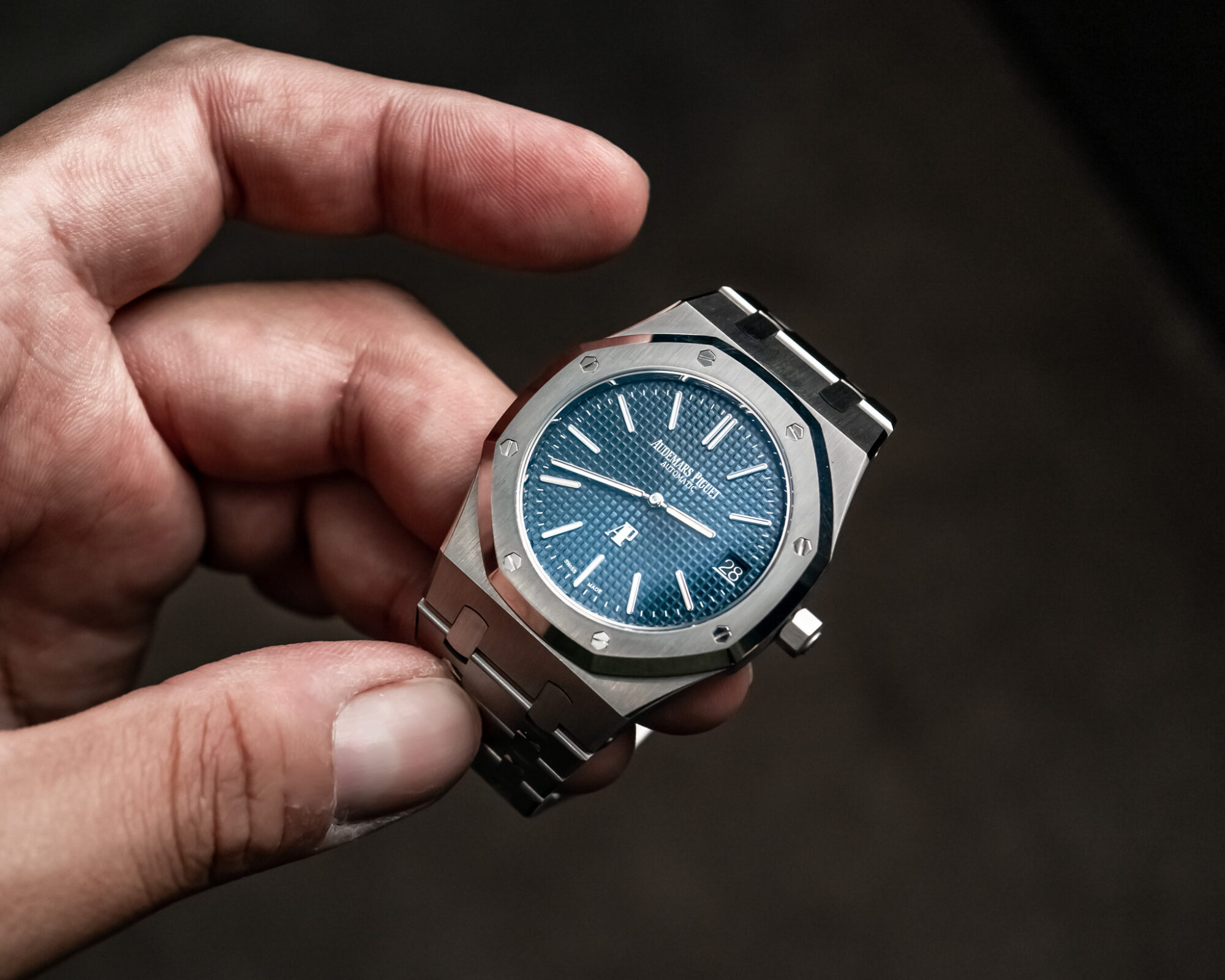 Anyone paying even modest attention to the luxury watch space over the last few years has seen remarkable activity in a variety of areas, including the market for pre-owned watches and the viral popularity of particular models or entire brands. All of this is happening despite market conditions that would have historically signaled a major industry downturn. There is also ample evidence to suggest that watch buying is up with particular consumer demographics, especially with what I call the watch industry’s “new middle class.” Let me remark on this topic since I think it bears some discussion. The watch industry’s “new middle class” is made up of those who would, according to other measures, be rather high on the socio-economic ladder. Let’s call them “entry-level rich” for argument’s sake, because they are most correctly categorized as upper-income earners, but nevertheless don’t have the ability to spend $100,000 per year on just wristwatches. This is the new aspirational audience that the watch industry is effectively courting, and a large percentage of today’s sales are going to this group of consumers across the globe.

Let’s take a minute to examine exactly what psychological aspirations are at play in the minds of the entry-level rich. The archetypal aspirational purchaser is someone who isn’t entirely happy with where they are in life (non-complacent) and aspires to be, look, or act like “a little bit more” (also sometimes referred to as seeking social mobility). Aspirational purchasing is related to buying or doing something that allows you to feel more like how you imagine yourself in the future, as opposed to strictly who you may be today. Aspirational purchasing is the cornerstone of luxury shopping at all spending levels. Understanding the nuances of what consumers aspire to be, and how they aim to feel that way, is the key to being an effective marketer in the watch industry or any other luxury space. 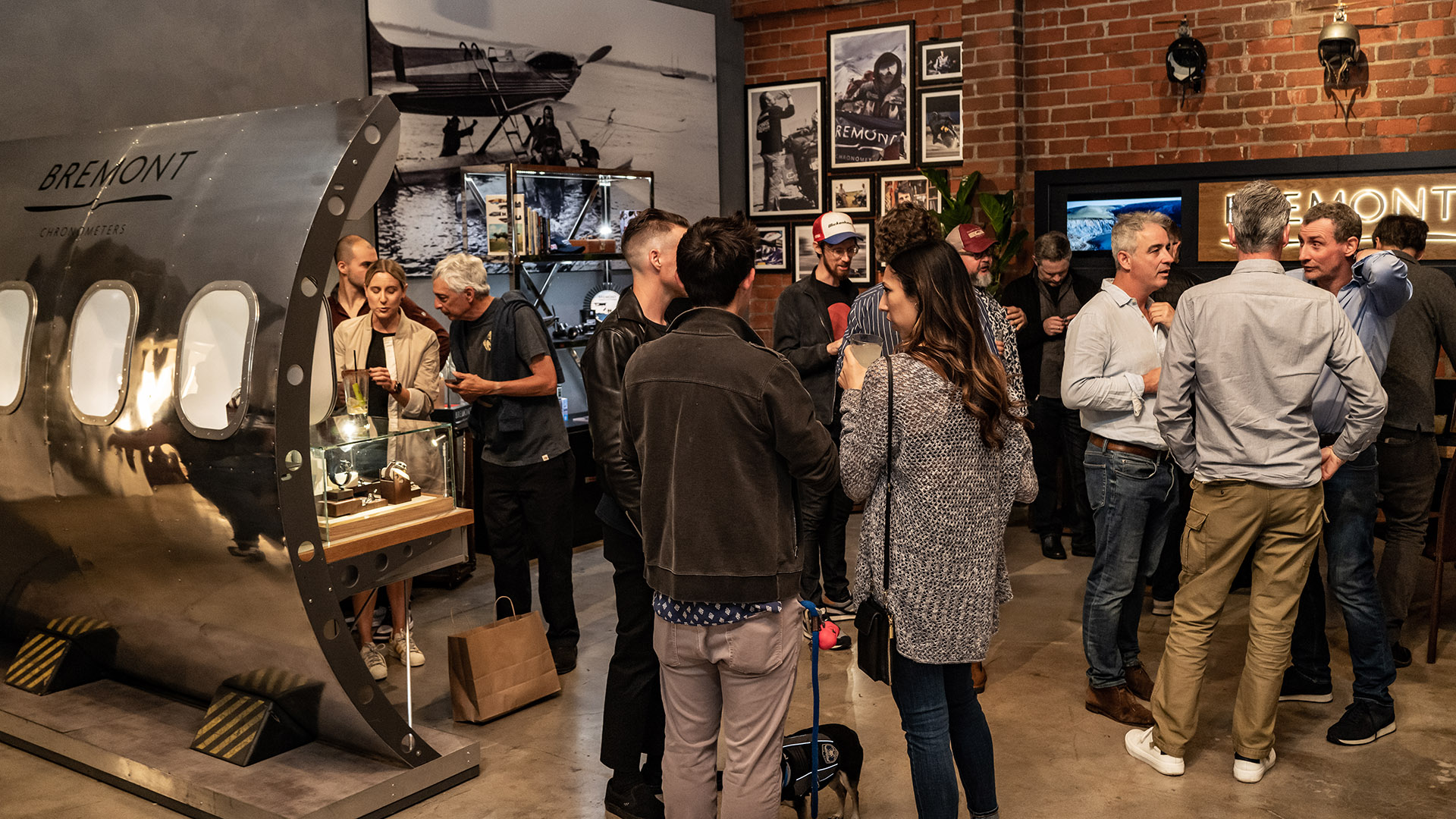 One of the most popular consumer aspirations these days is the maintenance of social and economic status, as opposed to signaling the fresh novelty of being wealthy. Ten years ago, the most widespread sentiment luxury consumers wanted to communicate is, “I made it to being rich.” While it is still popular for those who come into new money to engage in showing off, what seems to be more popular among consumers today is status signaling, something a bit different, which is to remark that, “I am still wealthy.” Thus, the predominant psychology is for consumers to more subtly hint that “I am among the rich,” as opposed to more enthusiastically communicating “Look how much more money I have than you.”

The larger psychology at play here seems to be a consumer’s desire in a world of increasing economic disparity to firmly cement themselves among the “haves” versus the “have nots.” One way to look at the increasing wealth gap is to lament the fact that large groups of people have less disposable income to spend on things like watches. This is true, and part of why much of the traditional middle class is not a ripe area for many luxury brands to engage. The other side of the wealth gap tells a different story: The largest group of people who are purchasing luxury watches today have even more money to throw at the hobby. More so, the competition among status seekers in the same consumer class is increasing. That means wealthy buyers who openly spend money on luxury goods are noticing that their friends have probably stepped it up a bit over the last few years. As the rich get richer, so does their ability to spend ever more lavishly. It is common for luxury buyers to status-compete with one another. If everyone in your economic class is suddenly spending $20,000 on a watch, then to more effectively signal status among them, you might need to spend $25,000 or $30,000 per watch in order to remain socially competitive. Even those not seeking to outdo their economic equals will end up having to spend more money on their watch hobby to maintain the “I am still doing economically well” message that is important to them. As you can see, even among insular groups of high-end consumers, watch spending can easily increase during our current economic period even as global growth estimates look poor. 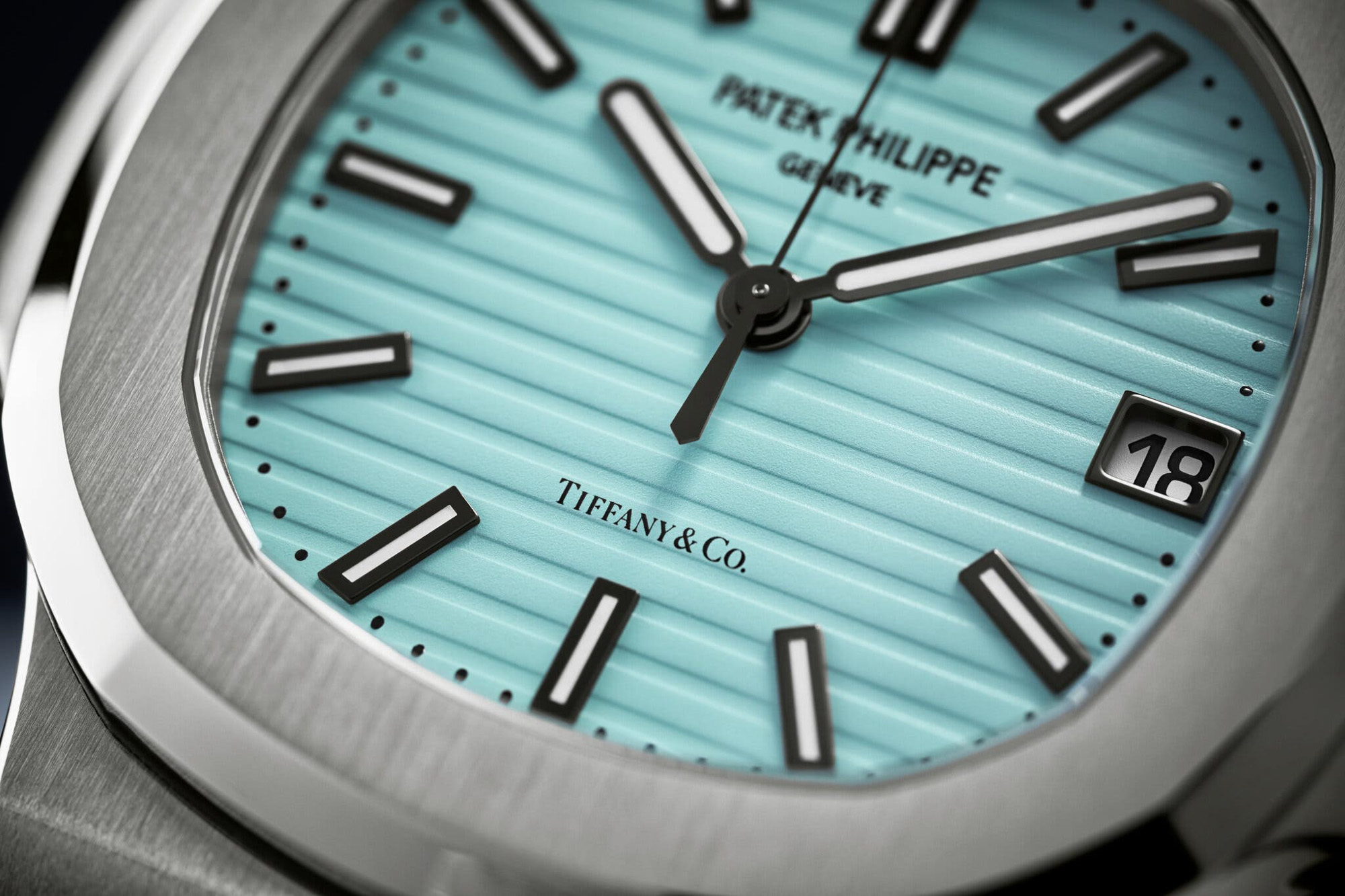 Now, let’s talk about a related but different reason that wristwatches are doing well during an economic downturn, and that is the somewhat novel classification in the minds of many consumers or wristwatches as financial assets. Very few consumers today think about buying a wristwatch without at least considering the resale value. I maintain my larger prescriptive advice that wristwatches should be purchased for pleasure and never investment, but it is impossible to suggest that any modern lay-luxury watch consumer today does not appreciably consider what they can boast their watch is “worth.” Sometimes that worth is based upon current high values, and other times it is based on the speculative theory that a watch will increase in popularity over time. Real or imagined, the idea that a wristwatch is a financial asset is an important part of how and why consumers buy wristwatches today. This has an important effect during a bear economy because considering a timepiece like a financial asset can allow buyers to rationalize their purchases more. People buy watches for pleasure, but they do so with some guilt. Today it is seen as rude to display wealth, so luxury watch shoppers are less inclined to make flashy purchases that demonstrate how little money means to them (because they have enough of it to waste). The new form of this behavior is different because of the values behind it. If you wear a wristwatch known to have a high market price, the message today is, “Look at how smart they are with money because they adorn themselves with items of high market value.” This is opposed to the traditional message of, “They are so rich, they can waste money with abandon.” In effect, the social signaling of these two approaches to wearing high-end timepieces is very similar, but the major distinction behind the moral rationalization makes all the difference for today’s consumers.

Moral rationalization for wearing or purchasing luxury goods is crucial in a world where “have-nots” increasingly scrutinize the spending habits of the “haves.” This topic could be the subject of a separate discussion and is responsible for why the luxury industry is so focused on contributing to environmental climate issues as well as humanitarian pursuits. Seeing how social media comments respond to conspicuous signs of consumption is an ideal measure of this concept. Rich buyers will always want to reward themselves. In today’s economy, many of them have extreme levels of spending power which must be spent more politely. Indeed you can point to factors such as inflation and the like as having a negative effect on that spending power, but you’d be missing the larger point. The value of wealth is directly related to how much more of it you have compared to the wealth of your neighbor. Inflation will disproportionately affect lower-income consumers far more than high-income consumers. That means despite prices increasing, rich people have even more economic leverage given that the disparity in wealth delivers more power to those with elite levels of income. The outcome of this fact is that aspirational spending from the rich will continue with gusto, albeit restrained in part by moral expectations. 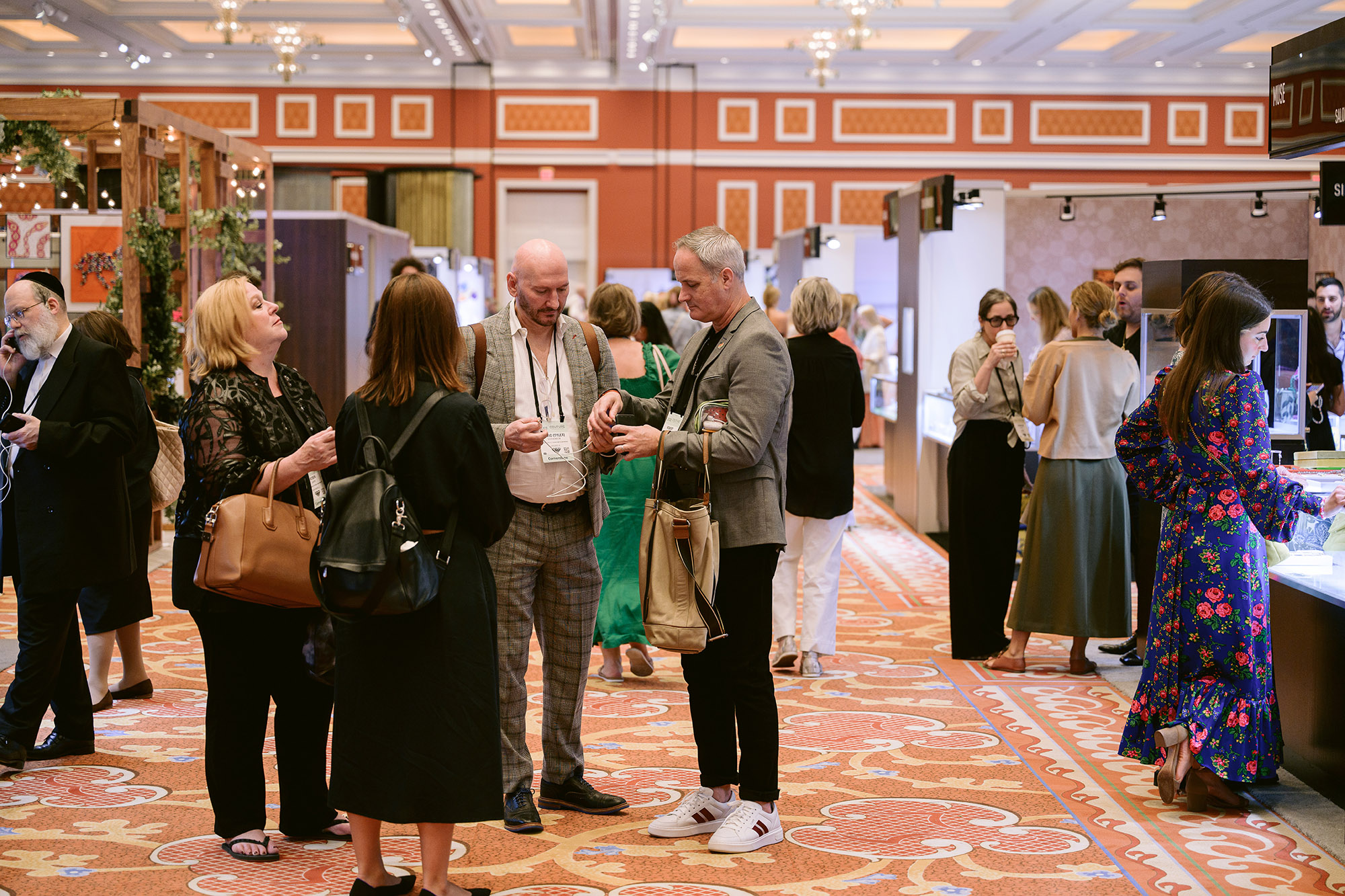 Persistent difficulty in traveling, manufacturing, warfare, feuding governments, and unequal economic recovery after the pandemic are all large and serious issues that have vast effects on the global economy. These will have to continue to have negative effects on traditional luxury watch retail and production, especially among yesterday’s core group of middle-income luxury shoppers. That said, Internet marketing and distribution of luxury products have allowed for extremely high levels of wristwatch consumption activity, despite the prescriptive advice from legacy economic forecasting models. I hope this article has identified key ways and reasons why the luxury watch industry can grow, or even thrive, given new realities and luxury consumption habits. Lend your thoughts on the matter below in the comments.