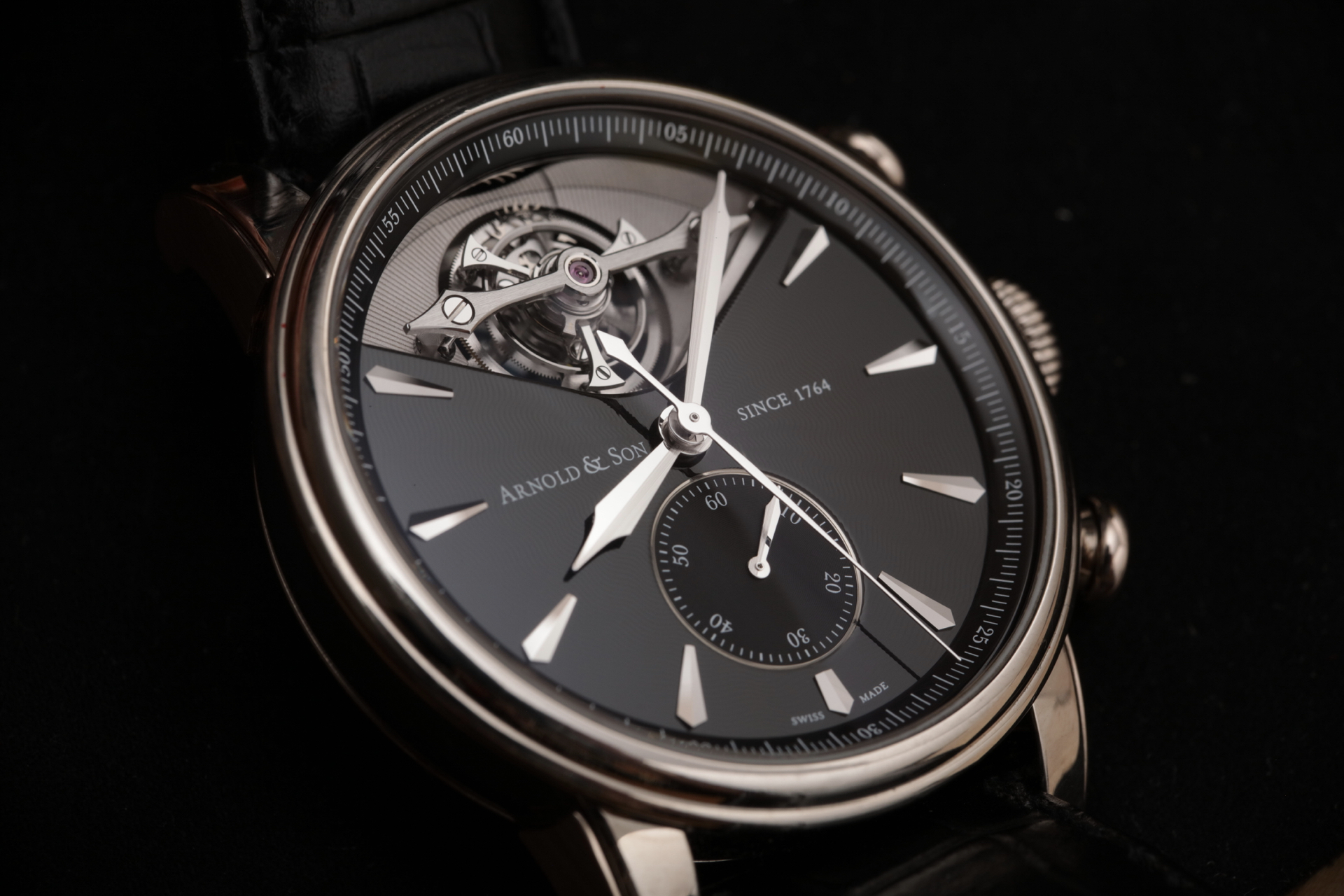 The Arnold & Son TEC1 watch may have been released in 2014 to celebrate the brand’s 250th anniversary, but its luster hasn’t remotely begun to fade. We had a chance to go hands-on with this palladium beauty and, five years after the TEC1’s initial release, it shines as bright as ever. 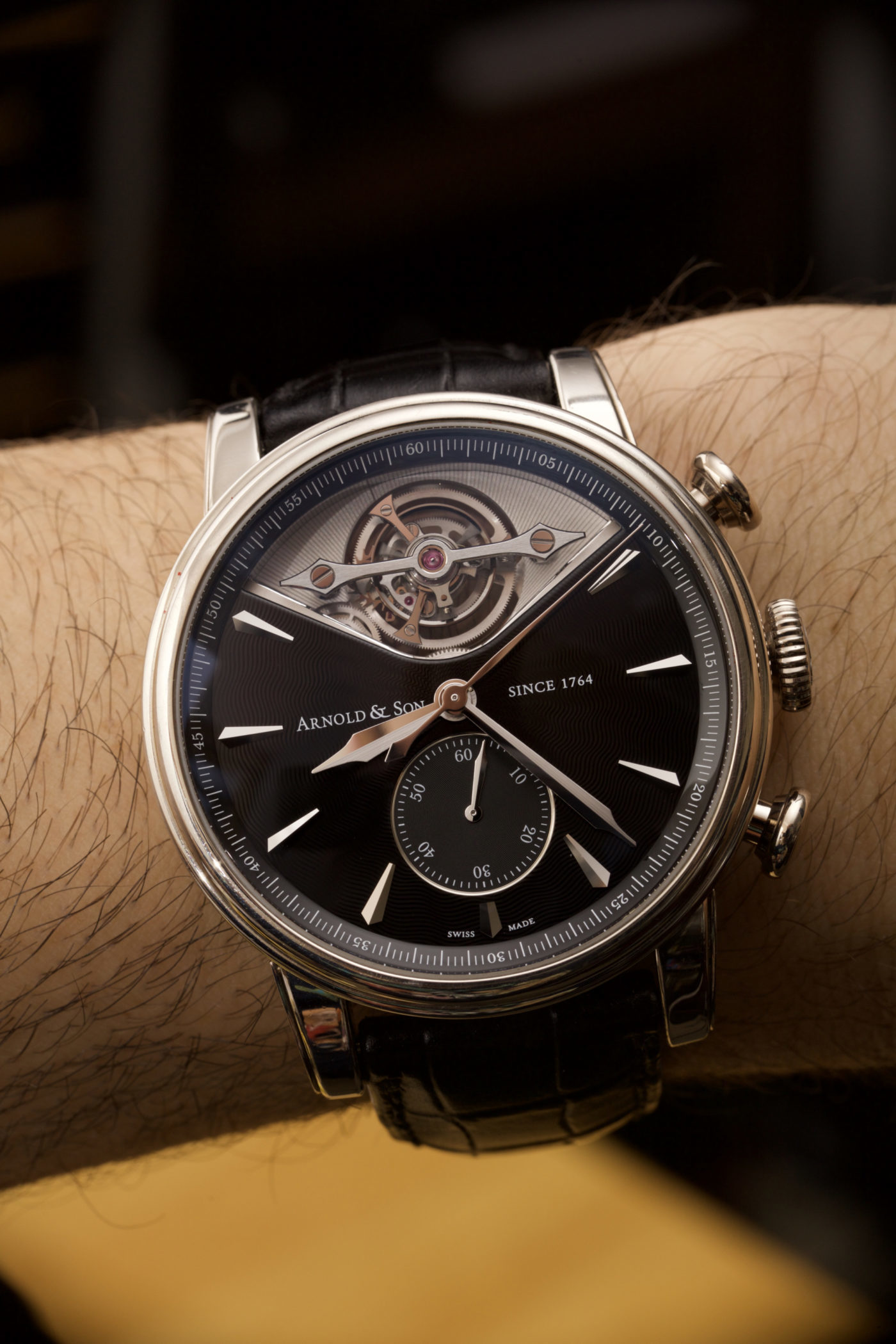 If you’re a fan of horological history, John Arnold and his eponymous brand fill a fascinating chapter (or several) in the history of watchmaking. Arnold was one of the many intrepid watchmakers in the 1700s competing to solve the problem of longitude through the creation of high-accuracy time pieces (for a gripping account of this period, with plenty of politics and intrigue, Longitude by Dava Sobel is worth a read). Throughout his career, Arnold amassed patents and watchmaking firsts, including patents for a detent escapement, bimetallic balance, helical balance spring, and he produced the first timepiece to be called a chronometer. Arnold’s son followed in his father’s footsteps and eventually apprenticed with Abraham-Louis Breguet — the Arnold & Son designation was well-earned. 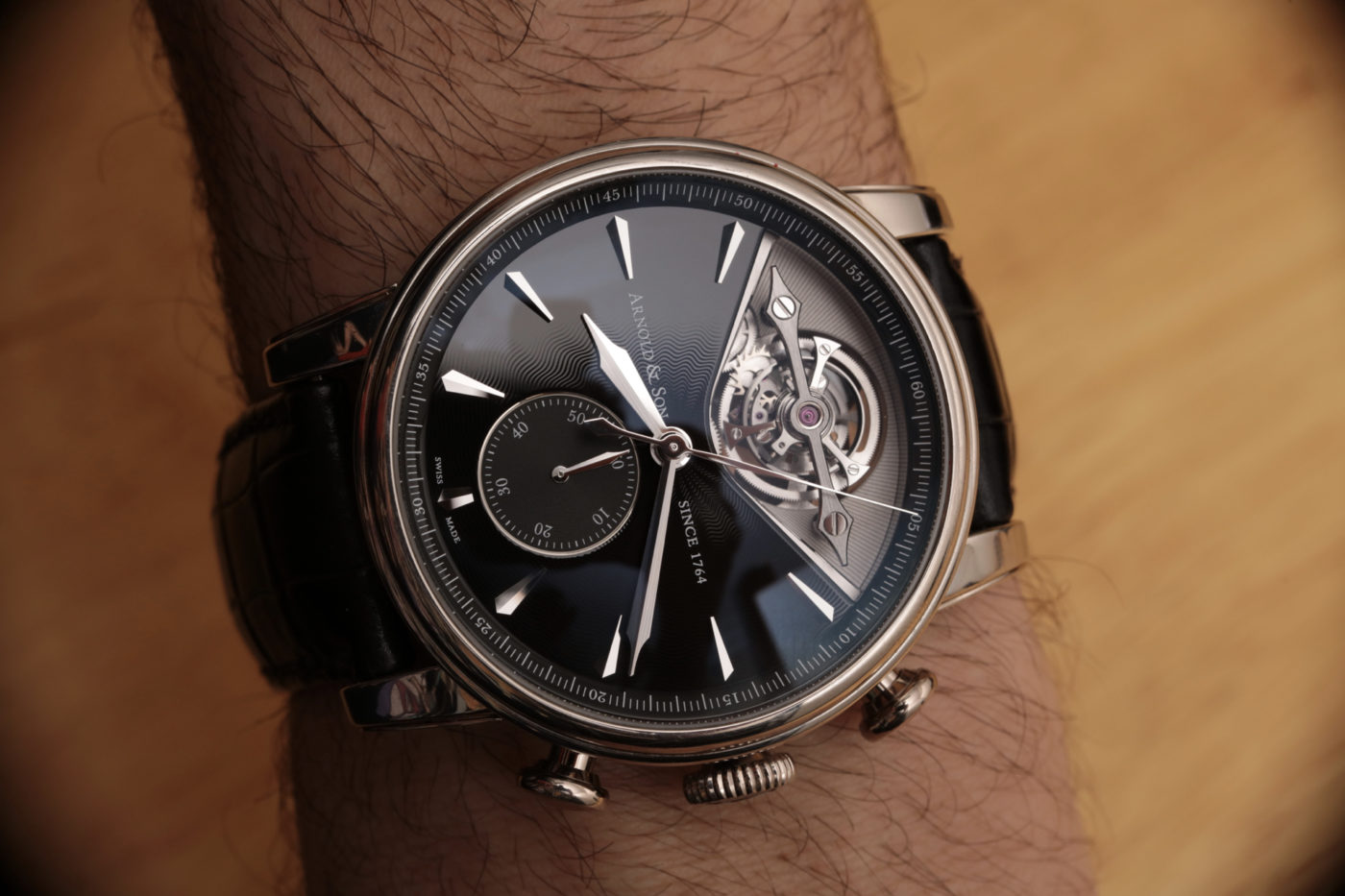 All that is to say that Arnold & Son has a rich and fascinating history from which to draw inspiration. The TEC1 is part of Arnold & Son’s Royal Collection — this is a series of watches meant to evoke the spirit of watches created by John Arnold for King George III and members of the royal court. Equipped with an in-house movement that combines a tourbillon, column-wheel chronograph, and automatic winding, it’s hard to argue that this isn’t a watch fit for a king. 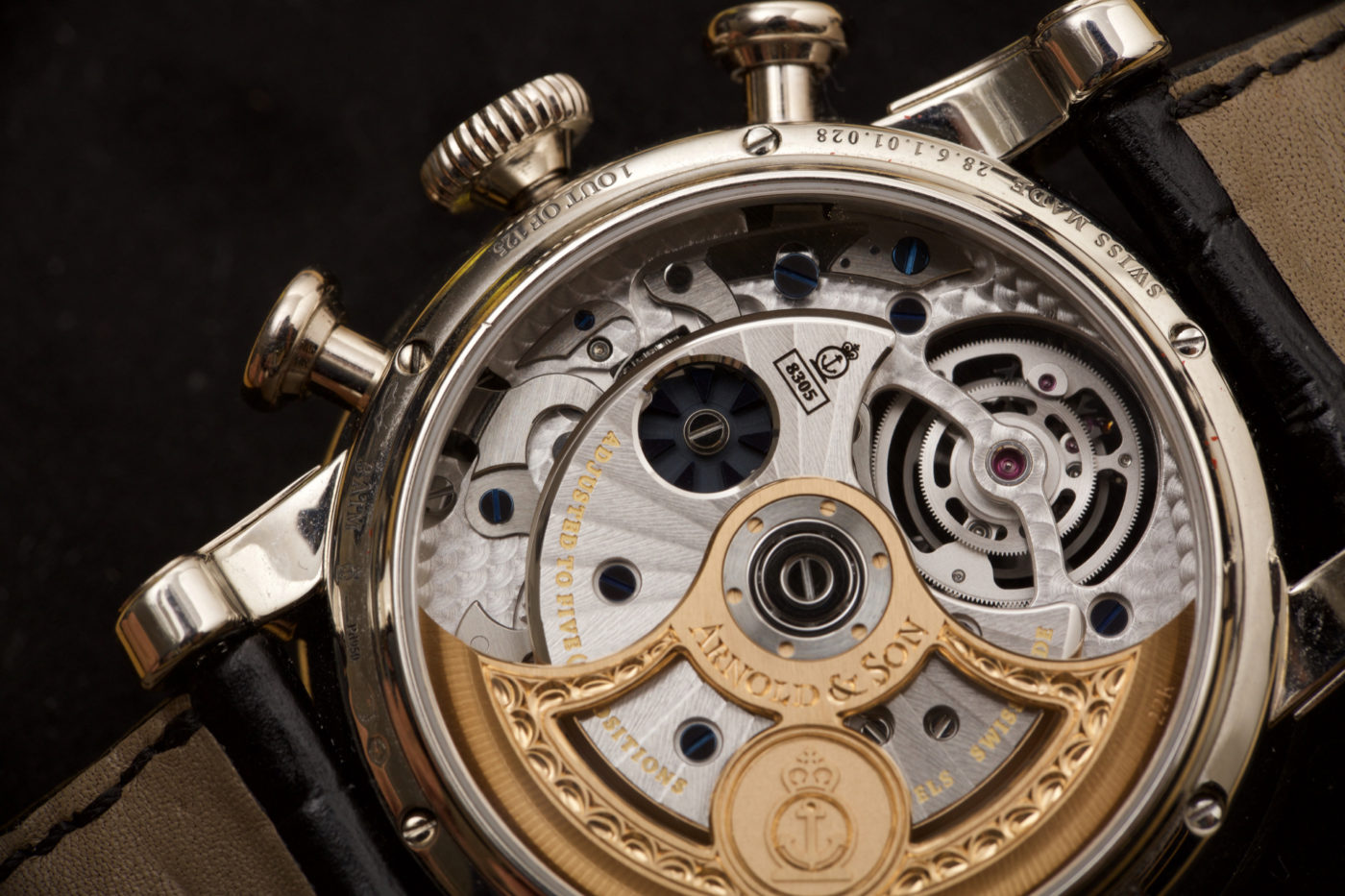 This particular model features a 45mm palladium case and black guilloché dial. For those unfamiliar with the element, palladium is in the platinum group of metals so is similar to platinum in many respects, but it has a lower density and, hence, slightly less heft on the wrist (though the difference is minimal). What palladium does is provide you with a unique an uncommon precious metal that shines in the familiar silvery-white of platinum, and it looks stunning on the wrist. 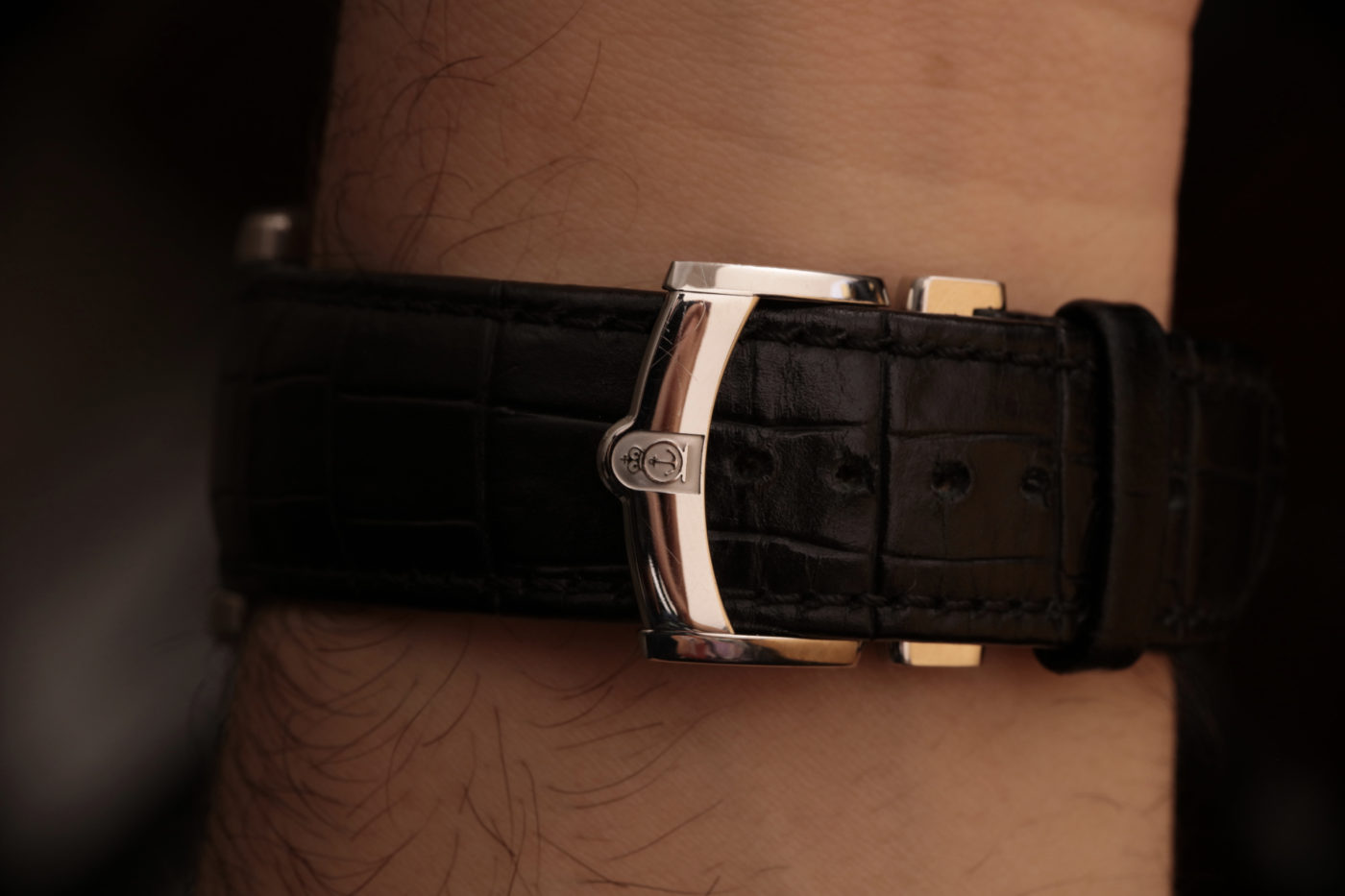 The TEC1 is a visually striking watch in many respects, but the tourbillon set center stage at 12 o’clock is the star of the show. Framed in an almost Art Deco aperture between 10 and 2, the tourbillon creates a dramatic effect that stands in contrast to the more subdued styling of the rest of the dial, with palladium markers and hands and a 60-minute counter at 6 o’clock. As expected, the finishing is superb, and the visual effect is one of classy opulence. It’s everything the Rolex “Rainbow” Daytona is not. (Whether that’s a good or a bad thing is up to you.) This watch is likely to appeal to enthusiasts whose tastes run to the likes of traditional offerings from A. Lange & Söhne and Patek Phillipe. 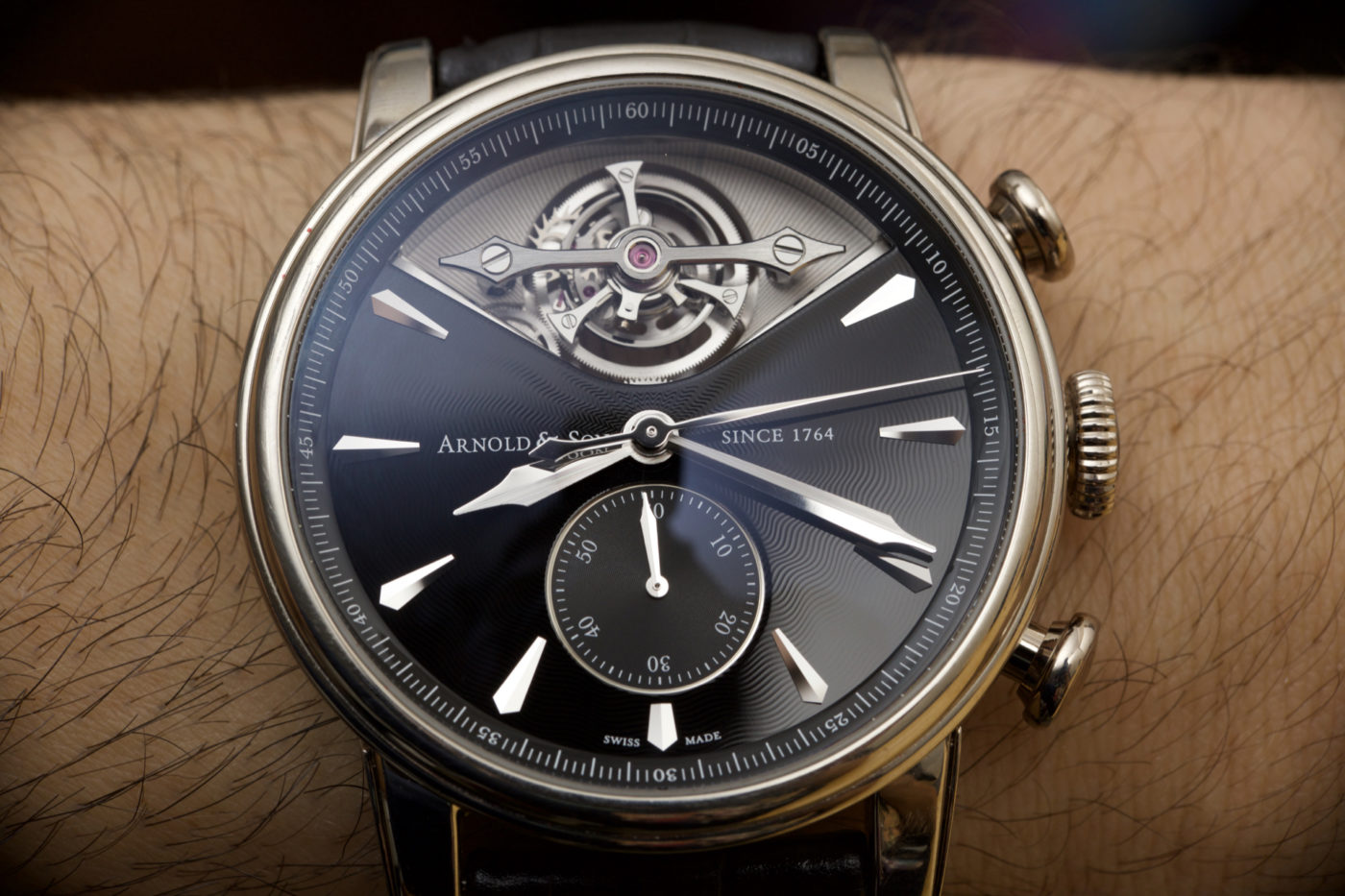 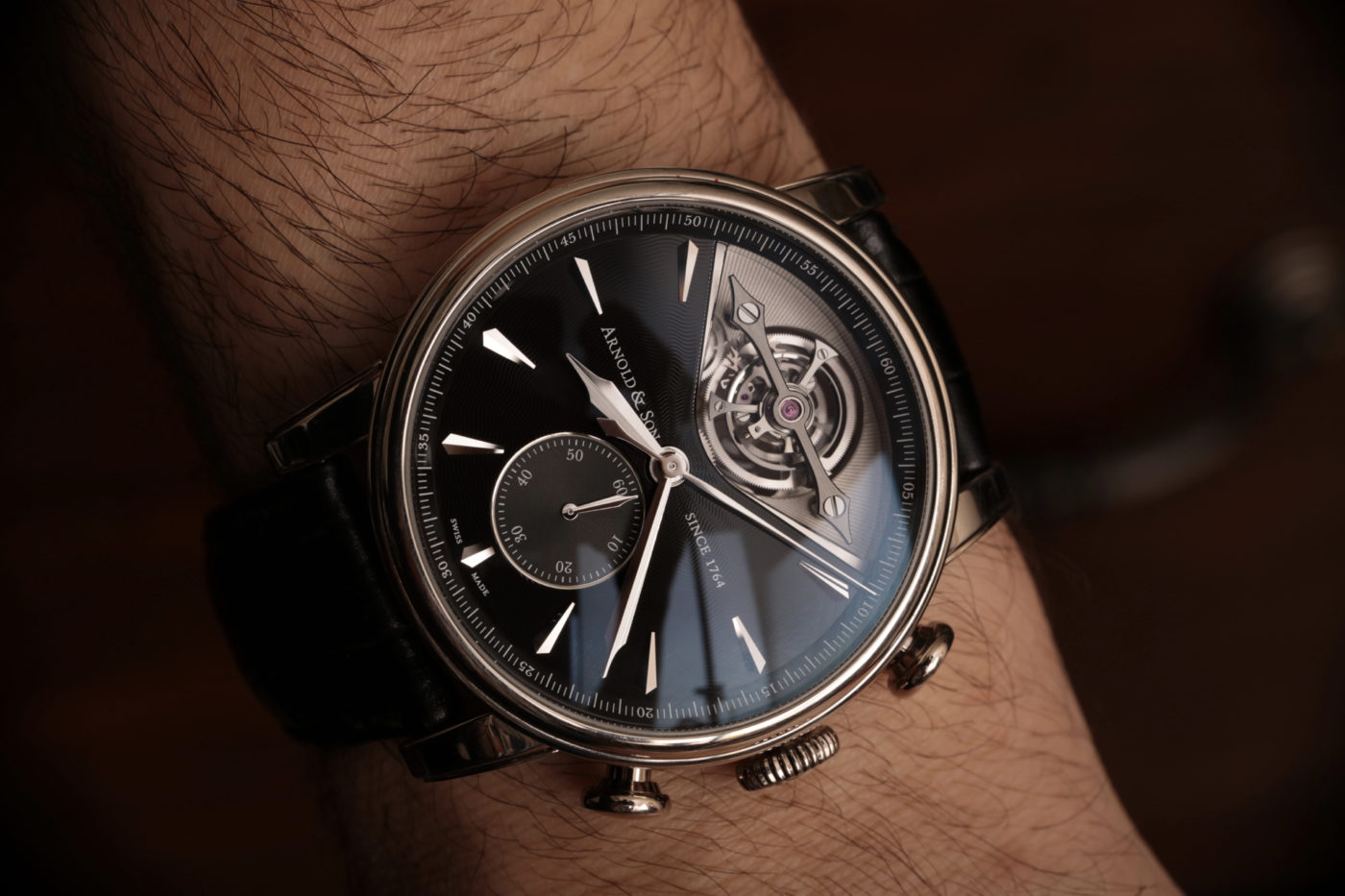 This isn’t a watch that wears small and subtle; it’s a 45mm precious metal watch with a tourbillon, after all. But I keep coming back to the inspiration of the piece — what would John Arnold create for royalty today? The watch would need to be luxurious (palladium), exclusive (tourbillon), display a penchant for action (chronograph), and have complexity and machinations hidden from the public (gorgeous decorated in-house movement). Perhaps I’m overthinking it, but it certainly fits. 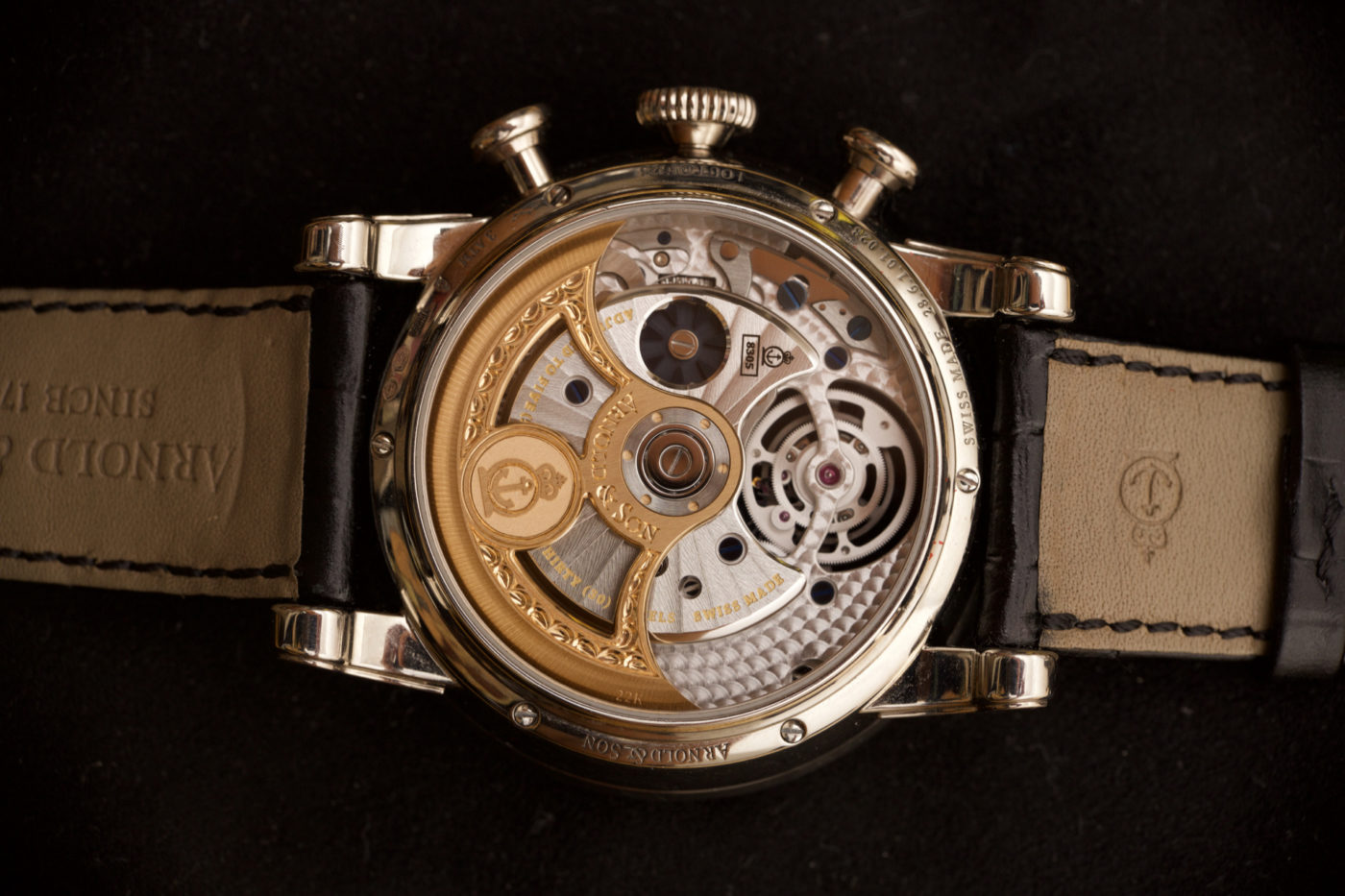