At The Maurice Lacroix Watch Manufacture 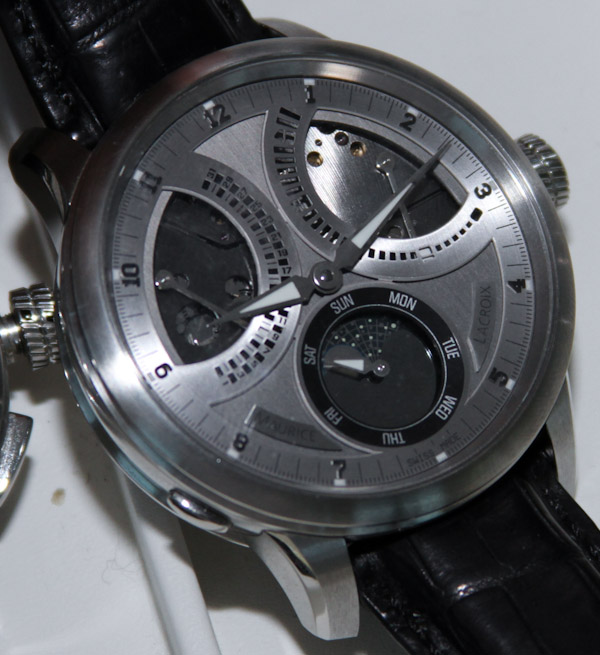 A few months ago I got to visit the Maurice Lacroix watch manufacture in Saignelégier, Switzerland. No, I still can’t pronounce the name of the city, but the building itself was surprisingly modern and well-designed. While relatively new, Maurice Lacroix as a brand is also pretty new in the scheme of other Swiss watches in the area. The brand was founded in 1975 with ties to the area going back to the early 1960s I believe.

What you need to know about Maurice Lacroix is that they are among the few Swiss watch brands that aim to have an independent spirit, but also a sense of affordability to their products. It is true that they have strived to push themselves upmarket in the last few years, but at heart they still want to be the Swiss watch brands for everybody. 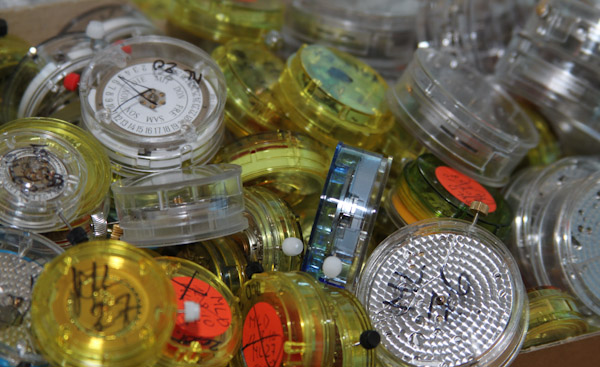 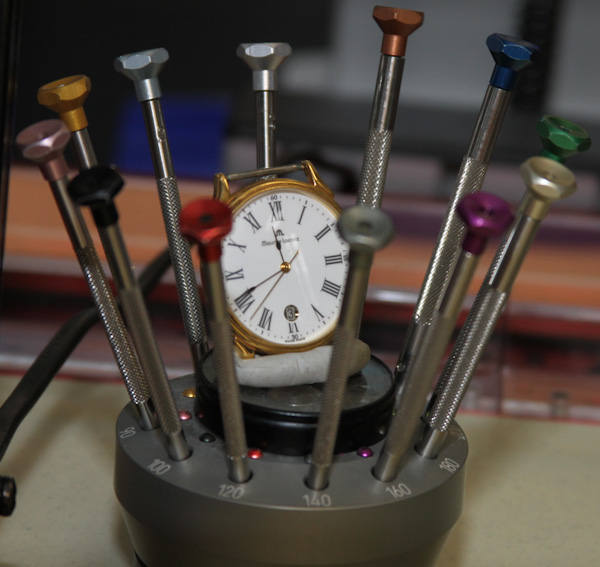 A picture in this article shows a pile of movements cased in plastic housings. I snapped that picture ‘as is’ in the manufacture showing a large amount of ETA movements sitting like candy in a large bin. The majority of Maurice Lacroix’s watches use ETA’s movements which find happy homes in ML’s watches. Maurice Lacroix is proud to feature many different ETA movements (both mechanical and quartz) in many (but not all) of their timepieces. While things might have changed in the last few years due to the Swatch Group’s change in movement supply policies (ETA’s owner), a former ML CEO was quoted as saying that the Swatch Group, while technically a supplier and a competitor, is a very fair competitor. It is true that while there is animosity among many in the Swiss watch industry, there is also a rich amount of camaraderie that I am happy to notice.

Still, Maurice Lacroix is not solely a brand that uses other people’s movements. In 2006 they released their own in-house made movement, and have been continually working on the concept ever since. Entire collections of Maurice Lacroix watches are made using in-house made movements that use a lot of in-house made parts. Being a true manufacture helps to boost the brand’s image and offers their most serious fans some very attractive products. In comparison to many manufacture’s I’ve been to, there was a calm sensibility within the modern walls of the manufacture with watch makers who seemed friendly and talkative. A fun fact that Maurice Lacroix will likely not appreciate me sharing with you is that right behind the manufacture is a traditional Swiss cemetery – and accompanying view. If you see a tombstone style case or hands on an future watch… you’ll know why. 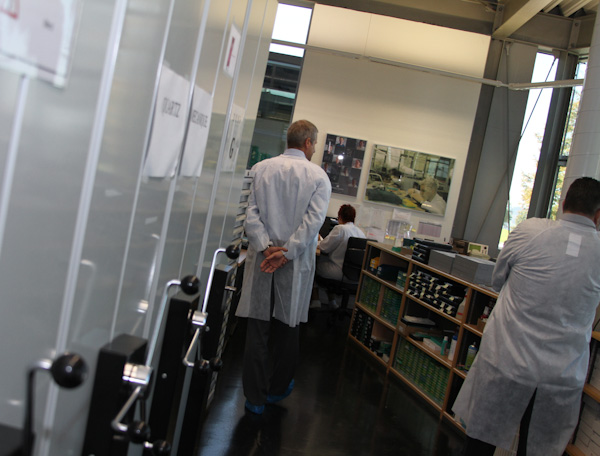 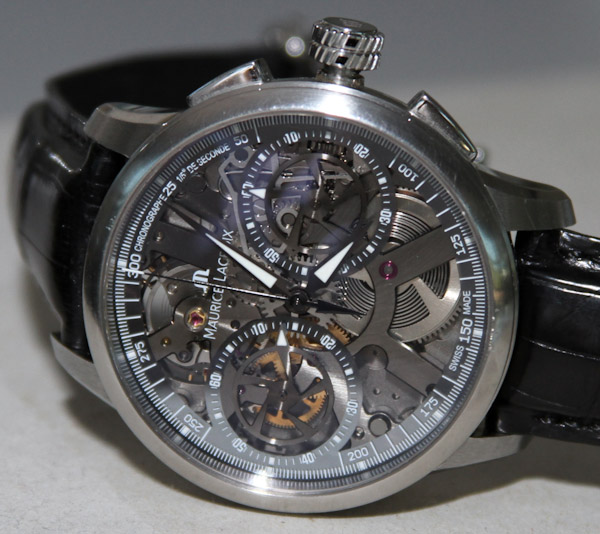 Down the road from the Saignelégier plant is a smaller facility that is also owned by Maurice Lacroix. It is called La Manufacture des Franches-Montagne, and this subsidiary company makes small parts not only for Mauric Lacroix, but for many other high-end (to extremely high-end) brands. This extremely sophisticated little place specializes in the manufacture of very complex little parts that require extreme precision. Using an array of special CNC machinery, many serious brands rely on the modern production capabilities at LMDFM to make certain parts of their watches that would be too difficult and expensive to do in-house. As the facility opened in the last few years, the LMDFM  gave me a chance to check out some of the latest machinery (including some cool robots) being used in the watch industry to bring modernly designed watches to life.

We tend to take for granted many of the impossibly small parts that go into watches. I don’t just mean movement parts either. Case and dial components can just as difficult (if not more) to produce, and the machinery will allows for it is just as impressive. The newest CNC machines for example can cut in a dizzying array of axises, and do so with incredible precision. Though being able to program them and figure out how they work is still a highly specialized and time consuming task. 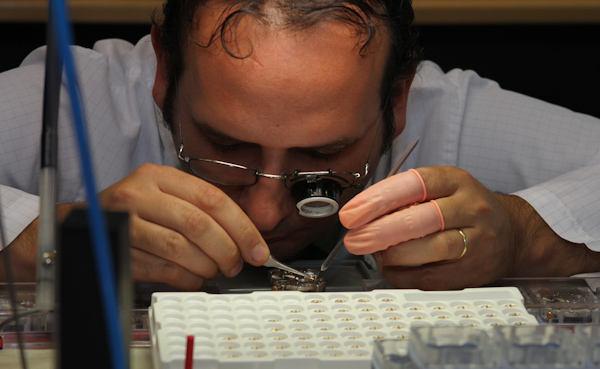 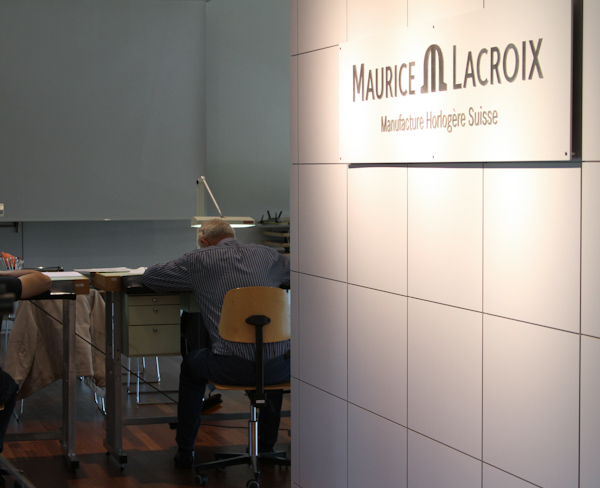 A good example of modern technology making a watch concept work in reality is with Maurice Lacroix’s Masterpiece Roue Carree Seconde watch. This is the watch that uses two exposed moving gears on the dial that are not round (as the seconds indicator). Years ago mathematicians proved that you could have non-round gears work together, though putting them into watches has not been done before Maurice Lacroix. Why? Well the reason as I understand it is that the precision needed to cut gear teeth in the right way apparently didn’t exist until pretty recently. The watch model uses Maurice Lacroix’s in-house made ML 156 mechanical movement.

In the US I believe that the brand’s most popular watches are those in the Masterpiece and Pontos collection. Though Maurice Lacroix has quite a large family of timepieces in a range of families (for both men and women). I am a big fan of their large-size limited edition skeletonzied chronograph watches, as well as the Pontos Decentrique pieces. While prices for the coolest watches are a bit higher overall than they would have been several years ago, the overall collection of Maurice Lacroix watches is much cooler these days it was in the past. 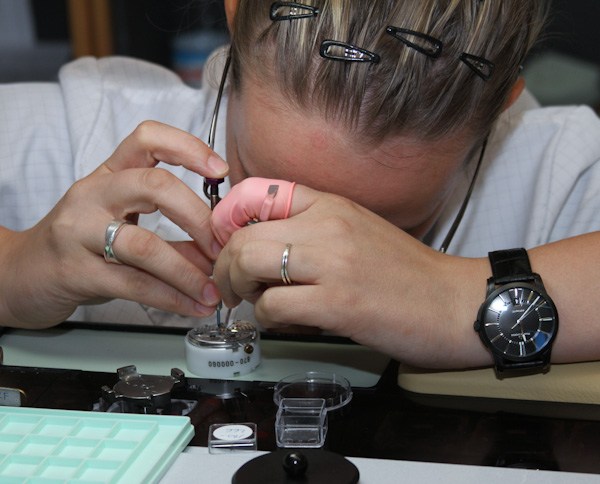 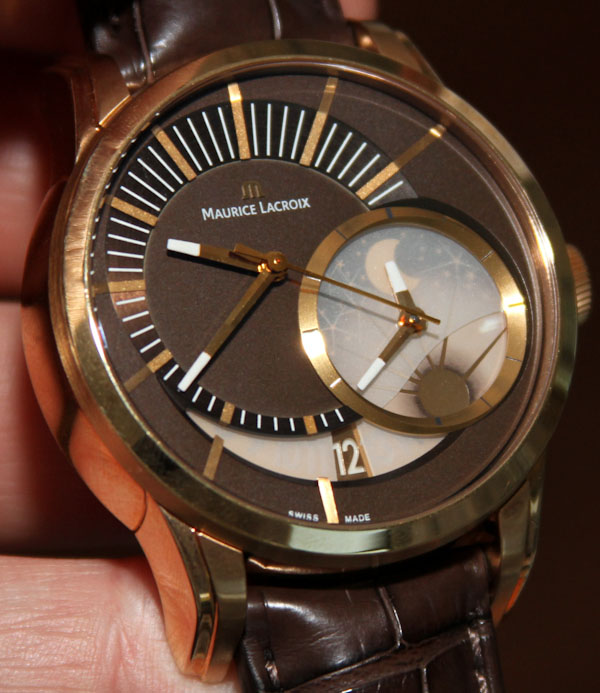 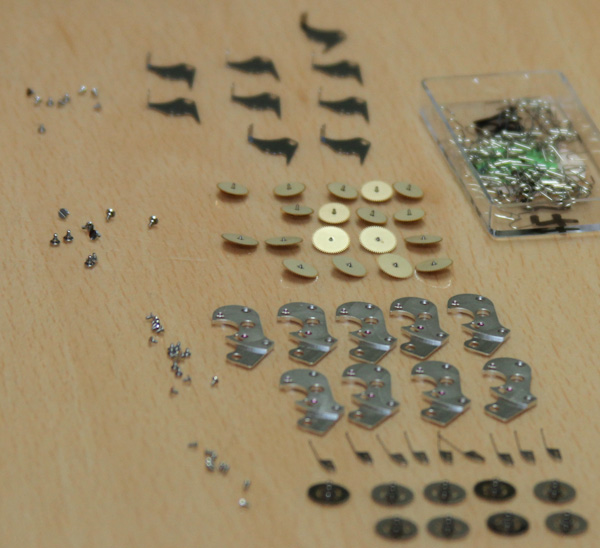 The brand’s product has really moved around from being a mainstream watch to an avant garde watch, and back again to something in the middle. Their modernly designed dials and cases are however here to stay in addition to their more classically inspired pieces. The brand has a pretty solid base of conservative customers looking for nice, but not ungodly expensive watches, but as a (mostly) independent brand that need to get attention and respect for being more than just a solid watch maker. Design and glitz does a long way these days.

I did like seeing so many Maurice Lacroix watches on the wrists of the people working at Maurice Lacroix. While that might seem like an obvious thing, it isn’t. At many brands you don’t see the watches people are making on their own wrists (save for the executives). At Maurice Lacroix many of the employees even had older Maurice Lacroix watches on their wrists – showing that it was not just a matter of the brand giving out pieces to their employees. While I believe in a free workplace – if I were running a watch maker I would highly encourage employees to get into the spirit of things and wear the brand’s watches (yes, especially if they were $100,000 pieces). 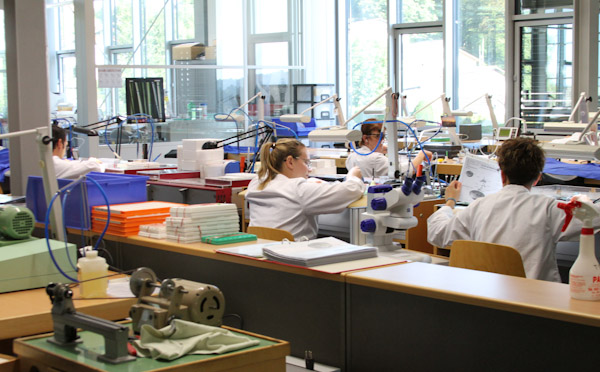 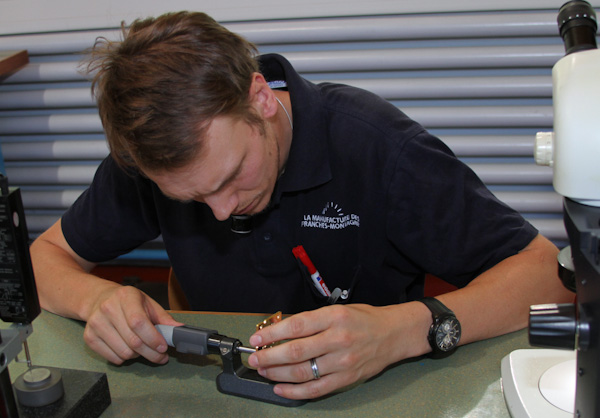 Recently Maurice Lacroix received a new CEO. Actually, his official title is “Managing Director.” Maybe that is a good idea because people in the watch industry with “CEO” titles are sometimes prone to going a bit insane. The real reason for the title is due to the complex business entity and shareholder structure of the “Maurice Lacroix Group.” The new guy is Marc Glaser, and I am curious to see what will happen next in the brand. What is interesting is that while the ML manufacture is in Saignelégier, the business headquarters is in Zurich. Having a bigger city executive team does of course effect how a brand operates and the products they end up designing.

Glaser has actually been at the brand for the last several years so I assume we will end up seeing a lot of the same in the long run. Though I anticipate some retro-themed designs, more sport watches, and of course a big focus on Asia over the next few years. As a consumer I think Maurice Lacroix is a good brand to look at if you are interested in pieces from the $2,000 – $6,000 price category. They do have more expensive watches, but I think their strongest value offerings are in that range.