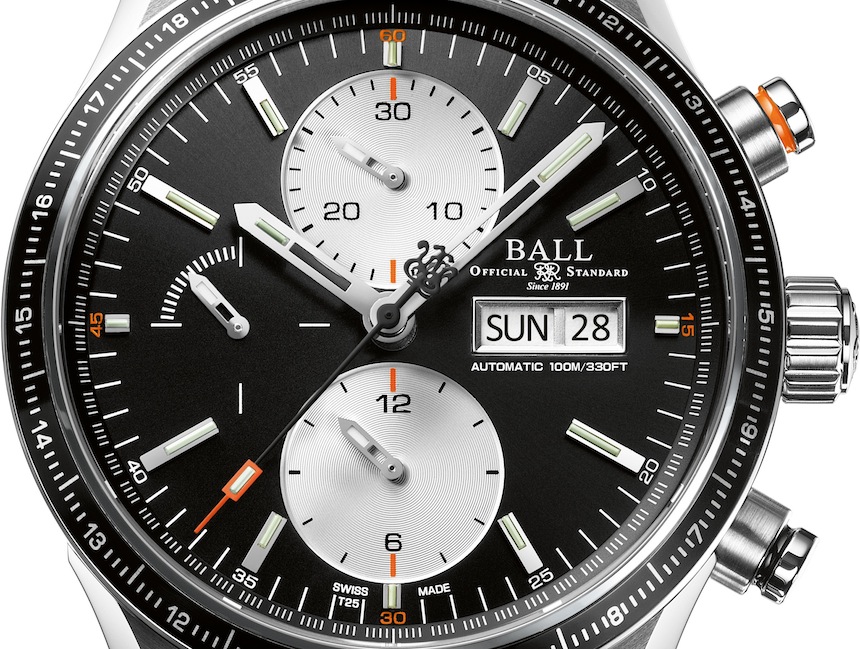 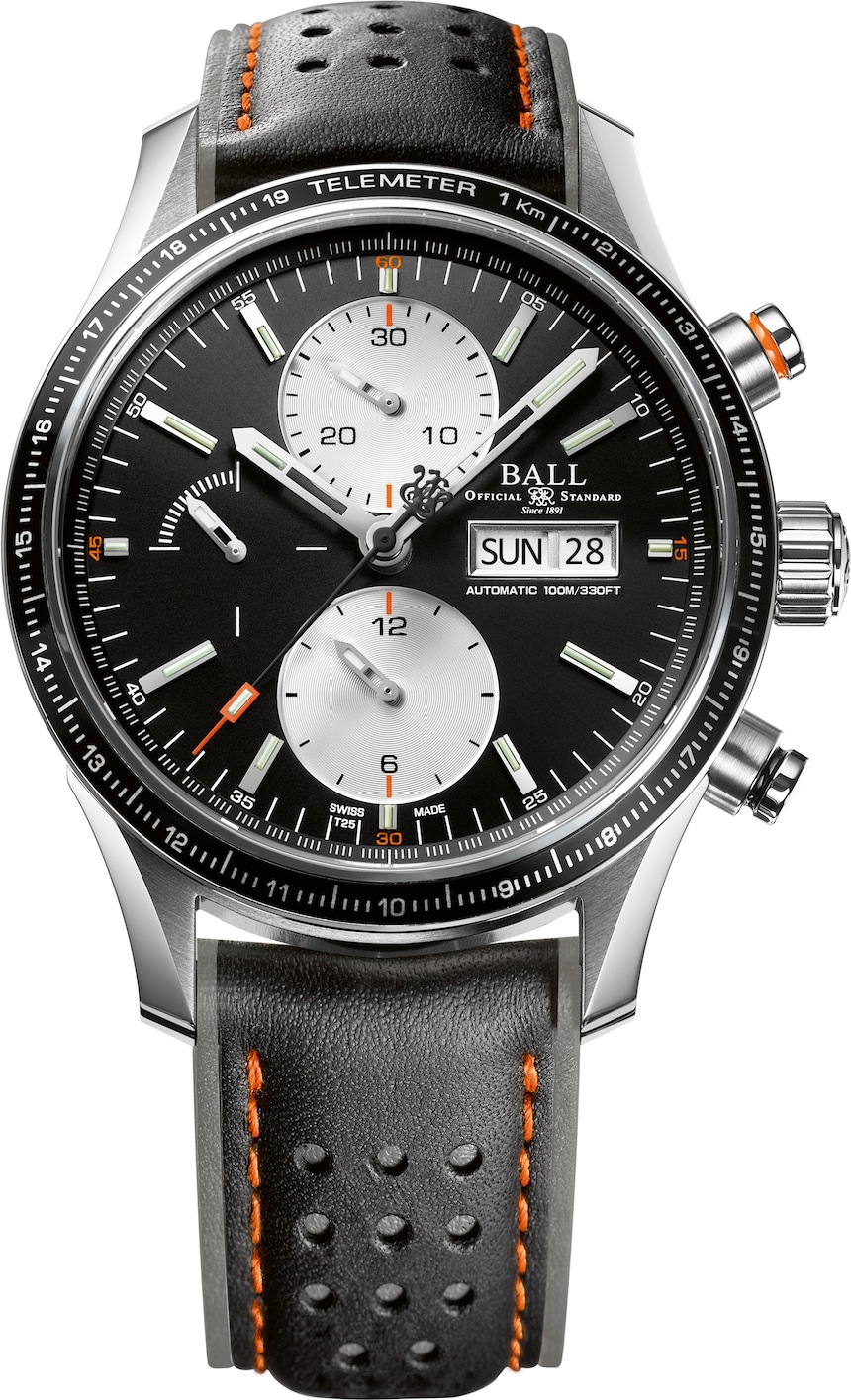 Now that we are all knee-deep in Pre-Baselworld news, Ball has announced one of their new models in advance of this year’s fair. Called the Fireman Storm Chaser Pro, this new chronograph is a distinct variation from the Storm Chaser and Storm Chaser DLC models we’ve seen in the past. Borne of a partnership with notable storm chaser, meteorologist, member of the Ball Explorers Club and Ball Ambassador, Dr. Joshua Wurman, the Storm Chaser Pro brings a new case size and bezel design to this lineup of glowing sports chronographs.

At 42 mm wide, the Storm Chaser Pro is actually a bit smaller than Ball’s current 43 mm Storm Chaser. With a steel case, the Storm Chaser Pro will be available with a black, grey or white dial and will feature a full compliment of 18 glowing 3H micro gas tubes which provide continuous low and no-light legibility. A signature Ball element, these glowing tubes do not need to be charged by available light like conventional paint-based luminous applications. Instead, these tiny glass tubes contain a small amount of radioactive tritium gas which sheds electrons that react with a luminous element inside the tube. The result is a safe, constant and steady glow that lasts for many years (the output is based on the half-life of the tritium). 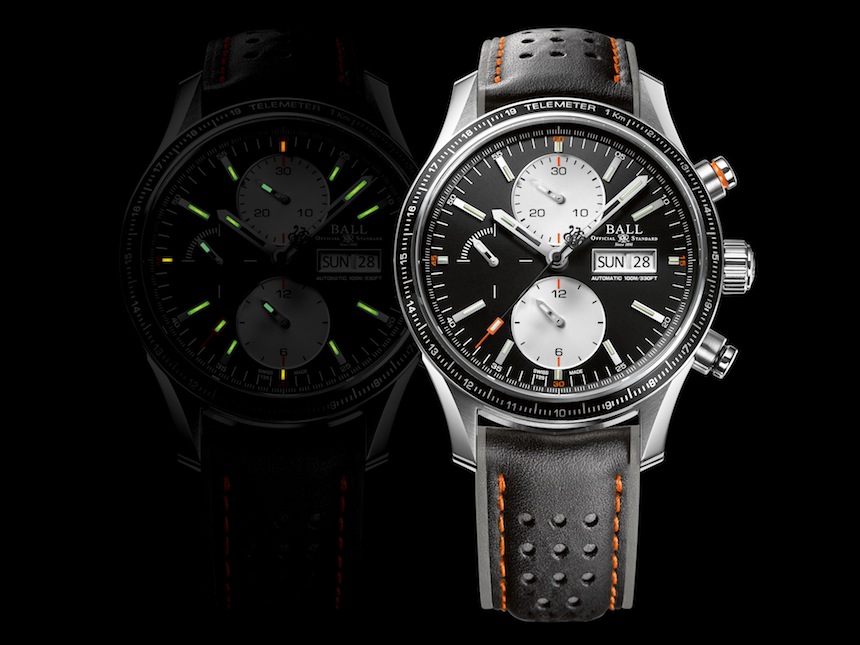 The dial of the Storm Chaser Pro has also been simplified to provide enhanced legibility and usefulness in the meteorological space. The bezel now boasts a telemeter scale, which can be used to measure the distance between the user and a lighting strike. The chronograph is started when the user sees a lightning strike and stopped when the user hears thunder. By using the telemeter scale and the measure shown by the central chronograph seconds hand, the user will have a distance reading that is accurate to the nearest kilometer. The chronograph start/stop button features orange detailing that we can see matched on the tip of the chronograph seconds hand and the stitching on the included black leather strap.

The Storm Chaser Pro uses Ball’s RR1402 automatic chronograph movement, which is essentially an ETA 7750. With day/date, running seconds at nine and a maximum measure of twelve hours, the 7750 is about as ubiquitous as a movement gets and has a reputation as an absolute tank. With a dial design that offers maximum space to the chronograph measure and telemeter scale, the Storm Chaser Pro has Ball’s usual blend of refined details and toolish purpose, including shock resistance up to 5,000Gs and 100 meter water resistance.

We are always interested to check out any new model from Ball, as they are a brand that just does things their own way, keeps an eye on details and their micro gas illumination system always brings a smile. With a US list price of $3000, the Ball Fireman Storm Chaser Pro is one watch that we are definitely excited to check out in person later this month at Baselworld. ballwatch.com