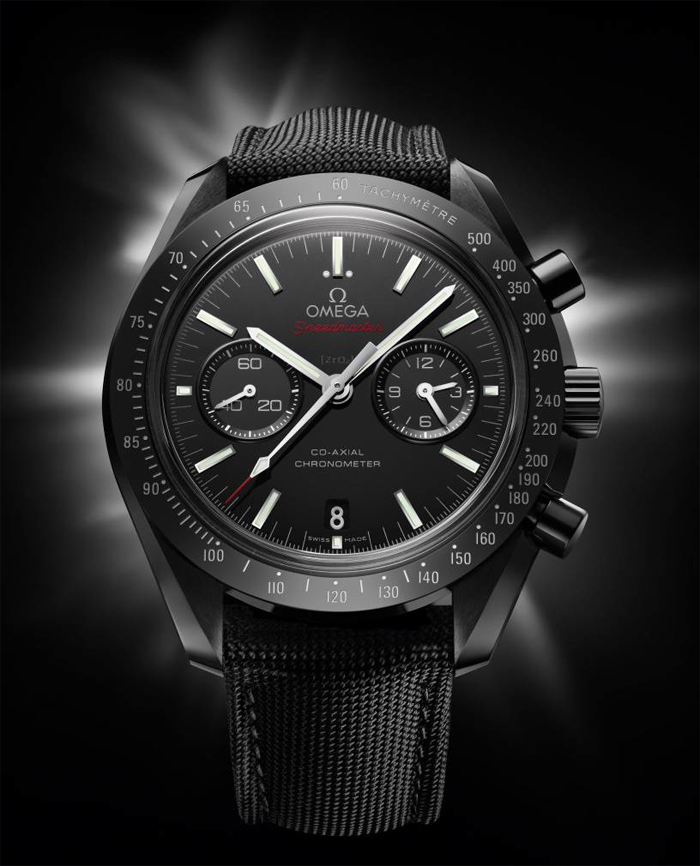 Baselworld 2013: Omega Speedmaster Dark Side of the Moon 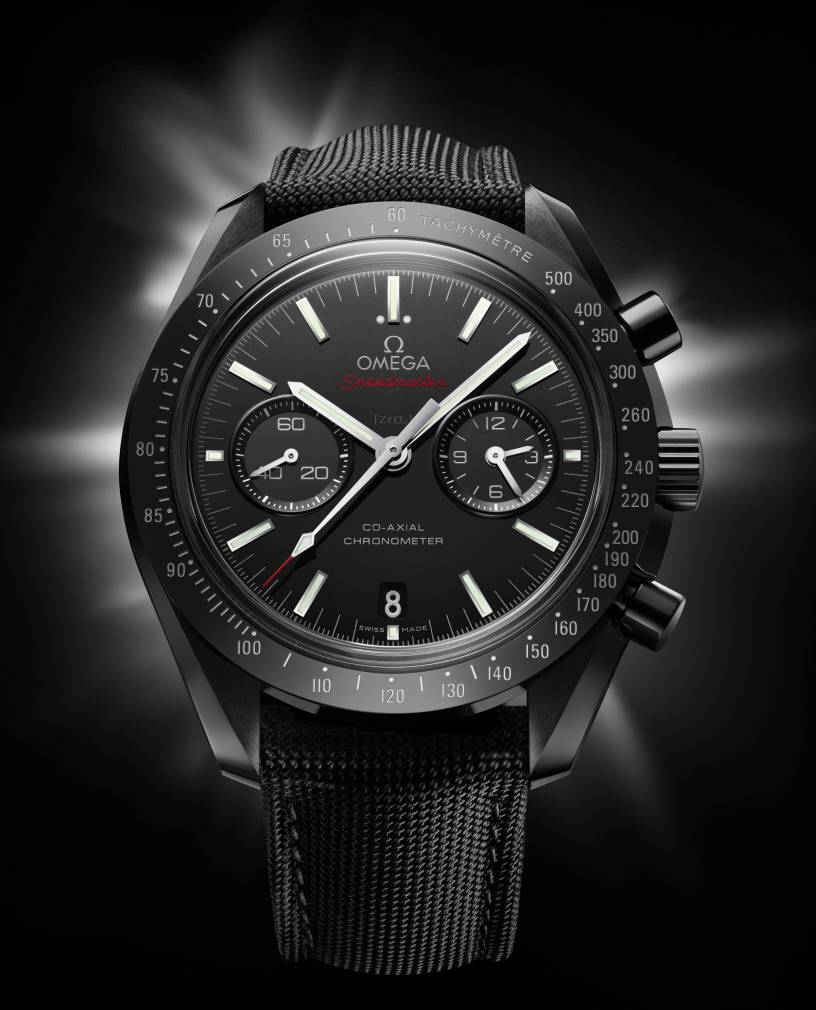 Welcome the all black ceramic Omega Speedmaster. This must be some kind of PR trick, putting tantalizing images online and then taking them down quickly, but with just enough time to let a few people have a sneak preview.

Seems that enough information has gotten out that I think Omega knows they have something really special to tease Omega fans everywhere. The new Omega Speedmaster Moonwatch is coming, and from the way things look, it’s one pretty watch. The name says it all.  The name, “Dark Side of the Moon,” pretty much refers to the fact that this is a bold black watch that just looks simply stunning. See a full aBlogtoWatch Omega Speedmaster watch review here. 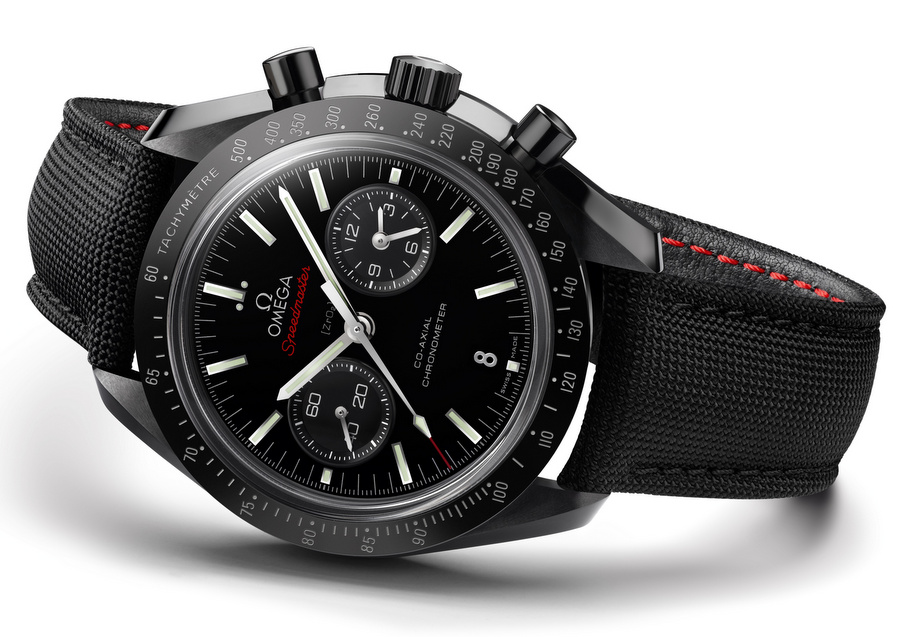 Materials-wise, this is one high tech extravaganza of a watch. The headline feature, of course, is the black ceramic used extensively on this watch, including the case, case-back and chronograph pushers. The dial is in black zirconium oxide ceramic with two blackened sub-dials. Case size is 44.25mm, and the applied indexes are white gold, while the red-tipped chronograph hand is rhodium plated.

Everything else is what we have come to expect with the standard version of this watch, otherwise known as the Speedmaster Moonwatch Omega Co-axial Chronograph with the in-house made Co-Axial caliber 9300 automatic chronograph movement.  Combining all the best elements of the NASA derived heritage of the Moon-watch, then modernizing it by simplifying the dial to reduce three sub-dials to two, increasing the case size, and adding the co-axial escapement into the mix, this watch was destined to become an instant classic the moment it was released. 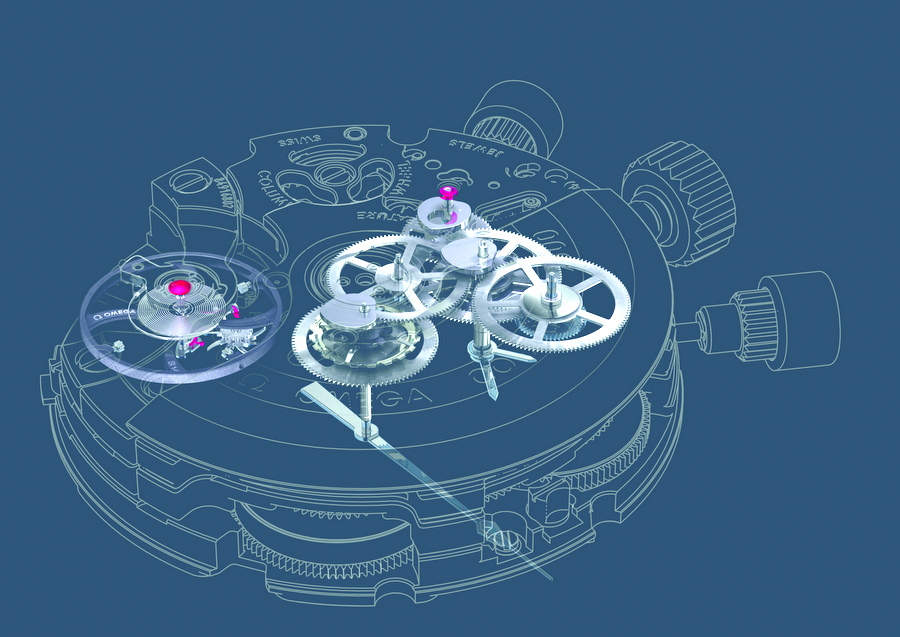 Now Omega has made it better with this special version, the Omega Speedmaster Dark Side of the Moon. In fact, these words are engraved directly on the polished ceramic case back in matte chromium nitride above the sapphire display back. I’m not sure if the name is a reference to the Pink Floyd album “Dark Side of the Moon” released in 1973, or if it is just a play on words for the black ceramic theme. Either way, the name does stand out and is certainly well chosen. 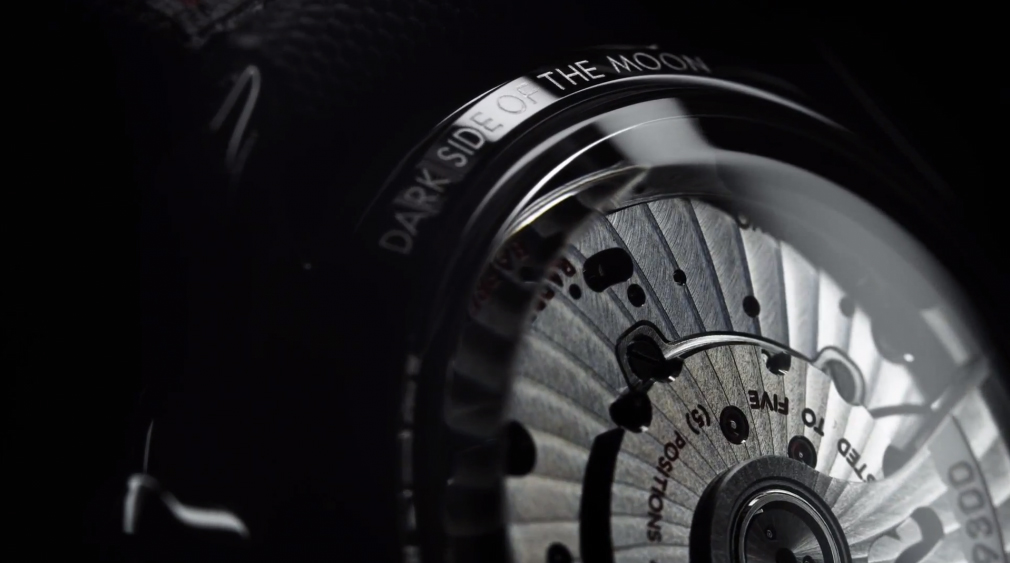 The overall package is topped off with a rugged-looking and highly durable black Cordura strap complete with a ceramic buckle as per the overarching theme of the watch. Quite frankly, as a fan of the Omega Speedmaster Moonwatches, I personally think that this is one stunning watch, and with the high-tech ceramics thrown into the mix, the space walking credentials for the modern era look to be secure. It sure would be nice to see this version on a real NASA astronaut. 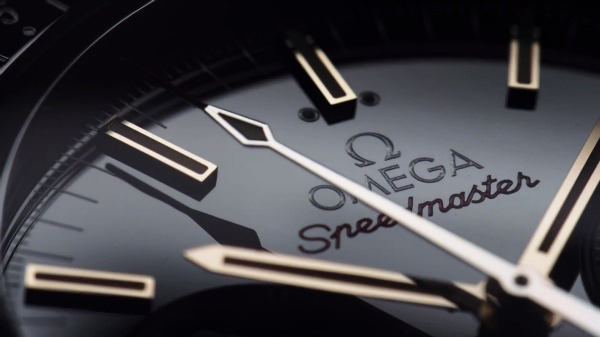 The overall package is definitely one to look out for at Baselworld 2013. Considering the buzz that Omega has already generated by the “leak” of the information on their website, this Omega Speedmaster Dark Side of the Moon will be one watch that many eyes will be on. We at aBlogtoWatch will definitely give you more details as they emerge at the official release next week. omegawatches.com