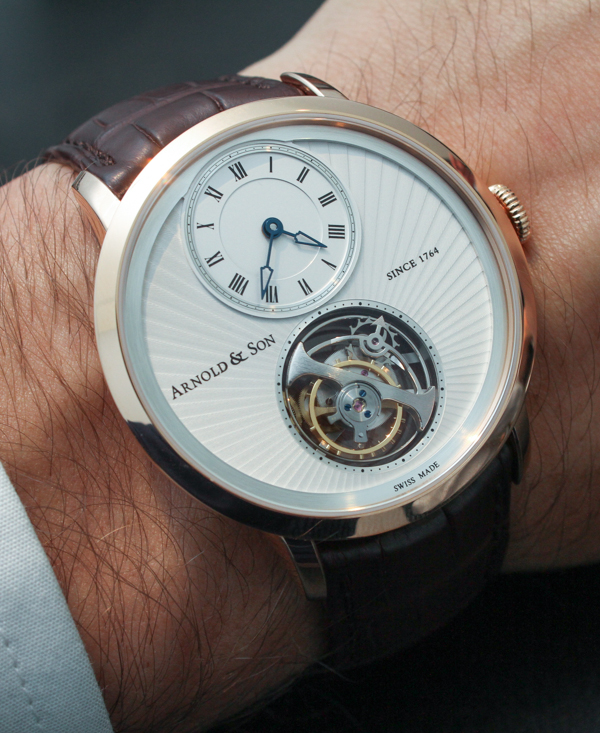 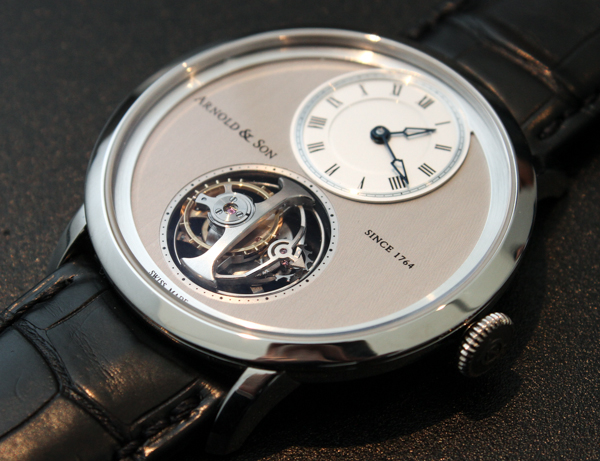 Just because Baselworld is almost over doesn’t mean we’ve seen everything yet. Today we stopped by Arnold & Son and I was blown away by their UTTE, which stands for Ultra-thin Tourbillon Escapement. Part of their 2013 range, this very limited piece comes from the same manufacturer that brought us the DBS and DBG as well as the ultra-cool Time Pyramid (which Ariel covered here). Arnold & Son makes some truly stunning pieces and the UTTE definitely ranks among my favorite dress pieces of the show this year. 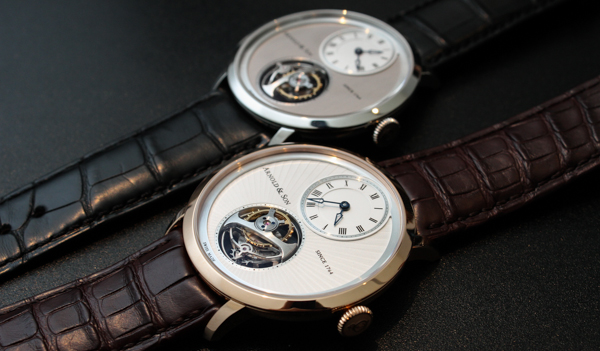 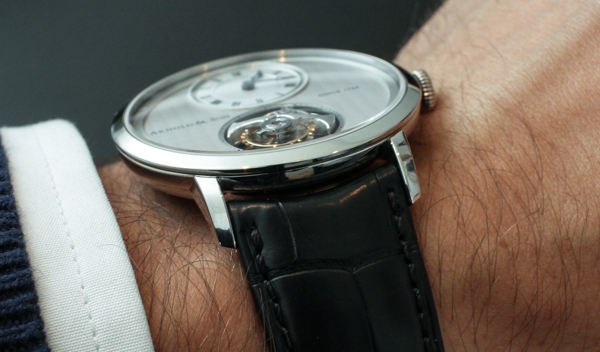 Available in either 18k red gold or palladium, the UTTE is just 8.34 mm thick, making it the thinnest tourbillon on the market today. The case is nicely proportioned at 42mm with a slim bezel and a beautiful sloping edge as it curves to meet your wrist. Jaw-droppingly beautiful, both UTTE versions offer their own dial and movement finishing which is designed to be more decorative on the red gold version and more subtle and reserved on the palladium models. 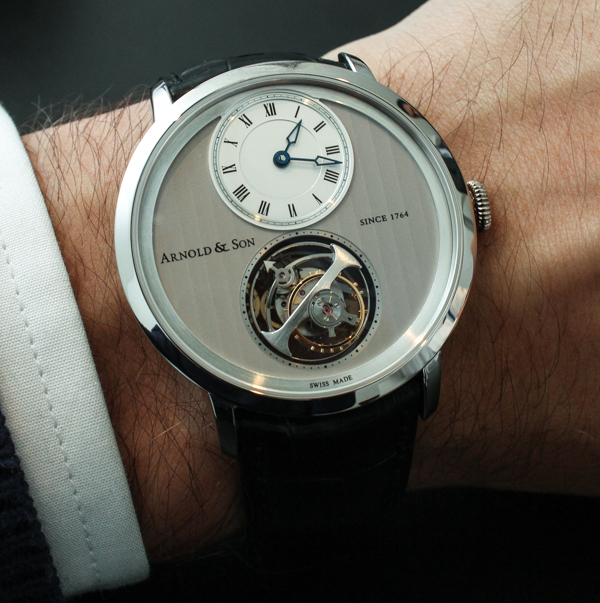 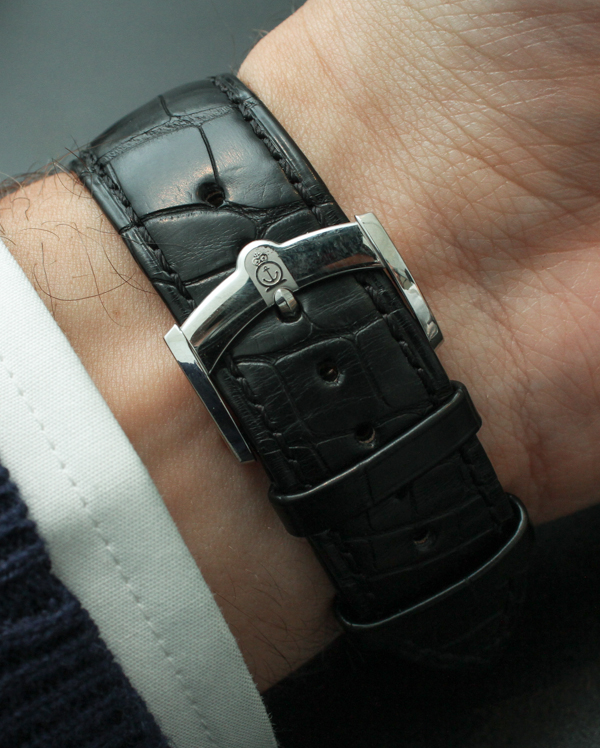 The flying tourbillon features a one-minute rotation and its hand-finished 14mm cage offers a proportionally perfect balance for the time display dial. The curved case sides, short lugs and soft alligator strap (black or brown) make the UTTE just as comfortable to wear as it is nice to look at. While I am not generally a proponent of the “just put a tourbillon on it” mentality that is displayed in so many designs these days, I think that the balanced visual effect of the dial layout for the UTTE makes for one very compelling exception. 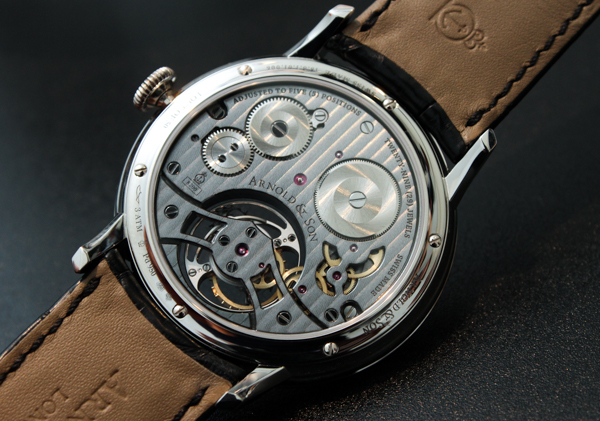 The movement, which can be viewed via the expansive display case back, is beautifully finished and offers another example of the level of attention paid to every detail by Arnold & Son. The hand-wound A&S 8200 is both designed and manufactured in-house by Arnold and Son and offers 80+ hours of power reserve. Based on nickel silver, the A&S 8200 is finished with blued screws and Cotes de Geneve. Not a massively complex view, but one that has been given all the detail and attention one would expect from a watch such as the UTTE.

Arnold & Son will offer the UTTE in palladium for $61,150 USD and the red gold for $71,500. With only 50 units being produced for each version, the UTTE has a lot to offer a high-end buyer looking for innovation, beauty, and exclusivity, all wrapped up in the thinnest tourbillon on the market. Given the limited production, precious and rare metals, and the technical execution of a flying tourbillon in such a thin caliber, the UTTE will undoubtedly be a hit for Arnold and Son in the coming year.