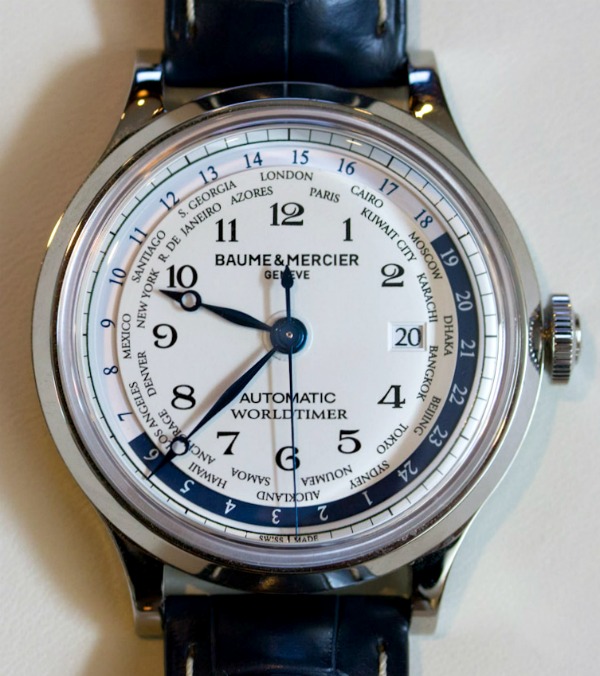 It’s like the year of the friggin’ worldtimer. Everyone and their grandma has one now and it looks like the mere GMT has been delegated to the backseat still claiming that at least Rolex likes him. Baume & Mercier is the latest watchmaker to release their version of the worldtimer with a new piece under the Capeland collection as reported by Hodinkee (image credit). B&M didn’t show it to us at SIHH because they wanted our attention on the Clifton, but the Capeland is getting extended beyond the Chronograph. Set in a 44mm wide vintage-style Capeland case, the Capeland Worldtimer has an automatic movement produced by a sister Richemont brand (which amusingly remains a secret). Looks to be rather sharp but too bad the city ring doesn’t move to make it ideal for travel. In 18k red gold and steel priced starting at $7,900. baumeetmercier.com