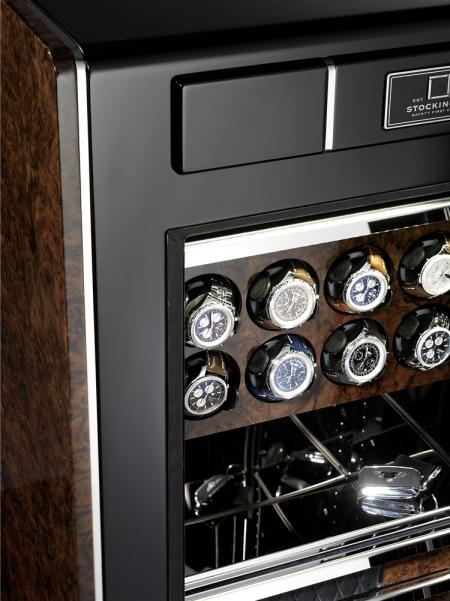 The people behind this limited edition line of Bentley branded safes by English Stockinger say that they felt traditional safes were too ugly and bland. Big rugged looking cubes that just say “eh” and sit there in a drab gray or black. Well that is true, but that was the point. They are supposed to be hidden and out of site, not to attract attention and give the idea that boring paper work is contained within only interesting and of value to the owner. Welcome the age of truly flaunting your wealth.

When you make a safe really attractive, the message to would-be thieves, is “look how expensive I am as a safe. Can you image how much more expensive the items inside are?” Yea, that is the idea, lure them with rich polished wood in a choice of finishes and materials, and well finished metals. Tease guests with kleptomaniac compulsions into considering how much explosives would just make the who thing look terrible after destruction.

If anyone just up and snatched the safe, the joke would be on them. Inside are a series of alarms and GPS trackers so that you can track down the safe (which again, is probably going to be worth more than what is inside). Honestly, even the police admit that if someone wants to steal something enough, they are going to find a way. So no matter what securing mechanism these Bentley safes have, someone will find a way to crack it if necessary. Oh, and ever tried to use your GPS in a garage only to get the friendly “cannot locate satellites: message. Is the safe going to start chirping that out to capers? 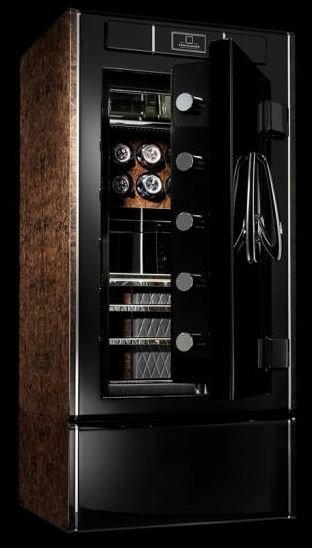 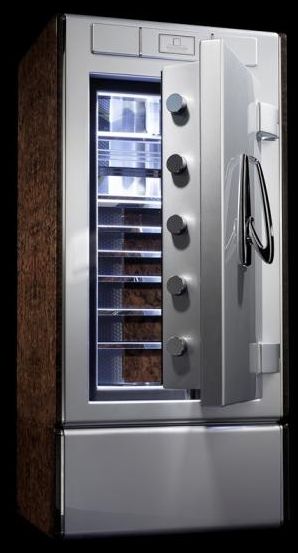 There are two versions of the Bentely Stockinger safes named after Bentley cars; The Arnage (mainly for watches) and the Continental (mainly for jewelry). There will be 200 of each, and each individual safe has many customization options as per the whims of the buyers. As the Arnage is for watches, it is of more interest to me. Inside are a series of watch winders, drawers and other places to store your unharmable watch acquisitions. Just don’t buy too many, or you’ll need to invest another tens if not hundreds of thousands on another Stockinger safe.

I am sure that overall these are right nice, but honestly, when did the market get rich for safes that suddenly then needed to be designer. My safe is so sweet it has the attitude of a Bentley with the safety… of a Bentley? It looks like the logical combination of an expensive refrigerator, armored safe, and luxury humidor, and that is just the way you are supposed to like it.

Read more about the Bentley Safe by Stockinger on their Press Release here.