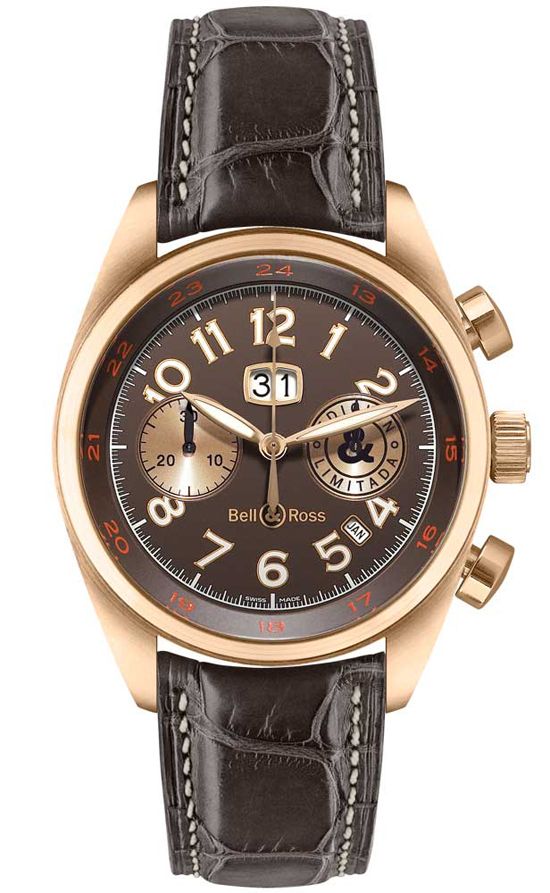 I won’t hold it against Bell & Ross that most of their retailers  didn’t quite correctly get the Spanish version of “limited edition” here. They got the “limitada” part right, but “edition” in Spanish is “edicion” (which an accent mark over the “c” that I can’t seem to figure out how to type). That is ok, because the tenor of this watch is still there. At least it is written correctly on the watch itself. The gold and tobacco tones are just what you need when wearing a fine Swiss watch while smoking a cigar.

Why a cigar? Well Bell & Ross thinks that is probably the best activity to combine this watch with. This suggestion is so overt, that they package the Vintage 126 XL in a 30 cigar humidor, complete with a humidifier. I don’t think cigars are included, but maybe Bell & Ross will throw a few in if you ask nicely.

The Vintage 126 XL Edicion Limitada is more than just a gold version with special colors. The dial is redone, as well as the hands, with a resulting watch that looks nothing like the relatively flat looking standard Vintage 126 XL of watches. I’d even venture to suggest the hands look a bit like cigars. Probably not a coincidence. Its never a good idea to overtly combine and item with tobacco products (this the omission of any words to that effect in the watch name), but the message is clear. And that is ok, while I don’t condone smoking, an occasional cigar is a gentleman’s pursuit and should be appreciated on rare occasion. Just don’t forget to wear your smoking jacket. 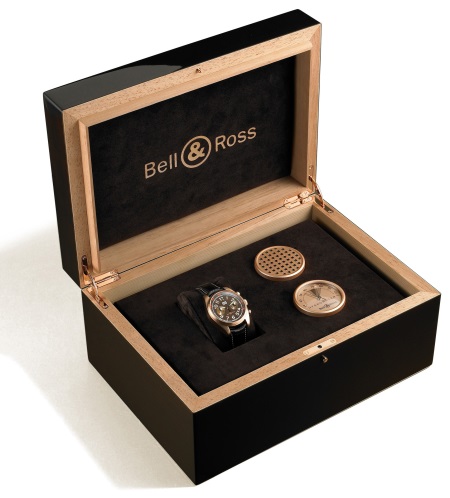 The revolving numbers around the face are similar to styles on Hermes Clipper watches, that I’ve been fond of for a long time. The browns and reds meld wonderfully with the rose gold hues of the case. Don’t take the “XL” part of the name too seriously as the watch is only 42.5mm wide. This is not small, but in today’s size standards, it is hardly XL. The standard Bell & Ross 126 size is about 37-38mm wide.

Inside you have the familiar high quality Swiss ETA 2894 movement with a 30 minute chronograph and big date module. Each integrated nicely in the bi-compax subdial design. Notice the month indicator window between “4” and “5” o’clock. The good thing about the calendar in this watch is that it is an annual calendar. That means it known the difference between a 30 and 31 day month. You only need to adjust it in February. Like most mechanical watches of this nature, you can view the movement through the sapphire window on the caseback.

The watch is placed on a brown alligator strap that matches the brown dial color of tobacco leaves. Being a limited edition of only 99 pieces, having a sophisticated movement, and a rose/pink gold case, you’d expect a very high price for this watch. Retail was about $15,000, which while not cheap, is reasonable given all the above factors. There are a few of these still available around the watchosphere. Check them out.