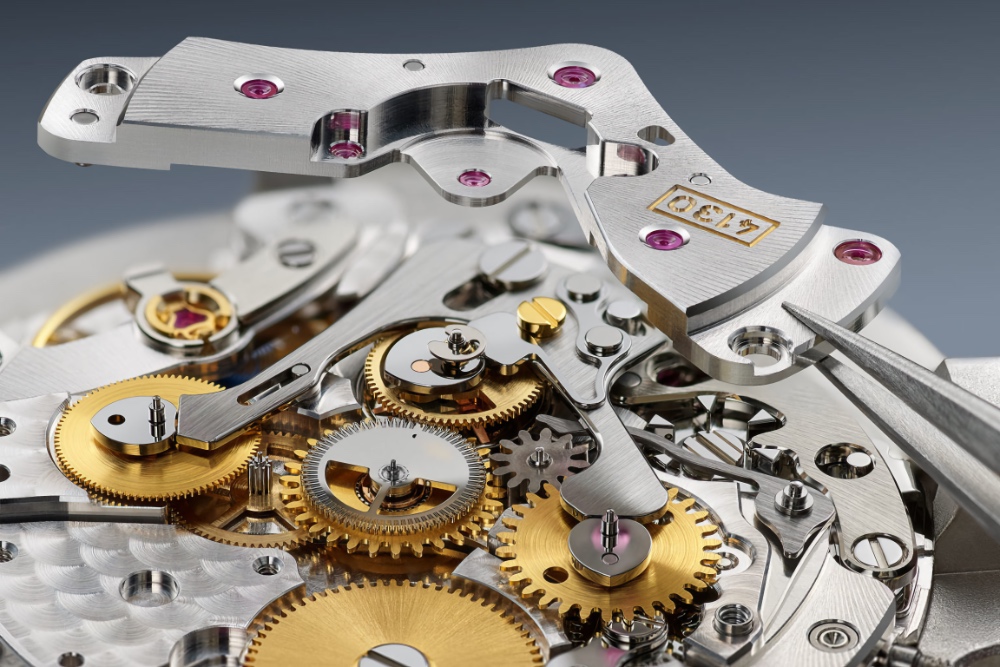 I hope everyone had a great Thanksgiving. In this roundup, we take a look at the Oris Aquis Date Calibre 400, the first Aquis to feature Oris’ newest in-house manufacture movement. Still on sports watches, we get our hands on Omega’s lightest sports, the Gamma Titanium Seamaster Aqua Terra Ultra Light — a watch that is made out of gamma and ceramized titanium and weighs just 55g. We also investigate the popularity of watch memes on Instagram and what they say about the watch industry.

From around the Web, we learn about the history and craft of making bracelets and how the pandemic is affecting the livelihood of Métiers d’Art specialists. We also learn how Rolex is constantly improving its Calibre 4130. And finally, there’s the intriguing story of Oakley’s ill-fated line of watches. 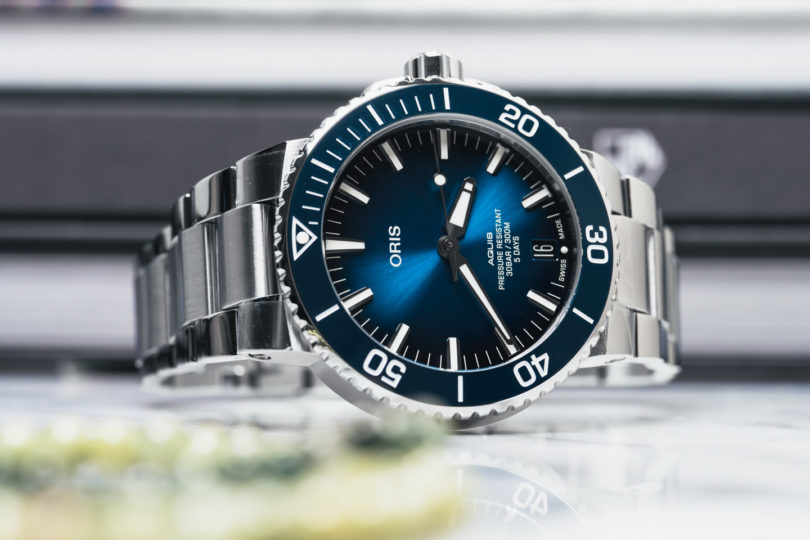 Oris’ newest in-house manufacture movement, the Calibre 400, finally has a home. And not surprisingly, it’s in a dive watch. This is the Aquis Date Calibre 400. On the outside, it looks just like an ordinary Aquis – large stainless steel case, legible dial, and beefy case. Inside, however, is the company’s new Calibre 400, which beats at 4 Hz, has a massive 120-hour power reserve, and is COSC-certified. Sadly, this watch costs more than Aquis watches that feature third-party movements. But the upside is that it still comes in at well under $3,500.

2. WHAT WE CAN LEARN FROM WATCH ENTHUSIAST HUMOR ON INSTAGRAM 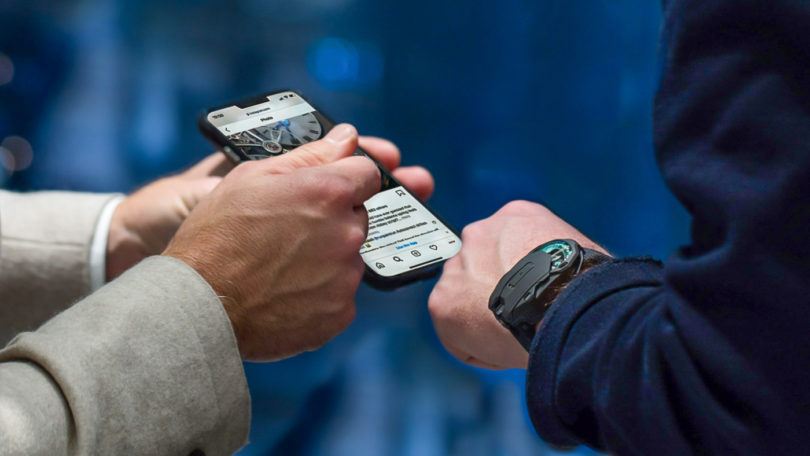 It wouldn’t be wrong to say that Instagram has been one of the most important platforms for watch lovers and collectors. Apart from sharing photos of collections and acquisitions, it has also become a place to go to sell and buy watches. For some of us, it’s also a source of entertainment thanks to hilarious memes that not only make fun of the hobby and industry but also shed a light on issues in the business. This is important because — let’s not kid ourselves — this industry has some really serious issues. Let’s take a closer look at some of them. 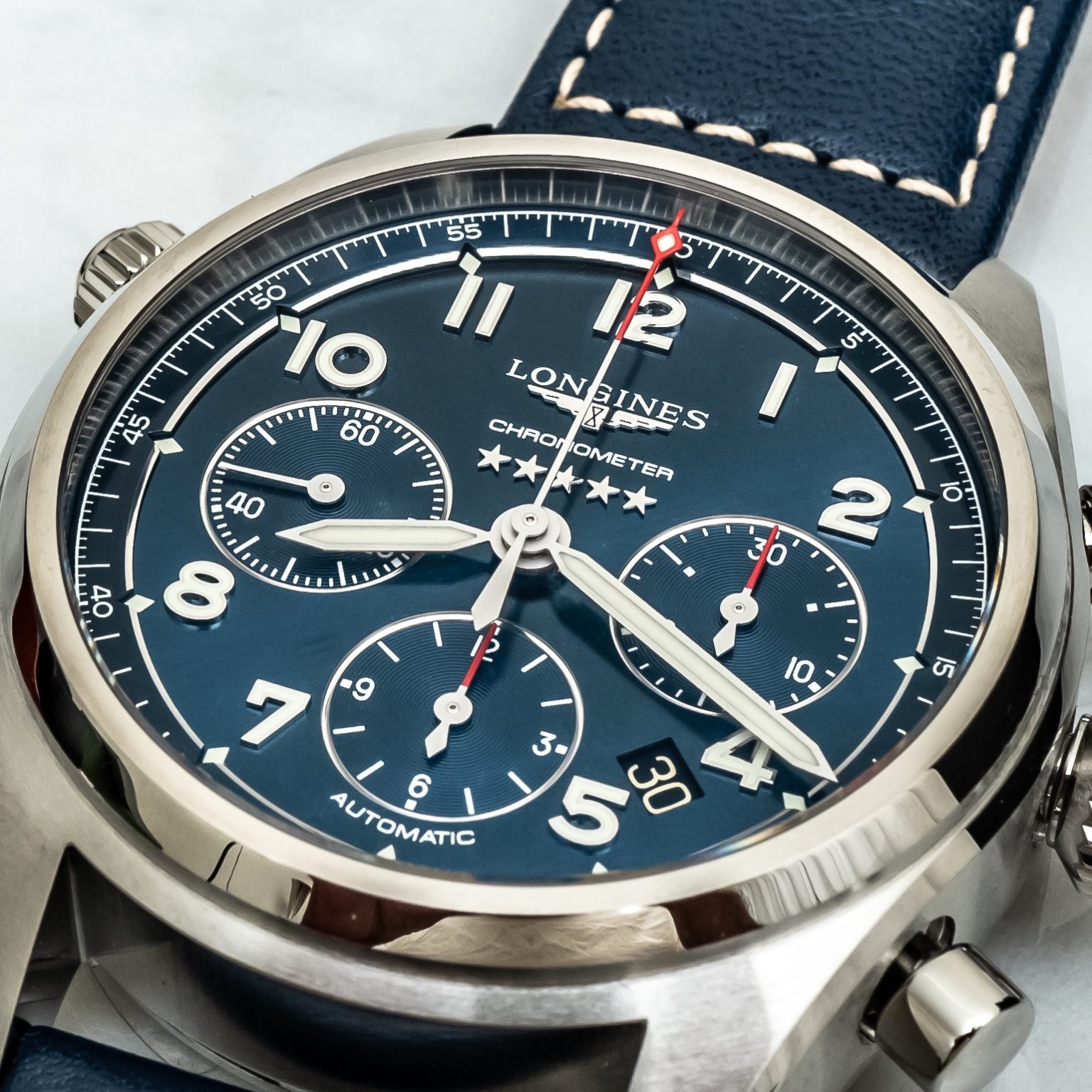 If you are looking for a chronograph with great specs that won’t break the bank, you could do a lot worse than the Longines Spirit Chronograph. The styling is nothing to write home about ― it looks like a Breitling or a Zenith. Whether that’s a good thing is entirely up to you. But the star of the watch lies within. Inside you’ll find the self-winding L.688.4, which beats at 4 Hz, has a 64-hour power reserve, a column wheel, and is COSC-certified. Pity you can’t see the movement through its solid caseback. 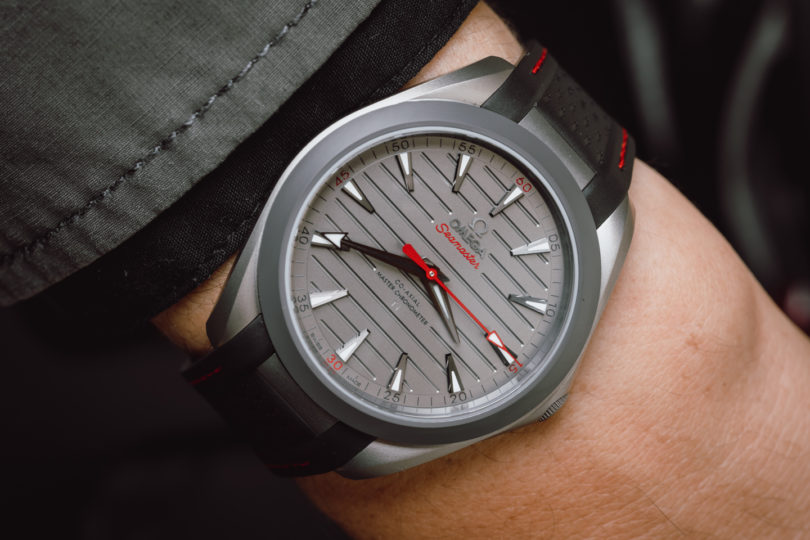 The Gamma Titanium Seamaster Aqua Terra Ultra Light is Omega’s take on a featherweight sports watch. On a nylon strap, the watch weighs a scant 55g. It’s not quite as light as some ultra-light Richard Milles, but it’s still impressive. To achieve its weight, the watch is made largely out of a new alloy called Gamma Titanium. To further shave weight, there’s no date display (hence negating the need for a date disc) and the movement is hand-wound (no need for a rotor). Furthermore, components of the movement such as the plates and bridges are made out of ceramized titanium to save even more weight. 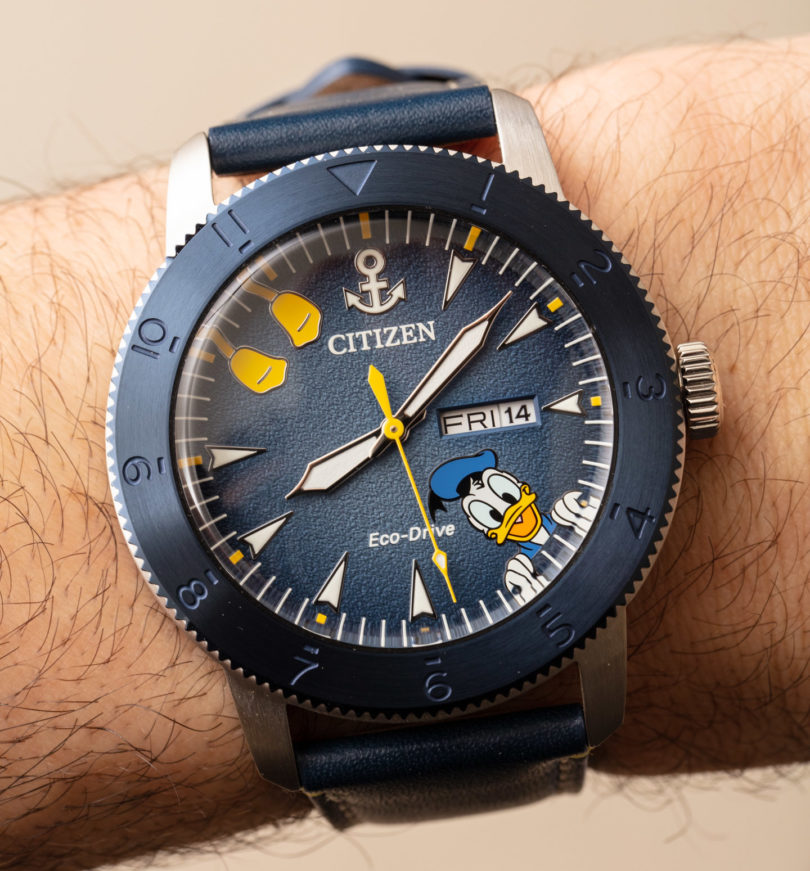 I don’t know what Citizen did to clinch the deal, but its licensing agreement with Disney allows it to make watches featuring Disney, Pixar, Star Wars, and even Marvel characters. Snobs will turn their noses up at these watches, but I think that they can be fun additions to a collection, especially if you are a fan of said properties. Me? I’m always on the lookout for interesting Star Wars watches. Here, we take a look at two watches that feature two iconic Disney properties: Donald Duck and the Pixar Lamp.

1. THE ART OF BRACELET MAKING 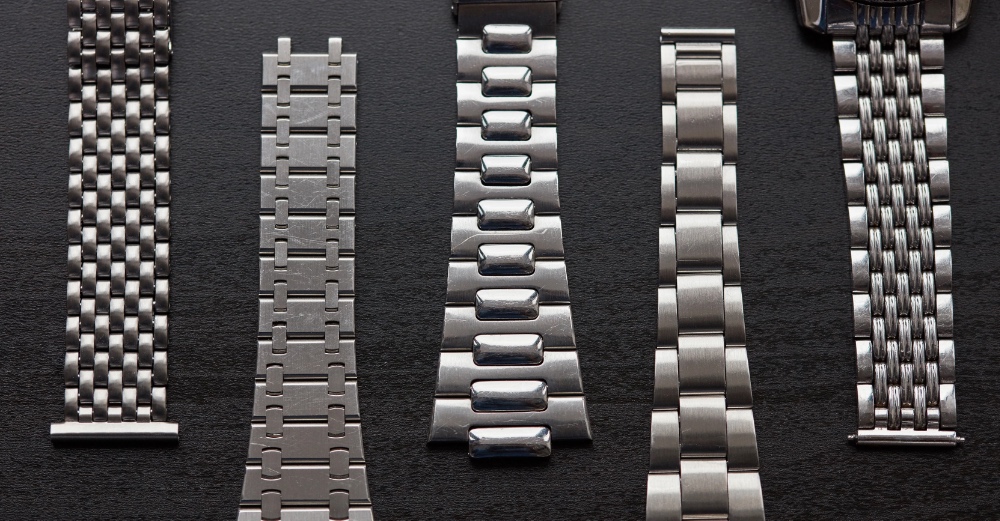 Some watches are defined by their bracelets. The bracelet gives strength to the design and is as integral to the overall aesthetic as, if not more than, the case or dial. The Royal Oak, Nautilus, and Submariner are just some examples that can be identified just by a mere glint from their bracelets. Today, a good bracelet is equal parts design as well as engineering and manufacturing. This article covers the history of bracelets, the iconic designs, how they are made, as well the most important bracelet makers that you need to know.

2. A TICKING TIME BOMB: THE INSIDE STORY OF OAKLEY’S WATCH LINE 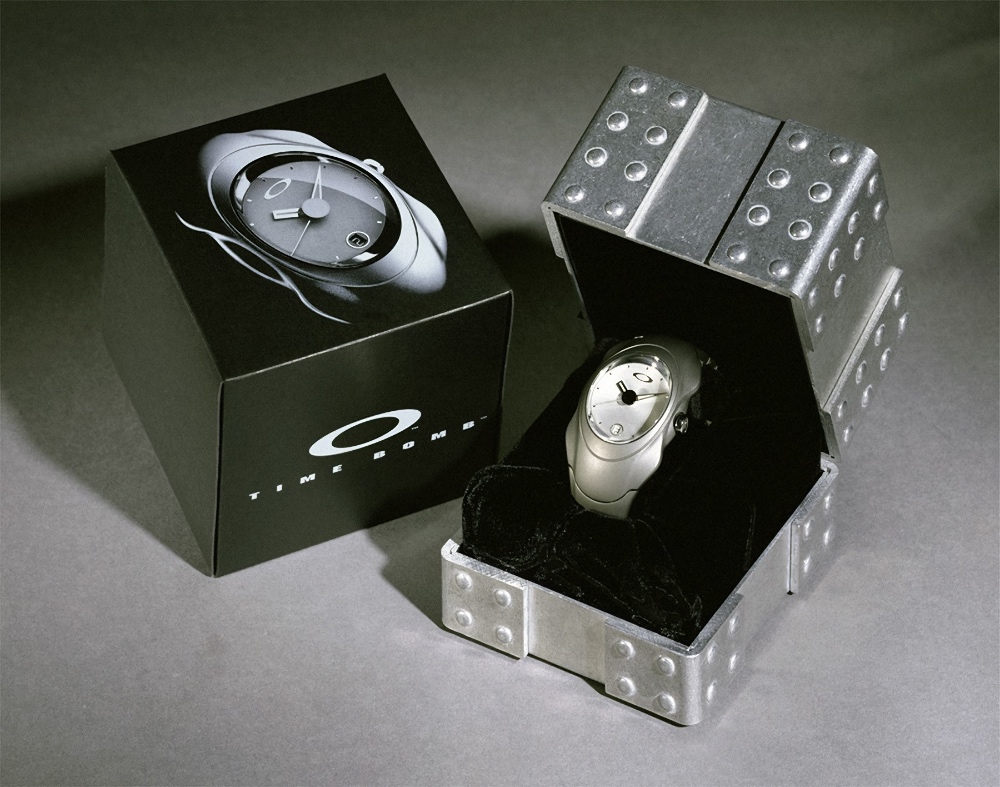 You might not be a fan of Oakley, but there’s no denying that the brand has a distinctive look that is often imitated but never duplicated. And in the late 1990s, as its sunglasses were taking over the world, the brand ventured into watches. Like its sunglasses, Oakley’s watches looked like nothing else on the market. That they came with sensational names like Time Bomb, Bullet, and Jury only added to the drama and excitement. While they were often derided at launch, open-minded watch lovers are now viewing them more favorably, praising Oakley for its bold and unconventional designs. This is the story of Oakley’s ill-fated watch line.

Rolex is what it is today in part due to clever marketing but also because of its unrelenting commitment to watchmaking. Take for example the calibre 4130 that powers its Daytona chronographs. Though it may be two-decades-old this year, Rolex has updated it continuously throughout its production. And one of the more recent upgrades to the movement is an unusual-looking wheel that drives the chronograph’s seconds wheel. Not one to shy away from technology, the odd-looking wheel is made using a high-tech UV LIGA process. Learn more about what the wheel does and how it’s made in the link below. 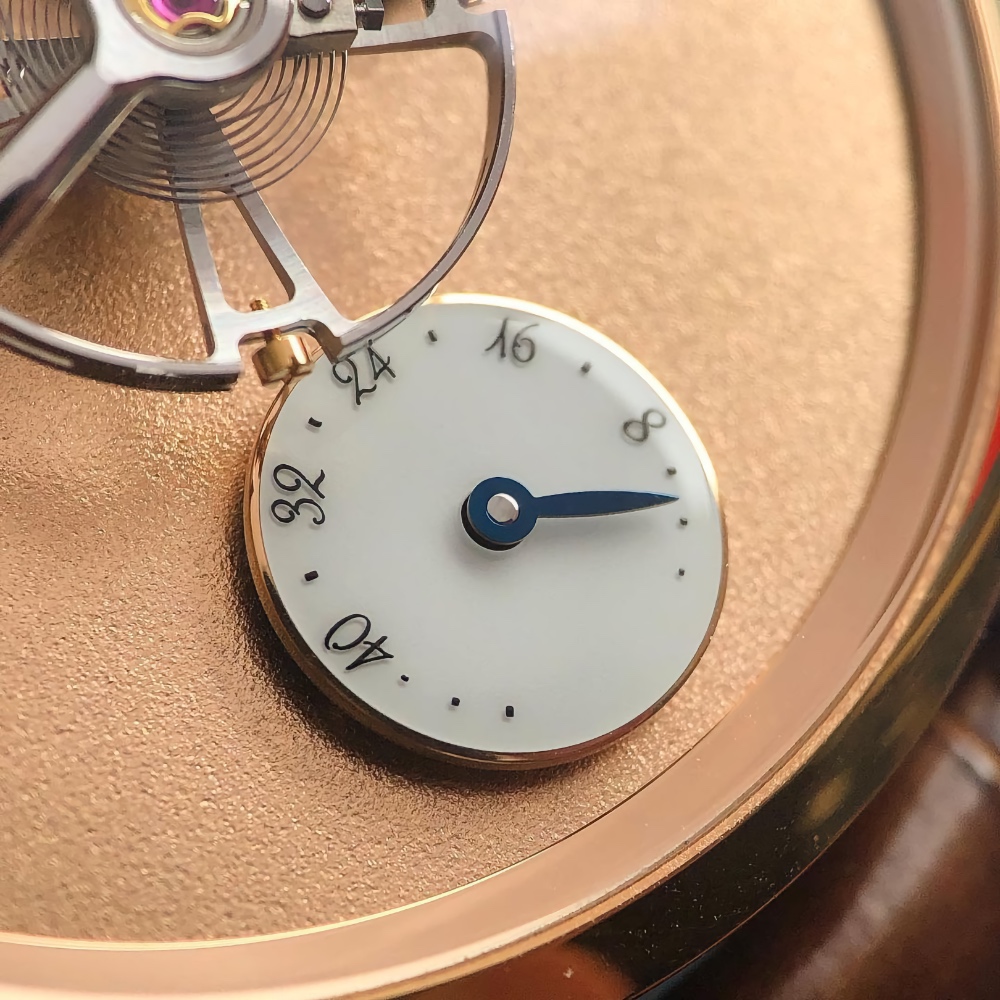 If you spend any amount of time on Instagram, then you’ve probably come across photos taken by one horomariobro. The man’s specialty is macro photography, and his photos are stunning, revealing nuances in watches that would otherwise go unnoticed by the naked eye. But perhaps most crucially, it highlights the attention to detail (or lack thereof) by watchmakers and watch brands. After all, he was one of the first to bring to attention the fact that many watchmakers fail to finish the underside of watch hands. Hit the link below to find out more. 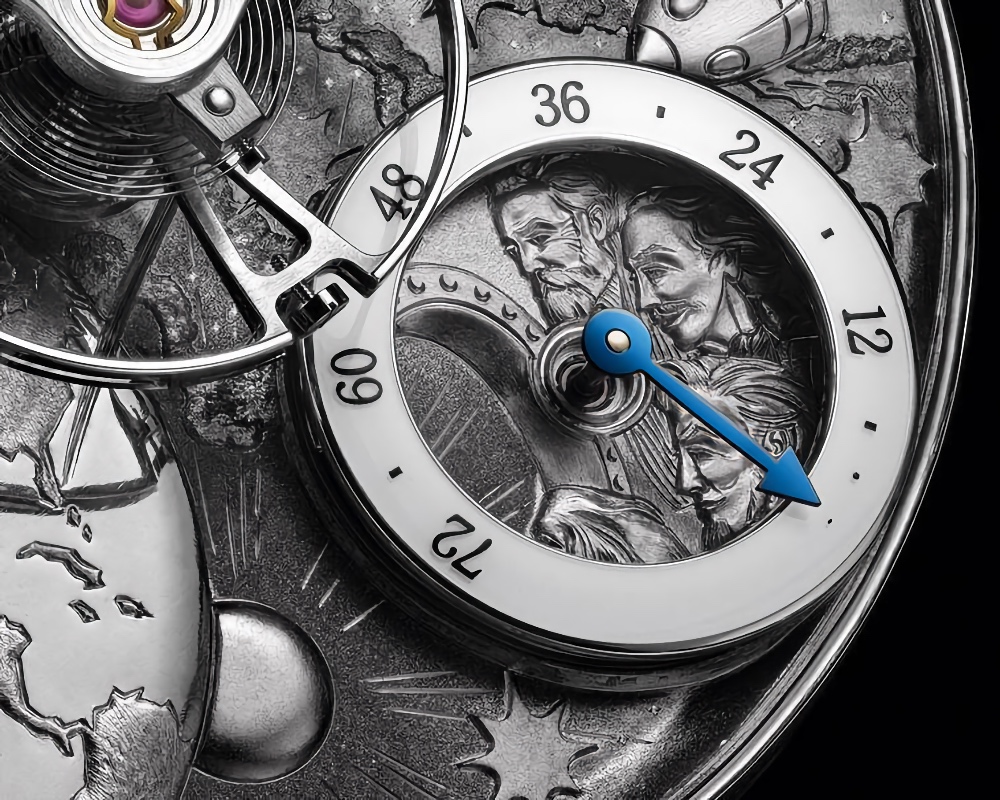 Métiers d’Art is the term often used in marketing materials to refer to decorative techniques such as enameling, engraving, marquetry, and more. Outside of ultra-complicated movements, it is the other pillar of high-end watchmaking. Its practitioners are few and far between and the pandemic is casting a gloom on the profession. Despite their skill, many operate on tight budgets, and with the demand for high-end watches at an all-time low, many are feeling the pinch and there’s a renewed fear their knowledge of crafts will disappear if these tiny home-run workshops close for good.