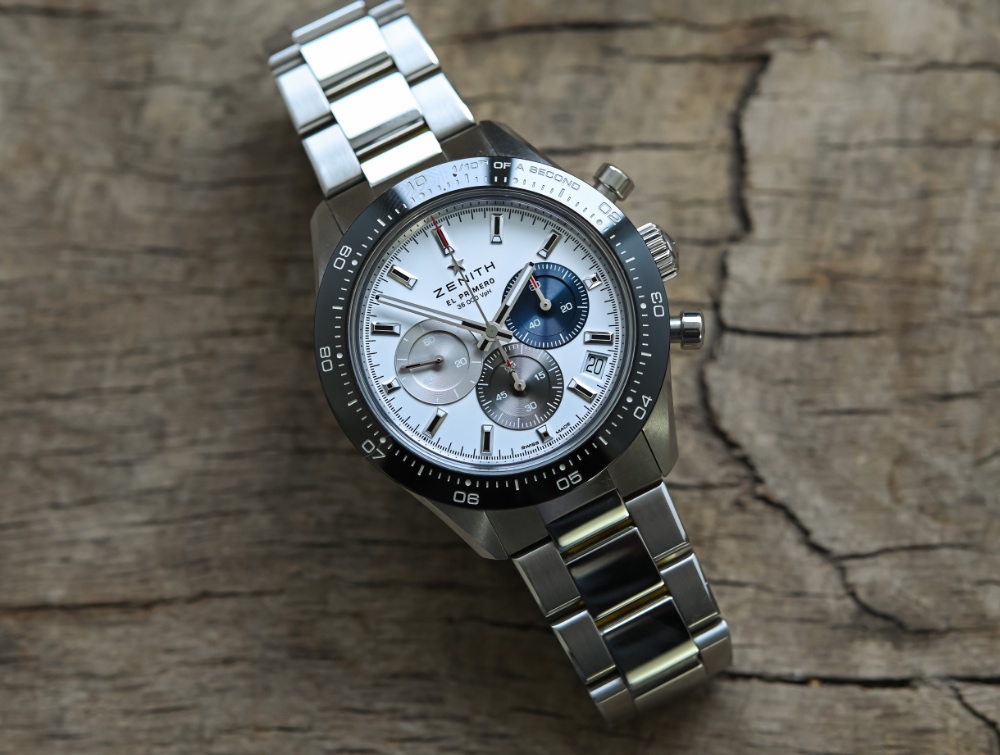 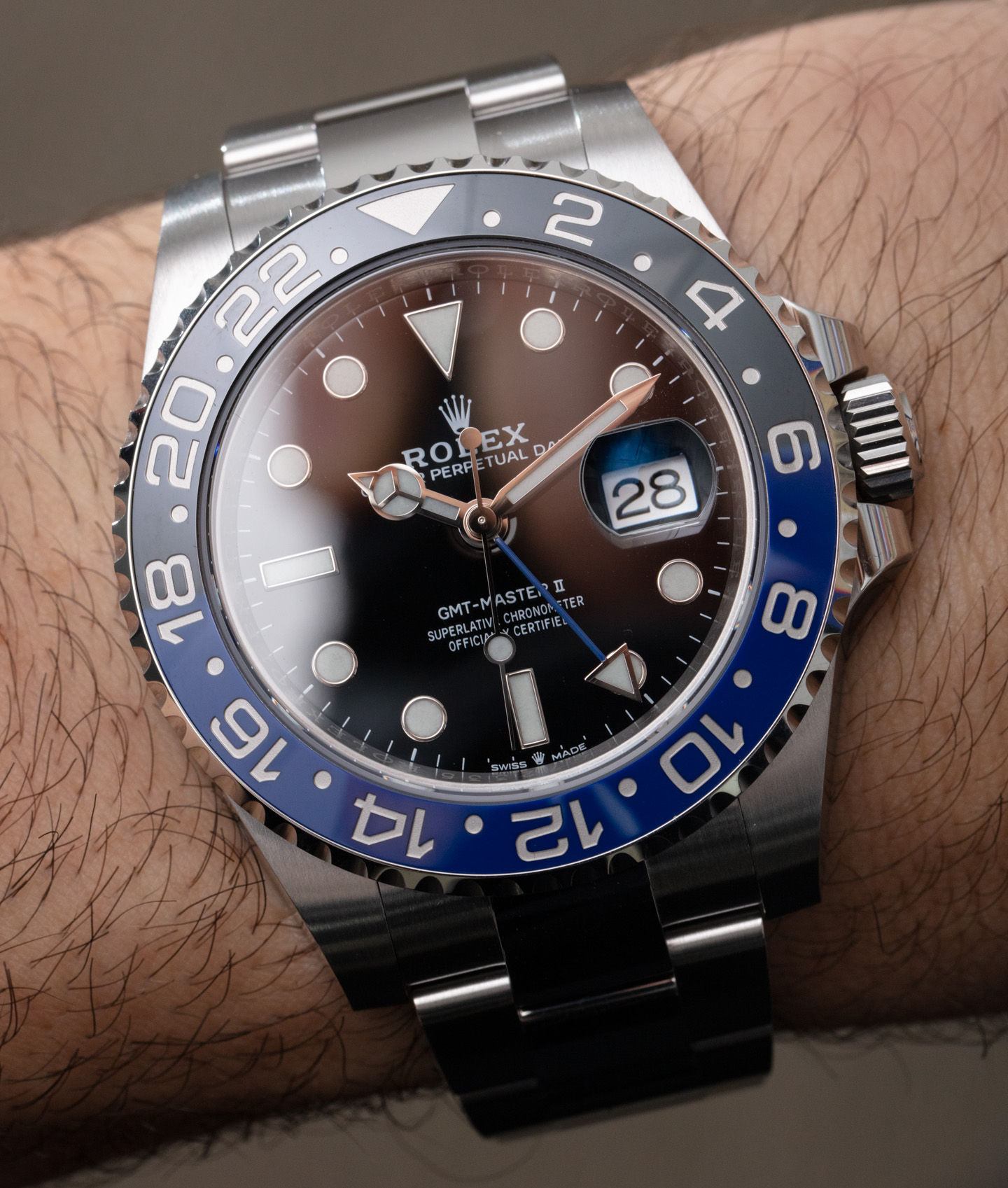 In this month’s roundup, we take a closer look at the Rolex GMT-Master II “Batman” and “Pepsi,” which are now offered with Oyster bracelets to see how they differ from their Jubilee bracelet counterparts. Next, we have new versions of Casio’s G-Shock MTG-B2000, which now come in lighter-weight carbon and steel. Finally, we try to uncover the reasons why we spend so much on luxury goods, particularly watches.

And from around the Web, we take a look at Tudor’s new Pelagos FXD, which will undoubtedly be one of the hottest watches this holiday season. We also explore some of the top chronograph watches released in the past year and look back at the impact of social media on the hobby of watch collecting. 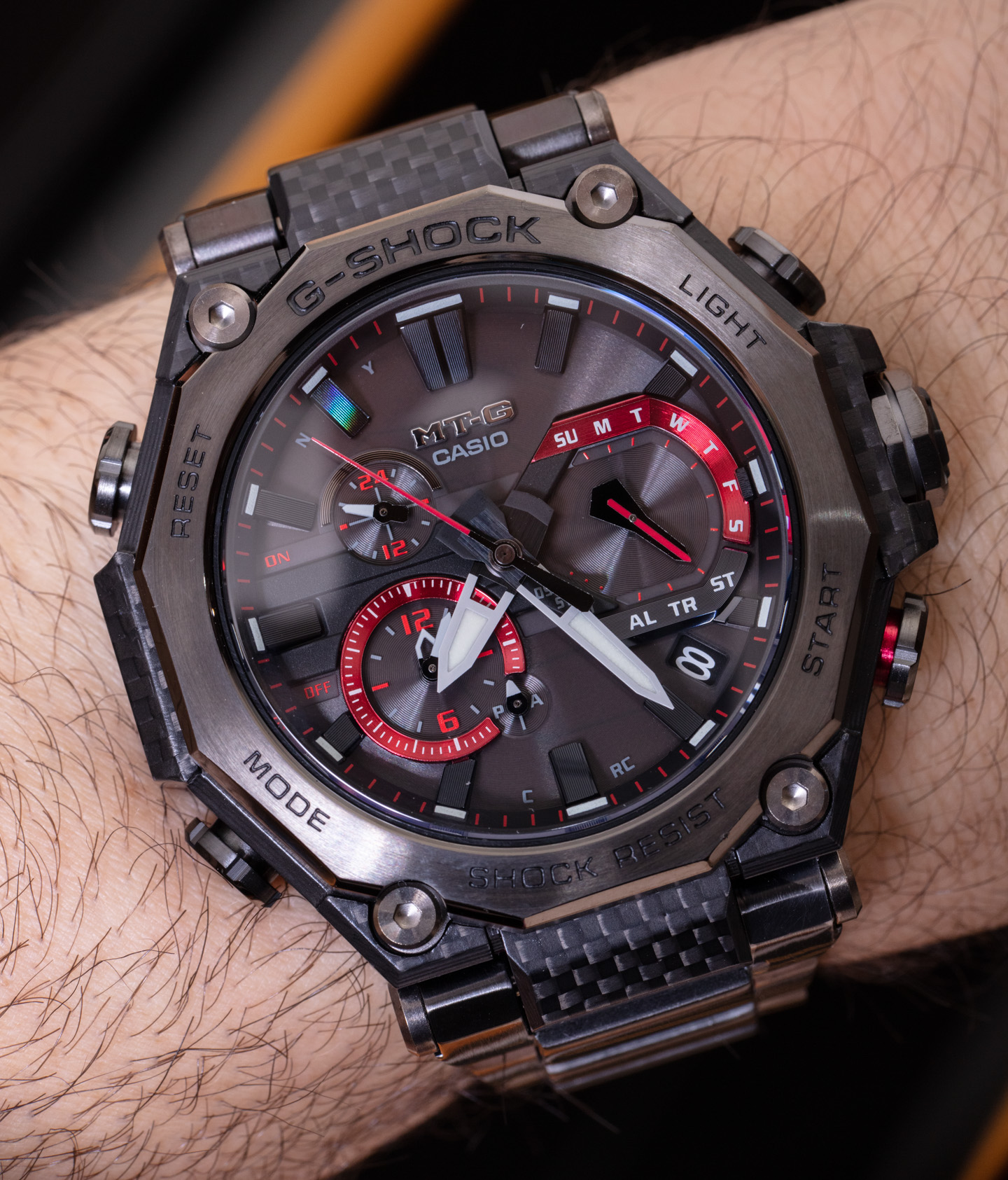 The MTG-B2000 is G-Shock’s latest version of its premium Bluetooth-connect analog-digital watch. It features metal construction, the company’s new Carbon Core Guard structure, and a ton of functionality such as solar power, radio-controlled timing, the usual chronograph, world time, alarms, and more. But more importantly, it fixes some of the complaints of the older MTG-B1000 by being less chunky and having easier-to-read dials. And now, the latest version of the MTG-B2000 takes its enhancements a step further by incorporating lightweight materials such as carbon and glass fibers and reducing weight even more, making the watch more comfortable to wear. Have they decided? You can find out in our review by clicking the link below. 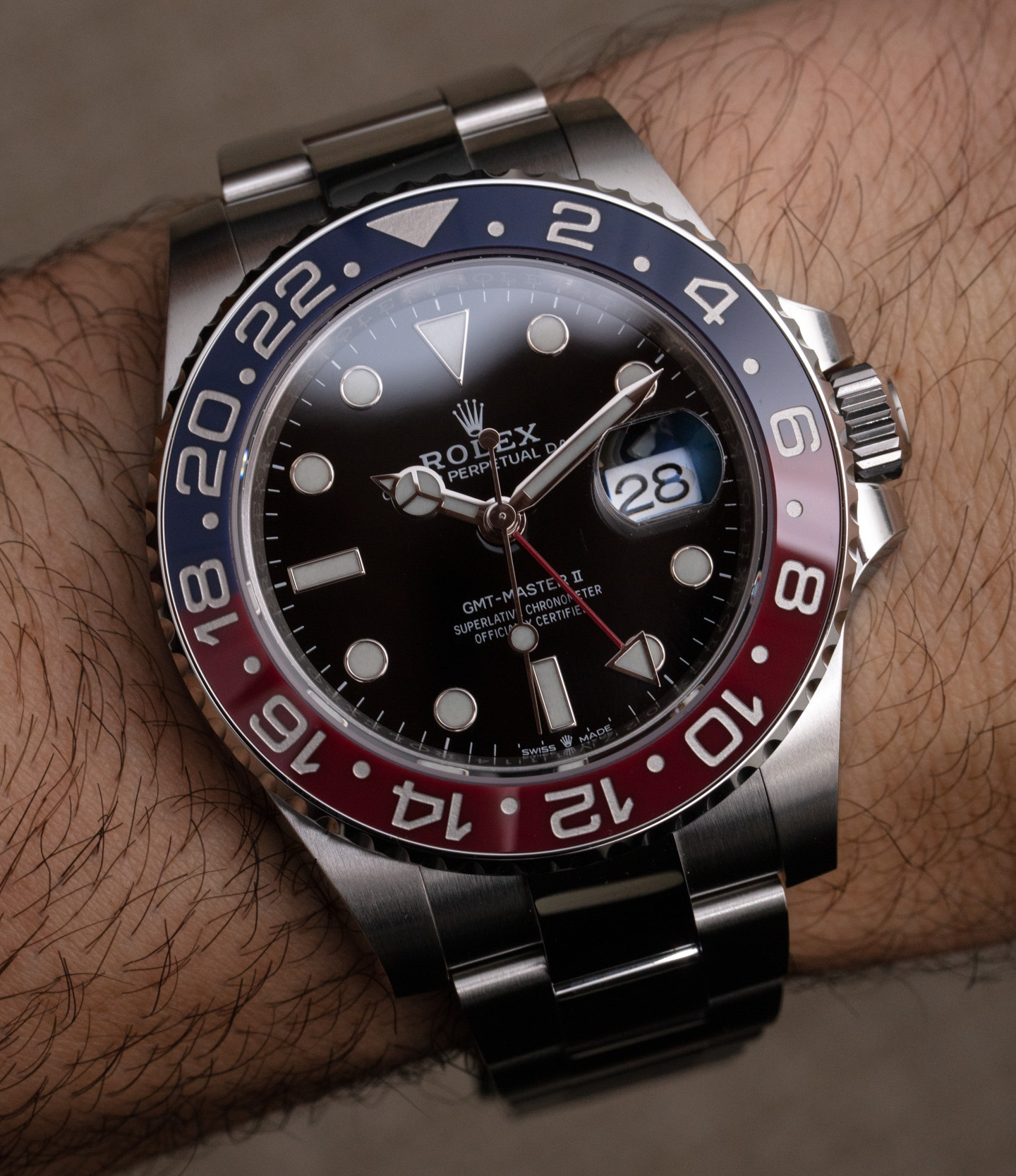 When Rolex updated its stainless GMT-Master II watches with the new calibre 3285 movement, they only came with Jubilee bracelets. Now, while I’m quite fond of the Jubilee bracelet, there was a significant number of people who were adamant that an Oyster bracelet was the only way to go. Fortunately, Rolex took heed and is now offering customers the choice to spec their stainless steel GMT-Master II “Batman” and “Pepsi” with either a Jubilee or Oyster bracelet. Obviously, the choice of bracelet greatly impacts how a watch looks and wears, so here’s our take on these watches on Oyster bracelets.

3. WHY WE SPEND MORE FOR LUXURY WATCH BRANDS 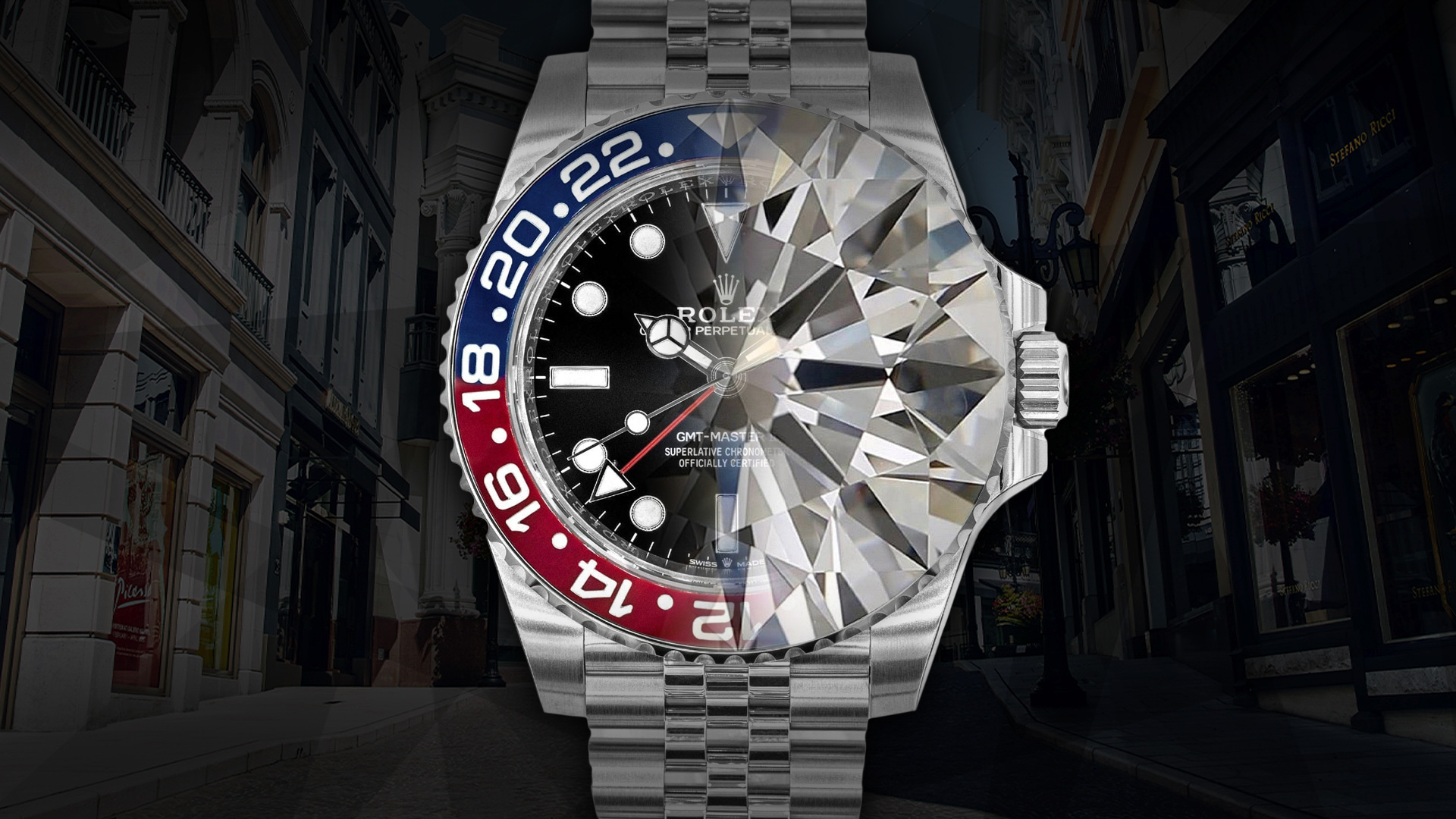 What makes people want to spend more on luxury goods? It doesn’t even necessarily have to be watches, although a case can be made that watches are the most illogical of all luxury goods purchases. Sure, luxury goods are often better made and perhaps offer better performance, but are they really worth the premium? What makes a Roll Royce cost 10 times more than, say, an Audi or even a BMW? Surely, it can’t be 10 times better. Or why does a Patek Philippe cost so much more than a Rolex or IWC? Both tell time just as well, the Rolex maybe even better. This article attempts to explain the mindset of consumers who spend on luxury goods. Perhaps it can shed some light on why some of us love watches so much. 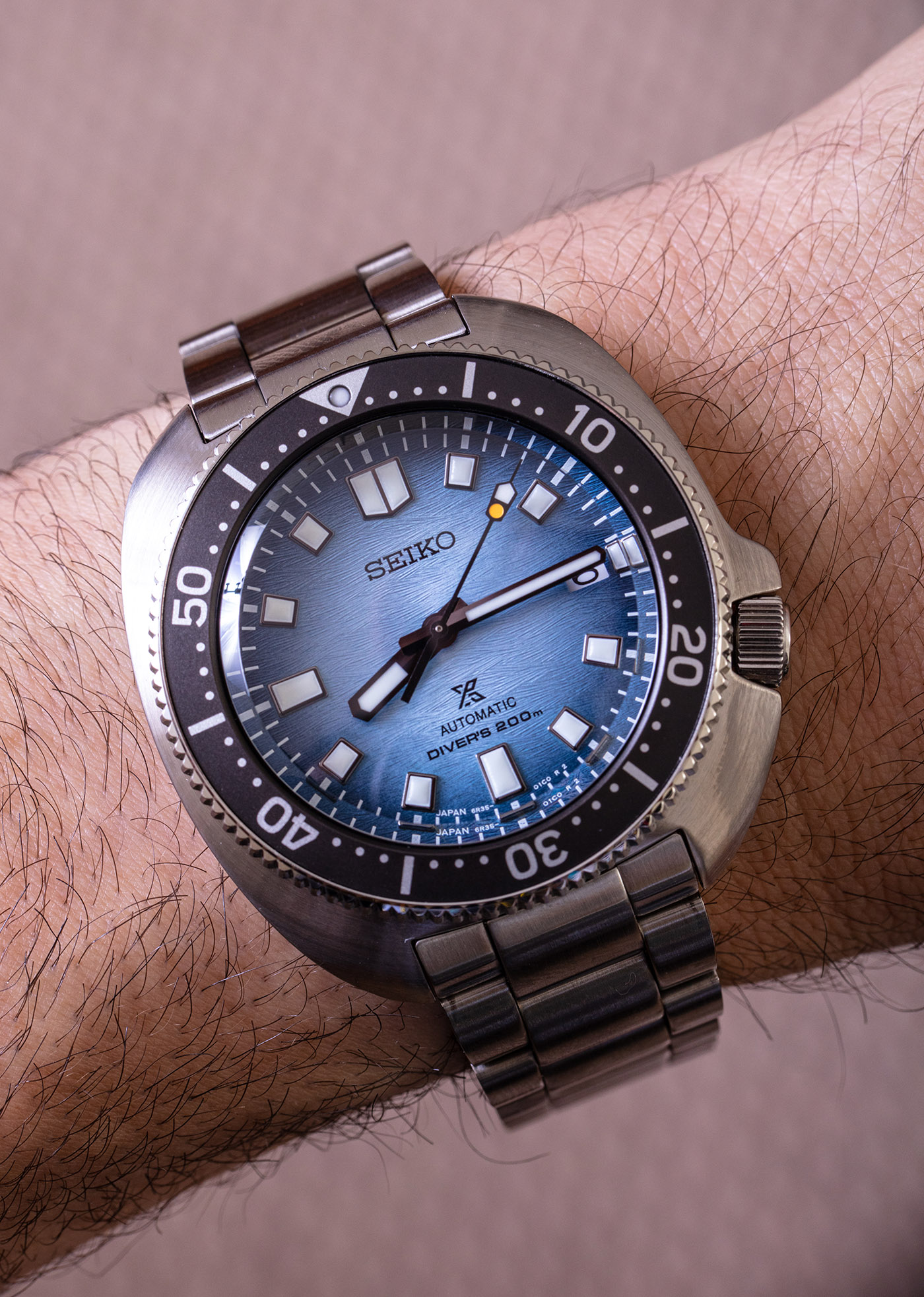 One thing Seiko is particularly adept at is releasing interesting variants of existing popular models. A fine example is the Seiko Prospex Built for the Ice Divers U.S. Special Edition series, which includes the Seiko Prospex SPB261, SPB263, and SPB265. These watches are based on the popular Prospex ‘Captain Willard’ SPB153 but with a twist. They feature dials that have arctic-inspired finishes. I think the reason they are so well received is that they give fans the chance to own a more unique version of a popular model of watch. After all, many collectors would prefer to own something that is perhaps a little more obscure and less mainstream. And Seiko’s practice of churning out multiple versions of popular models lets them do just that. 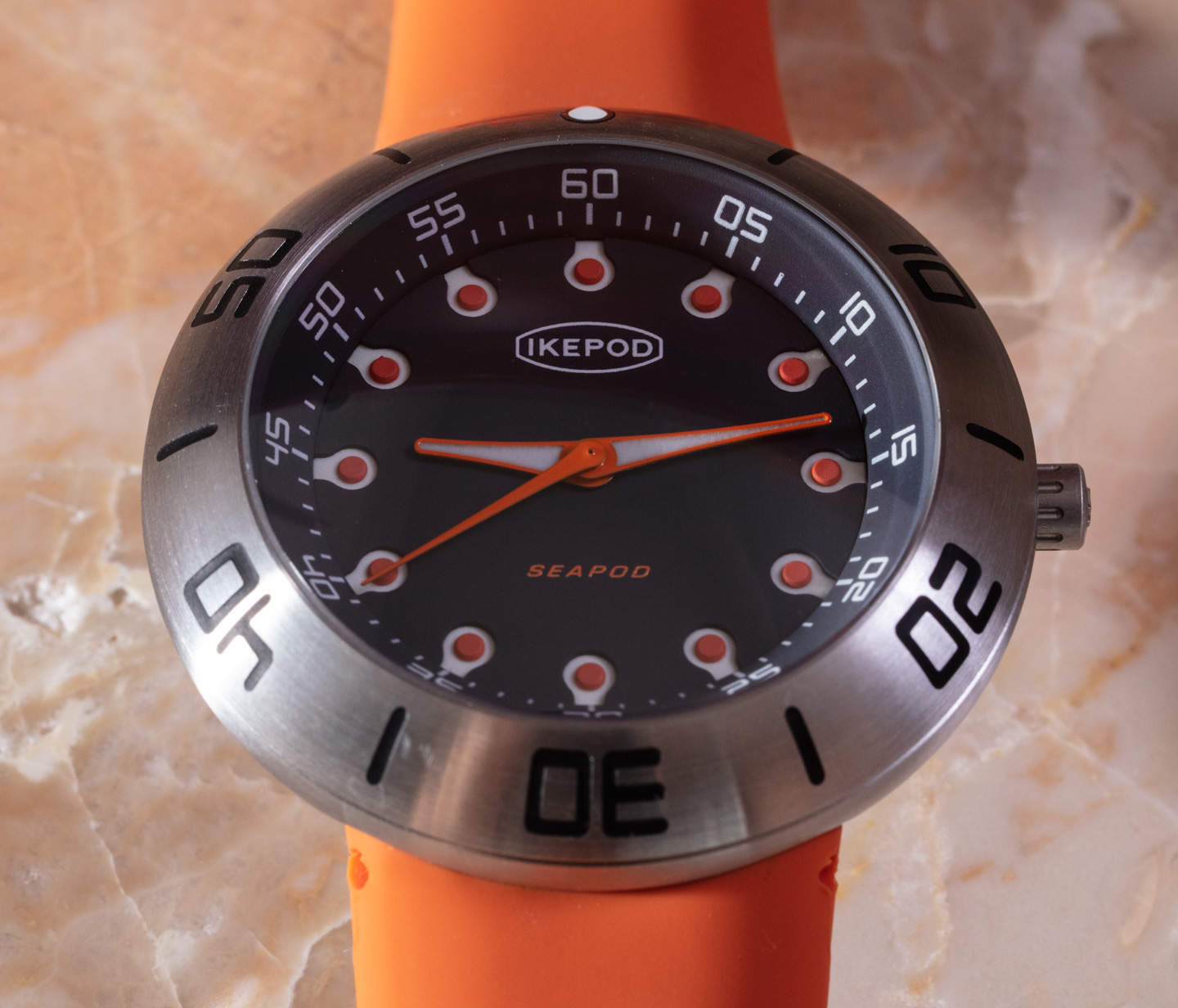 Longtime watch lovers and collectors will be familiar with the name Ikepod. Founded by Marc Newson and Oliver Ike, the brand was famous for its pod-like watches and quirky design. Though both gentlemen are no longer there, the brand continues to hold a special place in many collectors’ hearts. Recently, the Ikepod embarked on a relaunch with a focus on more affordable watches. One of these watches is a new version of the Seaslug. The quirky and pod-like aesthetic lives on in this new watch but it comes in at a considerably more accessible price point. This is a watch worth checking out if you are looking for a diver that is a lot more interesting than your usual Seikos and Sinns.